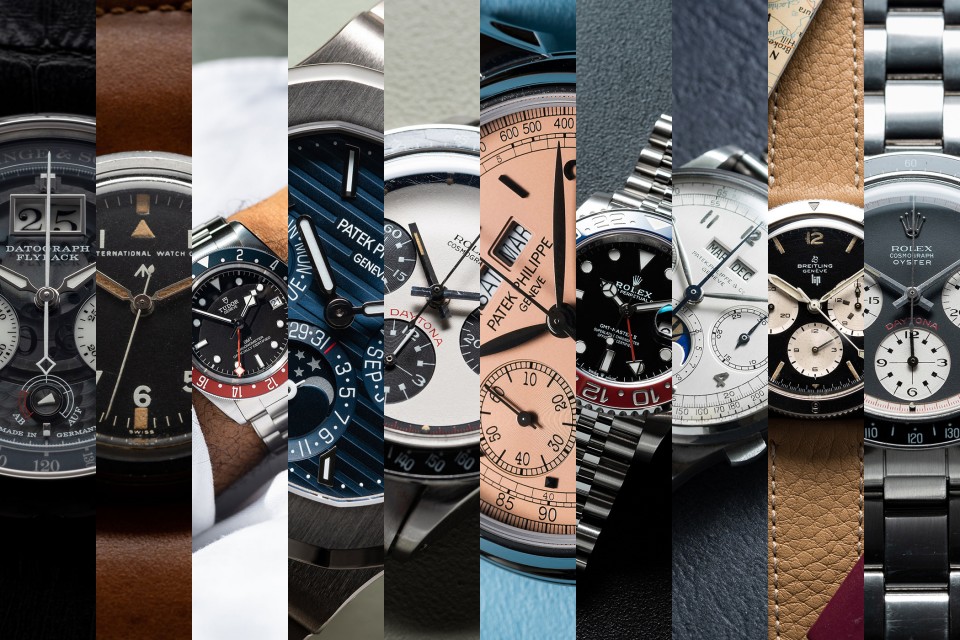 The end of 2018 is nigh and we’ve shared some interesting watch posts with you. So with that in mind, we thought we’d recap on some of our favourite watch posts of 2018. We’ve admired, written about and even had our hands-on some very exquisite timepieces from some of the worlds most renowned watch brands. We hope to bring you more of the same stuff in 2019. Thanks to all of our readers and followers, who took the time out to read, comment and share our posts – see you in 2019!

Reading your wrist in the dark can be a bit of a problem but reading and using your chronograph – even more so. A. Lange & Söhne have aided this by introducing their latest addition to “Lumen” limited edition range. Lange have been producing the Datograph for nearly two decades and this latest release is a rework of the original classic and it has been given the manufacture’s “Lumen” treatment. The Lumen series is essentially Lange’s creative take on improving legibility and uses a whole host of luminous coated surfaces to achieve this.

The Mark XI wristwatch issued to the British Royal Air Force (RAF) was aviation’s equivalent to the marine chronometer – given the nickname “Air Chronometer.” It was considered by many to be the original Pilot’s watch and was constructed to the uncompromising 6B/346 specifications, which was one of the most expensive commissions for a wristwatch by a military body and was one of the nicest miltary pieces we had the pleasure to write about this year!

This year at Baselworld, Tudor introduce their first ever proper GMT timepiece, however, their older more expensive sister also introduced a new GMT, which left a few – myself included – thinking “has been planned?” While we were assured this wasn’t the case you can’t help but think it might just have been. Regardless, Tudor’s first GMT was warmly received it would undoubtedly be swiftly compared to the Rolex GMT-Master II.

Patek Philippe has made the Nautilus in a myriad of configurations, from chronographs to annual calendars to moon phases, but for the first time, the manufacture included a ‘Grande Complication’ in the name of a perpetual calendar – the reference 5740/1G

Just last year we covered Paul Newman’s actual ‘Paul Newman’ Daytona so there’s no need to get into the minutiae of the association between man and watch but what is interesting to note is how the “exotic dial” or “Paul Newman” Daytona variations, like this ref. 6241, were hugely unpopular at the time, so much so that Rolex could not give them away. However, the moment Newman was captured on the cover of an Italian magazine sporting the timepiece, it soon became trendy. However, this 6241 had somewhat of an intriguing background story.

This year at Baselworld, Patek unveiled the newest iteration of their flagship piece, the Ref. 5270P-001. Yes, P for platinum, something they haven’t done yet on the 5270 (not including the diamond studded 5271 of course). As platinum is the king of metals and coveted by Patek collectors, it seems like this is a real push by Patek to get more people on board the 5270.

At this years Baselworld Rolex finally introduced one of the most anticipated timepieces this year. Four years ago, Rolex introduced the GMT-Master with a Pepsi bezel. Needless to say, Rolex aficionados and collectors alike greeted it with some scepticism and in all honesty, it was pretty understandable. Rolex made the new Pepsi GMT-Master entirely out of white-gold, making it one of their most expensive, mass-produced, sports timepieces, and in the process making it quite a reach for some. Fast-forward to this year’s Baselworld and Rolex introduced the GMT-Master II ‘Pepsi’ in steel but being Rolex there of course was a twist.

2018 saw us post a two part article on the peculiar economics of the vintage watch market and how watch auctions worked. Charlie Munger, the vice-chairman of Warren Bufett’s $360 billion dollar holding company Berkshire Hathaway once said, “all economics is behavioural, if it isn’t behavioural, then what the hell is it?”

The Breitling reference 765 AVI has an interesting, if not inspiring past. The AVI was first produced in 1953 and as you’ll perhaps notice was made with the military in mind – hence its large case diameter of 41mm, which probably is not considered large today but back in 1953, yeah this was a really big watch. At the time, Breitling had hoped to win a contract with the French army, however, the fact it didn’t feature a flyback function caused a few issues for them and so the likes of Breguet, Dodane and Vixa – who all made very similar looking watches, went on to supply the French army with their flyback chronographs.

As many of you may or may not know, this wasn’t the first time the man at the helm of the Phillips Watch department [Aurel Bacs] had hosted an all Daytona auction. Back in 2013, The Christies’ Rolex Daytona Lesson One sale was held, where 50 variants of Rolex’s iconic Daytona model were up for sale, at the time of this sale one Mr. Bacs was in charge of the Christie’s watch department. This year Phillips announced an auction with some exquisite timepieces for their thematic auction: The Daytona Ultimatum.

WISHING YOU ALL A HAPPY NEW YEAR AND A FANTASTIC 2019!