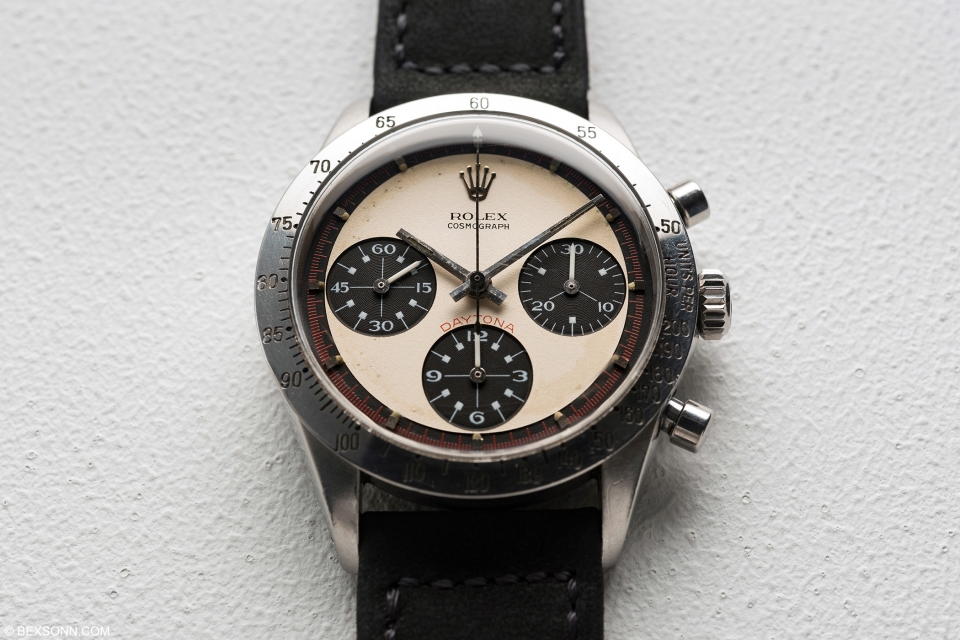 For decades, the whereabouts of Paul Newman’s exotic dial Rolex Daytona had been loosely known but it coming up for public auction, has always been the burning question. On the 1st of June, this year Phillips in association with Bacs & Russo announced that they would be holding their first New York sale but not only this of course. Headlining that auction would be Paul Newman’s very own exotic dial Rolex Daytona. This watch, in many ways, can be credited for giving birth to the vintage watch community we all know and love today. Paul Newman’s ‘Paul Newman’ Daytona can truly be considered art and easily ranks as one of the most iconic watch symbols ever! So, it is fitting that for Phillips inaugural New York auction that it would be called Winning Icons.

The whereabouts of Paul Newman’s original Rolex Daytona was has never been that much of a mystery, as it was known to still be in existence and perhaps still be within the family – the possibility of it ever coming to auction was indeed unknown. 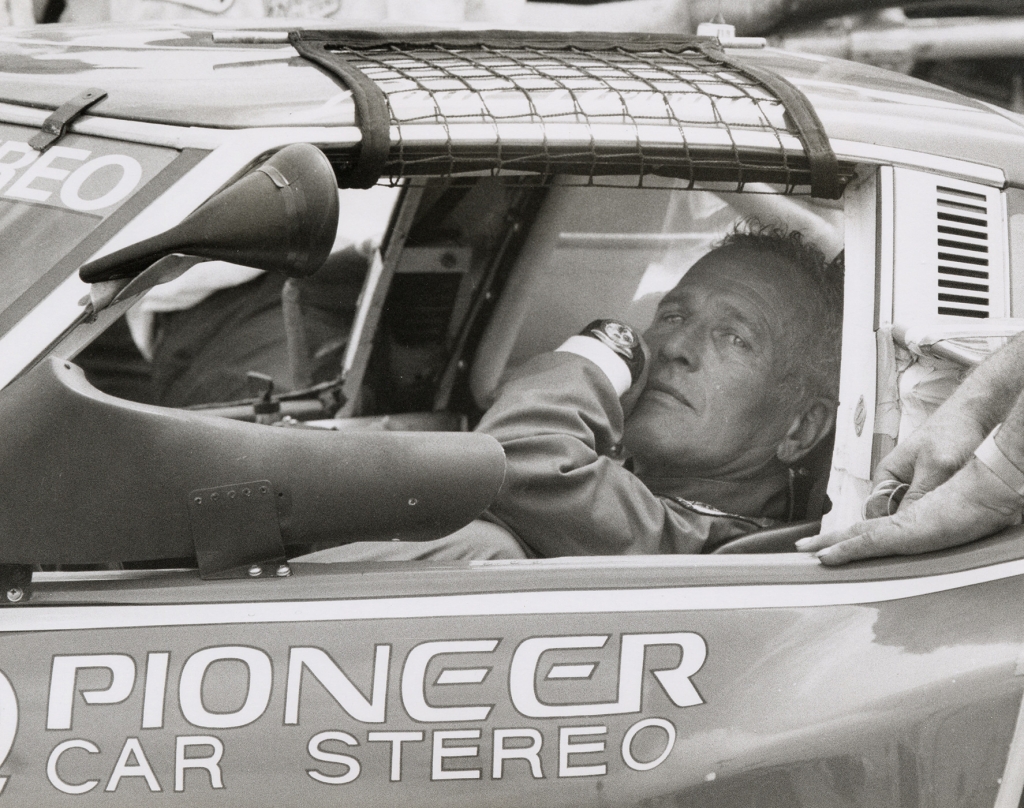 Paul Newman had long been a fan of car racing but it was his role in the 1969 film, Winning, playing race car driver Frank Capua, where his love for racing was cemented. His wife and fellow actress, Joanne Woodward, fittingly played the role of Capua’s wife. Taking place at the Indianapolis 500 Motor Speedway, the movie launched Paul’s very successful motor racing career. Applying the same methodical discipline that honed his acting skills, he trained relentlessly and would go on to win many races throughout his lifetime – even placing second at the 1979 24 Hours of Le Mans race, where it is also documented that Monsieur Laurent Ferrier and his team placed third at this very same race. 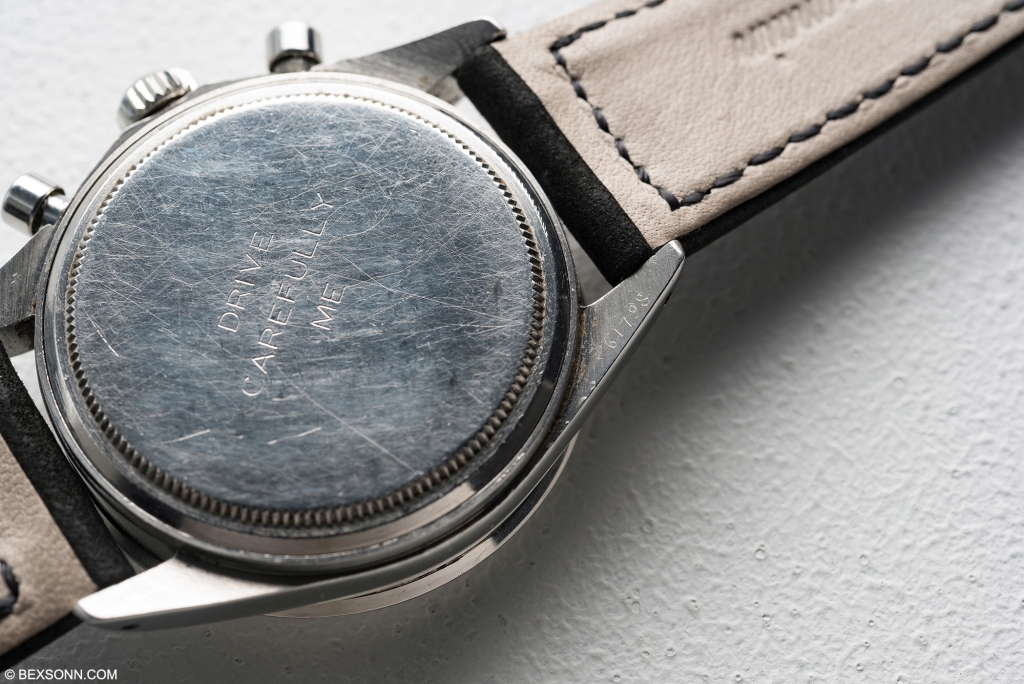 In the early days on the set of Winning, it is said that Joanne was rather uneasy about Paul’s motor racing, fearing he would injure himself in an accident. It was at this point, either during or after the filming of Winning, Joanne purchased this unexpected gift for Paul, likely at Tiffany & Co. (hence the small engraving on the one of the lugs, what is believed to be how T&Co. marked watches with stock numbers back then) – a Rolex Cosmograph Daytona – the perfect watch for the racing track, a place Paul Newman had fallen in love with. On its caseback, “DRIVE CAREFULLY ME” is the heartfelt and loving inscription Joanne had chosen to engrave for him. An inscription Joanne had specifically chosen because of her husbands need for speed on the track. 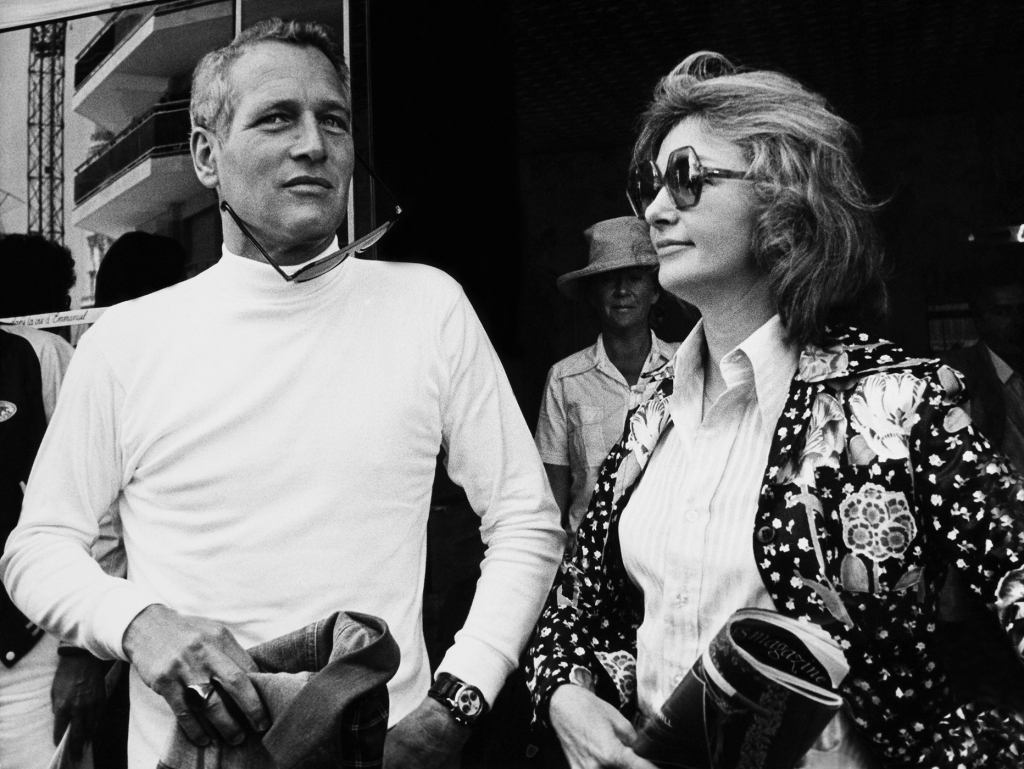 But of course, Joanne Woodward, didn’t chose just any old Rolex Daytona, she chose an unusual variant at the time of the Cosmograph Daytona – a reference 6239 fitted with what Rolex described as an “exotic” dial. Paul Newman wore this watch religiously as seen in the many images of him, on and off the track, until around 1984 at which point Paul generously gifted this watch to then boyfriend of his eldest daughter: Elinor Newman, James Cox. Ever since that day, James treasured the watch and has preserved it in all original condition. Together, James and Elinor, who’ve remained close friends, have jointly decided to sell the watch, with a portion of the proceeds going to the Nell Newman Foundation. 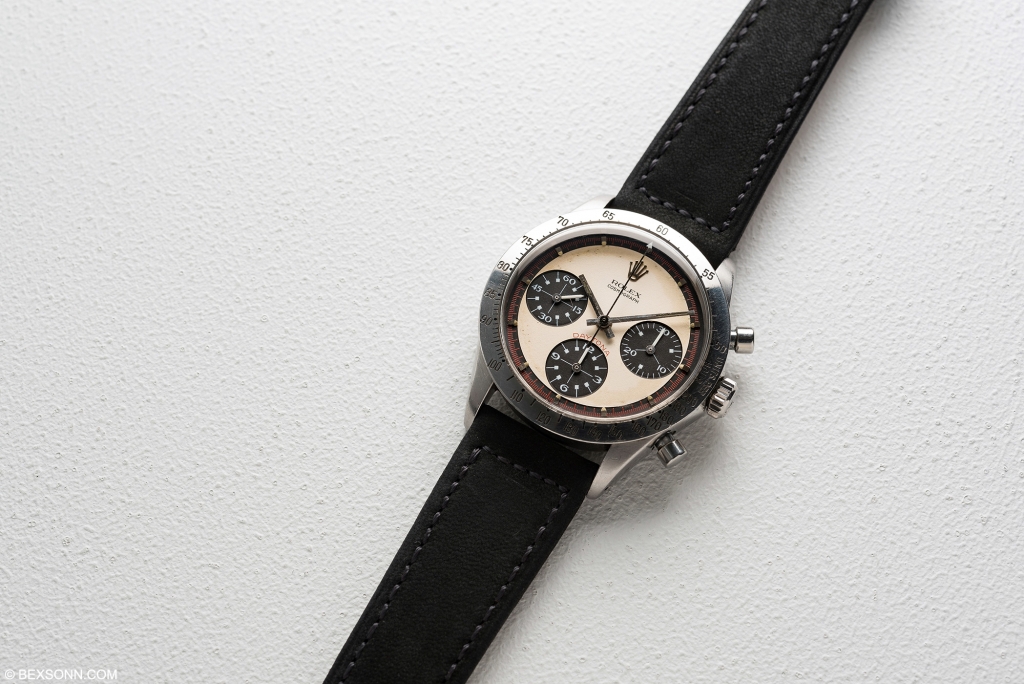 I could go on and on about the history, importance and provenance of Paul Newman’s Paul Newman but all of this information has been heavily covered in magazines, on the internet and of course in Phillips Winning Icons catalogue. But what I will get into is the moment the watch was handed to me by the impeccably helpful staff at Phillip’s London office.

Over the weekend I was in conversation with friend and fellow blogger at Fratello Watches – Michael Stockton. We briefly spoke about Paul Newman’s PN and to be honest there was a point when I’d said to Michael and to myself beforehand that I may not even cover Paul Newman’s PN, which at this point Michael said to me “You’ve got to take pictures?” I candidly replied, “Oh, of course without doubt” But even then, I still wasn’t even sure I’d do that? 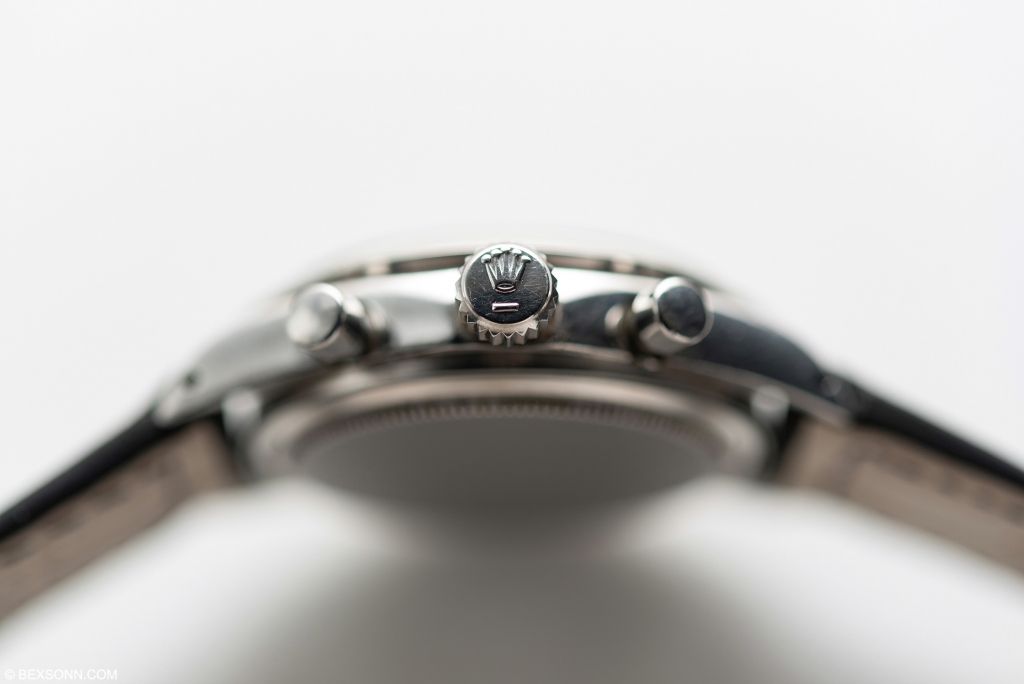 I did of course take images of the most anticipated chronograph to come to auction, in perhaps…. Ever, and though my encounter was brief it has left an impression on me. I’ve seen, held and worn many exotic dial Rolex Daytona’s, in varying dial colours and case metals but this example is unlike any other – at all. It is Paul Newman’s very own Rolex ‘Paul Newman’ Daytona, the very watch that started many collectors love affair with the Rolex Daytona.

From the moment, it was handed to me it had a certain weight to it; not physical weight but the sheer importance of who actually wore this watch, to be honest, it almost had an eerie aura to it. I literally sat there with the Phillips watch tray in my black silk glove adorned hands for about 5-minutes, without touching the watch at all – just observing and thinking about where this watch has been and what it’s endured. If watches could talk. I think Michael put it best when we spoke and he said, “It’s a little like getting 1:1 time with the Mona Lisa – to some degree” and you know what, Michael was right, it’s that and probably much more. 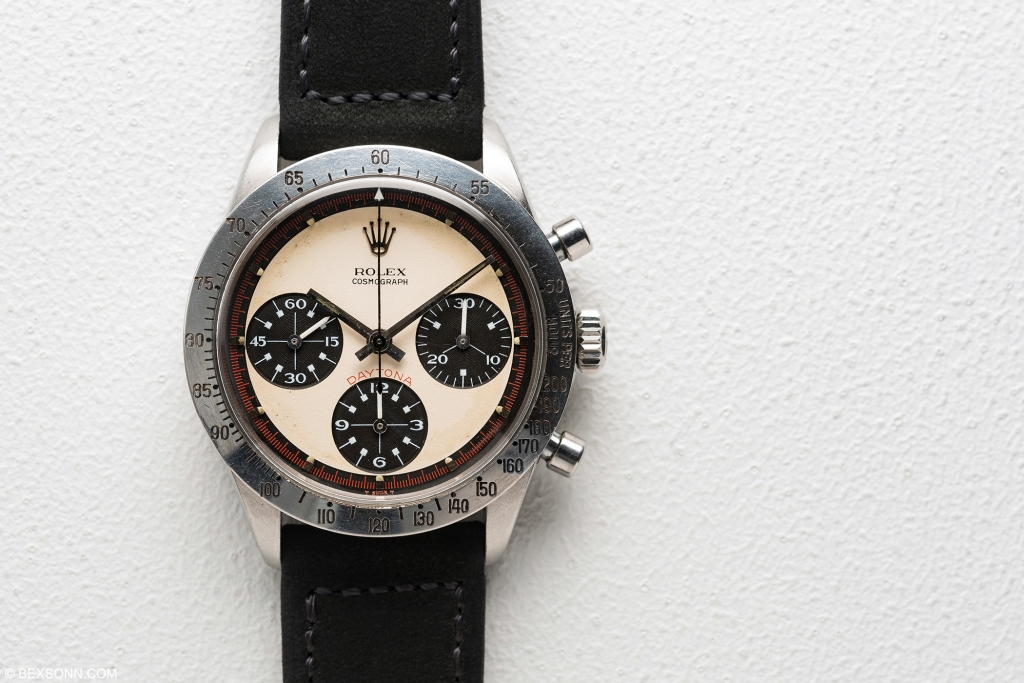 Without doubt, many have speculated on what region Paul Newman’s Rolex Daytona will hammer in at, with most predicting northwards of the $10 million mark. I think it is easily conceivable that will happen and whilst most of us watch nerds will perhaps wax lyrical about the possibly absurdity of this price mark, I think you have to consider this Rolex exotic dial Daytona transcends the name ‘Paul Newman’ Daytona.

I think what you have to remember is that Paul Newman was an absolute legend, not just on the silver screen but off it and arguably more so on the racing track and in my opinion, this is perhaps far more important. Why? Like I mentioned above in a conversation with Michael Stockton: “It’s a little like getting 1:1 time with the Mona Lisa – to some degree.” Consider this, the watch auctions for large auction houses such as Christies, Phillips and Sotheby’s make up a very small amount in their annual total income/profit, with art and cars making watch auctions, with all due respect, look like child’s play. In my opinion, I believe the car racing aspect of Paul Newman’s life will possibly have an impact on who/where this piece of history may end up. And as we’ve seen before when it comes to examples such as these in high-profile auctions, it only takes two determined bidders to get things rocking.

This aside, there’s no doubt this is possibly one of the most important vintage watches to come to auction in decades and to be honest what it will sell for is not that important to me. This is Paul Newman’s Paul Newman after all, the actor, the director, the philanthropist and of course the racing driver. An icon of style and rectitude, something of more importance than its relative price tag.

Paul Newman’s Rolex ‘Paul Newman’ Daytona will go under the hammer at 450 Park Avenue, New York, on the 26th of October and Phillips have put an estimate on it of ‘in excess of $1,000,000.’ For more information on this Lot, head over to the Phillips website. 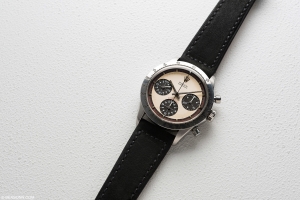 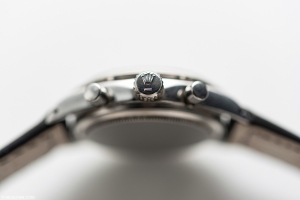 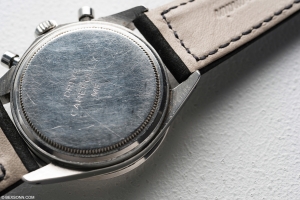 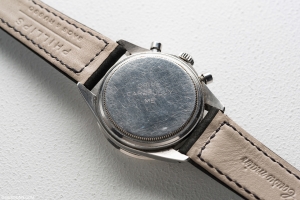 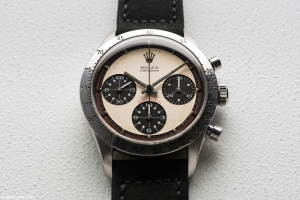 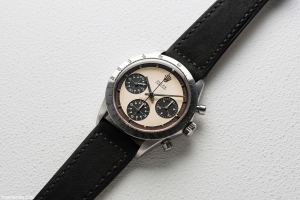 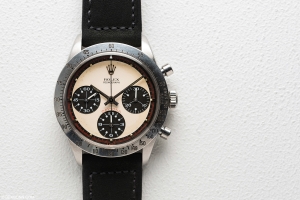 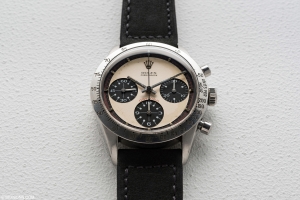