Peculiar Economics of The Vintage Watch Market Pt. I 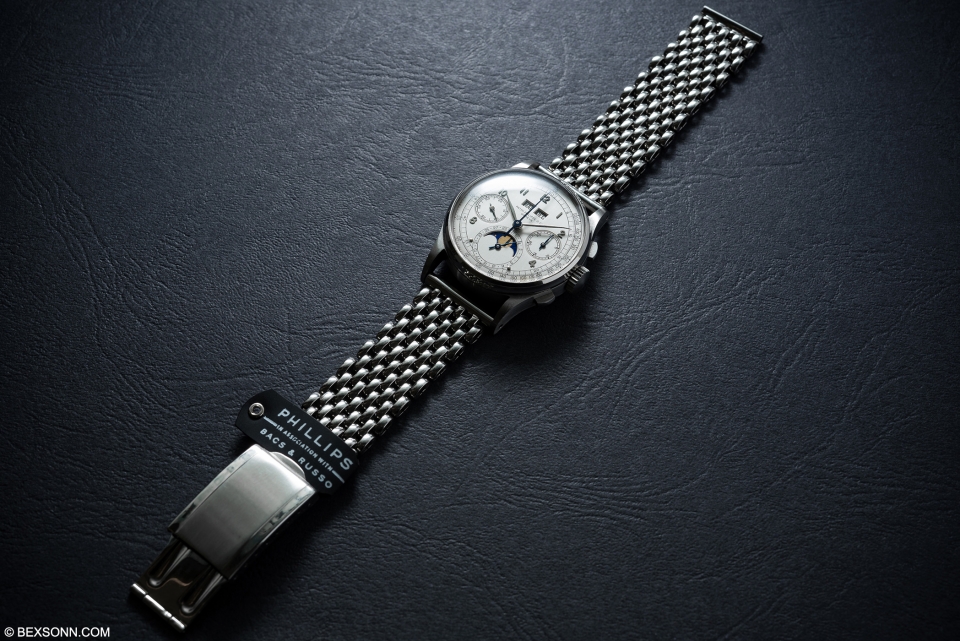 If one were to think of the word economics and all of its connotations, it would be a fair judgment to expect notions of rationality and quantifiable principles. After all, the very schools we attended taught us that the numbers must always add up, that one plus one unfailingly equals two.

This idealistic concept, paints an elegant picture and works perfectly well in the hypothetical environment of the classroom, as we are unwittingly conditioned to believe that the topic of numbers and economics is one of symmetry and coherence. However, as the rise and fall of communism will demonstrate, what works so attractively well on paper never necessarily equates to the same in reality. What we do find consequently, are pockets within the structures of society where the numbers do not add up, where the economics display a seemingly unexplainable non-linearity, which can be easily described as irrational. One of these aforementioned ‘pockets’, is occupied by the vintage watch market, underpinned by a professedly vast myriad of economic contradictions where a watch, such as a Patek Philippe ref. 2597 Travel Time. can appreciate over 300% in a single year, despite no changes to its intrinsic value. How is this possible and who decides the value of the commodity? It cannot simply be a matter of supply and demand as common law would dictate, but perhaps instead an enigma of randomness. This intangibility of value in the world of horology is a curious phenomenon that I will be looking to explore, in an attempt to rationalise the absurdity of the market. 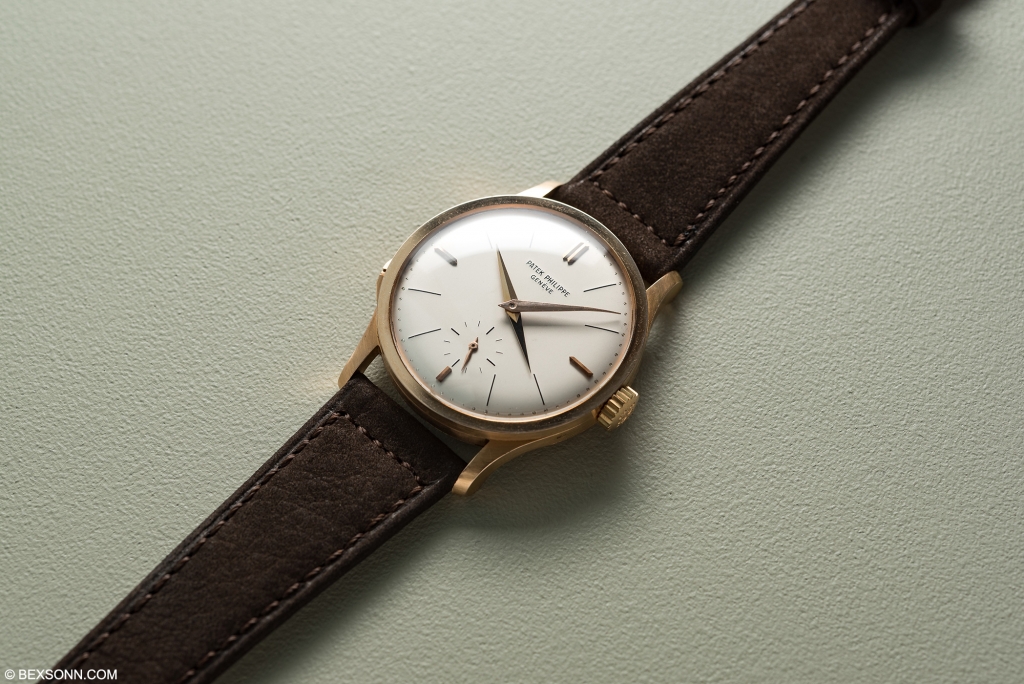 Charlie Munger, the vice-chairman of Warren Bufett’s $360 billion dollar holding company Berkshire Hathaway once said, “all economics is behavioural, if it isn’t behavioural, then what the hell is it?” In a world dominated by quantitative economics, it is both interesting and refreshing to hear one of the greatest investors of all time talk about economics as something human and organic. After all, while it is indisputable that hypothetical economics is purely quantitative, it is humans who execute these economic decisions, prompted by psychological, emotional, social and cognitive factors. The relationship between human behaviour and economic value is particularly relevant to the fundamental underpinnings of the vintage watch market as I will elaborate and break it down into two crucial sections that plays a role in dictating prices.

THE ROLE OF THE AUCTION HOUSE

At the forefront, it is important to consider the role of the auction house in determining vintage watch prices as something paramount and fundamental. Specifically, it is the stronghold of the few top auction houses, such as Christie’s, Sotheby’s, Antiquorum and most recently, Phillips that would be considered the ‘market taste-makers’ of the vintage watch scene. Their position at the top is unquestioned and consolidated, bolstered by the esoteric nature of the watch world and the consequent buyer’s over reliance on trust. After all, when in doubt, would one rather purchase from Phillips, the largest auction house in the world, or an obscure, small-scale, country town equivalent? It is evident then, that the nature of the environment is conducive for the biggest houses to monopolise the industry, perpetuating their dominance and consequentially making it easier to dictate the market. On a whole, it is the deliberate structuring of the auction environment that precipitates the irrationality of the market, one that is both theatrical and psychologically exploitative. The very concept of the auction room, where potential bidders are cramped and put against one another, is simply a petri dish for misjudged purchases and inflated watch prices. It is clear how this acts as an underlying basis for the confusing economics, largely achieved through the collision of human behaviour on the bidder’s part, with the intrinsic economic value of the commodity. 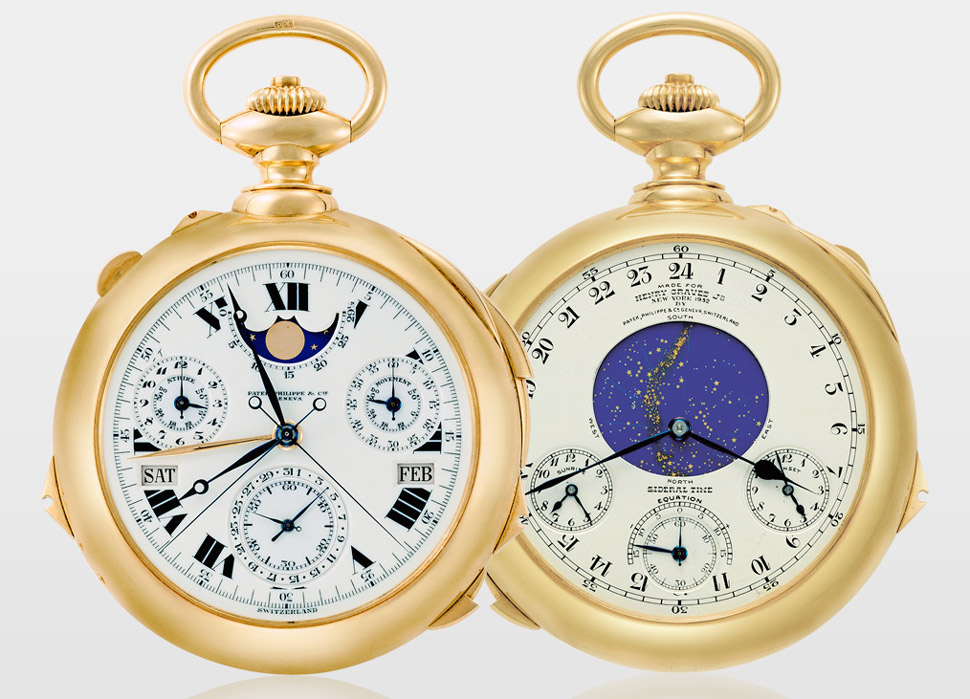 Moreover, the glamour and publicity of an auction event, is one that is meticulously curated and facilitated in order to entice the public to participate. An auction house will often have what they call ‘cover lots’ in their catalogues, which are usually watches of significant importance and high value in order to promote their entire sale and generate publicity. As an example, in late 2014, Sothebys’ Important Watches Sale had the Patek Philippe Henry Graves Supercomplication as its cover lot, a watch that held the title as the most expensive to ever be sold back in 1999, along with the watch itself being considered the “holy grail of horology.” 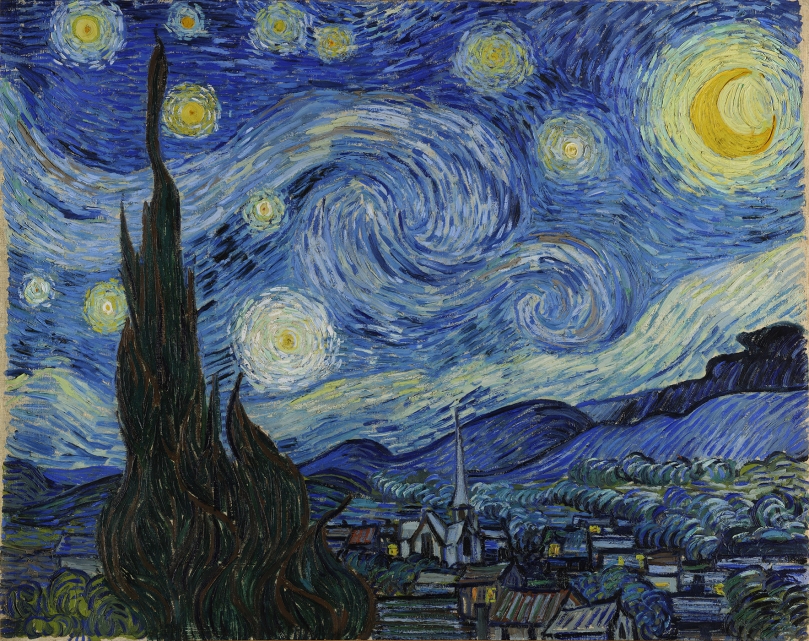 The equivalent in the art world would be if Van Gogh’s Starry Night or Picasso’s Les Demoiselles d’Avignon were to ever come up for sale at auction. Understandably, the hype and publicity the auction received was well above the expected, with reports of its impending sale littered across international news outlets and heavy coverage not often shined on the world of horology. The result? It sold for $24 million, a new world record for the most expensive watch ever sold, beating its own previous record of $11 million set in 1999. It is important not to detract from the fact that the watch is perhaps, the most important in the world, but even industry experts such as Ben Clymer of the eminent watch website www.hodinkee.com was skeptical prior to the sale, stating, “it sold for eleven [million] in 1999, but that number has proven to be untouchable since,” suggesting that even then when it sold, it seemed somewhat inflated. The pre-sale estimate by Sotheby’s was “in excess of $15 million”, a further indicator that they were unsure and did not expect such an astronomical price.

Simple economic principles cannot be attributed to explain the increase of the watch’s price, as since 1999, only one economic factor could’ve contributed to it: inflation. The cumulative rate of inflation in the United States from 1999 to 2014 stood at 41.7%, suggesting that a reasonable sale would have been around the $15 million mark, not far off Sothebys’ estimate. Other factors remained unchanged, for instance, the scarcity of the watch was the same, as there has only ever been one in the world. Additionally, the savoir-faire of the watchmaking itself could not affect it, as the watchmakers who manufactured the timepiece in 1933 without computer assisted devices, have been long gone. It seems to be clear then, that the intrinsic value of the Henry Graves Supercomplication did not play a role in the 2015 sale but instead, it was the veneer of clever marketing and publicity, instigated by Sotheby’s that played its part in the premium of the price. As a result, the immeasurability of the effect of branding and promotion in economic terms, is perhaps a large contributing factor towards the unpredictable nature of the vintage watch market. 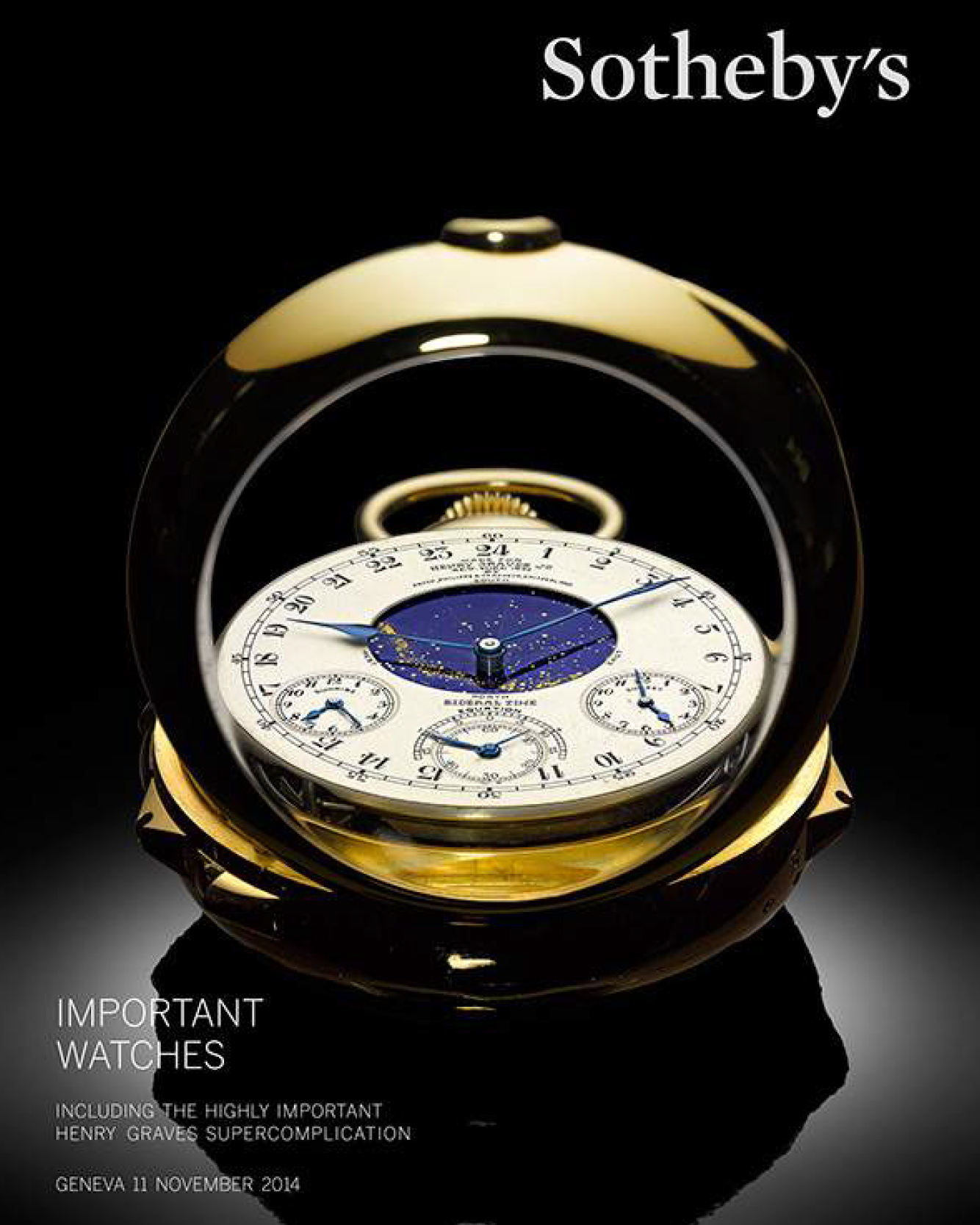 While the cover lot of Sotheby’s sale did exceptionally well, what is interesting to note is how it affected the other lots in the auction. The increase in coverage of Sothebys’ Important Watches Sale, caused by the Graves Super-complication of course, inadvertently shed publicity on the event as a whole. The sale total amassed over $33 million, a record for the highest total for a watch auction. Even without the cover lot, its total stood at over $9 million, a healthy $1 million above the past 12-month average for Sothebys’ watch sales. This is a deliberate tactic adopted by auction houses as the cover lots are used to induce inflationary prices not necessarily to itself, but instead to everything else on offer. Auction houses are known to consign highly famous and expensive objects for cover lots, charging no fees and making no profits, simply just to generate attention and cast eyes on its other objects for sale. It is such manipulative structures that contribute to the irrationality of the market, as it seems apparent that a watch’s price achieved at auction is highly dependent upon the cover lot it is sold alongside.

As part of the theatricality of the auction houses, the instigated publicity and hype acts as a precursor, whetting the appetite and imaginations of the public. However, at the end of the day, the auctioneer has to perform, working in concert with the generated build up to finish off the show.

The role of an auctioneer cannot be underestimated as it is he who has to make the event a showpiece of excitement and adrenaline, ensuring the bidder’s do not fall into boredom. Particularly to watch auctions, the importance of personnel is crucial. The watch auction world is a fascinating one. In no other part of the industry can fortunes change as quickly with the coming and going of specialists and experts. The auction world is incredibly personal and consigning and bidding is often done via personal contacts with auction house representatives who have, over time, gained the trust of these clients. 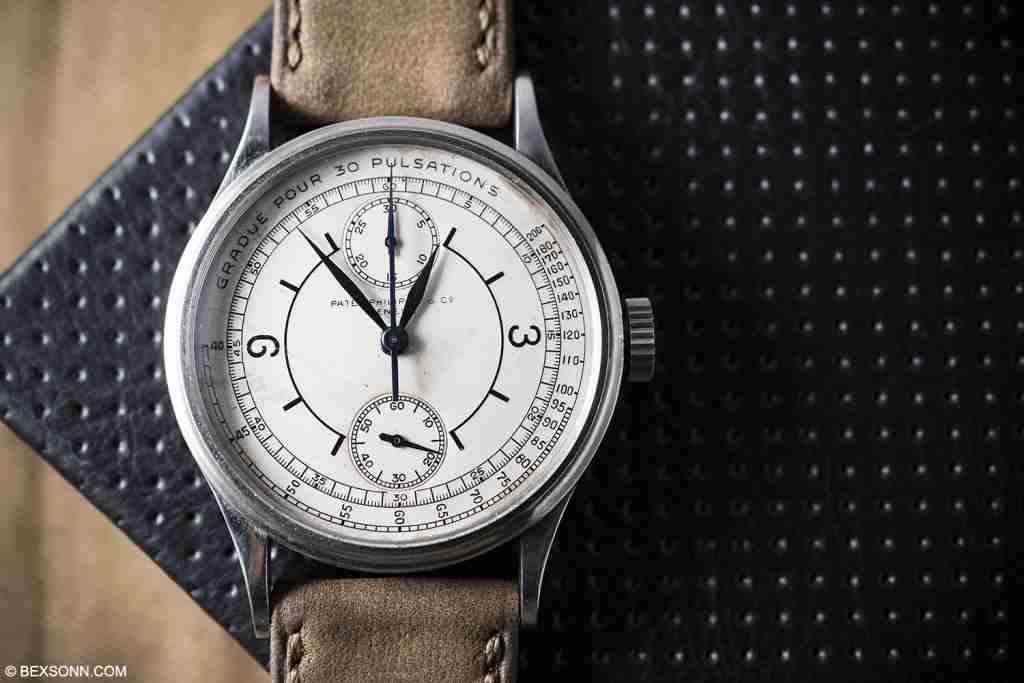 1927 Patek Philippe Mono-Pusher Doctors Chronograph Ref. 130 from Phillips Auction, which sold for a record-breaking 4.4M Euros at the time

Such as the appointment of Aurel Bacs in 2015 to the newly formed Phillips Watch department, a move seen as a game changer that threatened the previously top three of Christie’s, Sotheby’s and Antiquorum. Bacs had previously been the international head of watches at Christie’s, propelling it to the top as the undisputed leader in vintage watch auctions, raising yearly sales from a paltry $8 million to over $130 million in under a decade.

As a result, through his professionalism and performance as an auctioneer, he built up an untouchable network of clients. The manner in which Bacs conducts himself on the rostrum is truly impressive, alternating between speaking English, German, French and Italian depending on the nationality of the bidder. His presence and passion are contagious, and his knowledge of vintage watches is second to none. As a result, the first Phillips watch auction realised a total sale amount of $31.8 million, subsequently breaking the world records for most expensive steel watch ever sold, and most expensive Rolex ever sold. Additionally, it beat its low pre-sale estimate of $12.6 million by over 250% and selling 97% of its lots. It is important to emphasise that when this occurred, the Phillips watch department was only 6 months old. While it has been mentioned that the monopoly held by top auction houses is facilitated by the precariousness of the vintage watch market and the clients’ trust towards bigger houses with more resources, an anomaly in that statement would be if specific important personnel were to leave and join a smaller house, such as what Bacs did.

Moreover, his return to the rostrum with Phillips generated much excitement, adding fuel to the fire for what was to be a record-breaking event. The combination of these scenarios, underpinned by Bacs’ ability to arouse interest in the audience certainly played a protagonist’s role in the extraordinary prices paid.

On a whole, it has been demonstrated that the qualitative and inexplicable nature of the vintage watch market is in part incited by auction houses through the deliberate construction of shrewd structures that capitalise on bidders. But of course, this is the role of the auction house and as one knows it takes two to tango.

Stay tuned for Part two, in which I will go into detail about the psychology of the buyer.