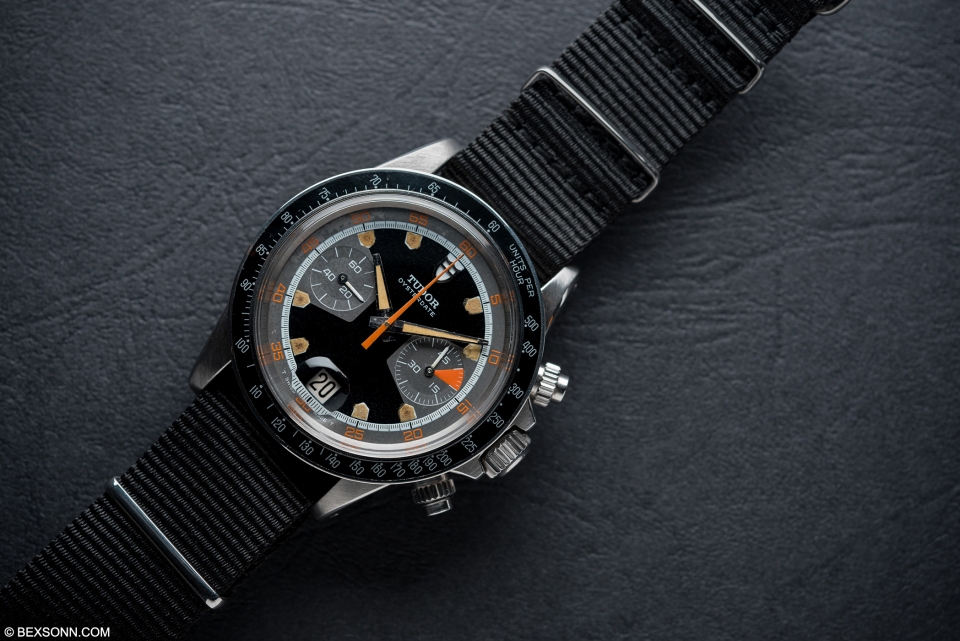 Over here at Bexsonn, we just can’t seem to stop talking about Tudor. From infiltrating the modern section with impressive pieces such as the Pelagos LHD to the recent vintage auction highlights from Christies and Watches of Knightsbridge featuring a Submariner Ref. 7924 and a Marine Nationale Snowflake respectively. That said, while we’ve taken an in-depth look before at the Monte Carlo, I think it’s fair to say this one is a bit different.

You have to remember, while Rolex arguably holds the brand history and prestige, they also made more timepieces, in comparison to Tudor. In a world where disposable income is abundant, collectors are increasingly clamouring for rarity, for distinction from the rest, and to own that ‘sure you have money, but that’s not enough’ timepiece. This notion coupled with the very admirable marketing strategy the modern-day Tudor has taken, they have reinvigorated the brand with a cool factor and incredible quality at very low price points; it is easy to see how the appreciation for both modern and vintage Tudor continues to grow. 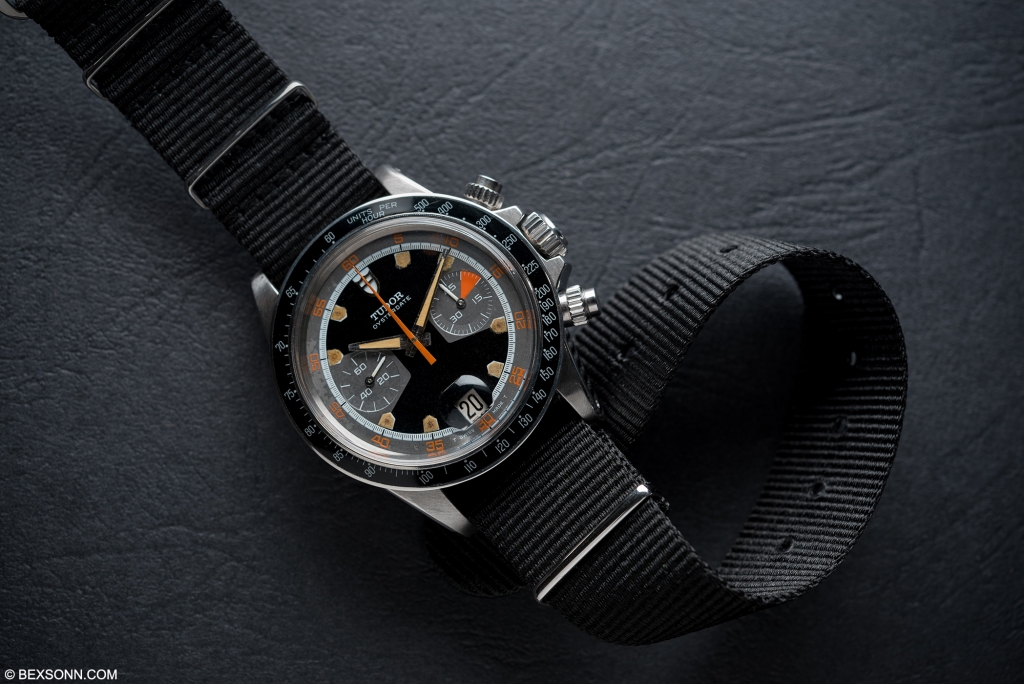 With an introduction like that, of course we are continuing with Tudors and boy do we have a serious one this week – a Tudor ‘Home plate’ Monte Carlo Ref. 7031/0, with a black dial(!) So some of you may have just read that and gone, ok so, just like the one they reissued, right? What’s the big deal? Well, I’ve seen this phrase thrown around ridiculously for just about anything, but in the context of this black dial ‘Home plate’, it is most apt to say: ’If you know, you know.’

Take the Paul Newman Daytona, rare right? Arguably, yes. How about the Military Submariner? For sure. But a Tudor ‘Home plate’ Monte Carlo with a black dial? There is only a dozen or so known out there which doesn’t take a mathematician to deduce that it firstly: puts its Rolex counterparts out there to shame and secondly: makes it one of the rarest vintage watches in the market. 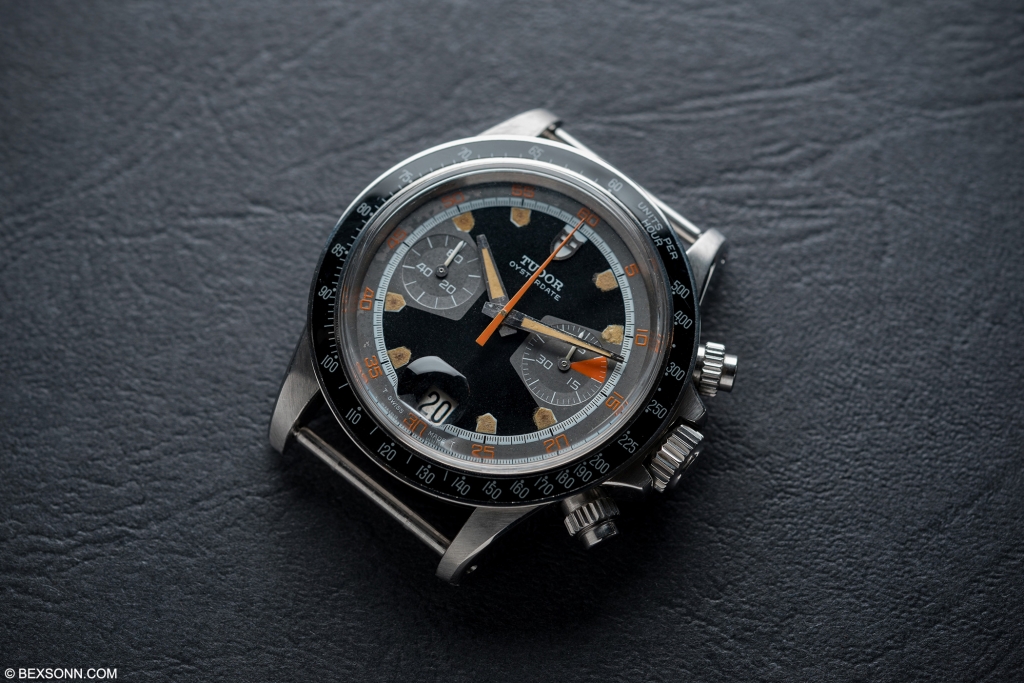 The Tudor Monte Carlo Ref. 7031 (black acrylic bezel) and Ref. 7032 (Steel bezel) were the first chronographs ever produced by Tudor back in 1970. Nicknamed the ‘Home plate’ due to the luminous hour markers resembling the home plate of a baseball field, it was released in a huge 40mm case with crown guards and screw down pump pushers. In comparison, its Daytona contemporary at the time was sized at a more conservative 36mm.

The more ‘common’ variant of the ‘Home plate’ came with the more recognisable grey dial and orange accents. With a total production run of only 2 years, when I say the grey dials are more common, it is only in relative terms as with such a short production run, these are rare in their own right. In terms of collectability of Vintage Tudor, regardless of black or grey, the Ref. 70XX sits right at the top alongside the early Tudor Subs and MilSubs. 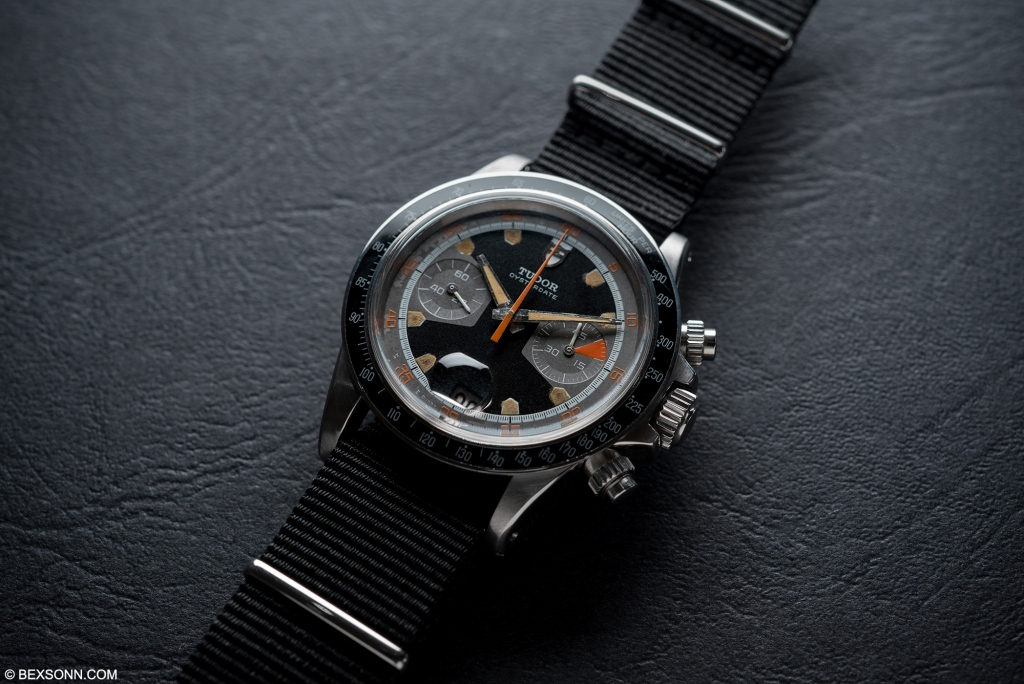 Nobody is quite sure why the black dial variants were made in such low quantity, but it is a certainty that these came out of the Tudor factory, as demonstrated by the verified original owner example we are looking at today. If the Tudor Monte Carlos are considered the ‘Paul Newmans’ of Rolex then the black dial ‘Home plate’ would be on par with the ‘Oyster Sotto’ Ref. 6263 Daytona, and that my dear readers is saying something.

Rarity aside, from a purely design point of view, the ‘Home plate’ Monte Carlos are some of the most beautiful chronographs out there, made even more striking with a black dial on this Ref. 7031. The thick lumed hands and the orange accents pop against the backdrop of the deep black dial and grey outer track/sub dials. Of course, there is the Ref.7032 that featured a stainless-steel bezel, but for me, it is always the black acrylic that attracts me the most. What Tudor had back then that Rolex didn’t, was a sense of experimentation, whereas the latter was more restrained and conservative. You would never see a Rolex with sharp blues or oranges like the Monte Carlo variants, which led to some truly iconic designs.

It is increasingly apparent that collectors are becoming interested in Tudor not as the unloved sister of Rolex, but instead as a strong brand of its own with roots and heritage. With ultra-rare pieces like this black dial ‘Home plate’ starting to become known on a more mainstream level, I have no doubt that in a year from now we will look back at vintage Tudor prices today and consider them a bargain. 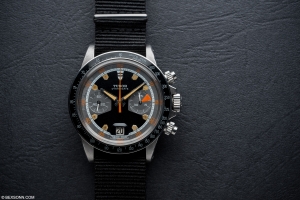 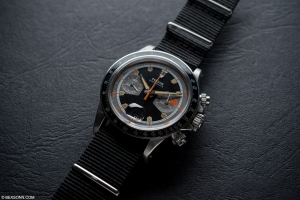 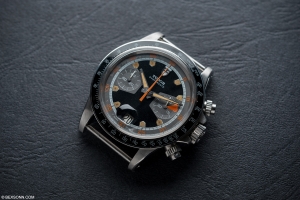 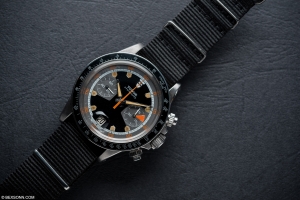 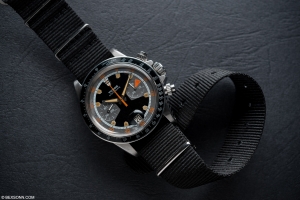