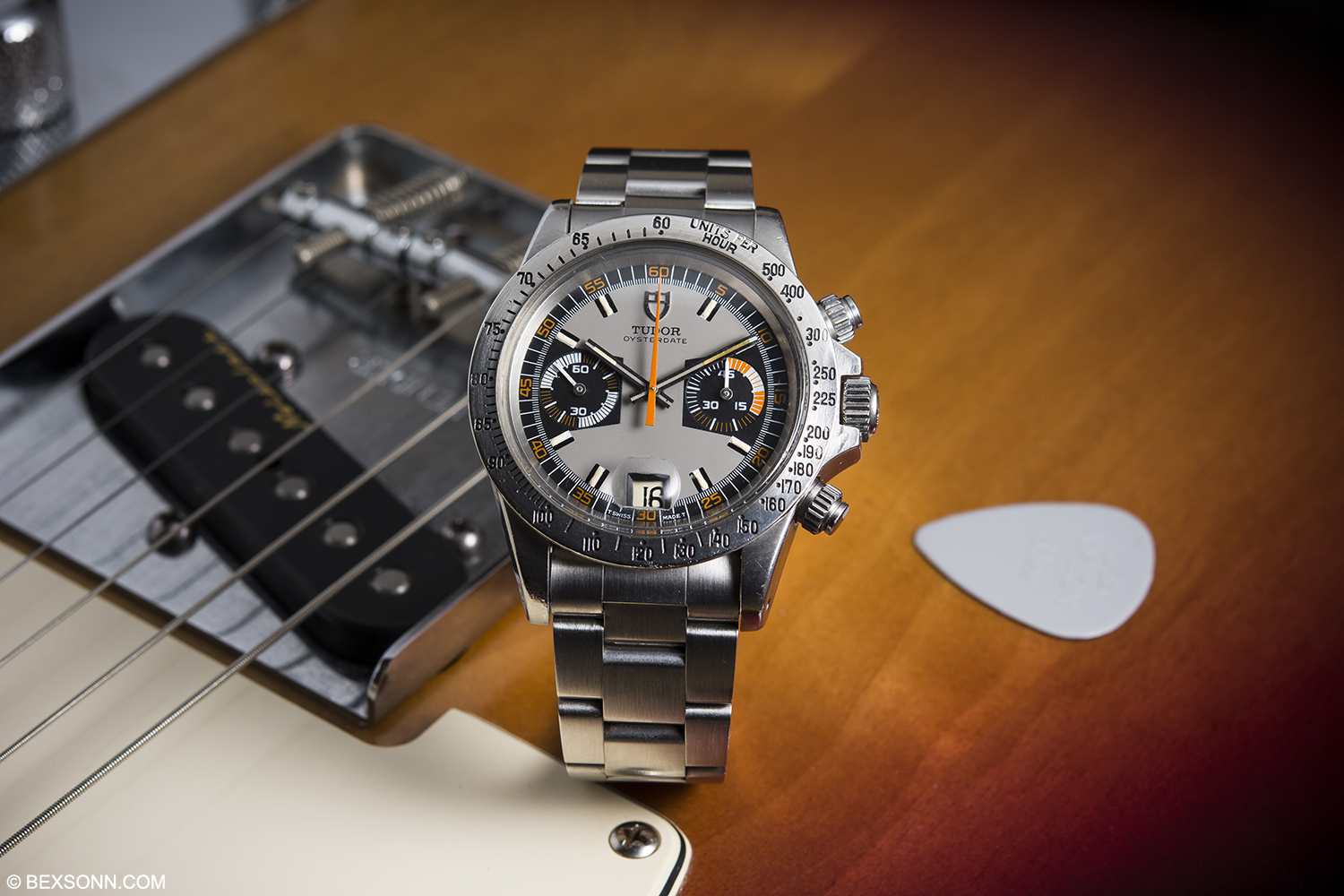 Tudor Monte Carlo: It’s no secret that Tudor was introduced to be, shall we say, the cheaper and arguably less attractive sister to the Rolex but it is also referred to as a poor man’s Rolex – though now I think the latter couldn’t be further from the truth. Being a lover of Rolex, it has always been quite difficult to really delve into the world of Tudor but of late I’ve been immersing myself in the brands vintage timepieces and it’s actually rather amazing just how downright cool some of their vintage examples are. With that in mind I thought it would be good to get some extensive wrist time with an absolute classic – the Tudor Chronograph ref. 7159 aka “Monte Carlo.” Our friends over at Watches of Knightsbridge were courteous enough to lend us one for an extended period. 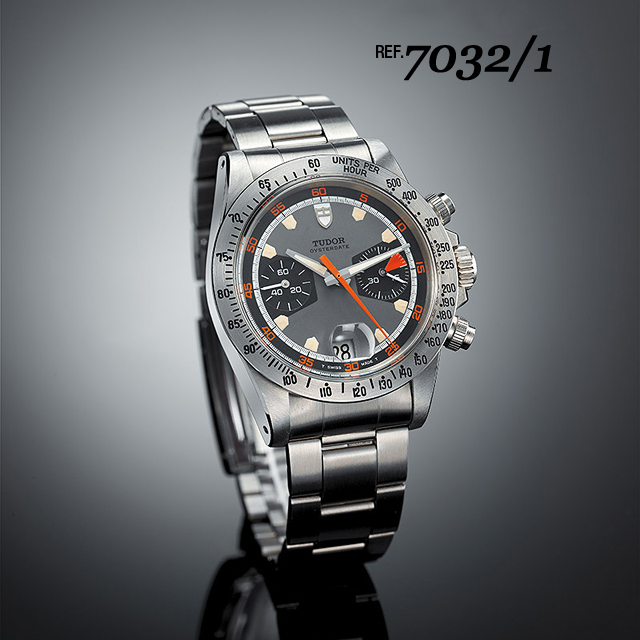 The Tudor Chronograph, of course came some years after the Rolex Cosmograph Daytona but what it gained was an Oyster case. In 1970 Montres Tudor SA, launched the Oysterdate Chronograph references 7031 and 7032. Though there was very little difference between the two references, which were practically the same watch, (one featured a black Bakelite tachymeter and the other a stainless steel tachymeter bezel) the biggest difference that these watches shared over their bigger brother: the Daytona, was the fact they featured 40mm cases. 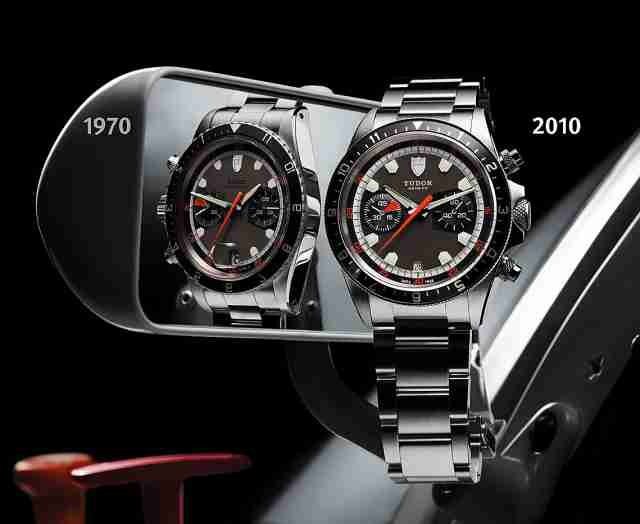 Though, what was quite interesting to learn from Tudor aficionado – Ross Povey – was that there was a prototype, reference 7033, which again was identical to the two put into production but it featured a black rotating graduated 12hr bezel. In 2010 this piece was brought to life by Montres, Tudor SA as the Heritage Chrono. Montres Tudor decided to use a trio of colours on the dial on the ref. 7032/1, including a very bright and vibrant orange but these were perfectly balanced, alongside its most predominant feature; the trapezoid subsidiary dials and pentagonal hour markers. These were all shaped like the home plate on a baseball field, which led to collectors dubbing it the Homeplate. While the Tudor Chronograph 7032/1 doesn’t have the same racing pedigree link as the Daytona, it can at least boast of some. 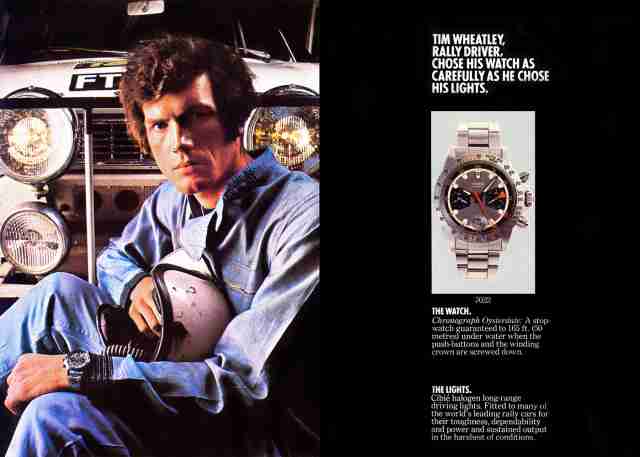 These very early 7031 and 7032 series Tudor Chronographs utilised the manual-wound Valjoux calibre 7734, with a 45-minute accumulator, at the 3 o’clock position. Like the Daytona 6263, the Tudor 7032 and 7031 featured the aforementioned screw-down pushers and square crown guards, like those seen on early Submariners. However, as a manual-wind chronograph with great water-resistance the Oyster created the small problem of having to unscrew the crown every time you needed to fully wind the watch again.

Just a year later, at the Basel watch fair in 1971, Tudor introduced the piece that is featured in this article, the 7159. This second series was launched in three different variants: the 7149 (Bakelite tachymeter bezel), the 7159 (stainless steel tachymeter bezel), and the 7169 (12-hour graduated bezel, first seen on the 7033 prototype). Just like the original, these pieces all featured the flamboyant dial that had been seen on the first series, however, there was a slight difference. The same colours of orange, grey and black had all been used again, but as you can see in the images the 45-minute subsidiary dial and running seconds featured a design, which many likened to a roulette table in Monte Carlo, hence the nickname it was given and would now be known as. Just like its predecessor the Monte Carlo also made use of a manual-wind movement but in the shape of the more improved calibre 234. 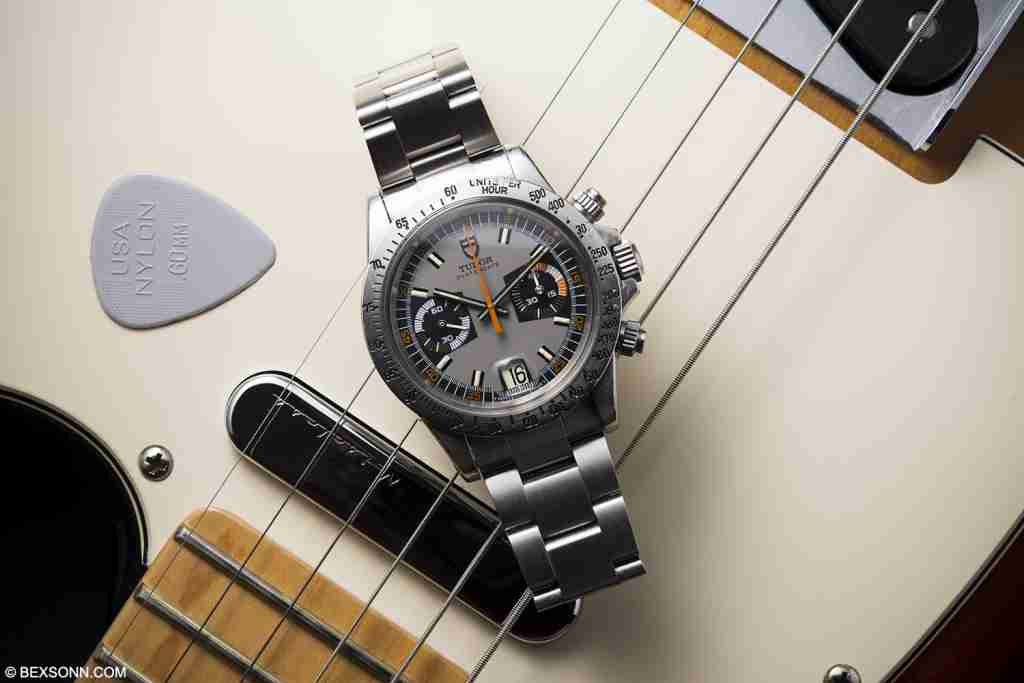 Admittedly, I am a massive fan of vintage Daytona’ but I truly wanted to have a good look at the Tudor Chronographs and the watch I was able to get my hands on was one of the most iconic Tudor timepieces, I mean, just look at it, you could probably say its design was way ahead of the times. With the resurgence of Tudor, is now the best time to consider buying one of these seriously cool vintage Chronograph pieces by Montres Tudor? 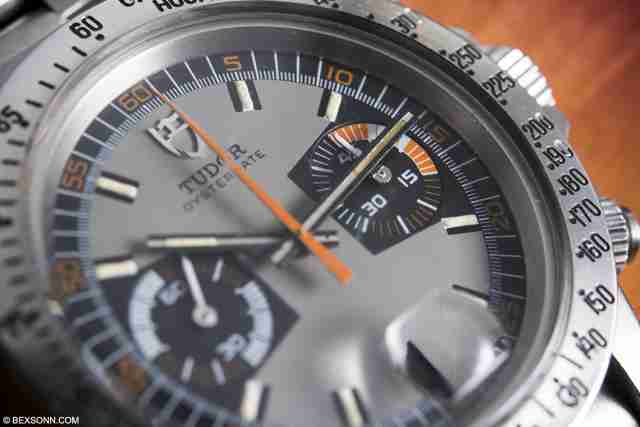 First off the entire dial, while very bold and colourful – it’s also very intricate and detailed. Not in the detailed kind of way of a hand guilloche dial but more in a sense of the way the colours were used. The balance is harmonious and the brighter vibrant orange isn’t over or under used, which lends to the much sought after racing-style look of the 70s. The use of a date window at 6 o’clock does prove to be useful too but doesn’t intrude as much as one would’ve thought. The date is not quick-set but the fact that it is even there is most convenient. 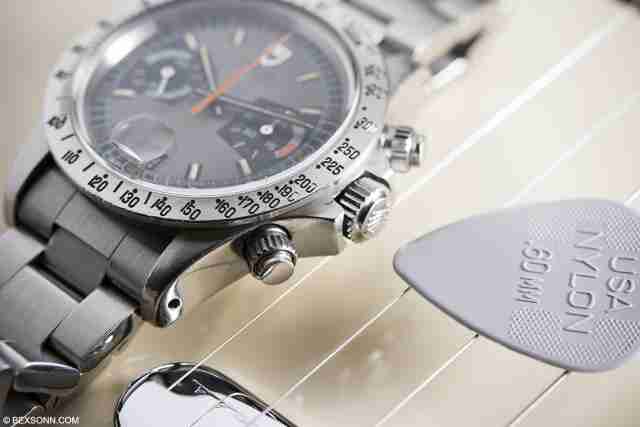 Unlike the previous 703X series, this particular series makes use of a trip-lock Rolex crown, bracelet and case back. The square crown guards were another quirky little feature that I found rather delightful and nostalgic of Submariners I’d previously worn. As with most vintage timepieces, the pusher actuation on this delicate Valjoux calibre 234 was ever so smooth and only required the lightest pressure to bring the chronograph complication to life. Of course, this wasn’t possible until those protective screws on the pushers had been untightened. During the lengthy time the 7159 spent on my wrist it was amazingly accurate, only running approximately 2 minutes slow after 7 days of wear. To which I might add is rather impressive for a vintage timepiece, however, owning a vintage timepiece is less about accuracy and more about history. 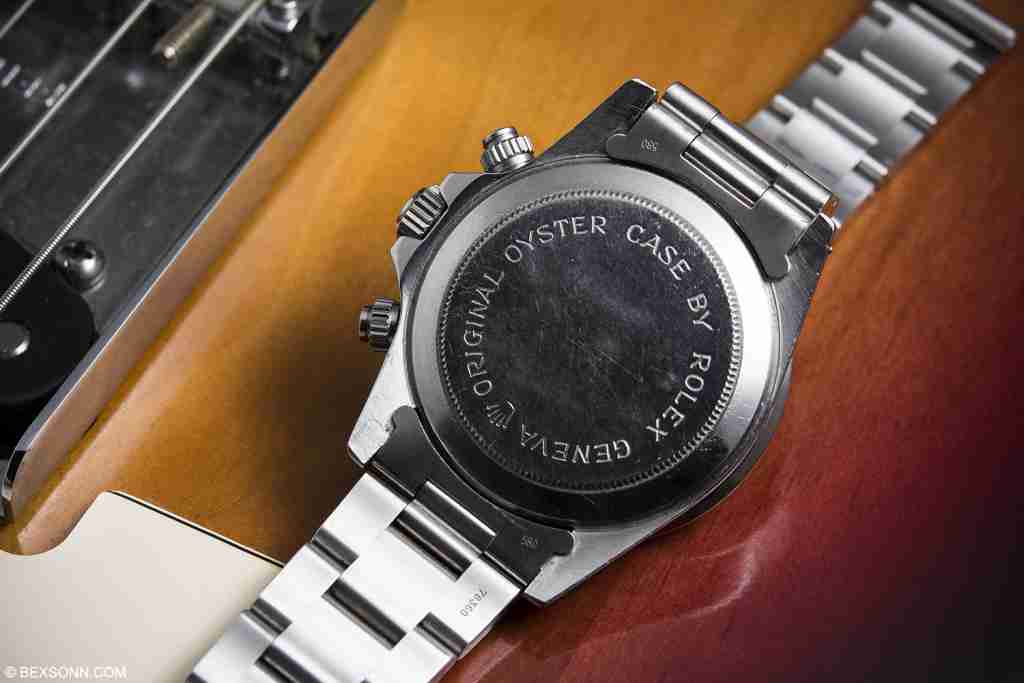 The Tudor Chronograph 71X9 series was sold on a Rolex Oyster bracelet ref. 7836 with 382 endlinks While this example has had its bracelet replaced it still gives the desired effect, though to have had it on its original bracelet would’ve been nice. 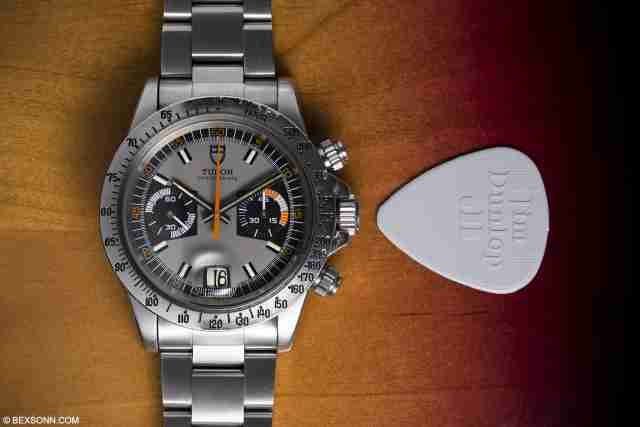 Overall the Tudor Chronograph 7159 aka Monte Carlo was an absolute pleasure to wear and it was great to see that some people actually noticed what it was. Tudor doesn’t glean too much attention as its big brother but it of course has its admirers. In my opinion the overall construction of this watch is superb. The design, while inspired by the Daytona, still holds its own and sports features that Rolex themselves were not even using at the time. However, unlike the Daytona from the same period the Monte Carlo embodies the same traditional Rolex robust qualities in a slightly larger case and crucially with a date window. The Monte Carlo dial is just a beauty to behold and so intricate. On the wrist its 40mm case wears perfectly, even though it feels a lot bigger than a Daytona from that exact era, at no point did it ever feel too large. Even the intimate fact that I had to unscrew the crown to wind it up every two days wasn’t much of a bother either, it was actually rather nice. 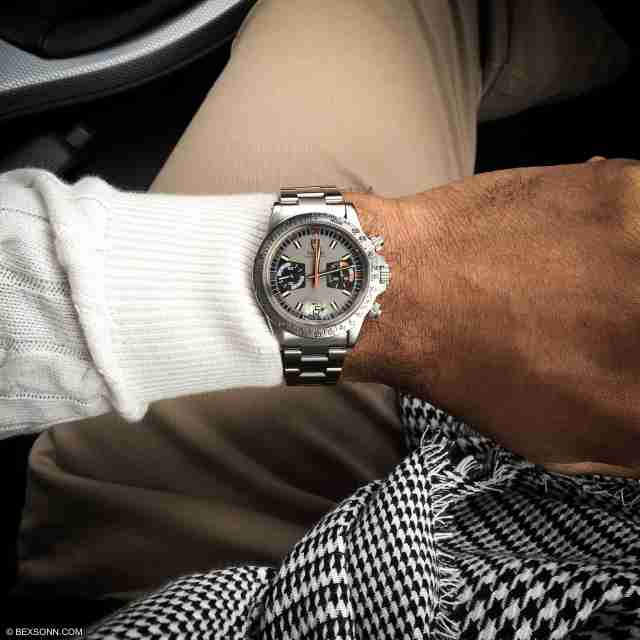 Then there is the other thing to consider: price! As mentioned Tudor has always been known as a poor man’s Rolex and while this isn’t explicitly true today, when you match it like-for-like to its Rolex counterpart the Tudor is still cheaper. But you see, this is the good thing. Today a standard vintage Daytona, in good condition, will cost you anywhere in the region of £15,000 – £20,000. Now compare that to the £7,000 – £10,000 a vintage Tudor Monte Carlo like this will cost you and you start to see a lot of sense in the Monte Carlo. Not only that but I would also say that the Tudor has even more appeal because it is far less common, in my humble opinion. 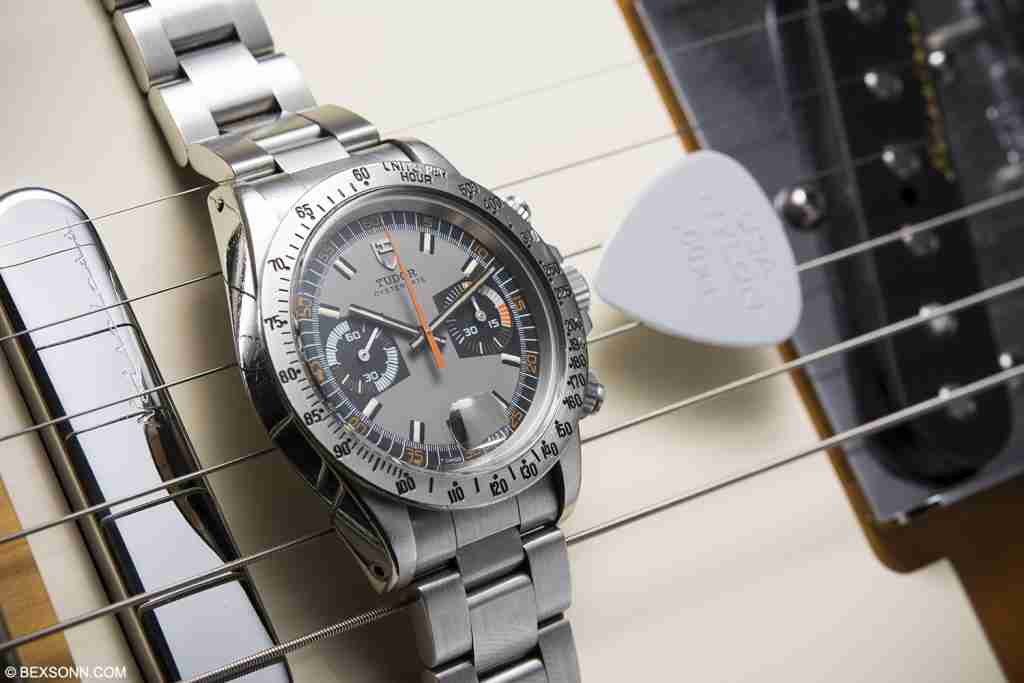 The Tudor “Monte Carlo” Chronograph 7159 was in its own right an icon for Tudor, not in the way the Daytona was an icon because of who wore it and what it was associated with but because it was bold. However, there was one drawback to having this piece on my wrist – I was constantly making comparisons with the Daytona, which is just the wrong thing to do, they’re two different beasts. If you are going to buy a Tudor Chronograph 703X or 71X9 series, you have to love it for what it is. For me personally, I just couldn’t see the Monte Carlo being my one and only vintage chronograph but more my everyday wearer – simply because of its greater robustness compared to the Daytona. Though one other thing I will add is this, whatever you may think of the Tudor Chronograph 7159, it is unbelievably great value for money but then again, this was always the intended goal of Hans Wilsdorf.

I would also like to extend a massive thanks to Ross Povey of Bulang & Sons and Tudor Collector for his help and extensive Tudor knowledge. 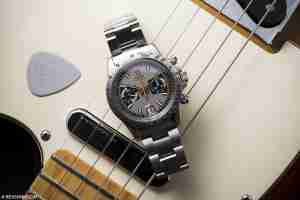 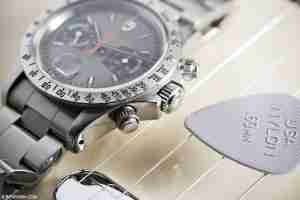 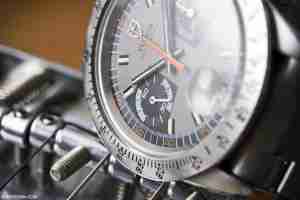 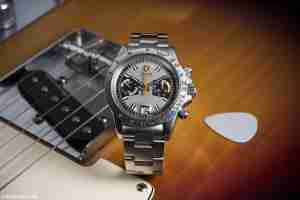 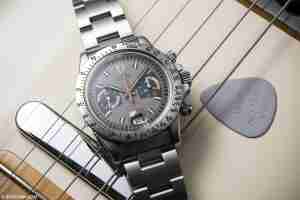 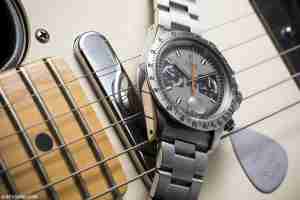 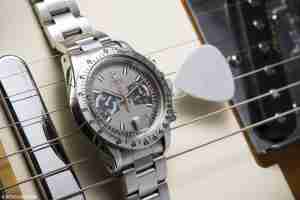 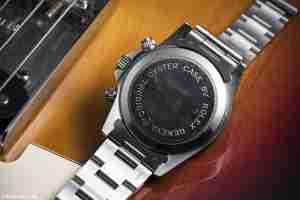 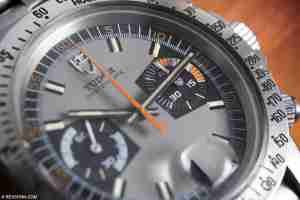 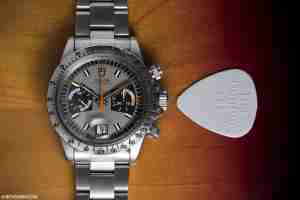