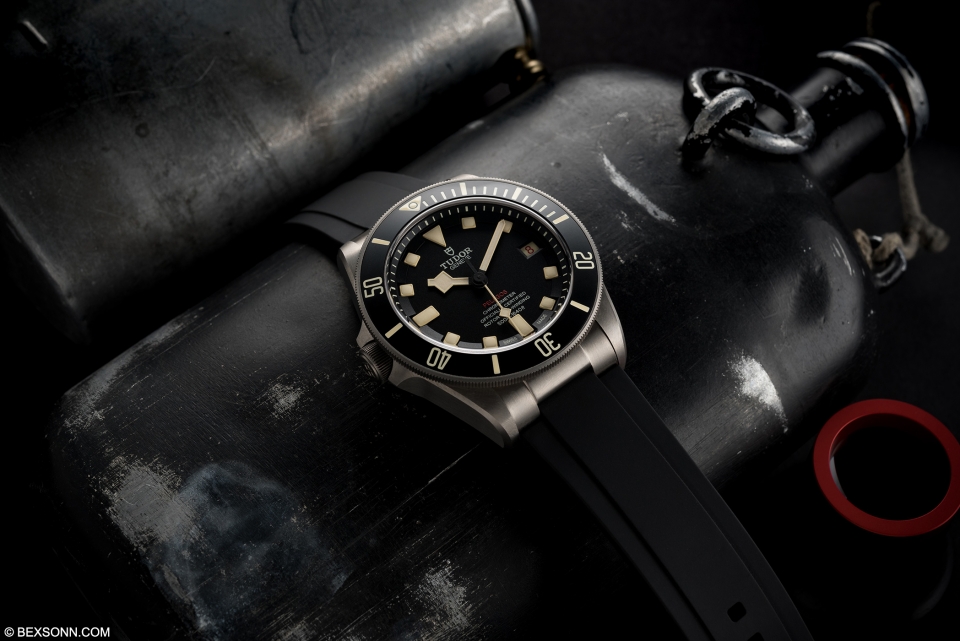 Earlier this year we had a good long look at the Tudor Pelagos and affirmed it is a rather faithful wrist companion that had loads to offer. And if this wasn’t enough, just over a month ago, Tudor introduced another Pelagos, which only strengthens the range, but as you can see from the image above, it has some subtle differences. Since Tudors re-emergence into the U.K market, they experienced quite a lot of success by releasing vintage-inspired timepieces and it would appear they’ve dug into their archives once again to conjure up the latest offering.

It is said that 10% of the world is left-handed but interestingly enough that doesn’t mean that most of these people will automatically wear their watch on their right wrist. (Trust me, I know many right-handed people who wear their watch on their right wrist.) That said, in a nod to its history, Tudor is now offering the Pelagos model in a left-handed configuration, hence the LHD designation (short for Left-hand drive) or as others may call it “Destro.” 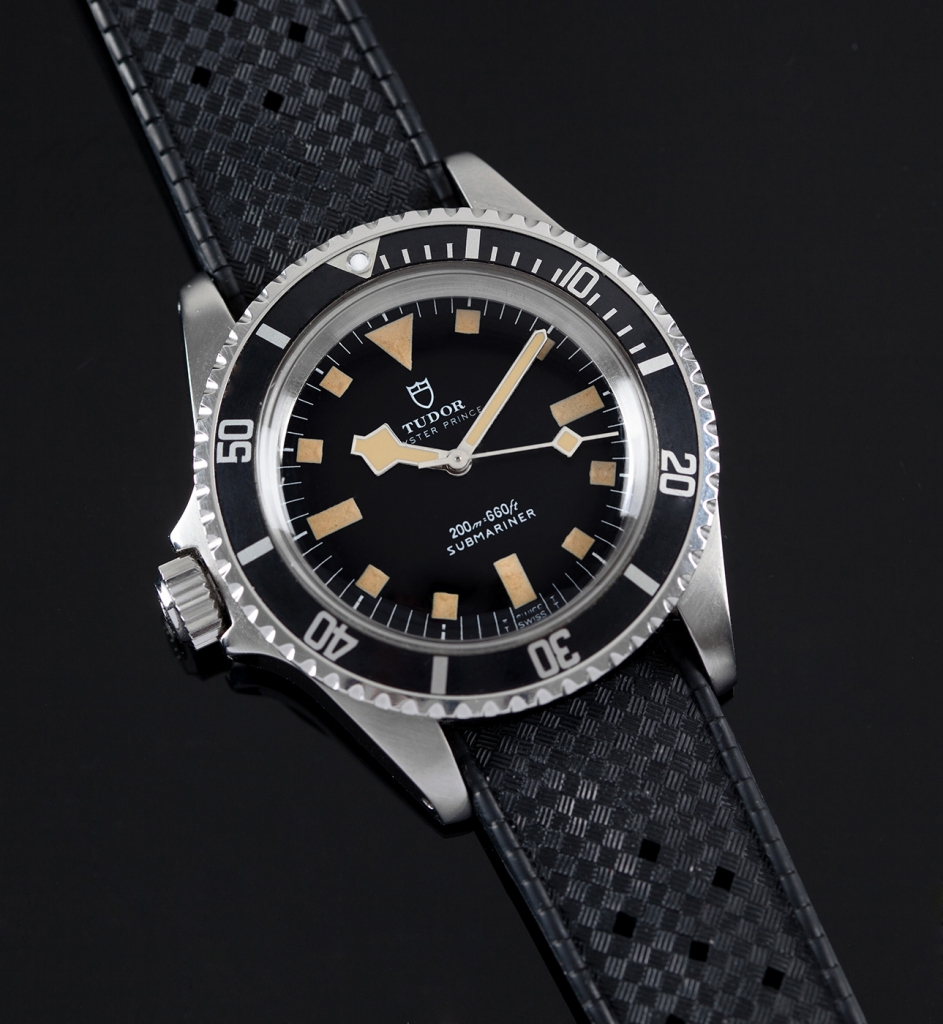 You See, way back in 1981, Tudor produced a few watches of this ilk – in the form of the ‘Snowflake’ Submariner – at the request of the French Navy. Although, it is well-known that even before this time left-handed divers had already started wearing their watches upside down, as the rotating diving bezel still provided to be useful despite the being worn in this fashion. However, Tudor was tasked with making a diving watch specifically for right-handed wearers, which of course they delivered. 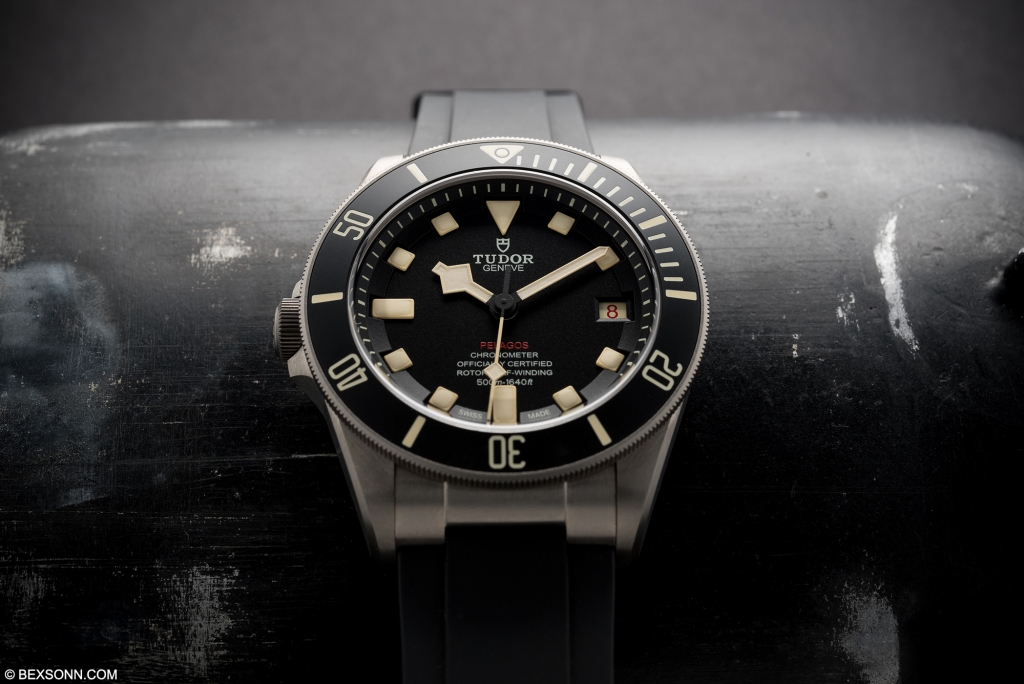 The new Pelagos LHD still features the same sand blasted titanium case, which measures an arguably large 42mm that incorporates subtle hints of yesteryear such as the chamfered lugs and pointed crown guards. Naturally, with the crown positioned on the left-hand side of the case, on the opposite side of the case is a HEV (Helium Escape Valve), which may seem superfluous at times but it’s a nice touch, plus you must remember this is Tudor’s professional diving wristwatch. You also shouldn’t forget the key role that Rolex played in its development. 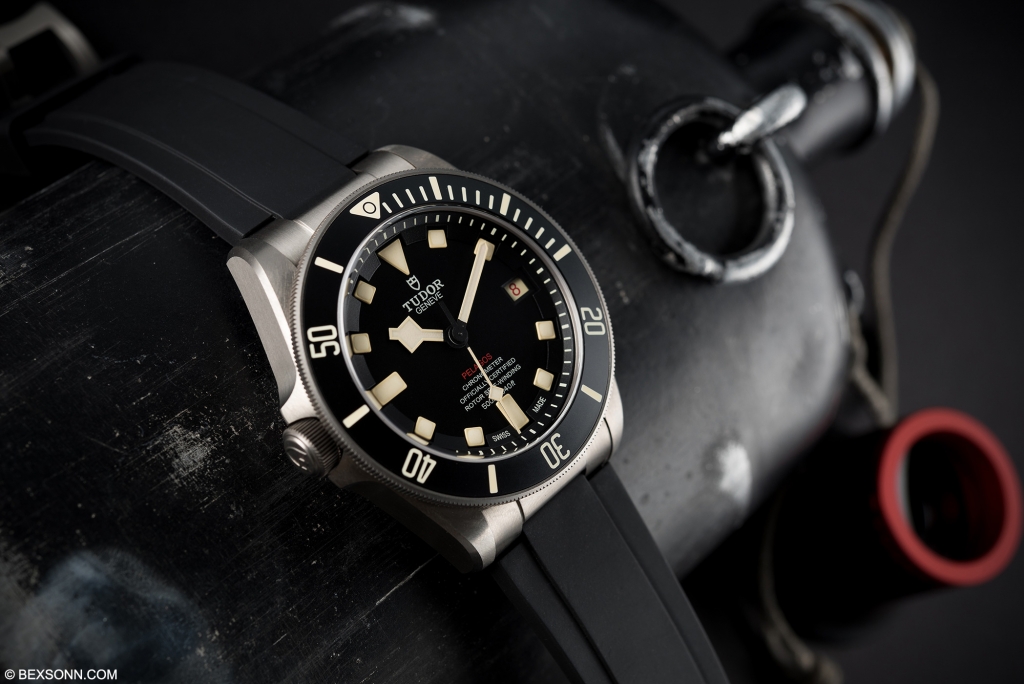 It goes without saying that one of most standout design traits of the Pelagos is the dial. The dial of the Pelagos is built up in layers, which allows one to admire the three-dimensional effect. Just like the standard Pelagos, the dial makes use of square hour markers with a triangle at 12 o’clock, rectangle markers at 6 and 9 o’clock, as well as a date aperture at 3 o’clock. However, the LHD make use of some faux patina, giving the indices a warm cream tone, an effect which is also mirrored on the outer diving bezel numbers and indices. The ‘roulette date wheel also has the same cream tone, displaying numbers shown in alternate colours of red and black, another throwback to ‘Snowflake’ Submariners of old. 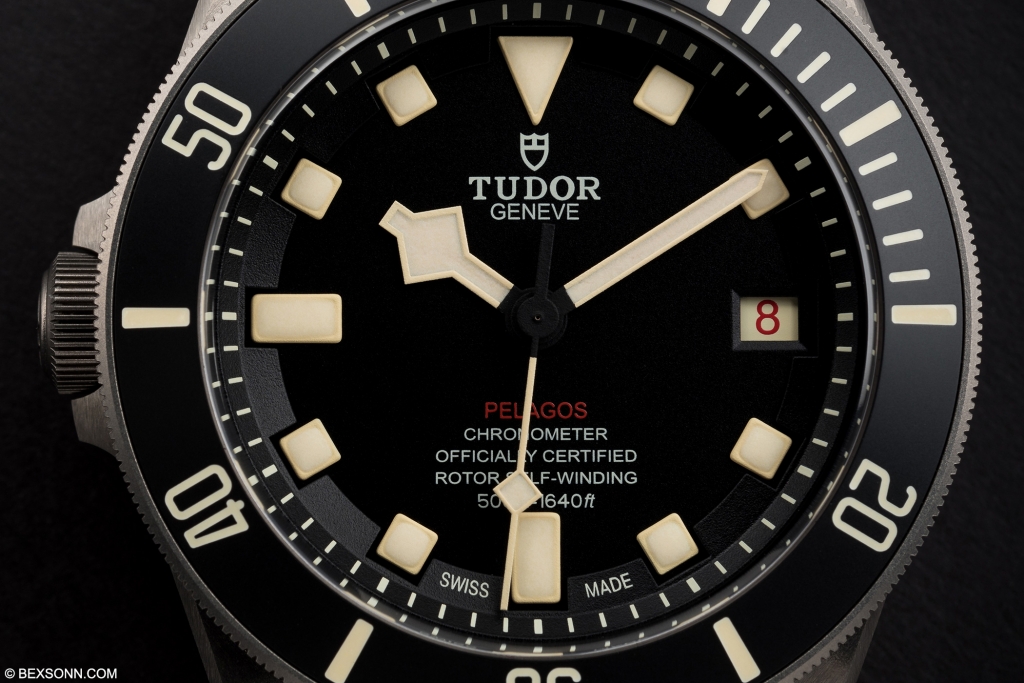 Another notable difference on the LHD, is the red inscription of ‘PELAGOS’, above the COSC text and depth rating; another nostalgic nod to the red-writing Rolex Submariners. While many may still bemoan the amount of text on the dial, this isn’t going to change as long as every movement is COSC certified. 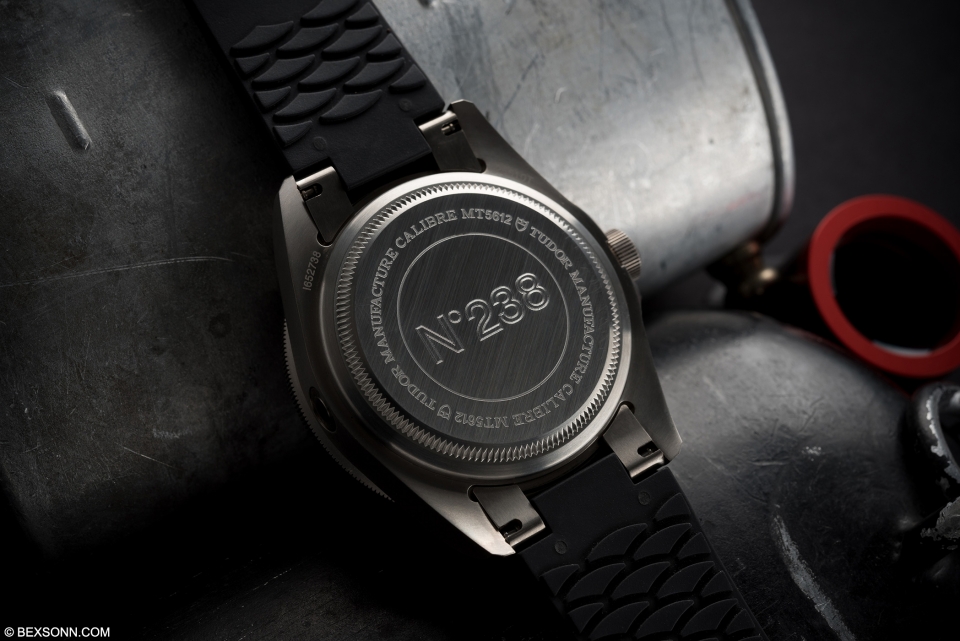 Like the current right-handed Pelagos, this LHD makes use of the same MT5612 calibre, however, it houses a specific variant of the TUDOR manufactured movement specially developed for the Pelagos LHD model. Displaying hours, minutes and seconds functions, it bears the reference MT5612-LHD, where “MT” stands for “Mouvement TUDOR”. However, because of the date-wheel, there were a few things that needed to change – hence the LHD designation. Furthermore, it is certified by the Swiss Official Chronometer Testing Institute (COSC), as we’ve already noted, but in positions in which it will be worn with the winding stem on the left. 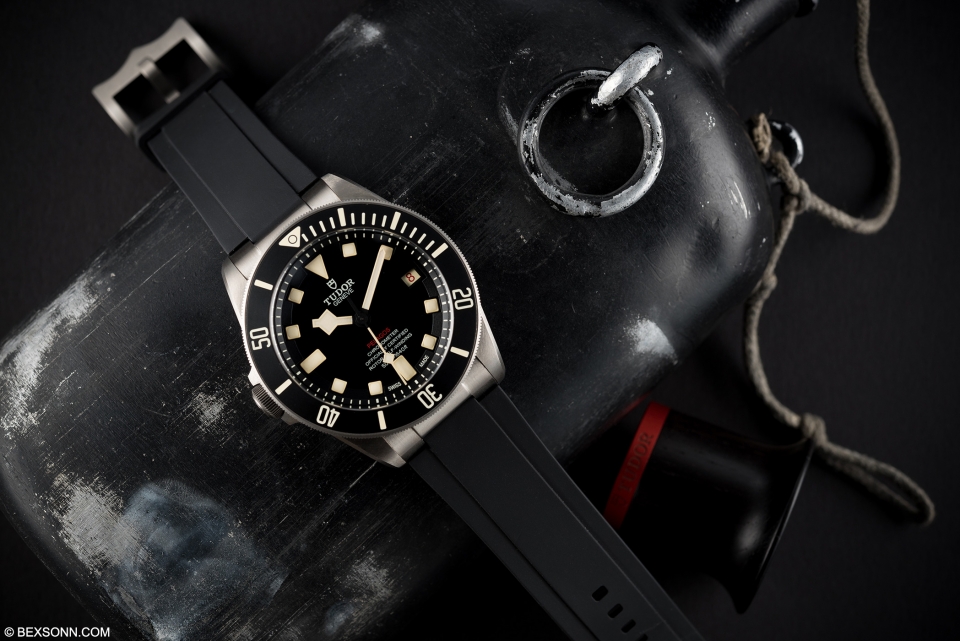 By and large, this Tudor Pelagos LHD is pretty much identical to current Pelagos and that includes the price too as it retails for same £3,020, taking in to consideration that each example is engraved with a unique production number. Does that make it limited? Yes, but the question of course will be just how many will Tudor make? While I’ve been informed by Tudor there is no fixed number, the suggestion is this numbered edition will not run very high. Like the current Pelagos, the new LHD model will come with Tudors patented extension system titanium bracelet as well as an additional rubber strap. 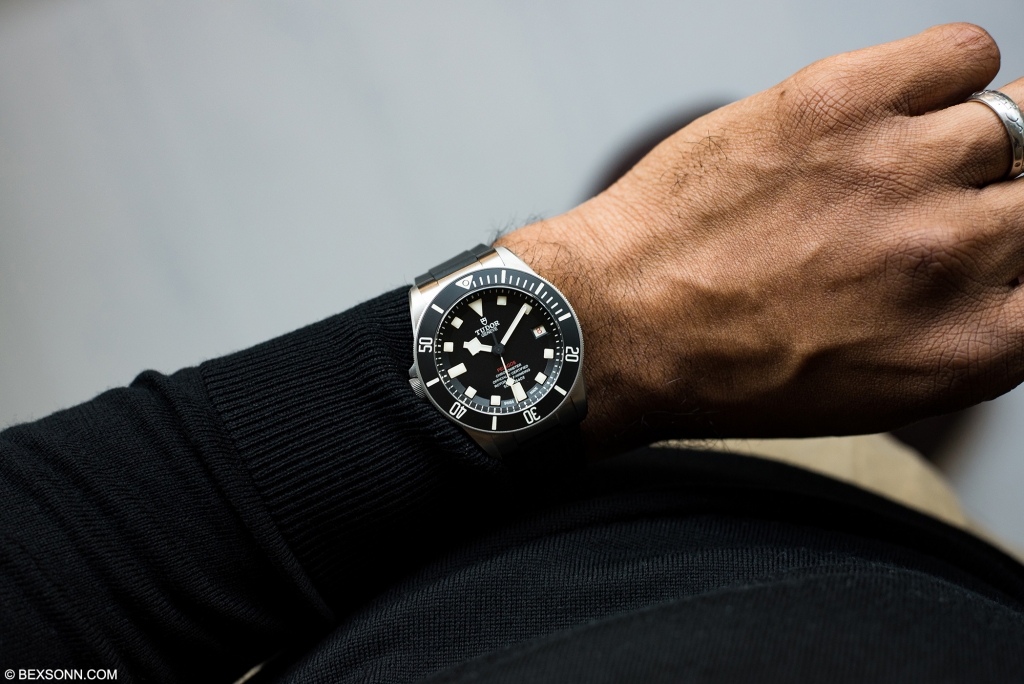 From a personal standpoint, I think it’s a great addition to the range and a rather thoughtful one too. As mentioned before, Tudor are doing a brilliant job re-creating some historical timepieces and this one takes some great ingredients from past designs, and for many will evoke a touch of nostalgia. However, what I like about it most, is just how bold, yet fun it is – it’s just an all-round great timepiece at a great price point.

For more information on the new Pelagos LHD, visit the official Tudor website. 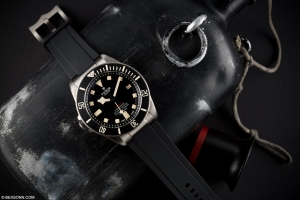 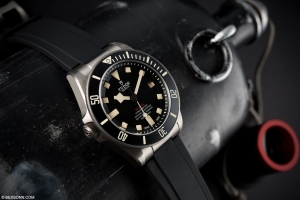 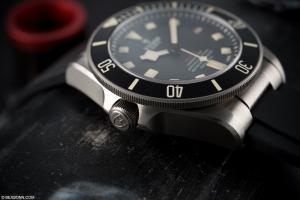 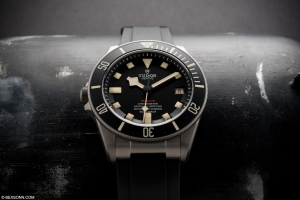 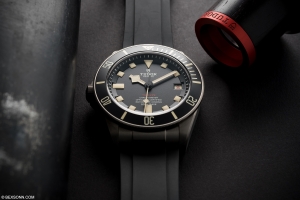 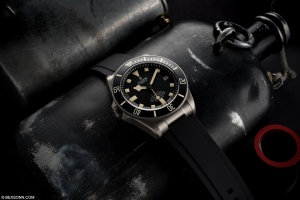 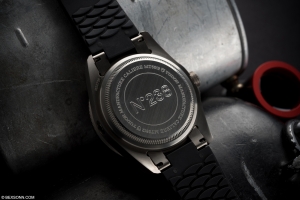 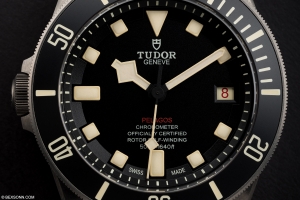