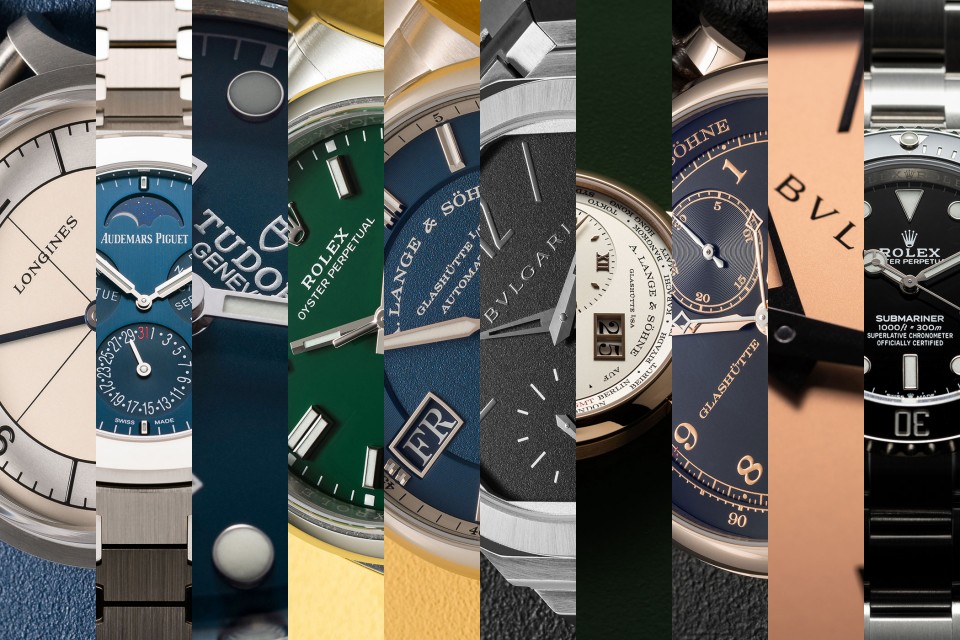 The end of 2020 is nigh (which I’m sure most of us are quite happy about) and we’ve shared some interesting watch posts with you, despite the difficulties this year has brought all of us. So with that in mind, we thought we’d recap on some of our favourite watch posts of 2020. We’ve admired, written about and even had our hands-on some very exquisite timepieces from some of the worlds most renowned watch brands. We hope to bring you more of the same stuff in 2021. Thanks to all of our readers and followers, who took the time out to read, comment and share our posts – see you in 2021!

As we noted towards the backend of 2019, Lange have opend up a new chapter with the introduction of the Odysseus and it is was a watch that was met with some scepticism, that said overall the reception has been rather positive. The Odysseus fills a gap in Lange’s catalogue and is essentially a luxury sports watch for people who appreciate fine watchmaking but also live active lives and Lange gave us the chance to have a few days with their new flagship sports watch…

Towards the end of last year Longines introduced the Heritage Classic; a watch based on a 1930s sector dial design taken from their extensive back catalogue and while it had a few critics at the time, overall it was very well received. I guess you could say that Longines’ abundant back catalogue of historic timepieces does allow them to reissue a myriad of watches that strikes a chord with collectors and enthusiasts alike…

Audemars Piguet have a longstanding history when it comes to perpetual calendars and 2 years ago, Audemars Piguet introduced perhaps the most intriguing prototype timepiece that was not only jaw droppingly gorgeous but technically mind boggling. Creating an ultra-thin watch requires technical nous and is on par with creating some of the world’s most intricate complications, i.e. split-second chronographs and minute repeaters. Though in theory the task is to make everything thinner, this of course introduces other problems, as tolerances for certain mechanical parts start to wane and become more delicate…

The Lange 1 Time Zone is about efficiency in all aspects of the word. Inspired by the iconic Lange 1; it has been said that the Lange 1 has probably won more prizes than any other wristwatch of the new era, which then spurred the development engineers of Lange to endow it with a separate time-zone indication. No minute of the day, or night for that matter, is unaccounted for and now after some 15-years when it was first introduced – Lange have seen fit to entrust the Time Zone function to a new calibre…

Two years ago, Tudor introduced arguably their best vintage inspired watch in the Tudor Black Bay Fifty-Eight. While 2018 was the year of the GMT and the watch people couldn’t stop talking about, the BB58 was a nod to the past but done with Tudor panache. Of course, over the past few years we’ve seen the emergence of vintage inspired watches but only a handful of brands are even capable of pulling this feat off. That said, I’m sure this is something that Rolex would like to participate in but fortunately for them they have a sister brand that can indulge in these nostalgic exercises…

Towards the end of 2020, Rolex finally released their new models for this year and we must say it was quite a big one. There were two lines that stole the show, the brand new 41mm Submariners of course, and what came as a surprise to everyone – the complete overhaul of the classic Oyster Perpetual line…

We’ve longed for a Lange chronograph that was perhaps a little more complex than the 1815 Flyback but somewhat less so than the Double-Split Flyback and this year Lange obliged and released such a piece in the new 1815 Rattrapante Flyback. The 1815 Flyback chronograph is essentially a Datograph minus the large date window and power reserve that admittedly affords for a much cleaner dial but this new Rattrapante has a touch of yesteryear about it…

The Submariner is arguably the most iconic watch of all time. Over the last few decades very little has change and even the changes that have been made are more along the lines of evolution and not revolution, and so Rolex have kind of stuck to this winning formula. This year, Rolex introduced to the world to its new generation of Oyster Perpetual Submariners and of course the one which made our list of favourites was the the non-date Submariner – simply because it’s perhaps the purest of them all.

WISHING YOU ALL A HAPPY NEW YEAR AND A FANTASTIC 2021!