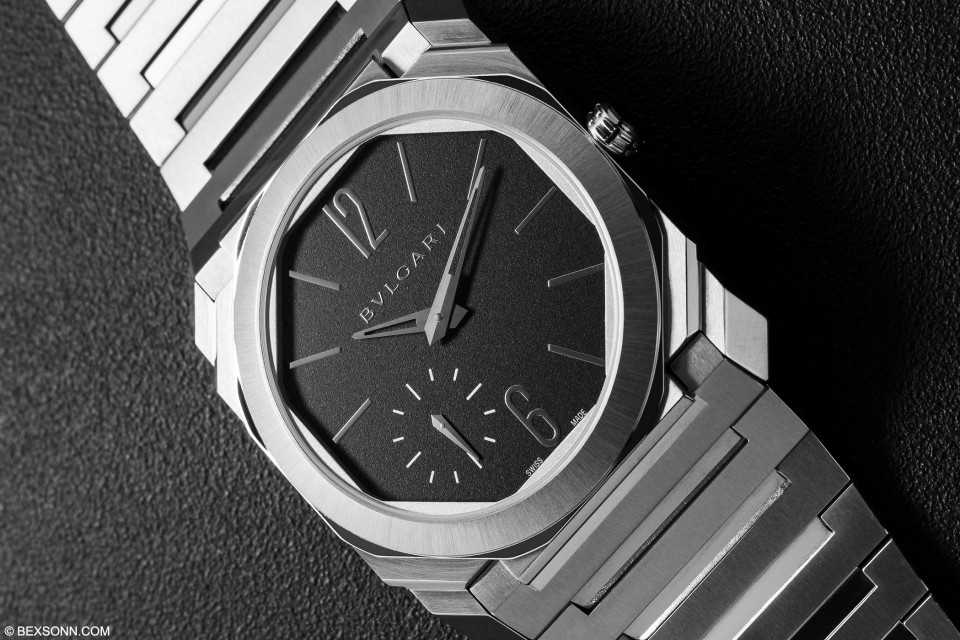 Like I’ve said before; Bvlgari are one of the finest jewellery makers around, however, they’re perhaps not as well-revered for their watch manufacturing. Bvlgari have been making watches for many, many years, though attractive men’s watches were probably not their best suit. Over the past few years, this has changed greatly. In 2017, Bvlgari introduced its newest ultra-thin Octo Finissimo Automatic in titanium, which set a new world record for ultra-thin watches at the time. In 2018, Bvlgari introduced the same piece in steel and at the beginning of the year, Bvlgari announced this new example in black sandblast-polished ceramic. 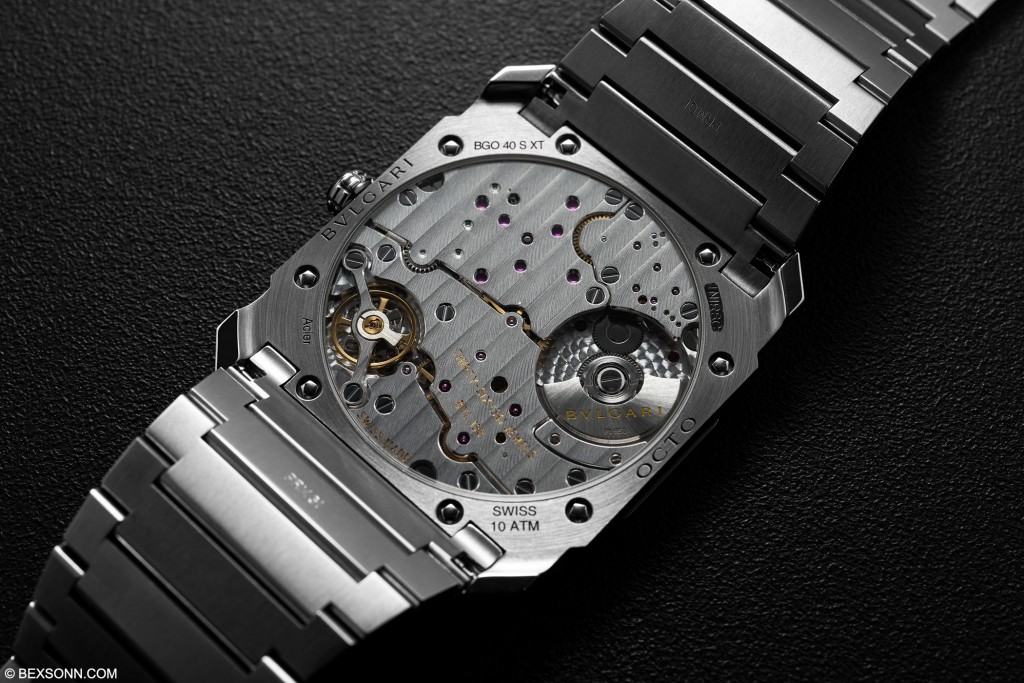 The thinness of the Octo Finissimo is partly due to the calibre BVL 138 Finissimo, which when released in 2017 was the world’s thinnest self-winding movement – just 2.23mm thick. Unlike AP’s calibre 2120 (which is still the world’s thinnest full-rotor automatic movement) the calibre makes use of the micro-rotor, which in my humble opinion affords a better look at the movement through the exhibition case back. And just in case you were wondering; the thinnest movement in the world today is the calibre BVL 288 – yes, another Bvlgari movement – which is just 1.95mm thick and belongs inside the Octo Finissimo Tourbillon.

The all brush steel case of this Octo Finissimo is a sight to behold. The Octo Finissimo is very well-known for its genius design structure, where sharp lines and multiple facets meet the round bezel. The watch is 40mm in diameter and 6.4mm thick, with sapphire crystals front and back, but what is quite abundantly obvious is that the case was designed in such a way that incorporates traditional appeal of ultra-thin watchmaking in an extremely contemporary package – it’s a stroke of genius. Getting integrated bracelets right is a skill in itself and the design of the triple-blade folding clasp bracelet is not only unique but accentuates the octagon shape of the watch head.

The dial of this brushed steel Octo Finissimo is quite something – the use of a black dial with polished indices creates quite the contrast. The mirror surface of the indices, logo, hands and subsidiary seconds hand against the backdrop of the matte black dial surface adds a rather welcomed no fuss approach. If you are the type of collector who sometimes likes to remain incognito, the sparseness of the dial affords the perfect balance of high and low key in such a graceful manner.

The Octo Finissimo is 100% unmistakably Italian, it’s slim, stylish and distinctive and achieves this in a way that can only be described as “Sprezzatura”. The design is unique but at the same time appears organic and this is exactly how it should be. The allure of Octo Finissimo Automatic is attributed to its combination of shapes, simple yet elegant design of the dial, the seriously thin profile and its beautiful execution in brushed stainless steel case that features the beautifully designed and integrated matching metal bracelet.

On the wrist it is remarkably light and because of its shape, wears more like a cuff bracelet than a watch. It sits snug to the flat of your wrist, with very little movement and shifting around. When correctly sized, it is extremely comfortable and still offers plenty of wrist presence but manages not to draw too much attention.

The Octo Finissimo is an incredibly detailed watch from the movement, to the case to the dial but all of this counts for nothing if it doesn’t appeal to you and I can almost be certain that this watch has captured the attention of many watch collectors – myself included. Of course, one will naturally compare it to the luxury sports watches from Audemars Piquet (Royal Oak) and Patek Philippe (Nautilus) and while I will forever be an admirer of the offerings from both of these watch brands – I like the way in which Bvlgari have approached this genre.

Bvlgari have been making watches for quite some time now but I personally don’t believe their men’s watches were taken as seriously by collectors until the introduction of the Octo Finissimo. The Octo Finissimo has been cultivated to such a level that not only demands but is deserved of the attention of any well-considered enthusiast. It’s a distinguished offering in a rapidly growing clichéd marketplace and unlike many of its peers, the Octo Finissimo is a specifically contemporary take on watchmaking. If you haven’t already, I implore you to try one on for size just so you can feel how much time and detail has been lavished on the Octo Finissimo.