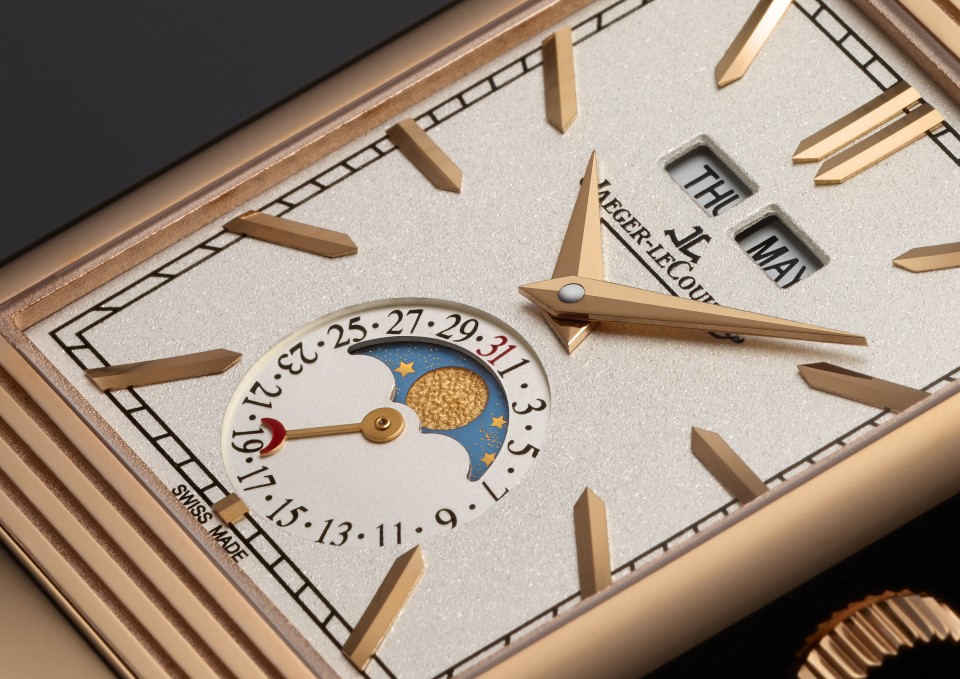 Jaeger-LeCoultre Reverso Tribute Calendar: This year the Jaeger-LeCoultre turns 85 years old. Perhaps the most iconic model in the Jaeger-LeCoultre lineup, it has come to embody the identity of the brand due to its distinctive swivelling case. Moreover, with over 40 percent of all JLC watches that come out of Le Sentier being Reversos, it is hard not to see why this is the case. As a tribute to the Reverso, the manufacture has given us a teaser as to how they will celebrate this milestone at SIHH next week with an overhaul of the existing collection. This week, we take a look at the most interesting of the lot- the Reverso Tribute Calendar. 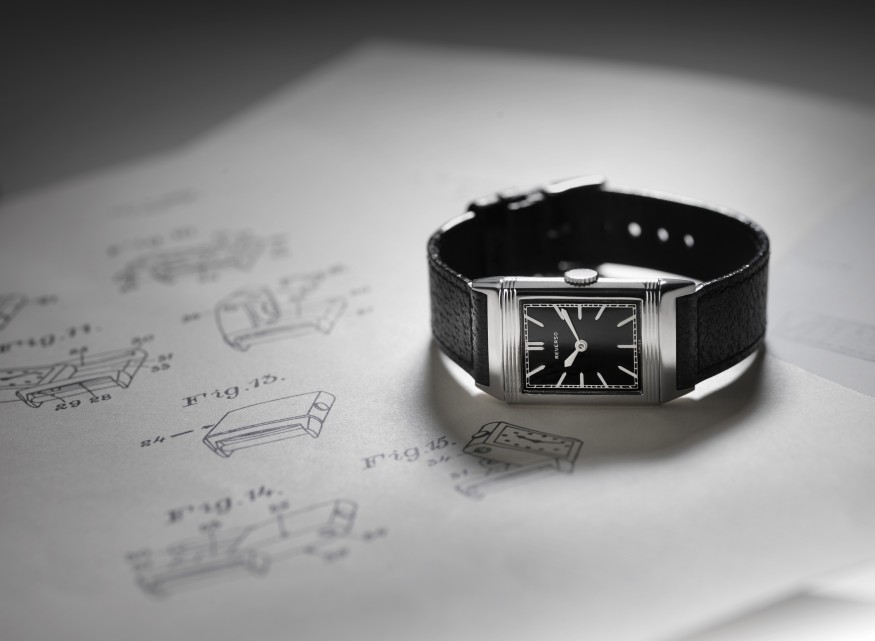 In 1931, Jaeger-LeCoultre released the Reverso stemming from a purely functional standpoint. Polo playing British officers in India complained to their watch importer that during the high intensity of a polo game, their watches would often get damaged, leaving them with a cracked glass or broken face. César de Trey, the importer then, communicated with Jacques-David LeCoultre who subsequently provided a solution through a watch with a swivelling case, that allowed polo players to flip the face of the watch to protect it. Back then, Reversos only had one face, with the other side blank for protection, but as the watch has entered a modern generation where this is not always needed, Jaeger-LeCoultre took the liberty of designing Reversos with two faces. This versatility that the Reverso allows has given way to dozens of variations within the model, both in aesthetics and complications and the Reverso Tribute Calendar is indicative of this. 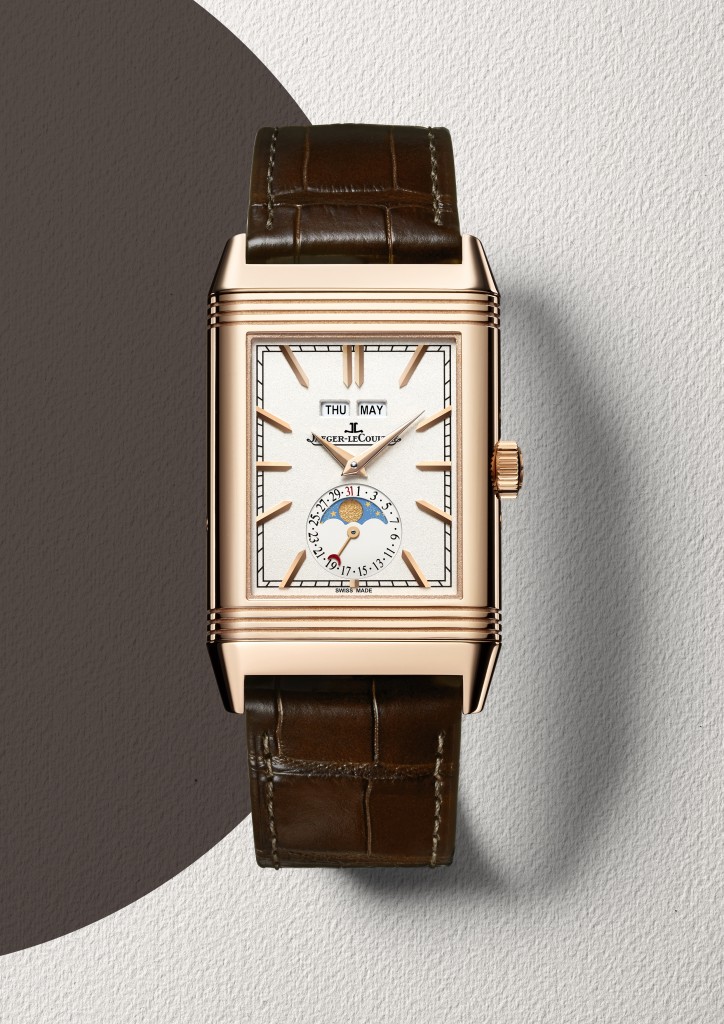 This watch on the main side, has a triple calendar and a moonphase, while flipping the watch over reveals a second time zone with a day night indicator. It is the most complicated Reverso that Jaeger- LeCoultre has revealed so far in anticipation of SIHH, and it certainly is a pretty watch. Released only in pink gold with a brown alligator strap, it is sized proportionately in a 49.4 mm x 29.9 mm x 12.06 mm case. 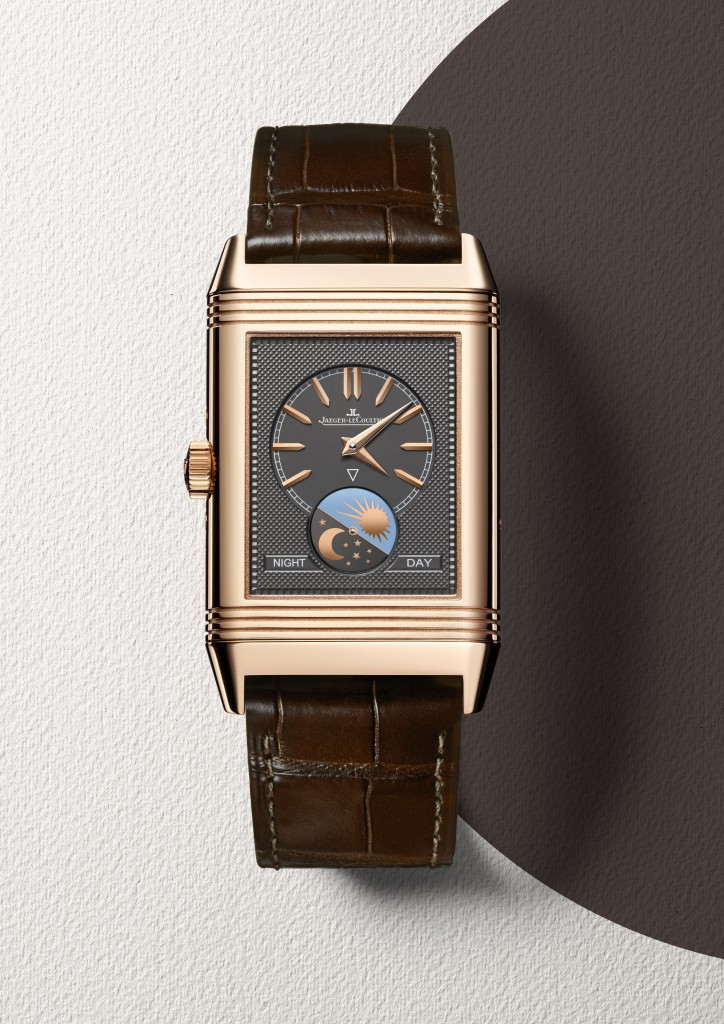 The differences in textures and detailing makes this watch stand out, with the textured white dial and pink gold applied markers on the front accented well by the red date hand and light blue moon phase sky. Upon closer inspection, the moon phase is not smooth but instead textured, matching the grainy surface of the dial. Flipping the timepiece over, you witness classic Jaeger-LeCoultre in the guilloché of the black dial but what is very cool is the way they have chosen to display the day night indicator. This is certainly the watch designers at Le Sentier exercising their creative licenses as the bold sun and moon display really makes this watch interesting to look at.

We at BEXSONN certainly think this is an appropriate tribute to a mighty watch for its 85th birthday, but who knows, maybe Jaeger Le-Coultre has a surprise Reverso for next week’s SIHH that has yet to be revealed. 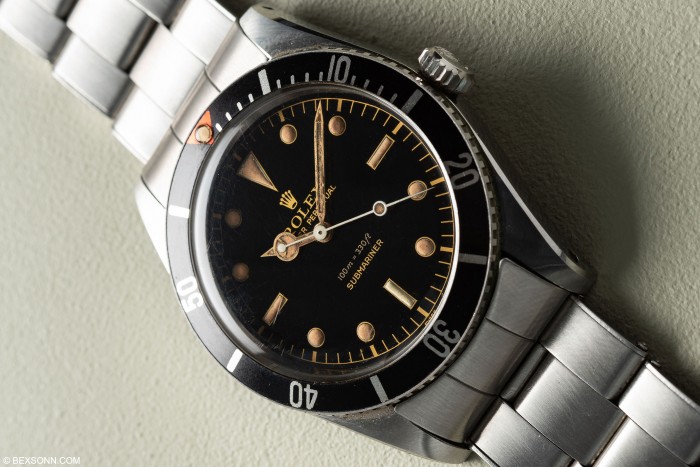 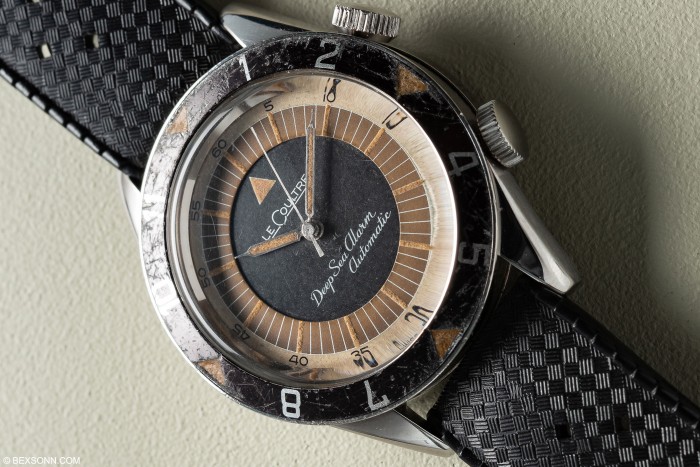 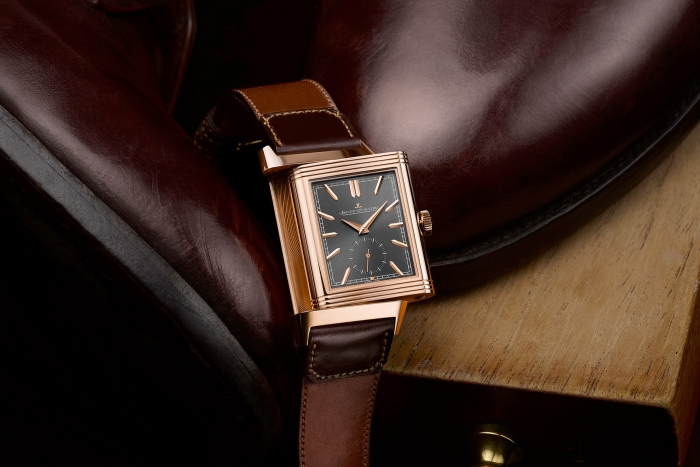