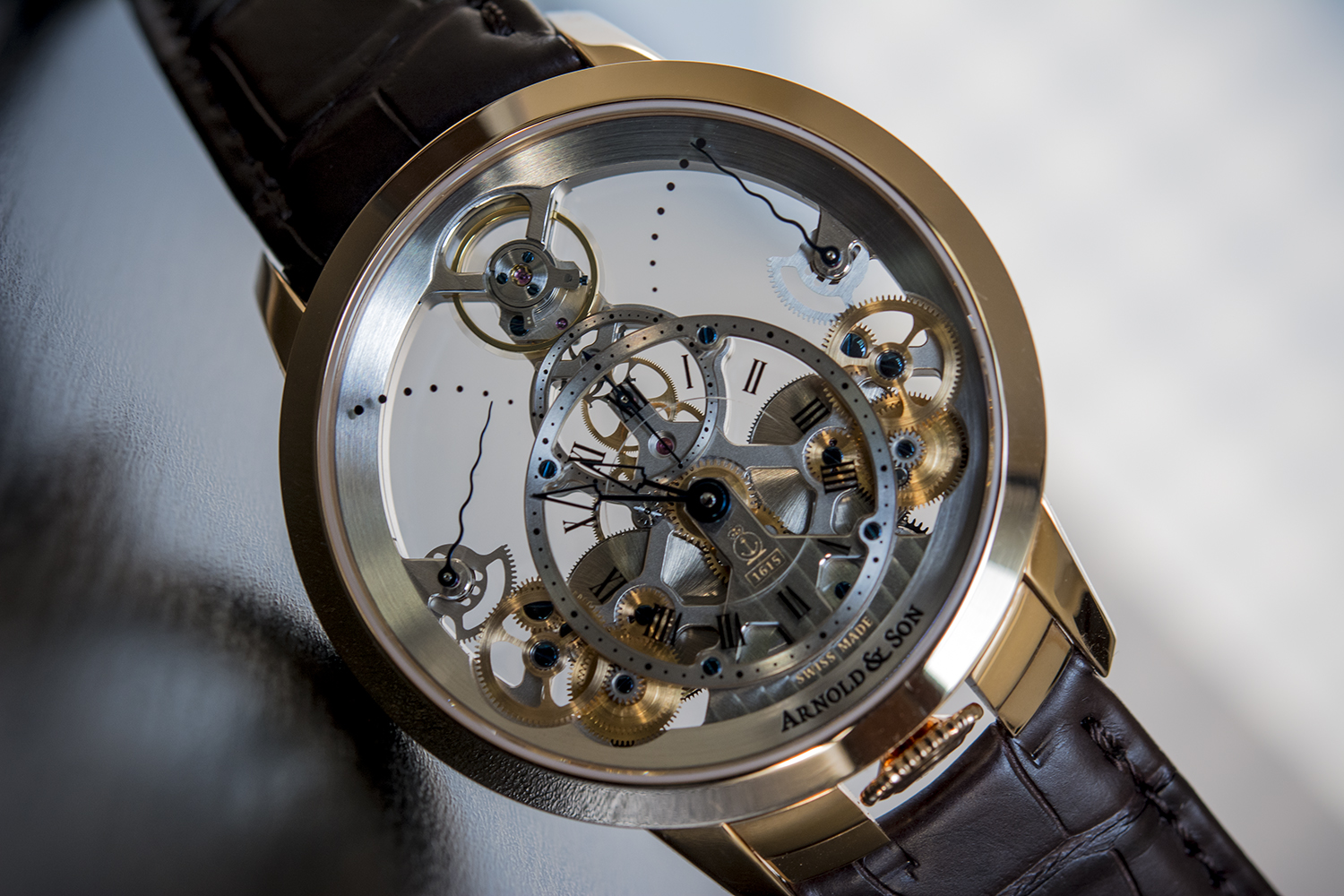 Arnold and Son Time Pyramid: So, a few weeks ago we introduced you to the HM Perpetual Moon and UTTE, this week we’re going to show you the Time Pyramid; which like the UTTE is also part of the Arnold & Son’s Instrument Collection, demonstrating the brand’s traditional watchmaking and technical prowess. The Time Pyramid has also already been voted watch of the year by Swiss watch magazine “Montres Passion”. The Time Pyramid was awarded 2nd place in the category of “Watch of the year 2013”, deftly demonstrating its British heritage and ingenuity in watchmaking. 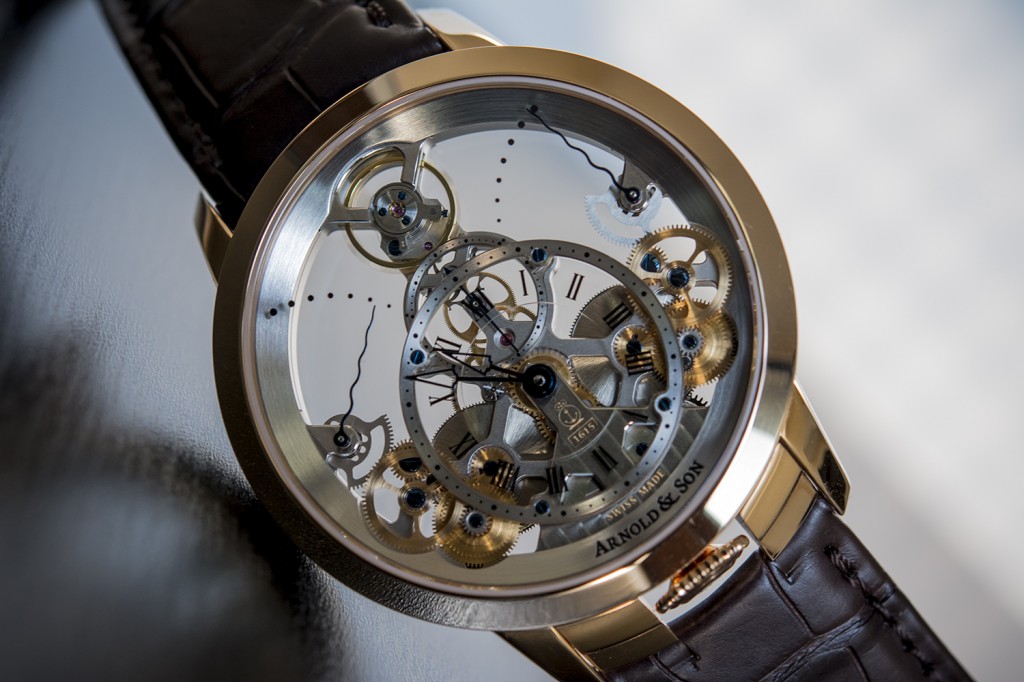 The Dial: I’m going to start with the dial, as the Time Pyramid features arguably one of the most intriguing dials available on the current watch market today. Like the name of this Arnold & Son suggests, the dial is constructed to look like a pyramid and does take its design from 19th century pyramid clocks of the past.  As you can see, the layout of the dial is somewhat unusual: at 3 and 9 o’clock are the power reserve gauges. Below the balance wheel at 12 o’clock is the running seconds and placed at the bottom of the dial at 6 o’clock are your hours and minutes. Although the layout is unusual it is perfectly balanced with symmetry. 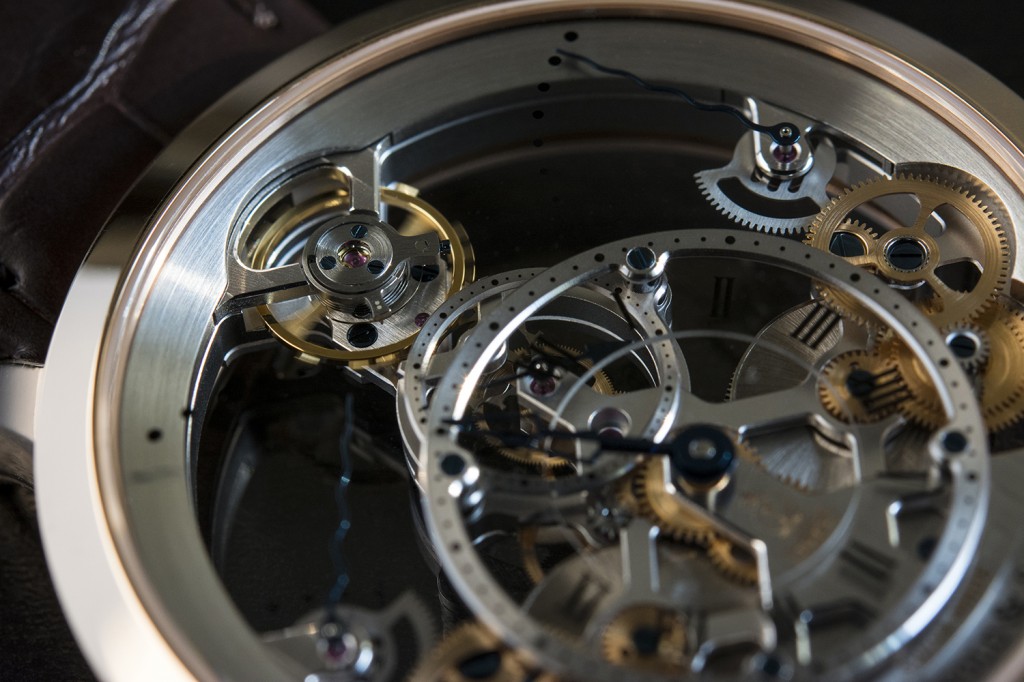 The Movement: The hand-wound, skeletonized (in-house built) calibre A&S1615 is built in a unique format, with the balance wheel at twelve o’clock, situated directly beneath the palette and the anchor wheel (which is shaped in typical Arnold & Son’s “X” form).  At the opposite end of the movement, at 6 o’clock, lay two mainspring barrels that supply the hand-wound calibre with an astonishing 90 hours of power reserve and provides a more constant force to the wheel train. Just like the HM Perpetual Moon and UTTE, the Time Pyramid has been finished in typical Côtes de Genève and blued screws. 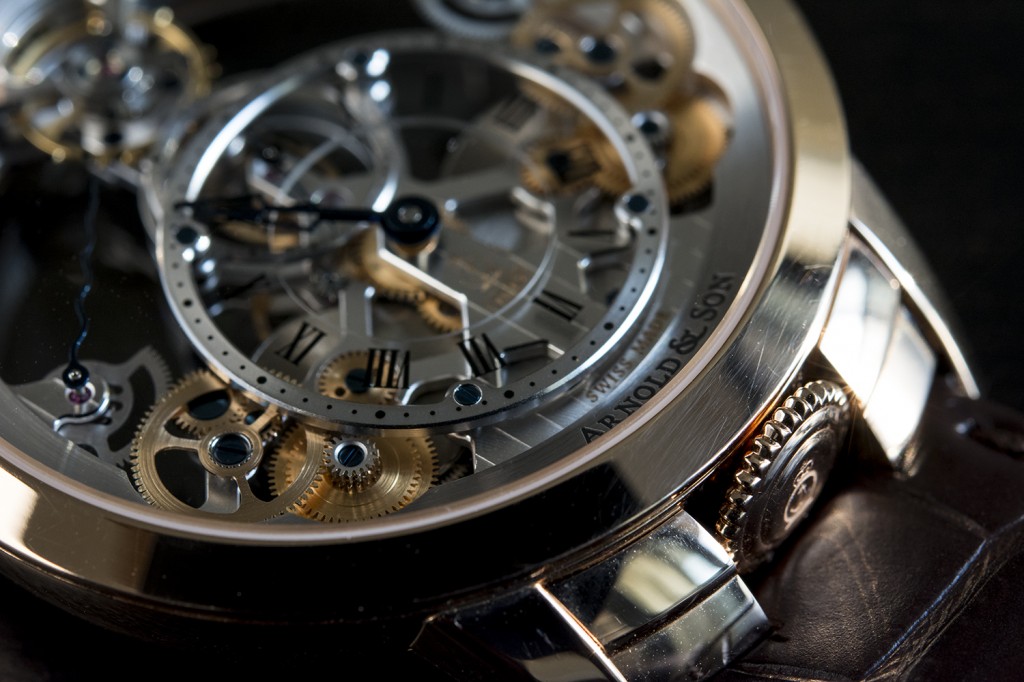 Now, reduced torque is something that can make a watch run slow and thus effect accuracy. Having a system to make sure that a watch regulation mechanism is accurate is what Arnold & Son have done.  It does this by having the right barrel use a system that waits for the power to decrease by a certain amount in the left barrel. When the mainspring torque reaches a certain point, the second mainspring barrel kicks in to offer extra power to increase torque. 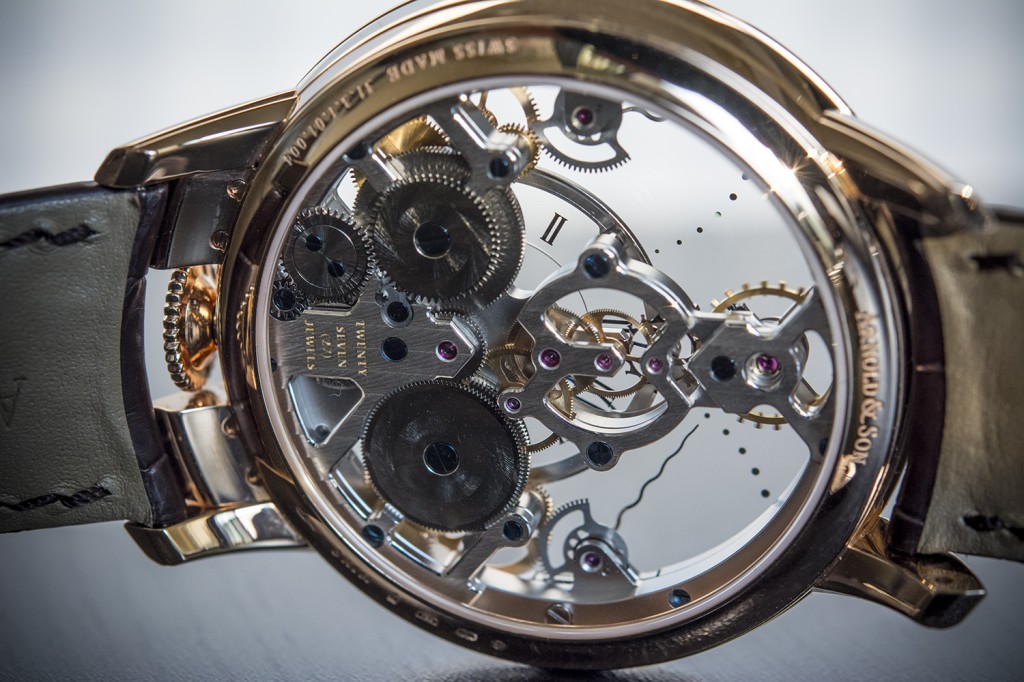 The Case: The Time Pyramid is currently only available in 18-carat red-gold and measures a very comfortable 44.6mm in diameter. With cambered anti-reflective sapphire and a see through sapphire case back, the Time Pyramid does make for a spectacular viewing. Tucked away underneath the case at 6 o’clock is a large fluted crown, which really does streamline the case. 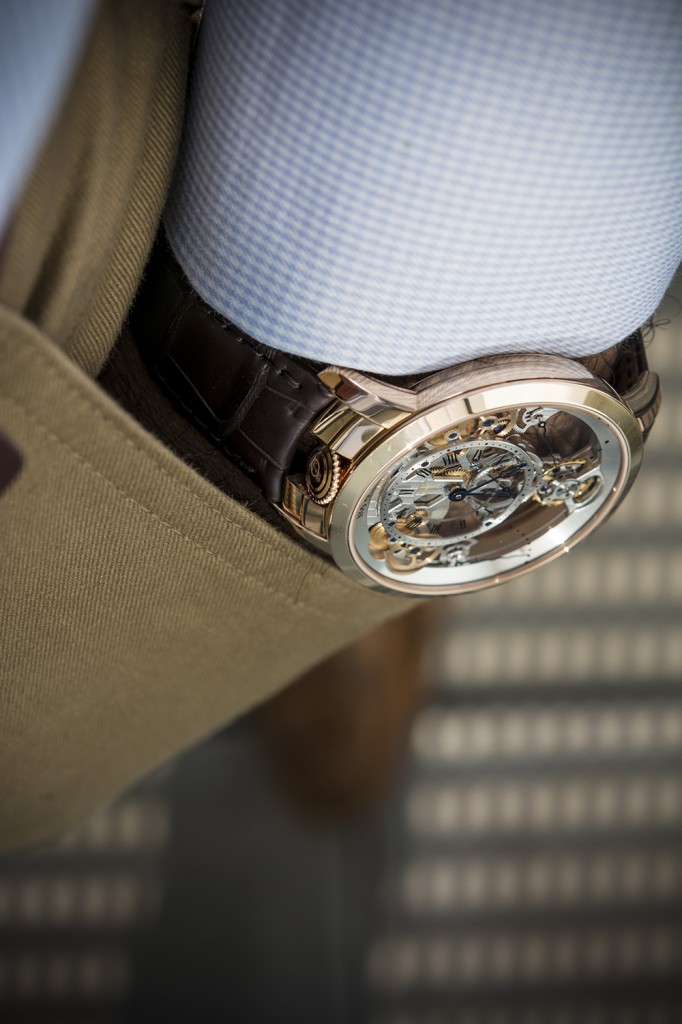 Conclusion: The Time Pyramid, like the HM Perpetual and UTTE, is absolutely stunning in the metal and truly is a well-made timepiece.  On the wrist it is very comfortable and this is no doubt down to the case dimensions. However, the layout of the dial doesn’t make for easy reading of the time and this is partly due to the skeletonized case being completely transparent but you soon get used to it.  Make no mistake what Arnold & Son have done here is create a conversational timepiece and at approx. $40,000 – not a badly priced one either.