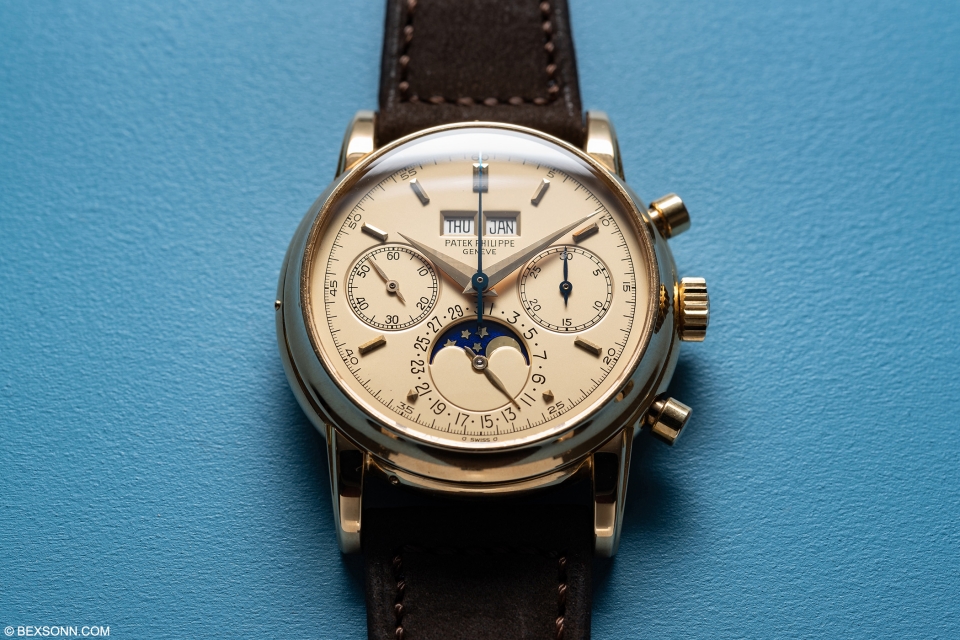 Last week we highlighted some of our favourite lots from the Phillips Watch thematic Daytona Ultimate auction. This week I’m going to focus on one particular lot from their more customary auction: the Geneva Auction: SEVEN. The lot we’re going to be focusing on is number 226. Why you may ask? It’s just another reference 2499 Patek Philippe, a watch we’ve highlighted here many times in the past. And while you may be very correct this is no ordinary 2499.

As mentioned, we’ve spoken about the Patek Philippe 2499 and it has essentially been described by many connoisseurs as the greatest watch ever made, period. Everything from the case shape and dial layout to the perpetual calendar chronograph complication, it is as pure an embodiment as it gets of Patek Philippe as a manufacture. 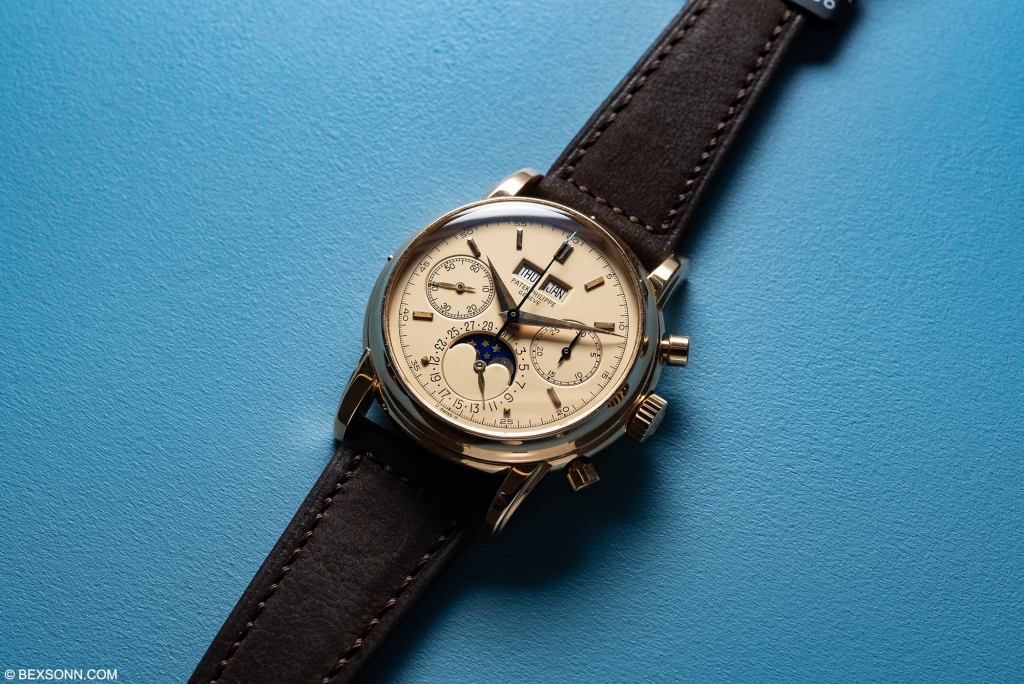 However, the 2499 isn’t a straight-forward reference and was made in four distinctive series, and for those who don’t know, there are a few easy traits to tell them apart. The first series is the easiest to distinguish, with a slightly smaller case, Arabic numerals, square pushers and a tachymeter, and while the second series maintained the tachymeter, both Arabic numerals and baton markers were used. The most significant difference is that the case changed and incorporated round pushers instead. The third and fourth series maintained the case of its predecessor, but this time, Patek Philippe removed the tachymeter scale and only used baton markers. The difference between the third and forth series? Not much, except that the 4th series for the first time, used a sapphire crystal, altering its model number to Ref.2499/100. 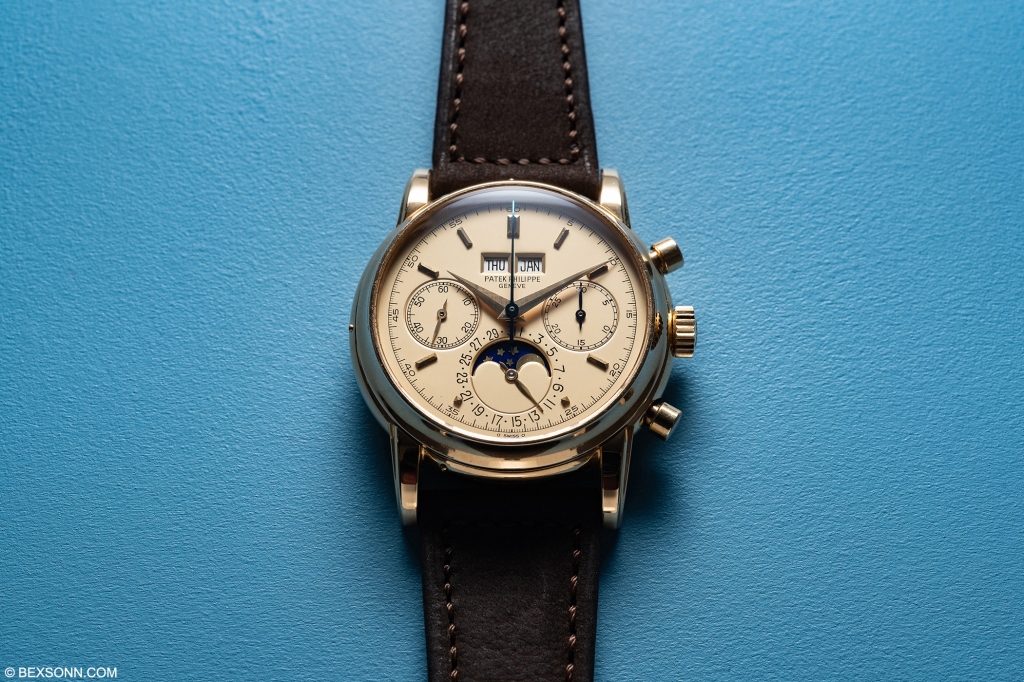 That said, when a fresh to the market example such as this, with a never seen before champagne dial that is in exceptional condition and is presented with its Origin of Certificate comes up for auction – you take note. Furthermore, this yellow-gold 2499/100 with champagne dial comes with letters of communication between the original owner, retailer and manufacture [Patek Philippe], which not only details this piece was made upon special request but also details the original owners’ irritation of the strap being mounted back to front when received. And while this may sound not only trivial but also mildly amusing, it is this very reason as to why this 2499/100 remains in unmolested condition with the strap still back to front – perhaps a blessing in disguise?

This fourth series 2499 in yellow-gold, as mentioned is in impeccable condition and as stated by Phillips, you can see it has been pretty much unworn, and still to this day remaining unpolished. You can really see the sharpness of the case and hallmarks as a testament to that. Moreover, the unique champagne dial elevates this 2499/100 to new heights, so while a fourth series may not be as desirable as a first or second, the condition and dial of the watch makes this perhaps, just that extra special. 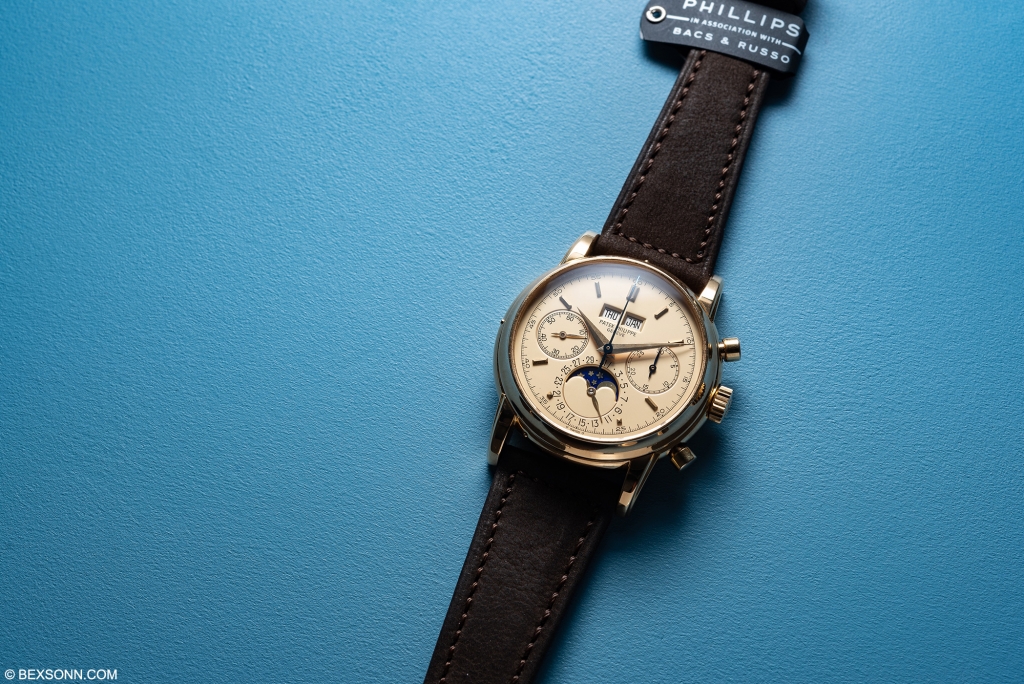 Over the past few years we’ve seen our fair share of Patek Philippe 2499s come up for auction but don’t for one second think they are becoming too common. Spanning over 35 years of production, Patek Philippe only produced 349 examples. Doing some calculations, that works out to roughly 10 watches on average per year, showing how special this watch really is. Looking at the 2499, there is a minuscule supply yet they do tend to show up at marquee auction houses quite often, and yet still the demand remains.

For more lot information on The Phillips Geneva Watch Auction: SEVEN that will take place on the weekend of the 12th & 13th of May at La Reserve Hotel, Geneva, visit the official Phillips Watches website to view the entire catalogue. 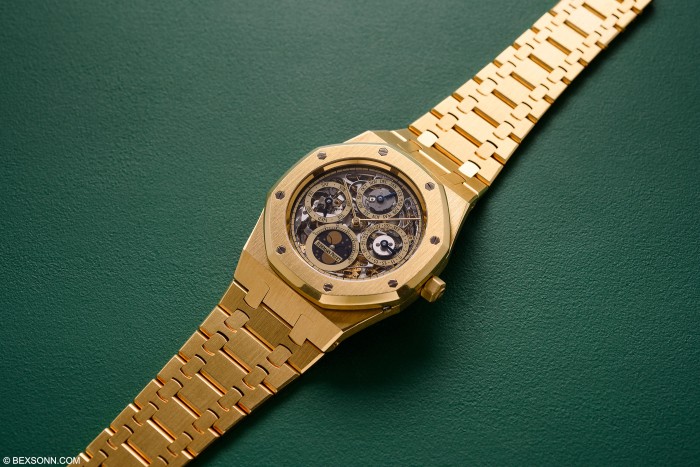