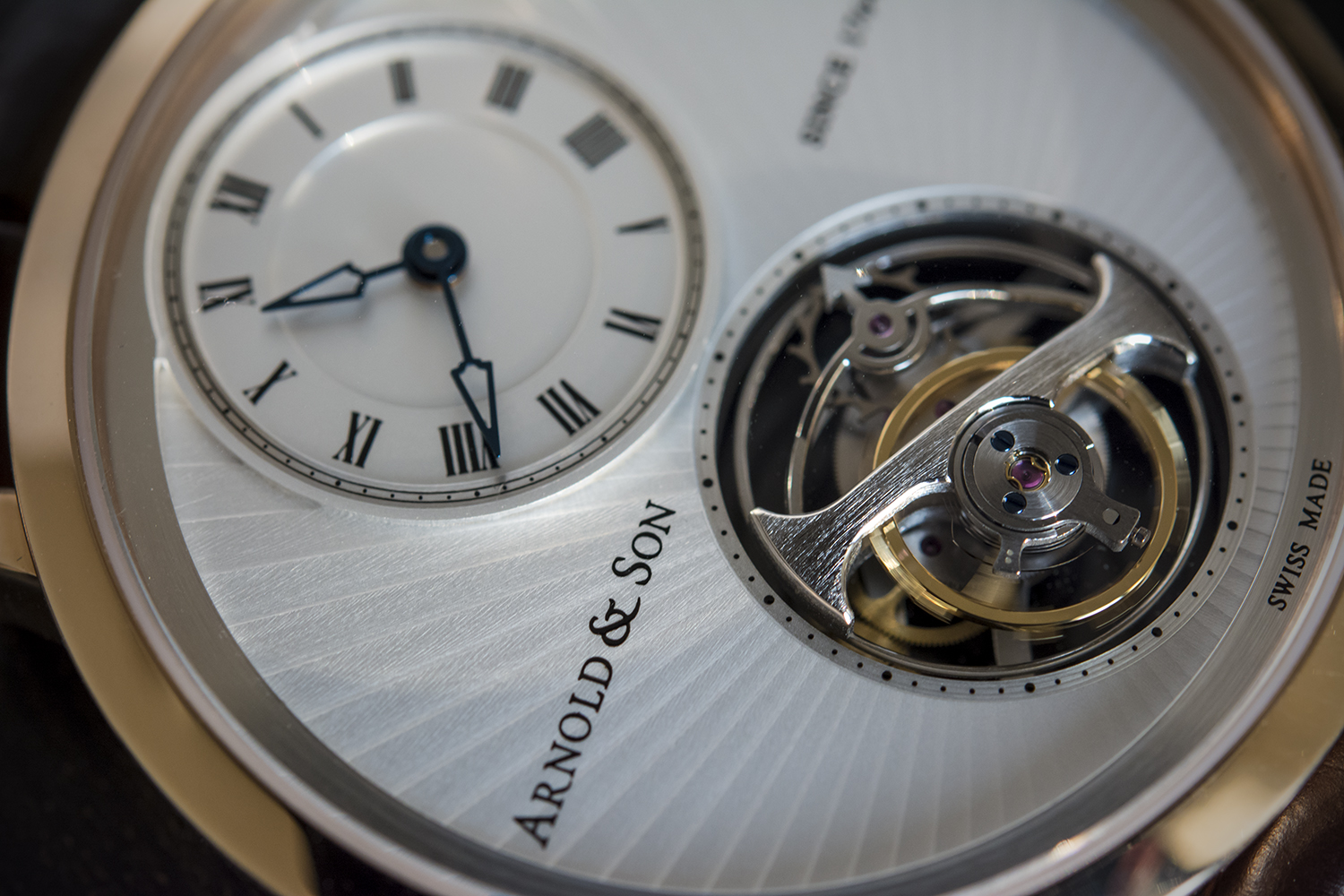 Arnold & Son UTTE :  A couple of weeks ago we introduced you to the HM Perpetual Moon, this week we’re going to show the UTTE (Ultra-Thin Tourbillon Escapement); which is part of Arnold & Son’s Instrument Collection, demonstrating the brand’s traditional watchmaking and technical prowess.  As mentioned last week, Arnold & Son was a talking point for many at Basel World and more importantly this was one of the pieces that was a hot topic. 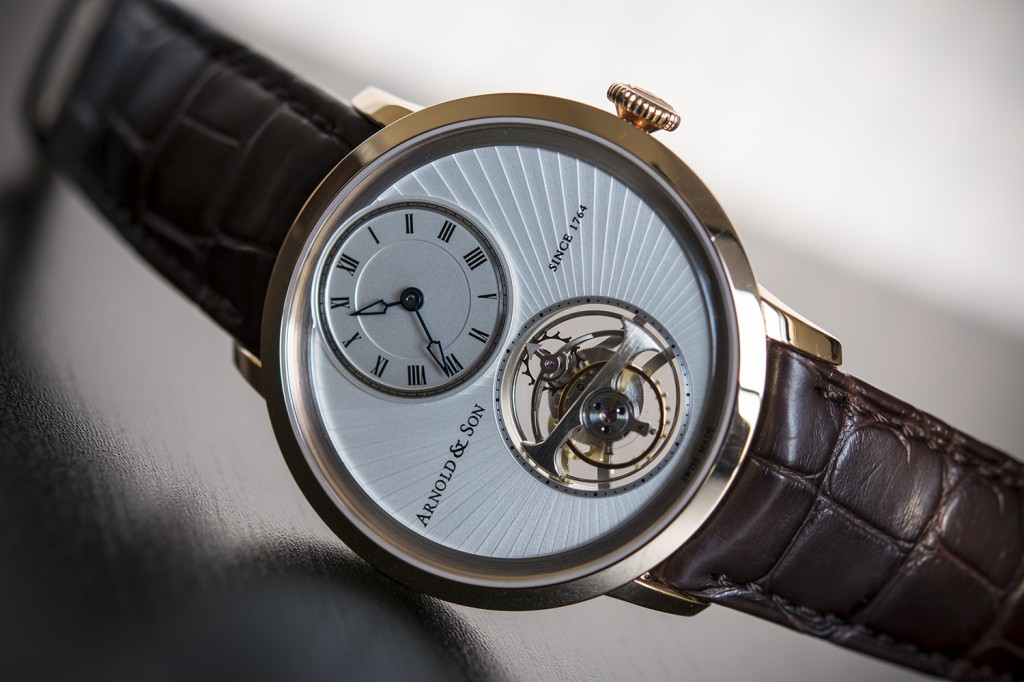 The Dial: The UTTE features a beautifully finished Silvery-white Côtes de Genève and silvery opalescent dial. Incorporated into the dial at 6 o’clock is arguably the world’s thinnest Tourbillon escapement, which we’ll delve into in the next paragraph, and at 12 o’clock is a small but legible hour and minute’s display: which features roman numerals, train track minute indicators and blued hour/minutes hands. 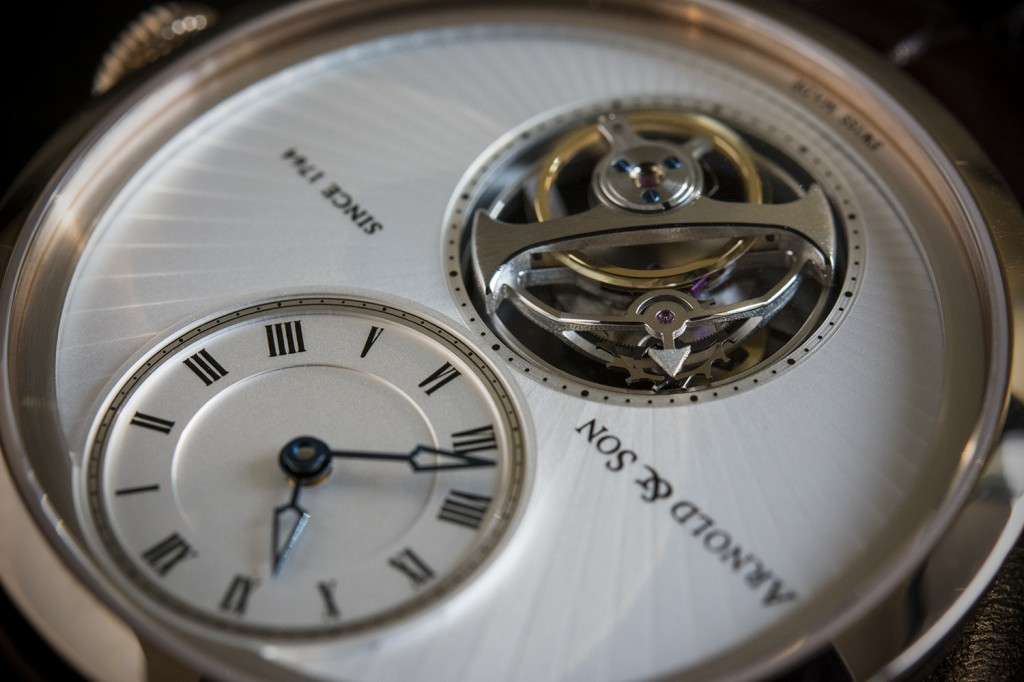 The Movement: Now, the UTTE as mentioned before is arguably the world’s thinnest Tourbillon currently in production today and features a one-minute flying Tourbillon which measures 32mm in diameter, a thickness of 2.97 mm and a tourbillon cage which is 14mm in diameter. Many hours of research have gone into creating the in-house developed ultra-thin A&S8200 movement. Interestingly enough it is no coincidence that Arnold & Son have created this Tourbillon. As many of you may know it was Louis-Abraham Breguet who invented the Tourbillon complication and in fact the very first Tourbillon was mounted in John Arnold’s N°11 movement; which is on display at the British Museum. So, this UTTE fits in very well with the Arnold & Son heritage. Through the case back you’ll be able to see how the movement has been finished in typical Côtes de Genève. You’ll also be able to see two barrels, which provides 90-hours of power-reserve; this proves to be very useful considering it’s a manual-winding movement. 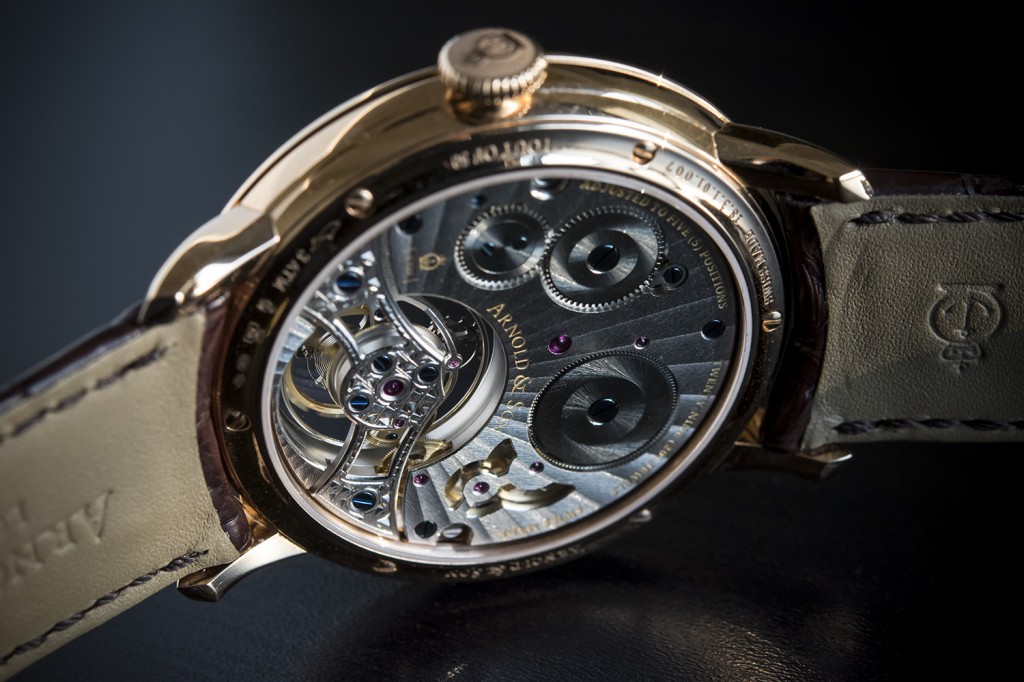 The Case: Like the HM Perpetual Moon the case measures a very wearable and modest 42mm in diameter but is only 8.43mm thick; which also features a cambered anti-reflective sapphire crystal on both sides. The exhibition case-back allows you to admire the hand-finished A&S8200 movement. The UTTE is available in two metals: 18k red-gold and palladium, which are limited to 50 pieces in both metals. The palladium features a slightly different finish on the dial. There is also a limited edition Asprey co-signed version too. 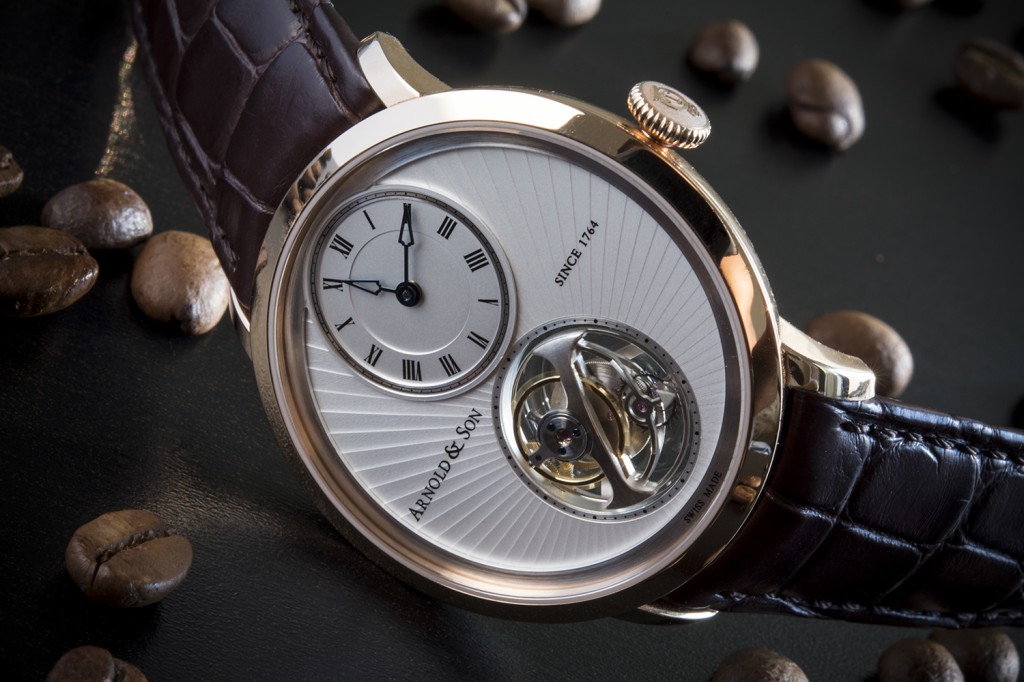 Conclusion: The Ultra-Thin Tourbillon Escapement like the HM Perpetual is absolutely stunning in the metal and truly is a well-made timepiece.  On the wrist it feels absolutely superb and this is no doubt down to the case dimensions. You may have thought that incorporating such a large Tourbillon escapement that takes up half of the dial in a small timepiece like this, that it would be quite difficult to read the time? However, this is quite the opposite – the cleanly constructed dial really makes it easy, which is how it should be. What I do like is how subtle the Tourbillon complication is and how easily it can go unnoticed – is this a good thing? I think it is.