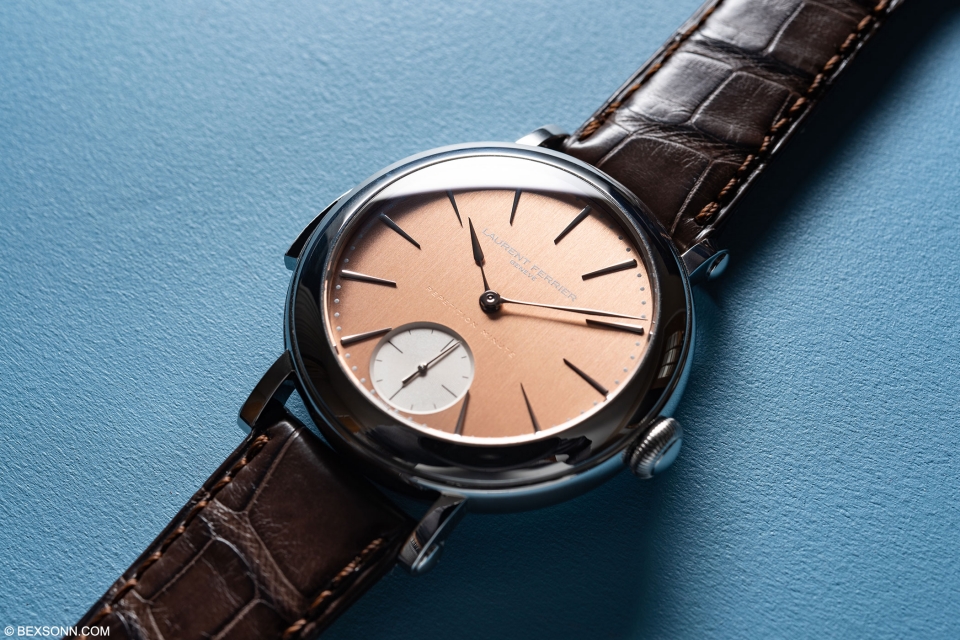 Since the beginning, Laurent Ferrier, has kept a pretty conservative approach to their design language. This was evident with the Galet Classic and Micro-Rotor, which became emblematic of the manufacture’s understated elegance. Five years later, an entirely new case shape was introduced in the form of the Galet Square featuring a cushion-shaped case. Just over a year ago, they introduced the Montre École or school watch in English that has evolved during this time. 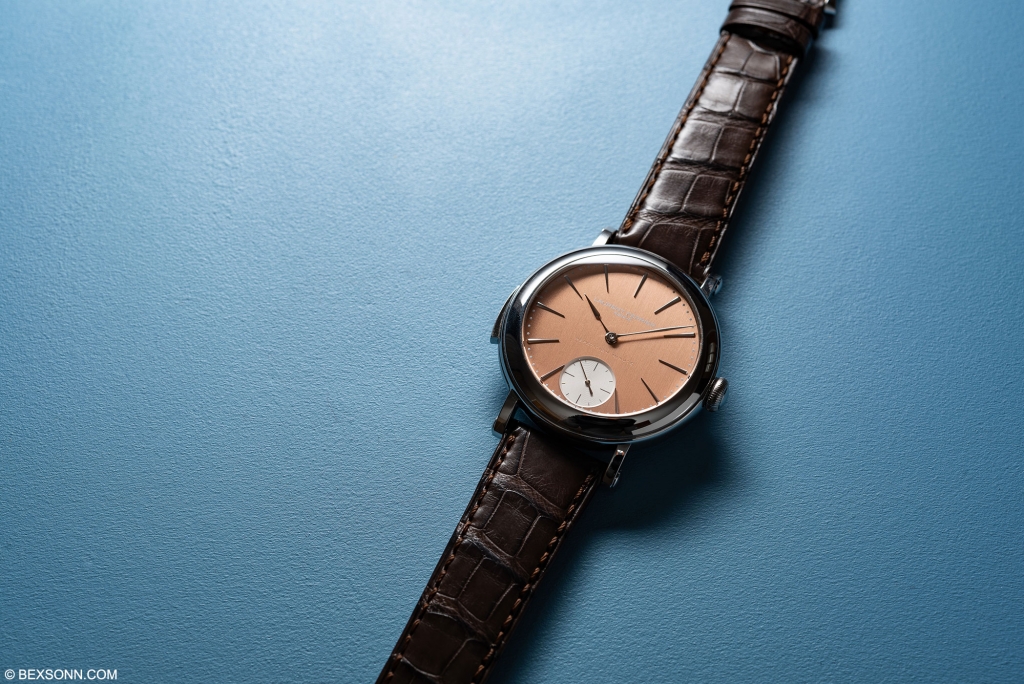 This year Laurent Ferrier went a step further introducing the Galet Minute Repeater Pièce d’École; for me personally it has to be one of my favourite watches released thus far this year! The minute repeater function suits the École case design down to a tee. The proportions are just right and the salmon dial with white small seconds just works. But the thing which makes this piece just that little extra special is the fact that Laurent Ferrier have chosen to case it in steel, not something many brands would dare to do but is something that all makes sense.

The minute repeater in itself is perhaps one of the most archaic complications today. The repeaters original purpose was to enable the user/wearer to tell the time in the dark, so it audibly chimed the hours and often minutes. It was a complication that was invented before electricity, so its usefulness then made sense. A repeater comes in a few forms such as: Grande Sonnerie, minute repeater (which is the most common), as well as others. 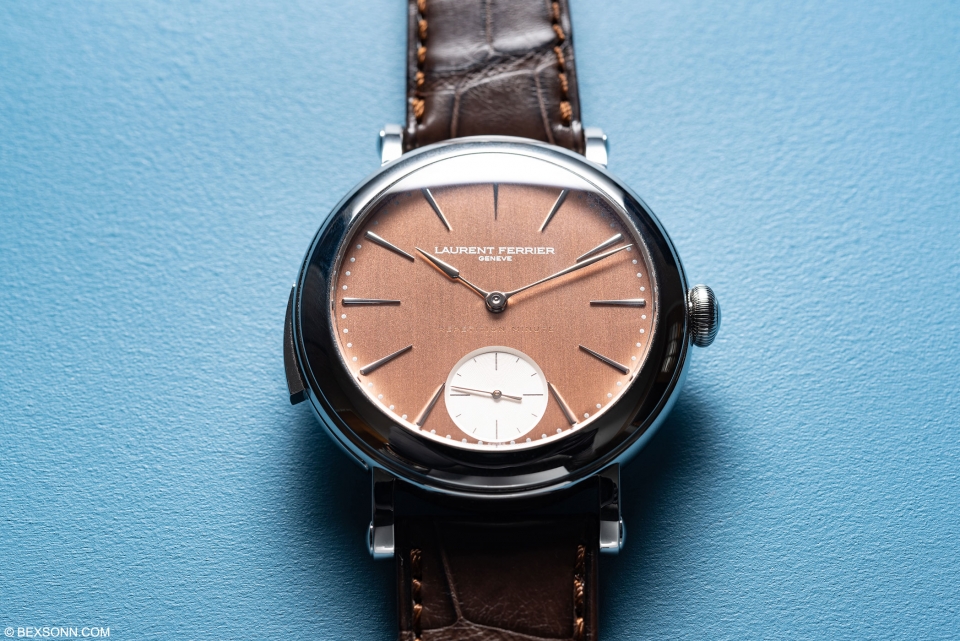 As mentioned, Laurent Ferrier unveiled their first minute repeater wristwatch this year, cased in the Montre École case. Building upon this new case they unveiled at SIHH a couple of years back, which consists of a time only, regulator, annual calendar and now this. However, it would be interesting to see this complication cased in the traditional Laurent Ferrier pebble-shaped case too and if it would even work as well.

Looking through the sapphire display, you see the salmon toned vertical satin-brushed dial, which adds a certain warmth in tone to the overall appearance. Looking closer at the dial, once again it is all about the details, with recessed sub dials at 6 o’clock displaying the running-seconds. It also features 11 typical drop-shaped white gold hour-markers. As a standard feature, all dials feature the Laurent Ferrier signature Assegai-shaped hands for indicating the hours and minutes. This distinctive look, which combines a vintage style by its colour and a contemporary appearance with a well-kept design, is completed by a chestnut coloured alligator strap. 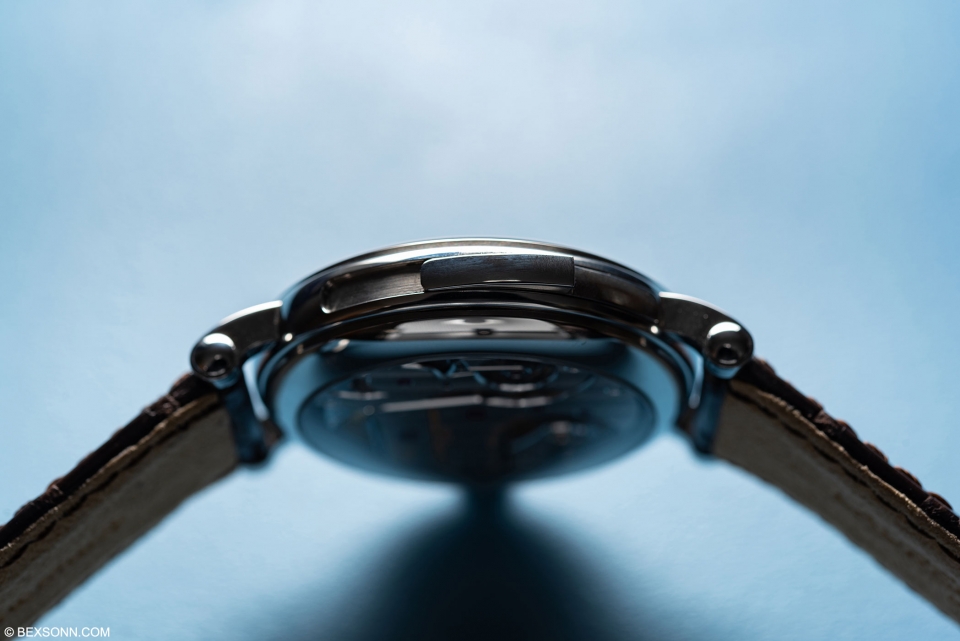 The stainless-steel case of the Galet École measures 40 mm, which in the world of watchmaking today is considered on the small side but it is intended to assert a bolder presence on the wearer’s wrist than the one would think. And yes I did say steel. You see, steel creates the best resonance for a minute repeater, so as already mentioned you can now see why this all makes sense. At 9 o’clock, incorporated into the case band, is the minute repeater lever, which works well with the overall case design.

The calibre of this new Laurent Ferrier timepiece has caused somewhat of a debate in the WIS circles, but I’ll get to that in a moment. This new piece is powered by the calibre LF 707.01, this is a manual-wound movement, with a power reserve of 80 hours. Of course, it goes without saying that the finishing is one of the best around. 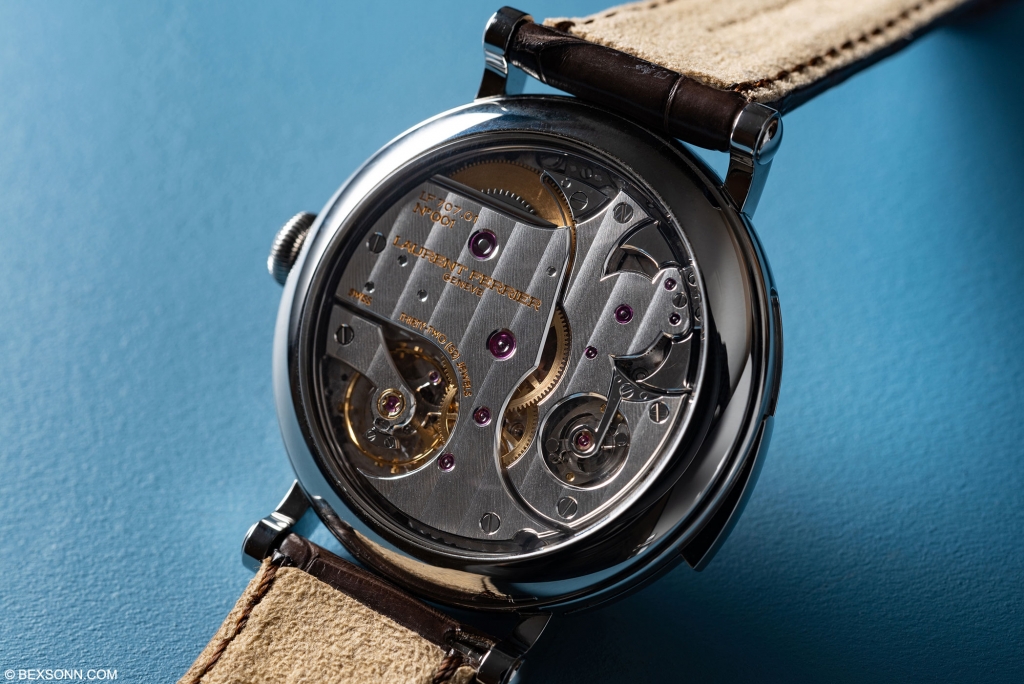 And now for the debatable bit, Laurent Ferrier have never claimed this movement to be in-house and as we are bringing the debate up, you can probably guess by now that it isn’t. This movement is actually based on a  Fabrique du Temps èbauche and for the eagle eyed among you, you will know this is the exact same base used in Girard Perregaux and Ralph Lauren minute repeater wristwatches. But just why is this debatable at all? There’s a growing trend that watch collectors believe they should at least be told when/if an outsourced movement or blank is used but brands of course are under no obligation to share this information and as mentioned LF have never claimed it was in-house. But it does beg the question why watch brands don’t share this information?

Does this information make the new Galet Minute Repeater Ecole any less desirable? Certainly not, however it will of course raise a few eyebrows, when looking at the price but this is no different from what, are now considered top tier, watch brands did back in the early and mid-twentieth century. That said, I still think this new Minute Repeater from Laurent Ferrier is nothing short of perfection, in my somewhat humble opinion.

This new Laurent Ferrier Galet Minut Repeater School Piece is limited to just five pieces and will be produced over coming two years, priced at CHF 290,000. For information on this new piece, visit the Laurent Ferrier website.

The A. Lange & Söhne Zeitwerk Minute Repeater with A Deep-Blue Dial
June 17, 2020 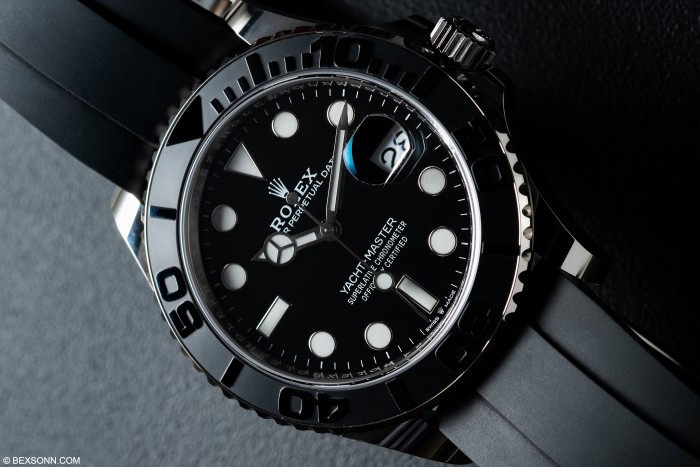