Heads-up on the Watches of Knightsbridge September Auction, which includes a very cool Heuer Autavia, an Omega Railmaster, a Omega Seamaster 300, an Omega Speedmaster, a Rolex Explorer and a rare Rolex ‘Paul Newman’ Daytona Ref. 6262 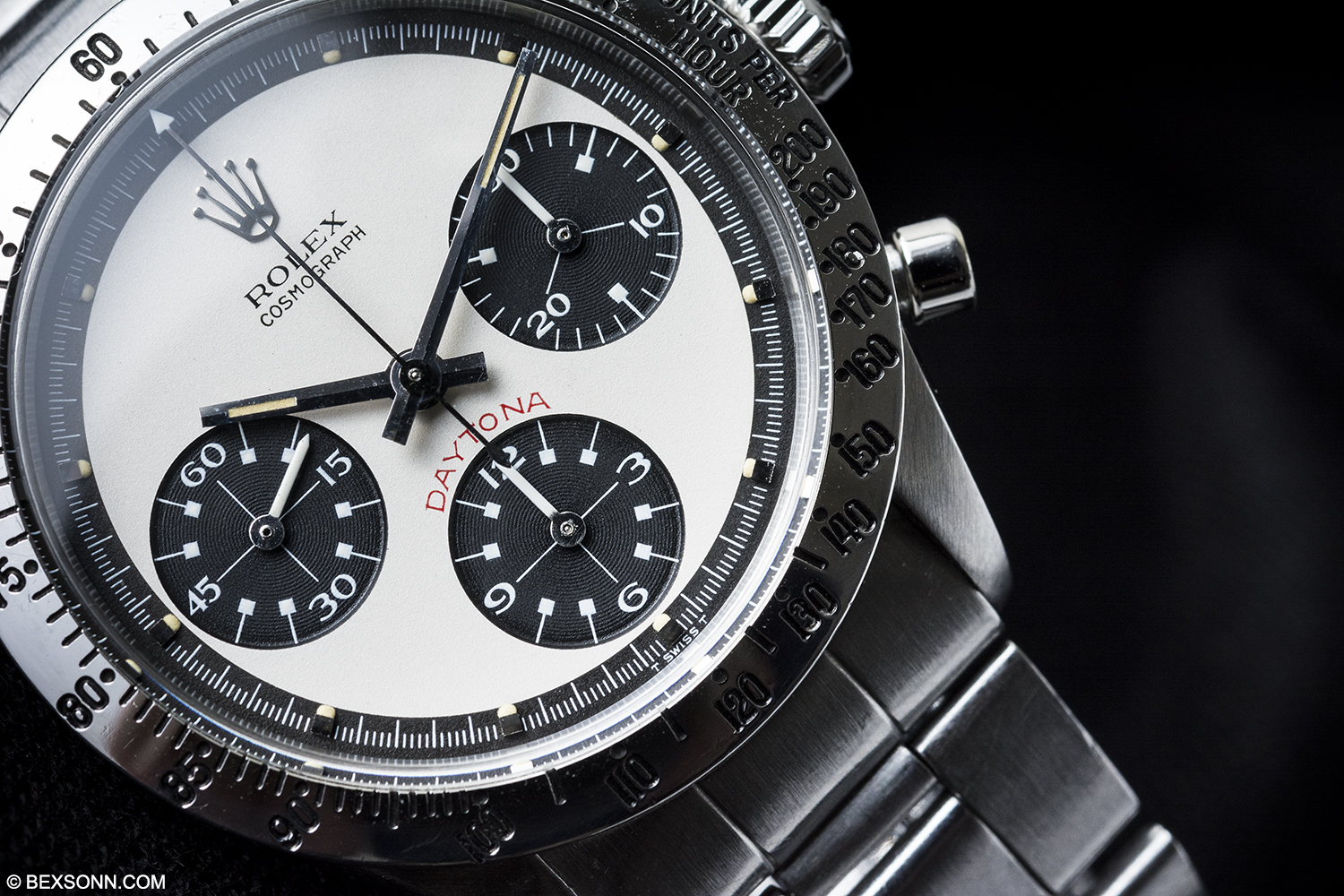 Watches of Knightsbridge September Auction: A couple of weeks ago we spent some time over at 64 Knightsbridge to get hands-on with some of the timepieces in the upcoming September auction on the 20th. There were quite a few we picked out that caught our eyes and I’m sure you’ll see why too. We have highlighted some of the more interesting pieces below consisting of; a seriously cool Heuer Autavia, an Omega Railmaster, a nicely aged Omega Seamaster 300, a Pre-moon Omega Speedmaster, an absolutely must have Rolex Explorer and a seriously rare Rolex ‘Paul Newman’ Daytona Ref. 6262. 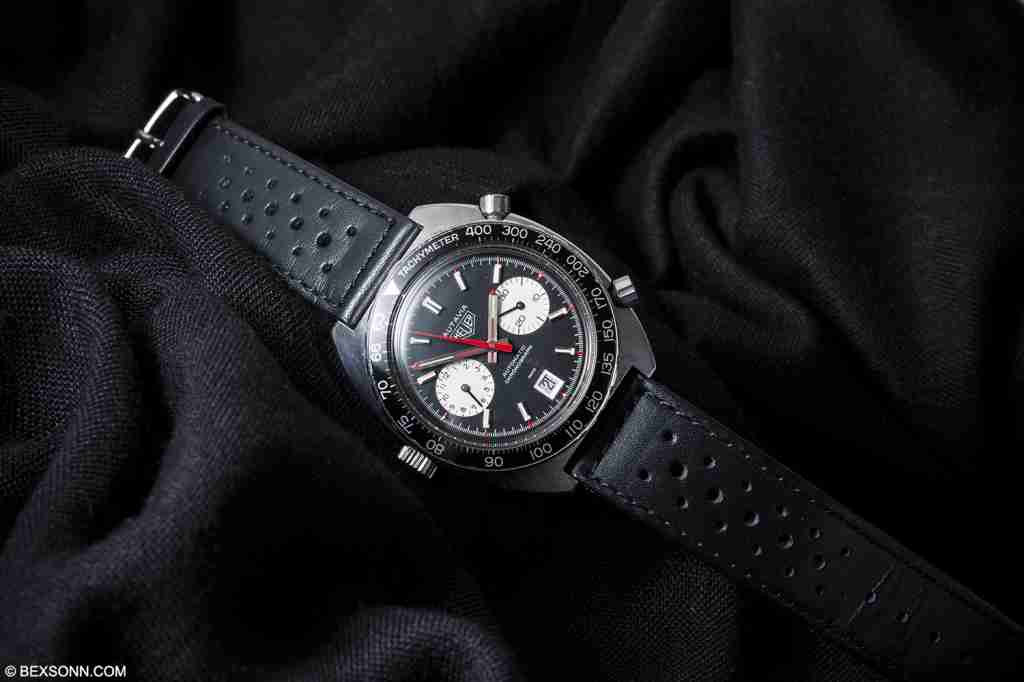 Lot 137: Last time round we looked at a Monaco 1133(B) as worn by the king of cool himself – Steve McQueen, this time we are looking at its brother, the Autavia but this isn’t any ordinary Autavia, it is an ‘Viceroy’ Autavia Ref. 1163(V). Once upon-a-time tobacco companies liked to have brand associations, not anymore though and this particular Autavia was produced as a promotional item for Viceroy Cigarettes. At the time while the standard Autavia 1163(T) was selling for approx. $200, collectors were buying the Autavia 1163(V) for just $88 by sending in Viceroy Coupons. 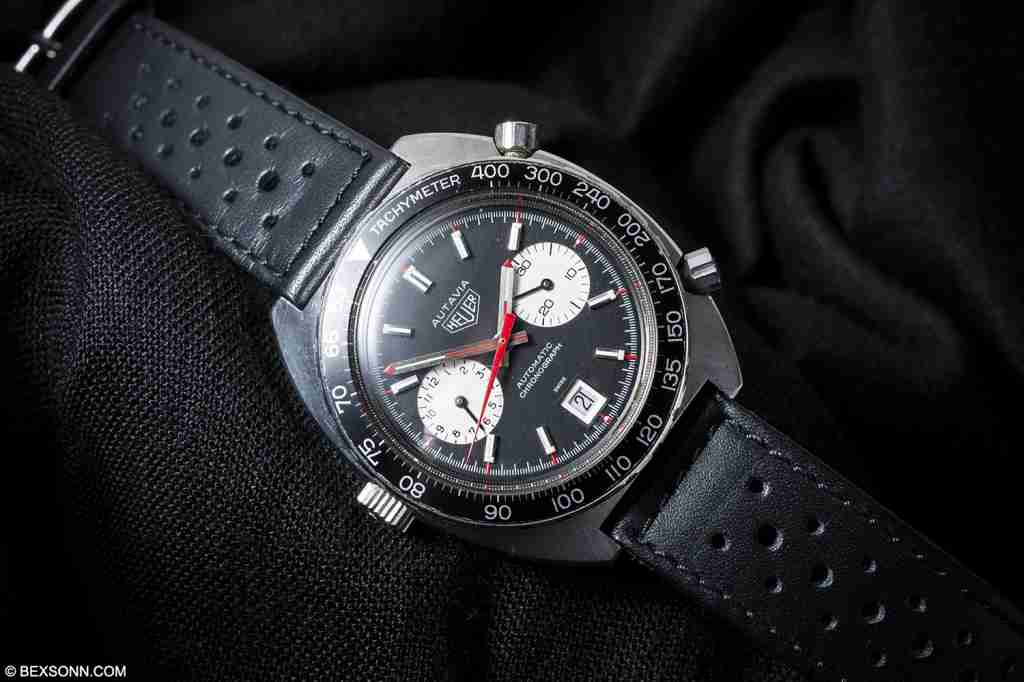 This 1970’s Heuer Autavia Ref. 1163(V) features a matte black dial with luminous inlaid silver batons and a minute track with red accents. Two white sub dial registers recording hours and minutes, as well as a date aperture at 6 o’clock and a bright red centre seconds chronograph hand. The Tonneau shaped stainless steel case measures a very respectable 42mm. Inside this Autavia is the calibre 12 17 jeweled movement signed Heuer-Leonidas S.A. This Heuer Monaco is up for auction at an estimated price of £1,200 – £1,500. 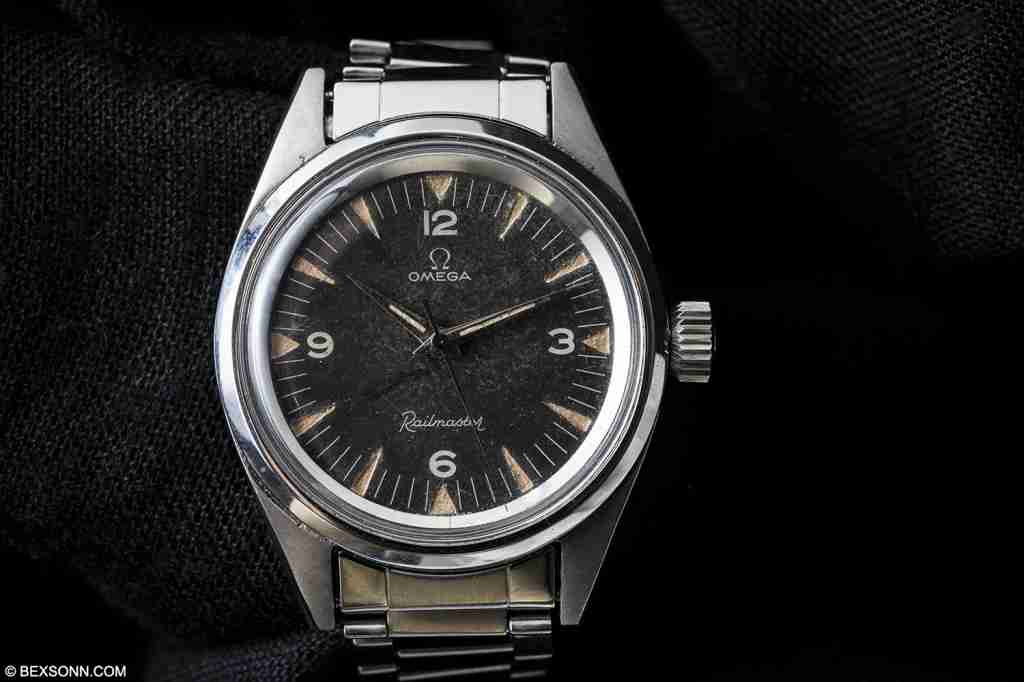 Lot 297: Next up is this rather well aged Railmaster CK2914. Probably not as well-known as its siblings it was released alongside of the Seamaster CK2913 and Speedmaster CK2915. While the purpose of the Seamaster was made for professional divers and the Speedmaster made for car racers and those who needed to measure short periods of time, the Railmaster had a more interesting functional use; it was made for those who were working in strong magnetic fields areas. It has a double housing case and a specially designed dial, it was made to withstand around > 1000 Gauss.

This 1964 Railmaster Ref. CK2914-5 SC features a matte black dial, which has aged perfectly and sports luminous inset marker and applied Arabic numerals at 3,6,9 and 12, with steel dauphine hands. Ticking away inside is the calibre 285 17 jewelled movement signed and numbered by Omega. The 32mm stainless steel case sports a large Omega signed winding crown on a flat-link bracelet. This Railmaster is up for auction at an estimated price of £3,800 – £4,200. 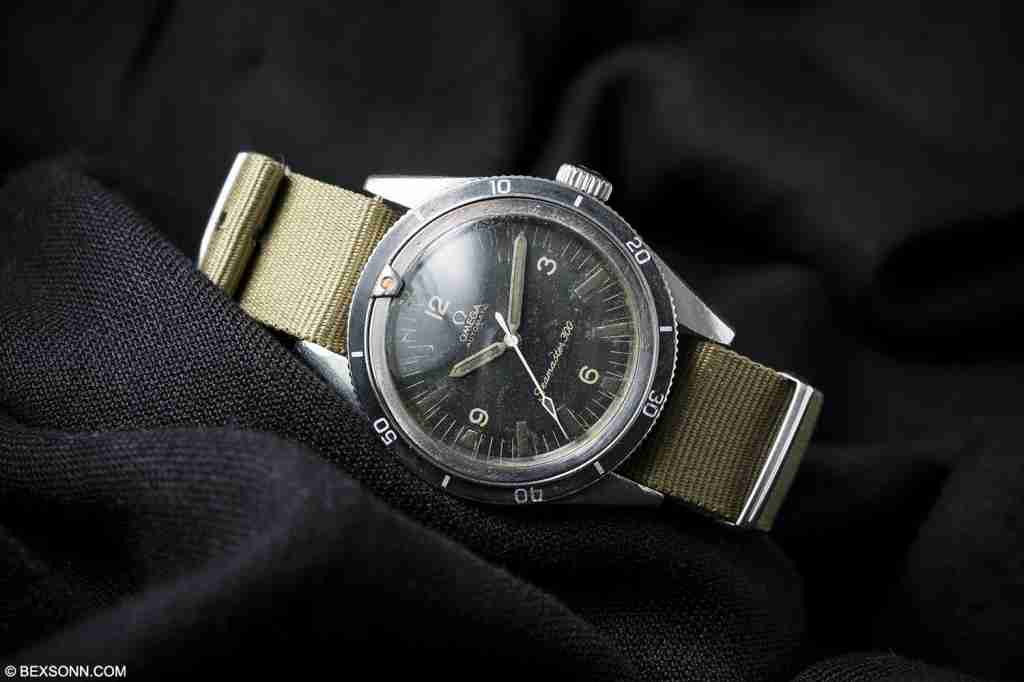 Lot 238: We did a post recently on the new Omega Seamaster 300 and although this isn’t the original CK2913 but in fact it is one of its predecessors that housed the newer Omega calibre. The Seamaster ref. 165.014 ST is actually the last Seamaster 300 to sport this case design, as after this reference the case was up sized and had twisted bombe-style lugs.

This 1963 Omega Seamaster 300 ref 164.14 ST features a well-weathered, matte black dial, which has quarterly applied Arabic numerals, luminous markers and its original straight hour and minute’s hands. The case measures 38.5mm in diameter made from stainless steel, with its 60 minute acrylic bezel still intact. Beating away inside is the 17 jewelled calibre 550 automatic movement, signed Omega Watch & Co. It comes on a Khaki NATO strap, which is very in fitting with this timepiece. This Seamaster 300 is up for auction at an estimated price of £1,500 – £2,000. 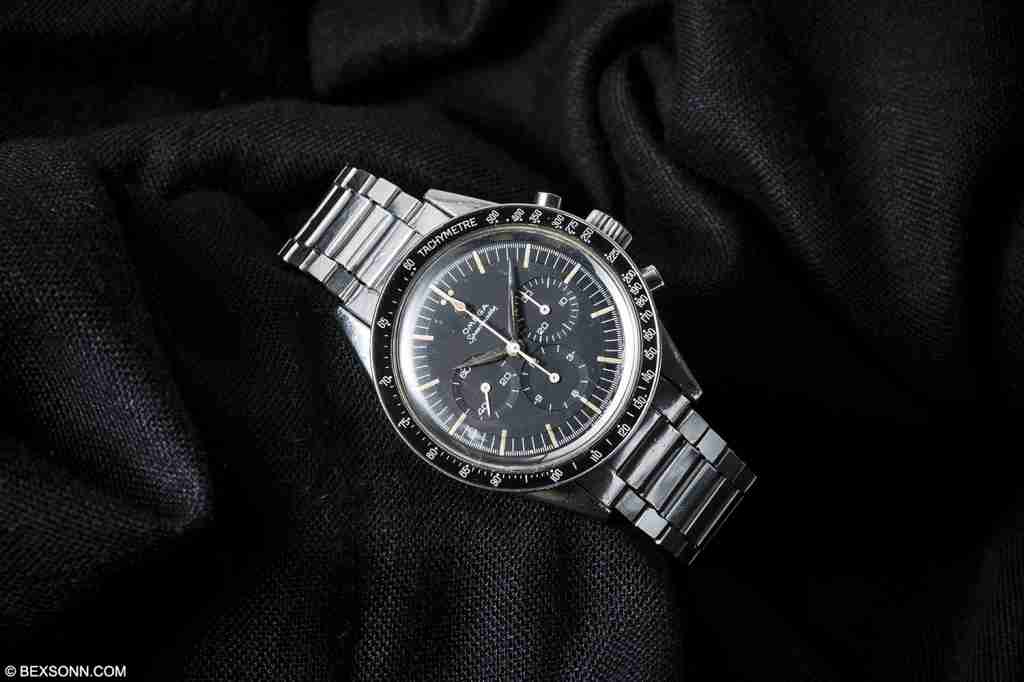 Lot 223: It is no secret we love Omega Speedmasters here on BEXSONN.com and even as recently as last week we were talking about the iconic ‘Moonwatch’ here. This one however, is a pre-moon Speedy and sports straight lugs. This Speedmaster ref. 105.002, which in essence is a CK2998, is considered to be the next best thing when it comes to vintage Speedmasters and this particular reference was actually only made for a very small period of time in 1962. For me, this makes the 105.002 actually more sought after than the CK2998…

This Speedmaster ref. 105.002 ST has a matte black step dial with applied luminous markers and a standard triple sub dial register, recording hours, minutes and continuous seconds, with steel Alpha hands. Ticking away inside is the famed 17 jewelled manual wind calibre 321 movement, signed Omega & Co. The case measures approx. 40mm in diameter and as mentioned sports the earlier non-crown guard straight lugs. It comes on the original flat-link bracelet, which is also numbered and dated ’62 but as an added extra this watch comes with original box and papers. This Omega Speedmaster is up for auction at an estimated price of £3,000 – £4,000. 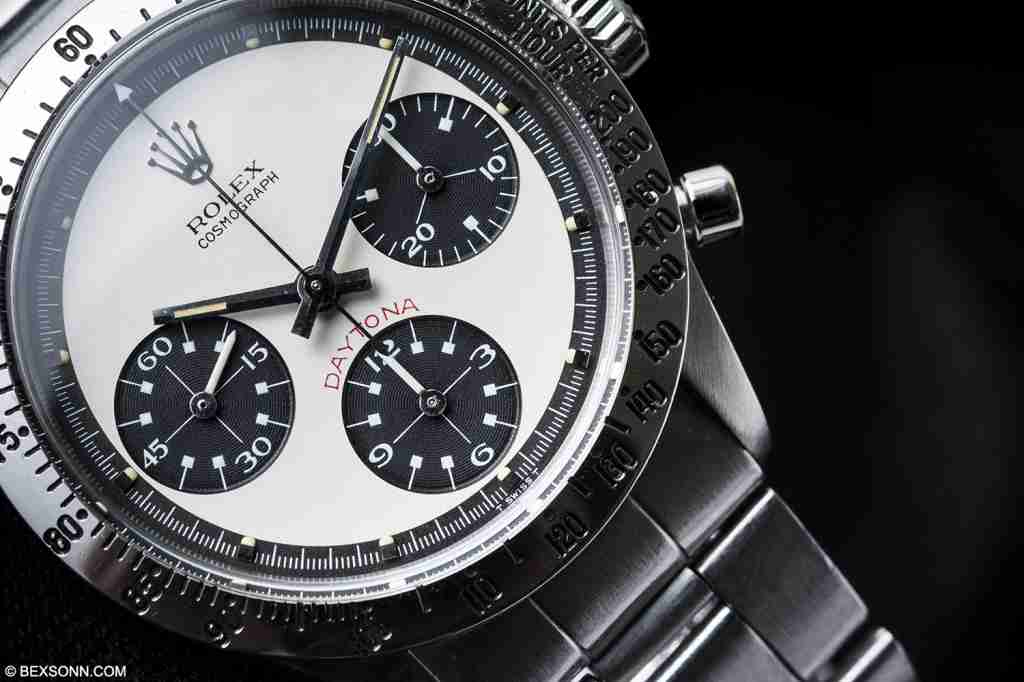 Lot 331: Now, this particular timepiece we’ve picked is very special and when they come up for auction things tend to go a little crazy. Again, another piece we spoke about just last week here. The ‘Exotic Dial’ aka ‘Paul Newman’ Daytonas are famous for one reason and one reason only. The man himself was pictured wearing one on the front of an Italian magazine. This PN Daytona 6262 is actually quite sought after (though most Paul Newman’s are) simply because it was only in production for one year, from 1970 – 1971. 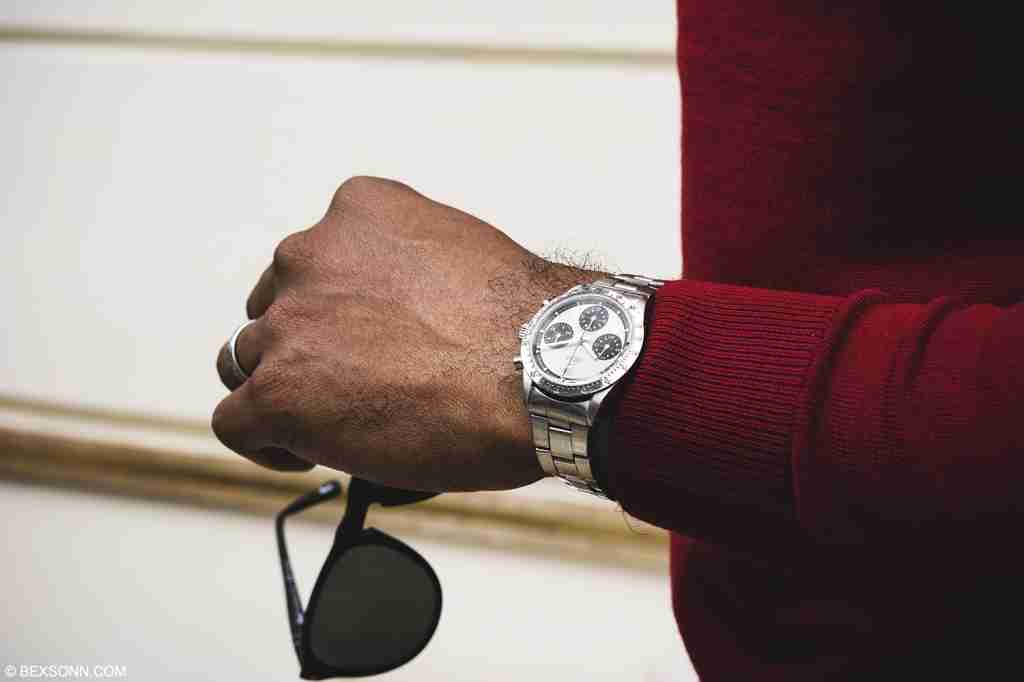 Though there are tri-colour 6262 dials that exist this particular Paul Newman Daytona feature a two-colour white and black dial with luminous, raised silver hour markers and of course triple register, recording hours, minutes and continuous seconds. Inside is the 17 jewelled manual wind 727 movement, signed Montres Rolex S.A. The case measures 36.5mm in diameter and features pump-style chronograph pushers with a steel bezel, on a Rolex oyster bracelet. The original owner, who purchased it back in 1975 for just £134, has consigned this PN Daytona. This ‘Paul Newman’ Daytona is up for auction at an estimated price of £30,000 – £40,000 but I think it may just go for a little more? 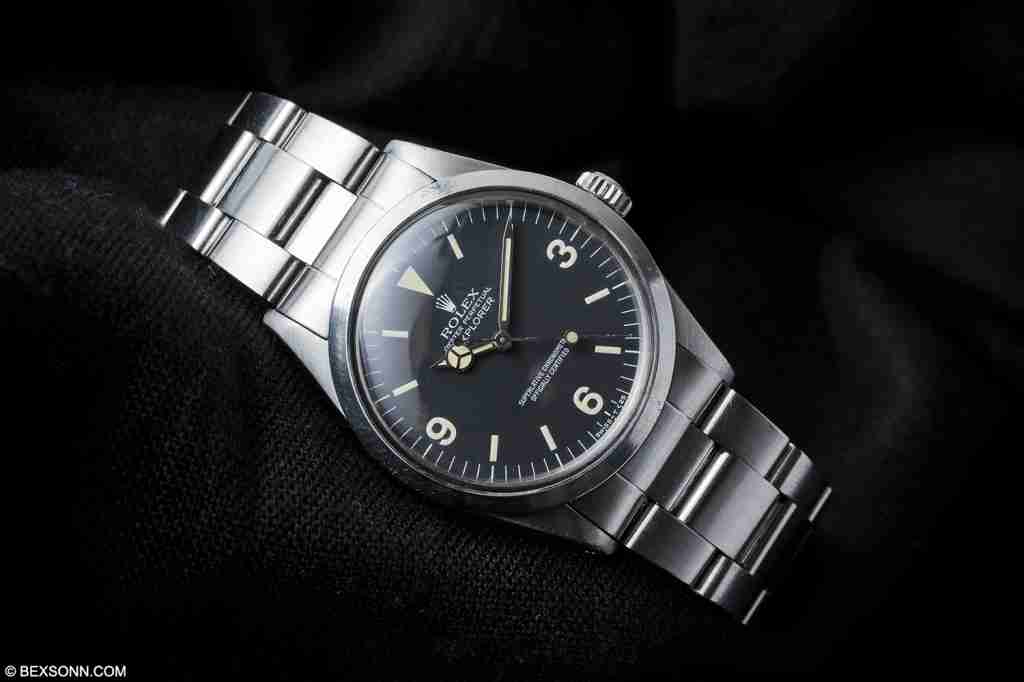 Lot 346: Last but by no means least, this super cool Rolex Explorer. Personally, I am a fan of the Explorer but it has to be vintage and this particular ref. 1016 is an excellent example. The Explorer ref. 1016 is the most common series made and was in production for over 25 years and we think it is just one of those classics that every Rolex fan should have in their collection. This particular 1016 has a beautifully aged dial and is well worth a look. 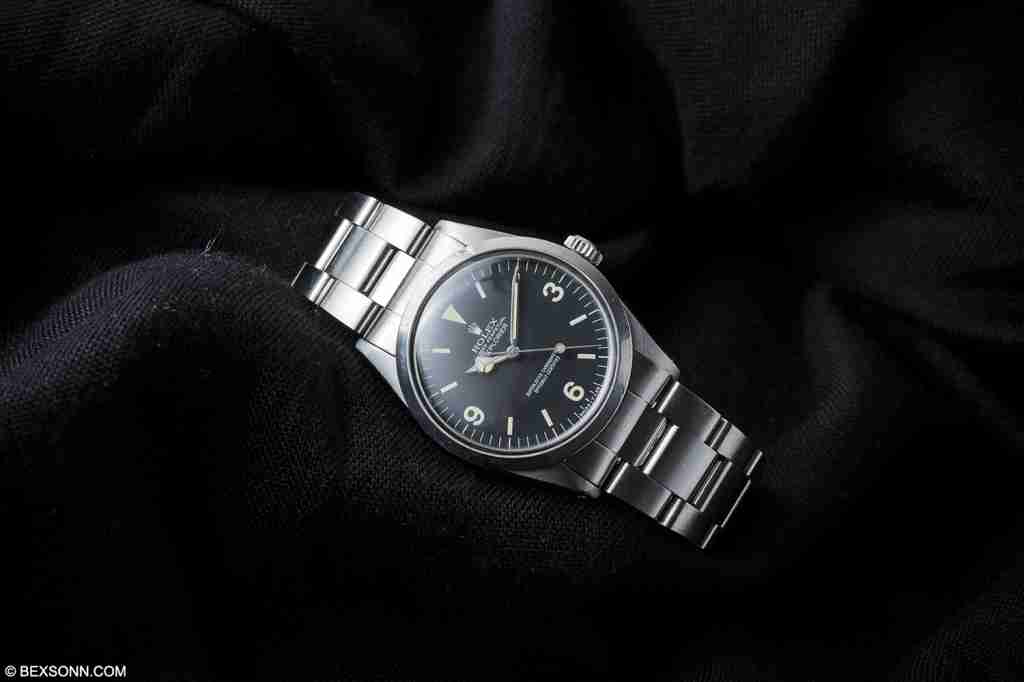 The Watches of Knightsbridge auction will take place on the 20th September 2014, make sure you visit the official website for this month’s full catalogue.