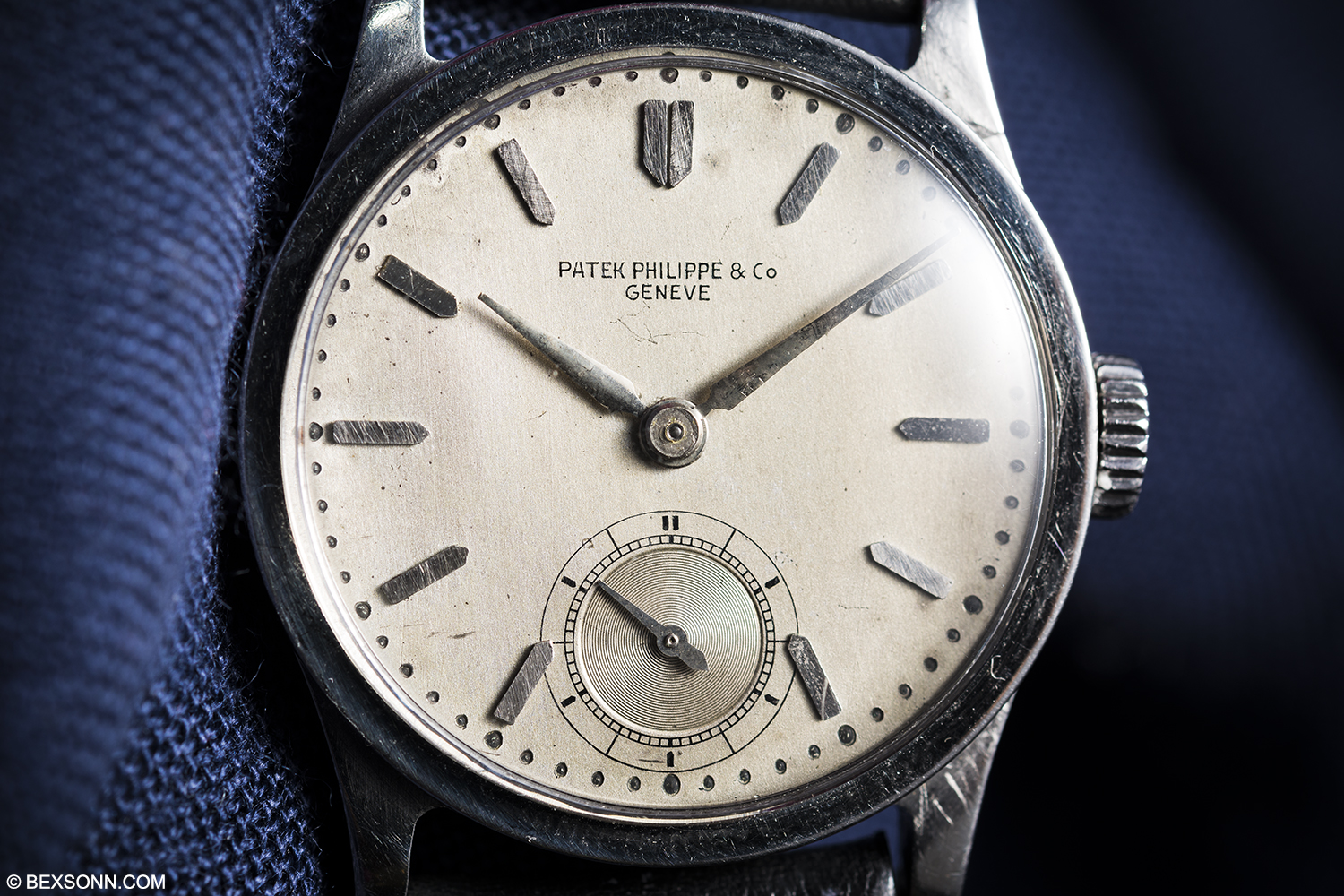 Watches of Knightsbridge July Auction: Last week we spent some time over at 64 Knightsbridge to get hands-on with some of the timepieces in the upcoming July auction on the 12th. There were quite a few we picked out that I’m sure would be a good addition to your collection.  We have highlighted some of the more interesting pieces below consisting of; an insanely cool 1971 Heuer Monaco Ref. 1133(B), a dinky 1930’s Patek Philippe Calatrava Ref. 96, a rare Rolex ‘Red Writing’ Submainer Date Ref. 1680 and seriously cool Tudor ‘Snow Flake’ Submariner Date Ref. 7021/0. 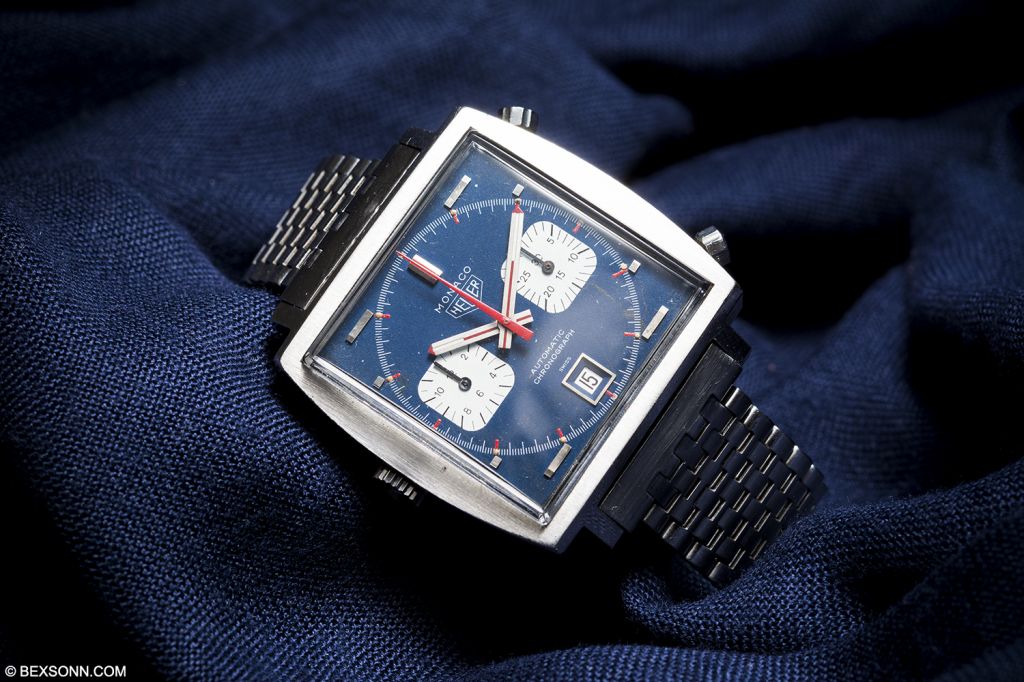 Lot 148: The Heuer Monaco, considered one of the coolest watches to grace the planet but this could just be because the king of cool once worn this timepiece – ‘Steve McQueen’. The Monaco was worn by Steve McQueen in the film ‘Le Mans’, though what is interesting is that the Monaco was never actually made to be a racing watch – in fact it was actually the Siffert that was made for racing however, Heuer enthusiasts will be pleased about this happy accident. 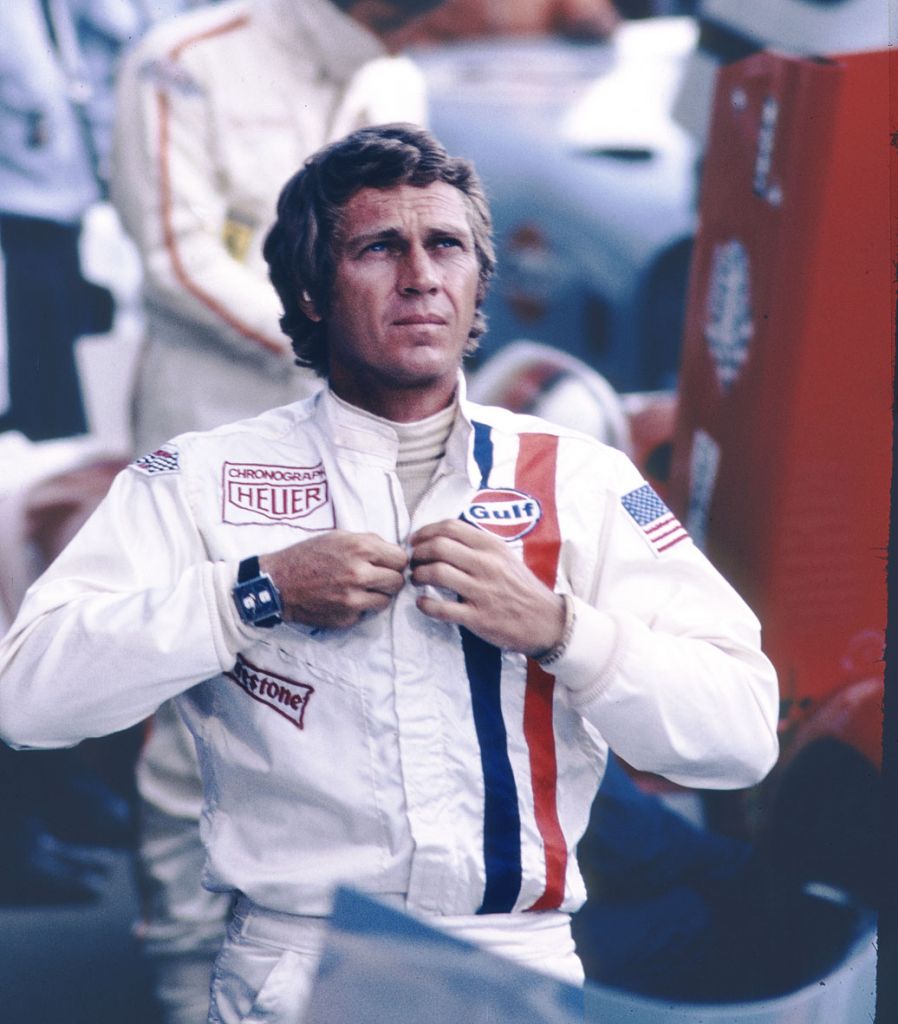 This 1971 Heuer Monaco Ref. 1133(B) features a deep blue dial with horizontal markers and a circular inner minute track with luminous markers. Two white sub dial registers recording hours and minutes, as well as a date aperture at 6 o’clock and a bright red centre seconds chronograph hand. Inside this Monaco is the calibre 12 17 jeweled movement (which in fact is more accurate than the famous caliber 11 movement), signed Heuer-Leonidas S.A. This Heuer Monaco is up for auction at an estimated price of £5,000 – £7,000. 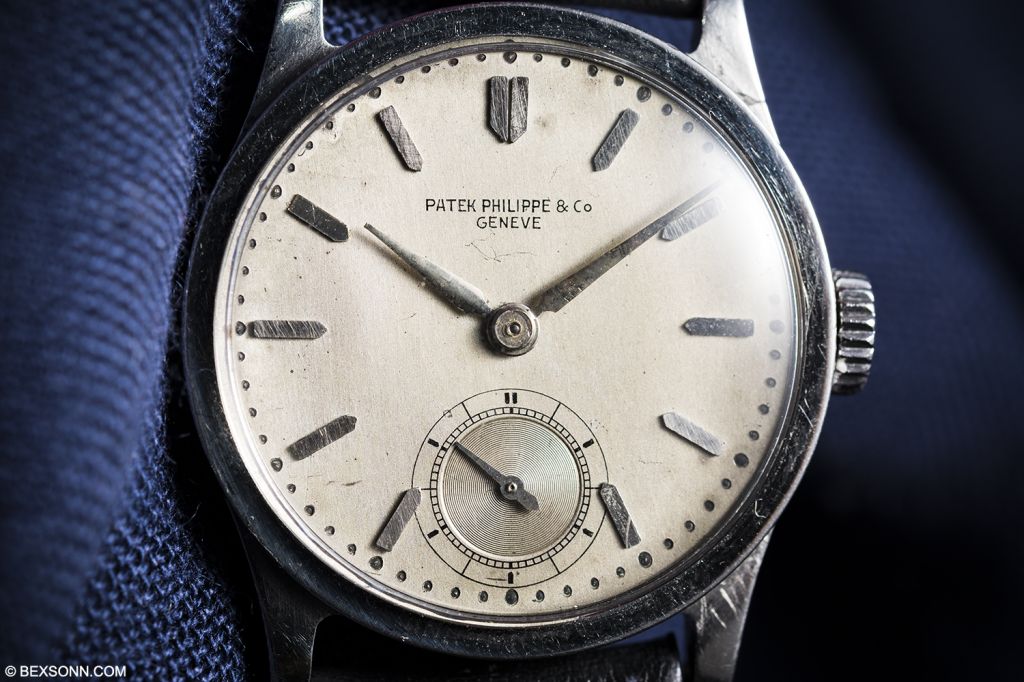 Lot 324: Next up is this rather dinky classic 1930’s Patek Philippe Calatrava Ref. 96 which is just stunning. Although it measures just a mere 31mm (which back in the 1930’s wasn’t uncommon) it sure does have tonnes of character and is steeped in pedigree. Patek have one of the best brand slogans in the world – ‘You never actually own a Patek Philippe. You merely look after it for the next generation’. And this ref. 96 has been pretty well looked after. Obviously being approx. 80 years old it does bear signs of wear but this is the mother of all Calatrava’s. 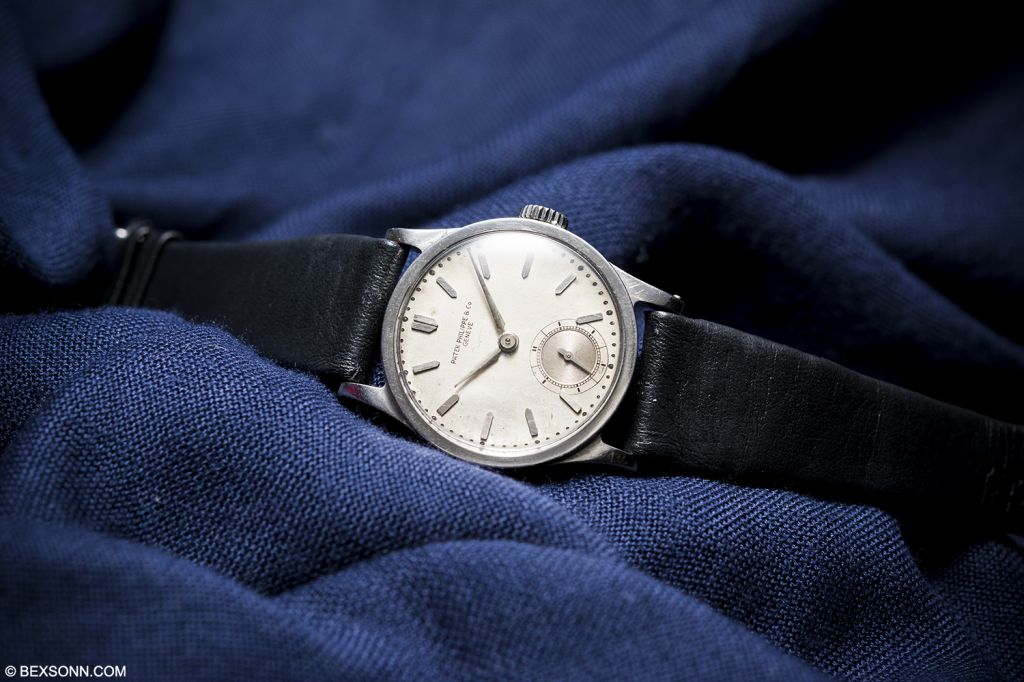 This 1930’s stainless steel Patek Philippe Calatrava Ref. 96 features a silver dial, with silver batons, outer makers and a subsidiary seconds dial at 6 o’clock with an outer minute’s division. Inside is a manually wound [cal 12-120] movement. The inside back of the case is correctly signed ‘Patek Philippe & Co’, ‘Swiss’, ‘FB’ [for Francis Baumgartner, one of the famous casemakers of the era, who helped to pioneer Borgel cases], ‘616152 16’ and ‘Staybrite rustless steel’. This 1930’s Patek Philippe Calatrava Ref. 96 is up for auction at an estimated price of £4,000 – £6,000. 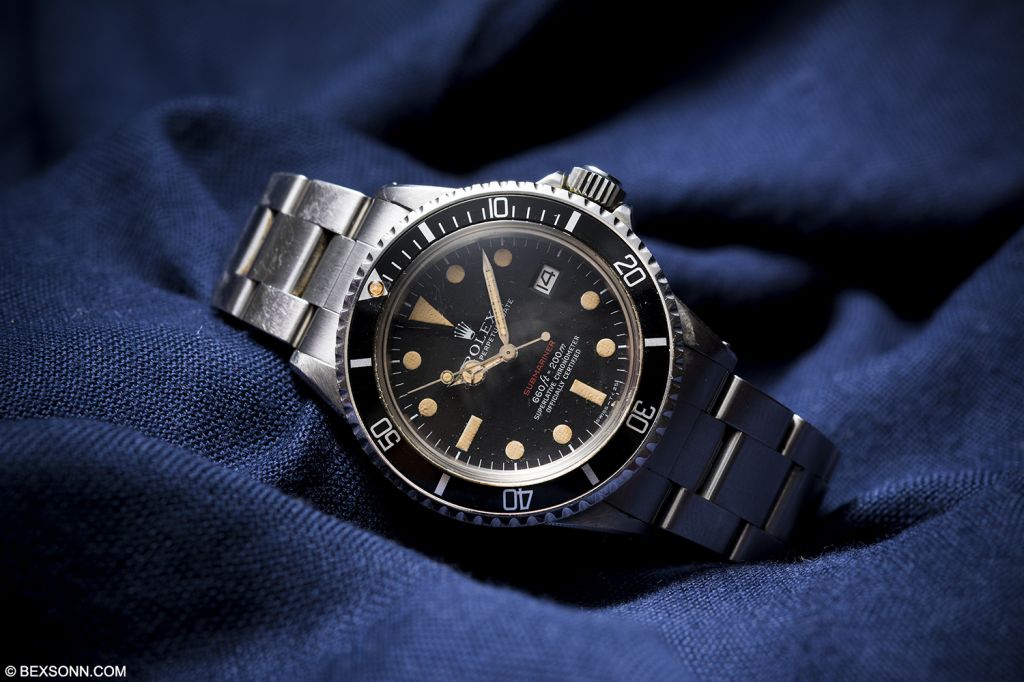 Lot 344: If you are into your Rolex then you’ll know what kind of price tags are attached to  double red Submariners or Sea-Dwellers and it is these rarer pieces that collectors and aficionados like to have in their collections – they are after all grail Rolex timepiece. You see, the 1680 was the first Submariner which had a date aperture but while most were produced with Submariner written in white, there were a very small number of them that bore a single line of red writing instead. It is unclear as to why Rolex did this but maybe they did just because they could?

This 1971 Rolex ‘Red Writing’ Submariner Date Ref 1680 features a matte black dial with applied luminous markers, date aperture at 3 o’clock and matching Mercedes hands. Inside is the 26 jewelled automatic movement calibre 1570, oyster case, rotating bezel and a Rolex triplock crown. The only thing that has been changed is the plexi crystal, which is without date bubble – although some may actually prefer this look. This Rolex Submariner Date is up for auction at an estimated price of £6,000 – £8,000. 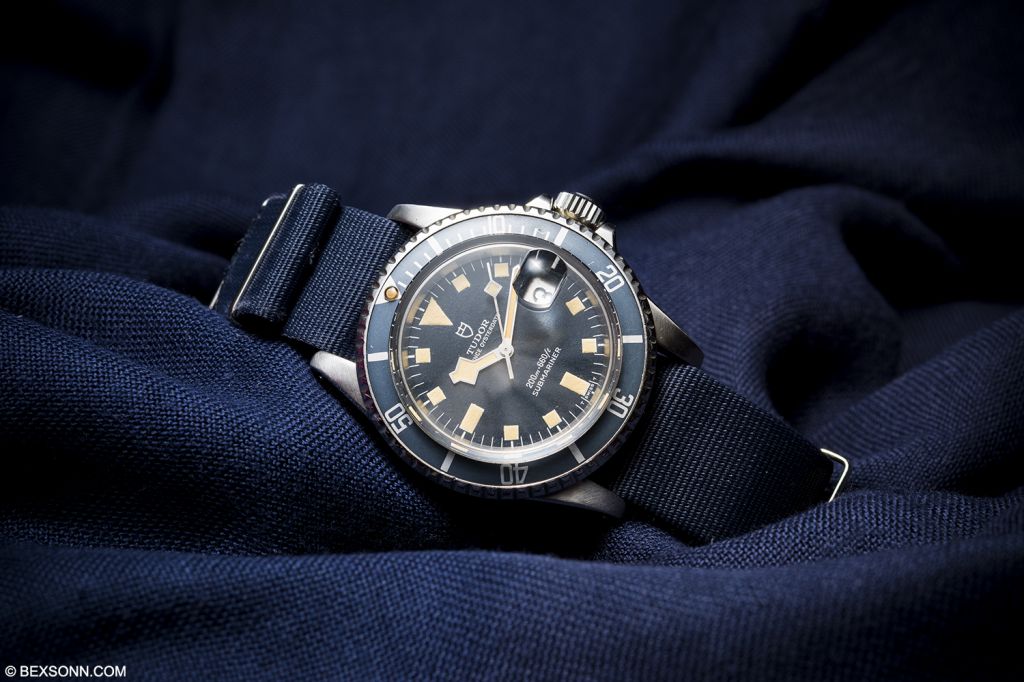 Lot 432: Last time round we featured this beautiful 1977 Tudor Prince Submariner Ref. 9401/0. We just can’t help but include this 1970’s Tudor Oysterdate Prince Submariner and while we are great admirers of the non-date version, having the date wheel with red numerals is just down right cool. The ref. 7021/0 just like the 9401/0 we featured last time also came with an option of black or blue dial as well as the bezel too. 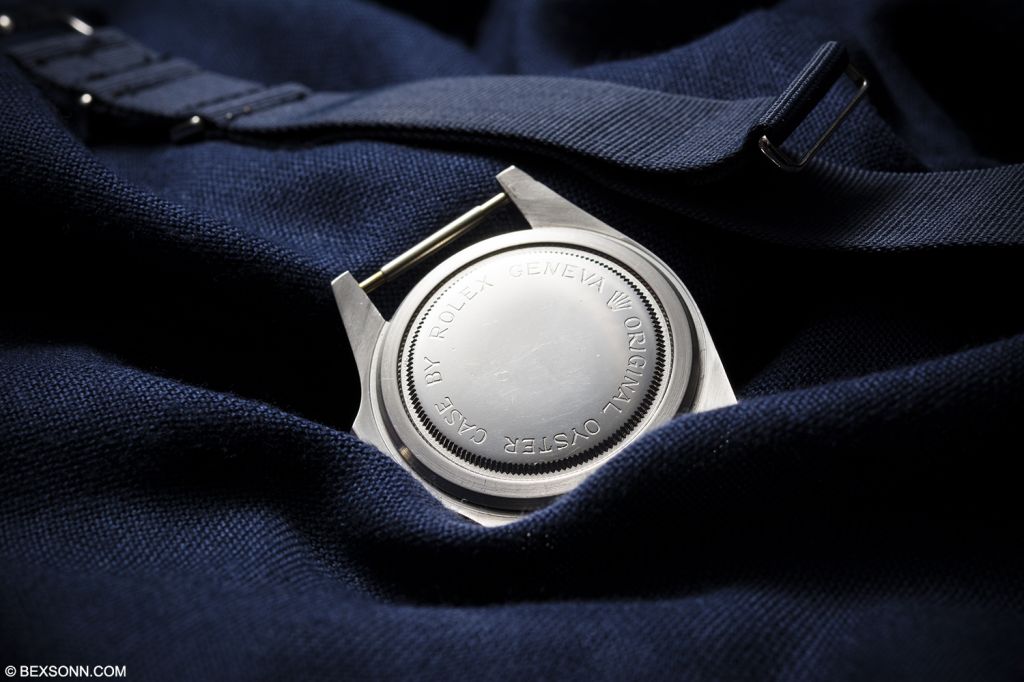 This vintage Tudor Submariner features a matte blue dial with applied square luminous markers and ‘roulette’ date aperture, with its original “Snow Flake” luminous hands. Beating away inside is an automatic winding 25 jewelled ETA 2484 based calibre movement modified by Tudor. The Rolex Oyster case features a rotating bezel with original blue insert and Rolex locking crown. The case measure approximately 39mm in diameter and comes on a rather fetching blue NATO strap. This Tudor Submariner is currently up for auction at an estimated price of £2,000 – £2,500.

The Watches of Knightsbridge auction will take place on the 12th July 2014, so be sure to visit the official website for this month’s full catalogue.