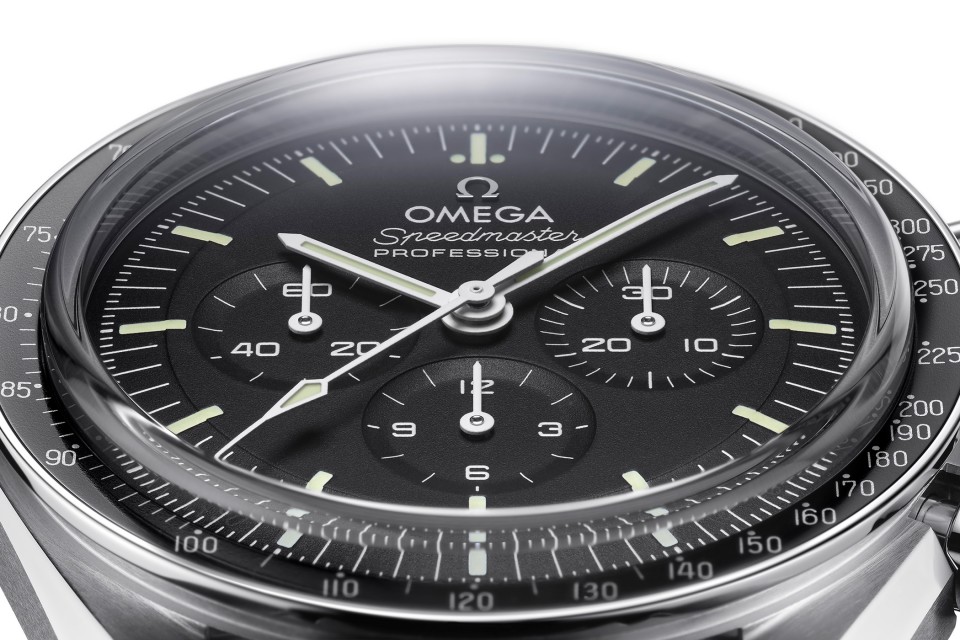 It is a new year and there is a new Speedmaster Professional Moonwatch. It appears that at this time of the year Omega like to indulge us, just a bit. Last year saw the return of the “Ed White” which housed the all new 321 calibre. This year, while not as extravagant as last year’s new “Speedy” release, it is still somewhat worth mentioning. For 2021, Omega have taken the bold decision to update the Speedmaster Professional Moonwatch collection with its next generation of models. As you most likely know, we love Speedmasters here and this new model provides an opportunity to see the much-loved Speedmaster Moonwatch evolve and surpass what came before it. Some of which includes unique touches in design and a powerful Co-Axial Master Chronometer certified anti-magnetic chronograph movement. 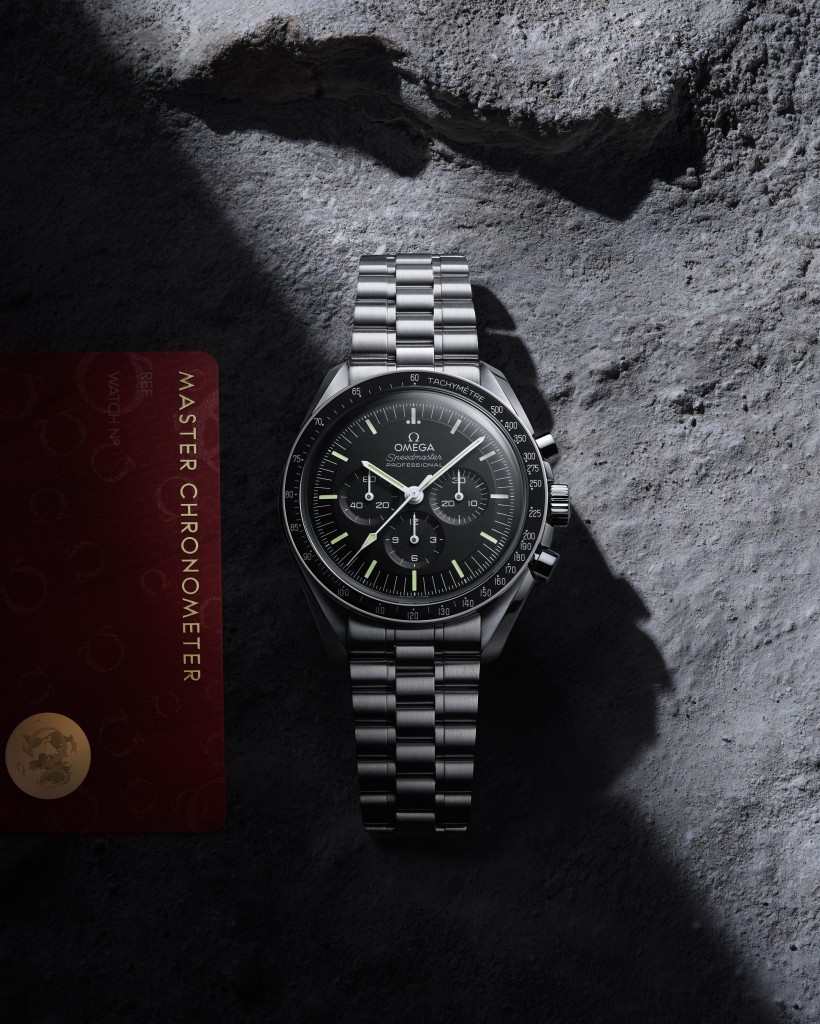 I remember when Omega first announced the introduction of their new Master Chronometer certification and what it meant moving forward. I remember thinking at the time how long it would be before we see this new certification used on the Moonwatch, and I guess we now know. The Globemaster was the first watch from Omega to feature a movement that had been certified by the Swiss Federal Institute of Metrology also known as the METAS, in December of 2014. Omega held a press conference together with the Swiss Federal Institute of Metrology to announce this new watch certification process that become active in 2015. 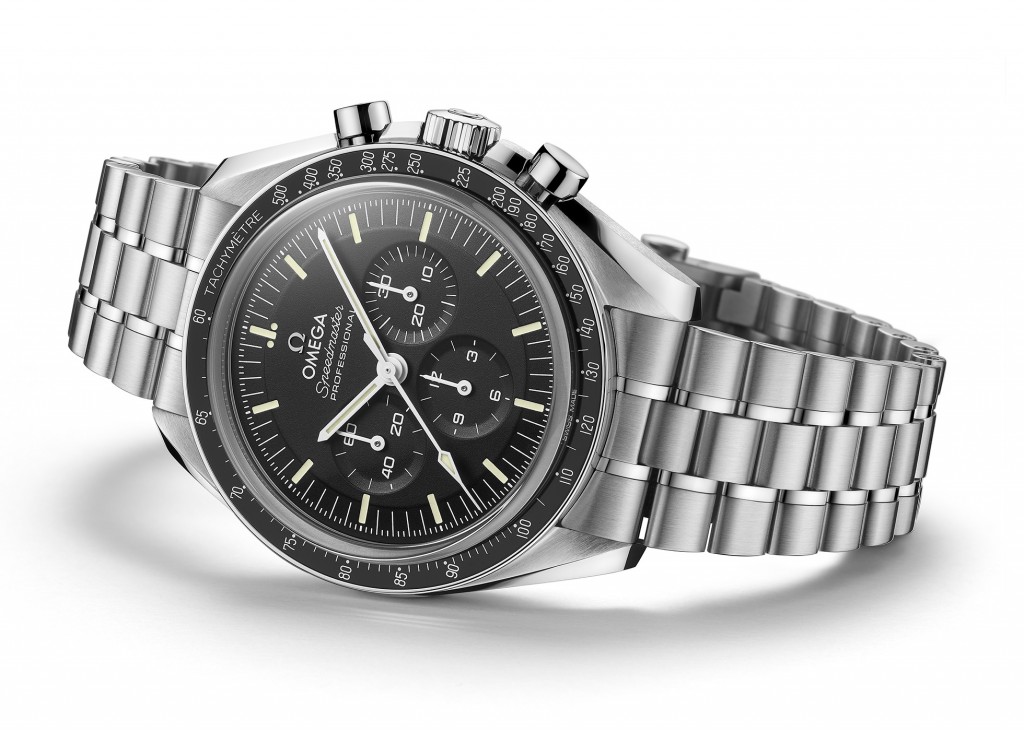 For this latest chapter in the Moonwatches history, Omega have drawn design cues taken from the 4th generation reference 105.012, first seen in 1964. As you may know, this is the reference that was strapped around Buzz Aldrin’s spacesuit as he leapt onto the Moon was an Omega Speedmaster Professional – creating history for mankind and of course Omega. The very reason it is known as the Moonwatch till this day. 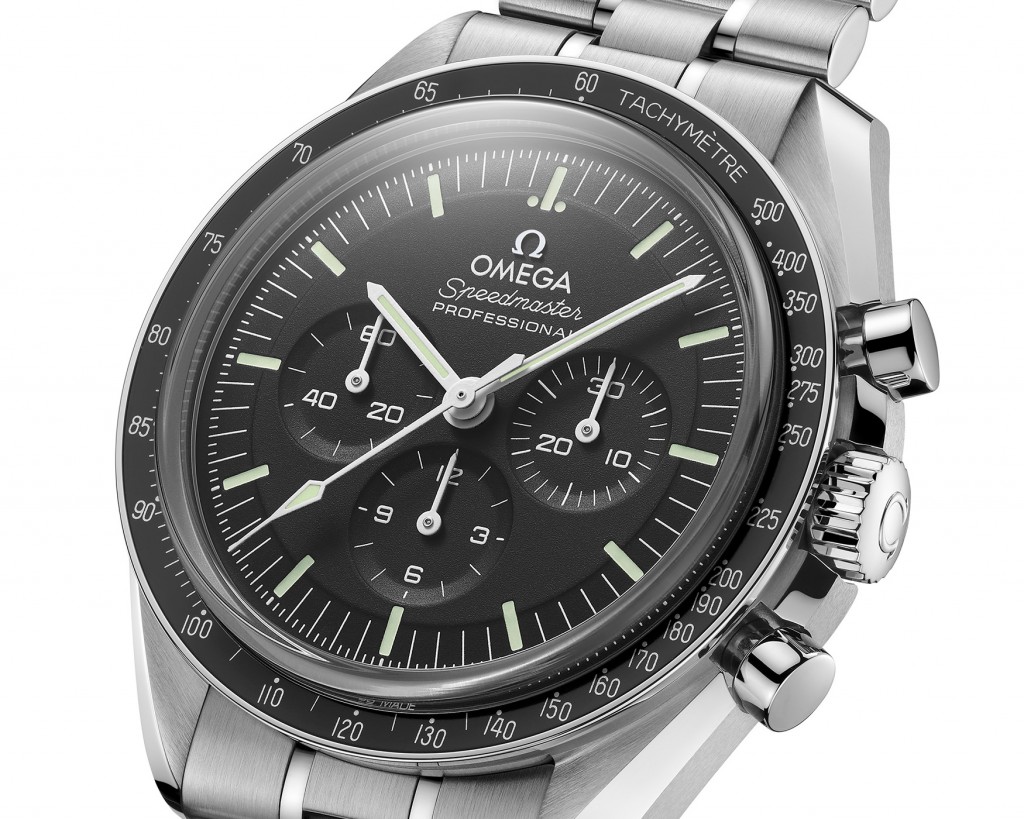 This new iteration of the “Moonwatch” features a 42mm case in stainless steel, influenced by the same 4th generation style that Buzz Aldrin wore, sporting an aluminium bezel. Omega played close attention to detail, so the cases size and design mirrors that of the original “Moonwatch”. The past few years have seen Omega make a return to the stepped dial and this new Moonwatch also features this new trait. Gracing the black step dial are the familiar Moonwatch hands, small seconds sub-dial, 30-minute recorder and 12-hour recorder, and central chronograph hand. Though, Speedy enthusiasts will have noticed that Omega have included another little detail that harks back to the original Moonwatch – the use of a teardrop counterweight on the central chronograph hand. 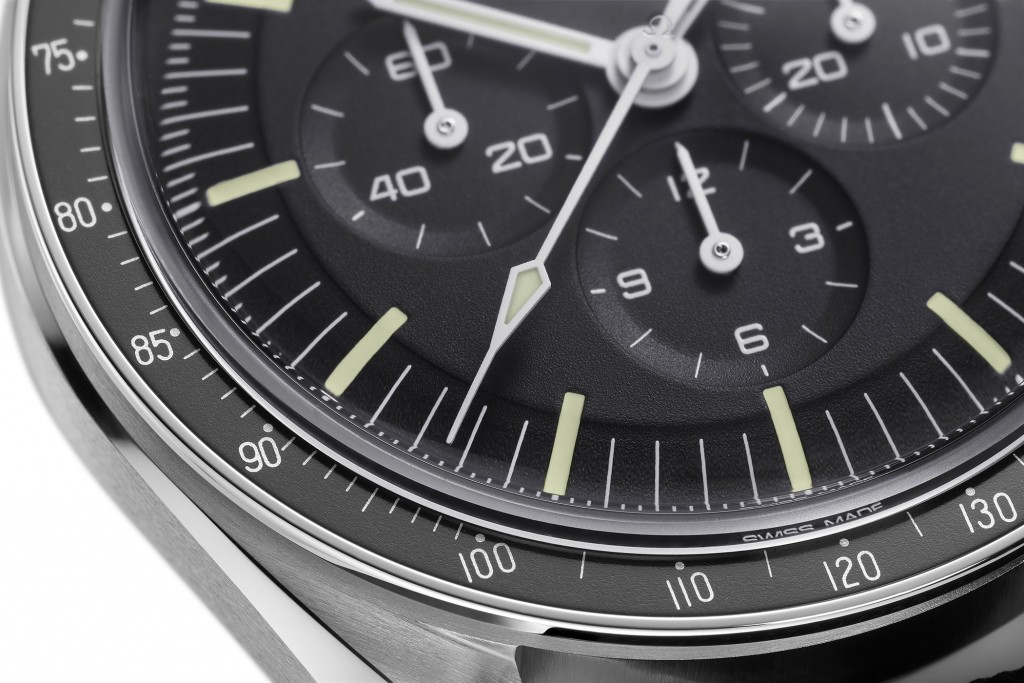 True to form, Omega have made sure to include a little detail that will not go unnoticed by collectors and aficionados alike: the iconic “Dot Over Ninety” or otherwise known as a DON bezel and a dot diagonal to 70 on the anodised aluminium bezel ring. This is of course a nod to Speedmasters from the past, but Omega didn’t stop there, they’ve also included the original old-style Moonwatch wider and stubbier chronograph pushers – another trait seen on the reference 105.012. 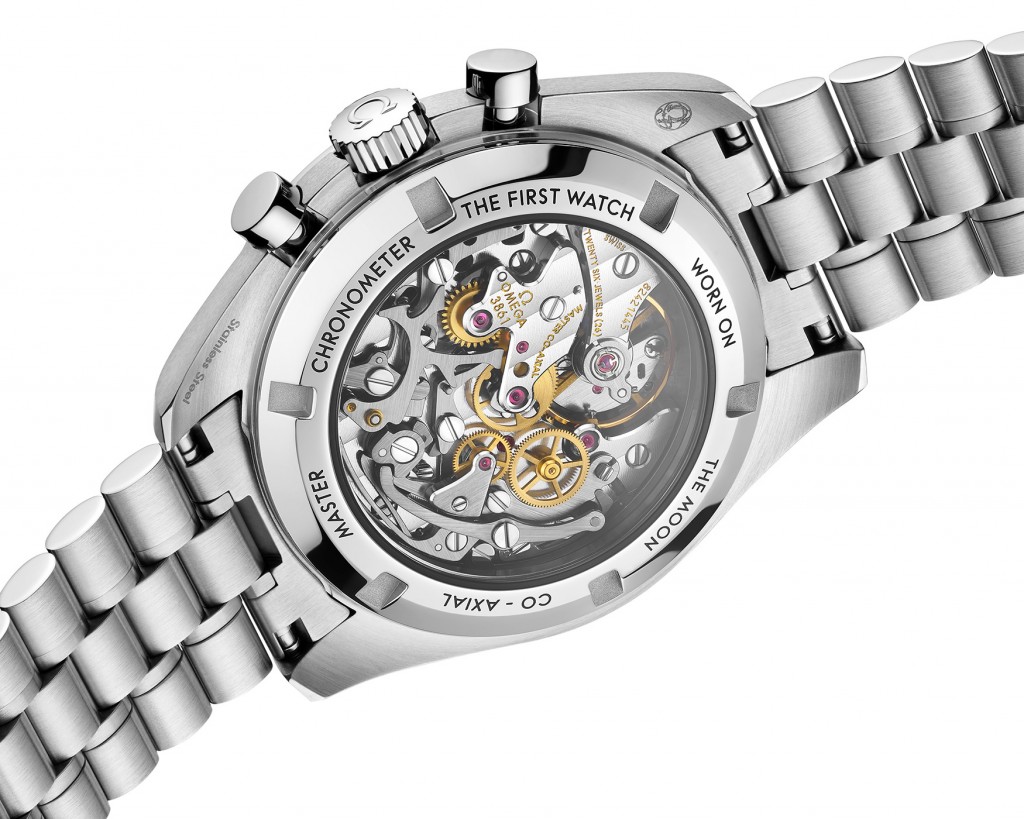 The movement housed in this new iteration of Speedmaster is perhaps the most significant update, which sees the arrival of the Co-Axial Master Chronometer Calibre 3861. The new movement ensures that the Moonwatch will now be unaffected by even the most extreme magnetic fields reaching 15,000 gauss. In addition, it ensures that the entire watch is certified as a Master Chronometer – the highest standard of precision, performance and magnetic- resistance in the Swiss watch industry.

To fix the new Speedmaster to the wrist, Omega have made yet another welcomed change. An integrated, fully-brushed bracelet offers a five–arched-links-per-row design. Similar to Moonwatch styles of the past, it includes a new clasp with a polished Omega logo on a satin-finished cover. Looking closely, you’ll notice the new bracelet has taken design cues from the gold Speedmaster ref. BA145.022 – which in my humble opinion is a masterstroke from Omega.

Perhaps the biggest decision you’ll have to make is exactly which one to buy, as Omega haven’t just released one new Speedmaster but four – variety is the spice of life. Of course, you have the classic Moonwatch (ref. 310.30.42.50.01.001) that comes in steel, with hesalite glass, steel bracelet and steel case back. You’ve also got the option of a black nylon stitched strap (ref. 310.32.42.50.01.001) on this version too. Then you’ve got pretty much the same configuration as already mentioned but with a sapphire-crystal sandwich (ref. 310.30.42.50.01.002), allowing a glimpse of the movement. However, there is one minor detail that may make a difference to some; it is has an applied Ω logo instead of an embossed one. For this version you’ve also got the option of a black leather strap (ref. 310.32.42.50.01.002) as well.

The third and fourth variations are fashioned out of 18-carat gold. One is made from Sedna™ Gold, which is Omega’s own version of rose-gold (ref. 310.60.42.50.01.001). This piece like the steel pieces mentioned above features a black dial with rose-gold accents, with a sapphire crystal sandwich. The other gold variation is made of Canopus Gold™, which is Omega’s own version of white-gold (310.60.42.50.02.001). Unlike the steel and rose-gold variations, this white-gold example sports a rather stark silver sunburst stepped dial, not too dissimilar from those seen on the limited edition white-gold ref. 148.0062. With both gold pieces you have the option of a black leather strap.