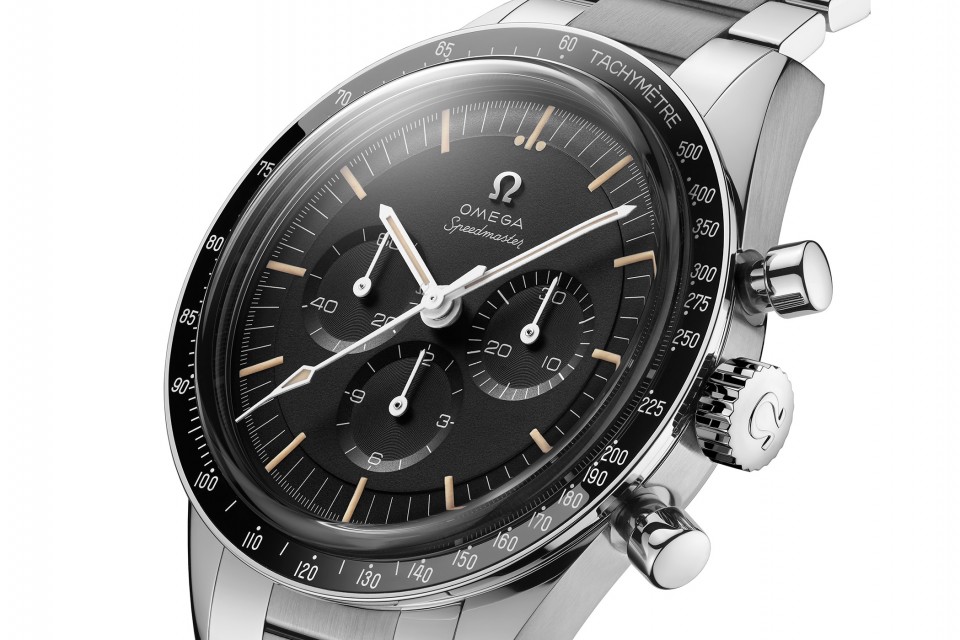 It doesn’t happen often but every now and then a watch manufacturer absolutely knocks it out of the park with a new watch and it would appear, my dear readers, this is exactly what Omega have done. Remember last year, when we posted an article on the re-introduction of the revered 321 calibre that Omega will commence making again? We also posted an article on the watch to see this new movement was a precious metal Anniversary Speedmaster? Well, yesterday at precisely noon GMT Omega induced a re-edition of the Speedmaster “Ed White” and yes, it will be made in stainless steel.

As mentioned, in January 2019 we posted an article about the resurrection of the old Omega calibre 321, which was a derivative of the calibre 27 CHRO 12 calibre developed in 1942. We also noted that all aspects of calibre 321 will be undertaken within a dedicated Calibre 321 workshop. For each movement, the assembly, as well as the watch head and bracelet assembly will be performed by the same watchmaker. That said, Omega hadn’t yet hinted at which pieces will utilise this new calibre 321 movement. That was until an announcement on the 50th anniversary of the lunar landing, Omega revealed the all platinum Speedmaster that will house this legendary movement. The Ed White is now the second to profit from this marvellous calibre.

The reference 105.003 was produced between 1964 and 1969, and it was the watch that superseded all other brands by passing NASA’s rigorous qualification tests in 1965 that resulted in the Omega Speedmaster becoming the official watch used on space missions. The Ed White also marked the last of the straight lug Speedmasters. Astronaut Edward White became the first American to walk in space in 1965 and upon his wrist was an Omega Speedmaster ref. ST 105.003. This latest offering from Omega takes inspiration from said famous model.

True to form, Omega have made sure to include a little detail that will not go unnoticed by collectors and aficionados alike: the iconic “Dot Over Ninety” or otherwise known as a DON bezel. This is of course a nod to Speedmasters from the past but Omega didn’t stop there, they’ve also included the original old-style Ω logo throughout the design. Unlike the original, turning the Speedmaster Moonwatch 321 over affords a glimpse of the beautiful calibre 321 movement via the exhibition caseback.

This new Speedmaster from Omega is perhaps one of the pieces I’ve been waiting to see for quite some time, partly because it’s one of my favourite references and partly because I own an original example. This is perhaps the truest re-edition even down to the movement and I while I think it looks great and I’m pleased the “Ed White” is finally getting a light shone on it by Omega, the only thing that really concerns me is the price. That said, I think I shall reserve full judgement until we’ve managed to get our hands on one.