The New Omega Speedmaster Grey Side of the Moon “Meteorite” 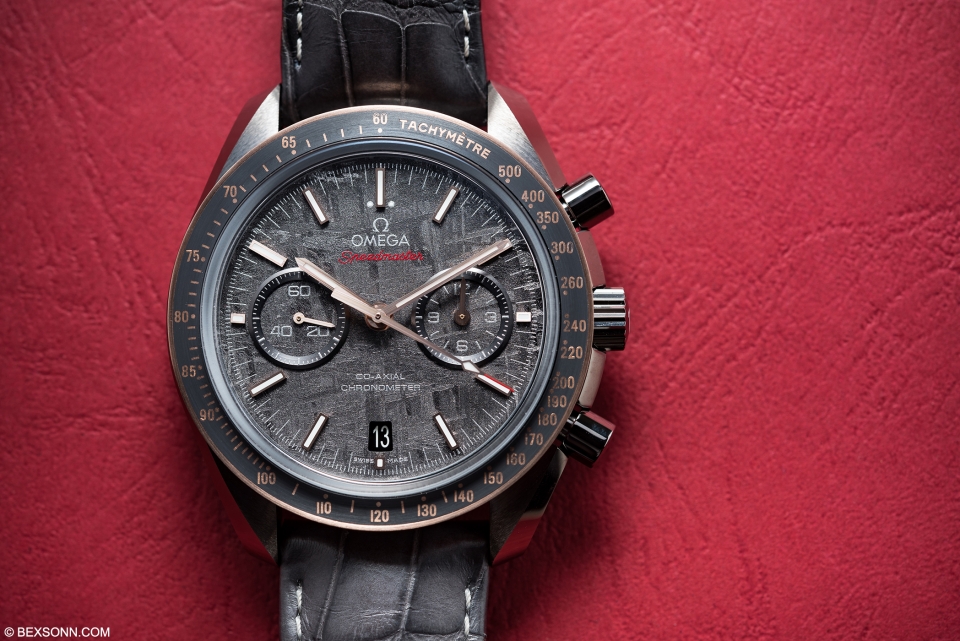 Over the past few years Omega have introduced quite a few different variations of their ceramic Speedmaster timepieces. Since 2013, Omega have introduced at least one ceramic timepiece each year and this Baselworld was no different. While Omega may have over indulged last year, with 4 new pieces, I think it is safe to say this year’s introduction was somewhat muted. 2013 saw the first ceramic Speedmaster, dubbed the “Dark Side of the Moon”. 2014 saw the “Grey Side of the Moon” originally named the Lunar Dust, which we looked at here and 2015 saw the “White Side of the Moon”, which we admittedly still haven’t gotten our hands on – so we shall reserve judgement until we possibly do. This year sees the previously called Lunar Dust (now known as the Grey Side of the Moon), get an update that truly makes it standout. 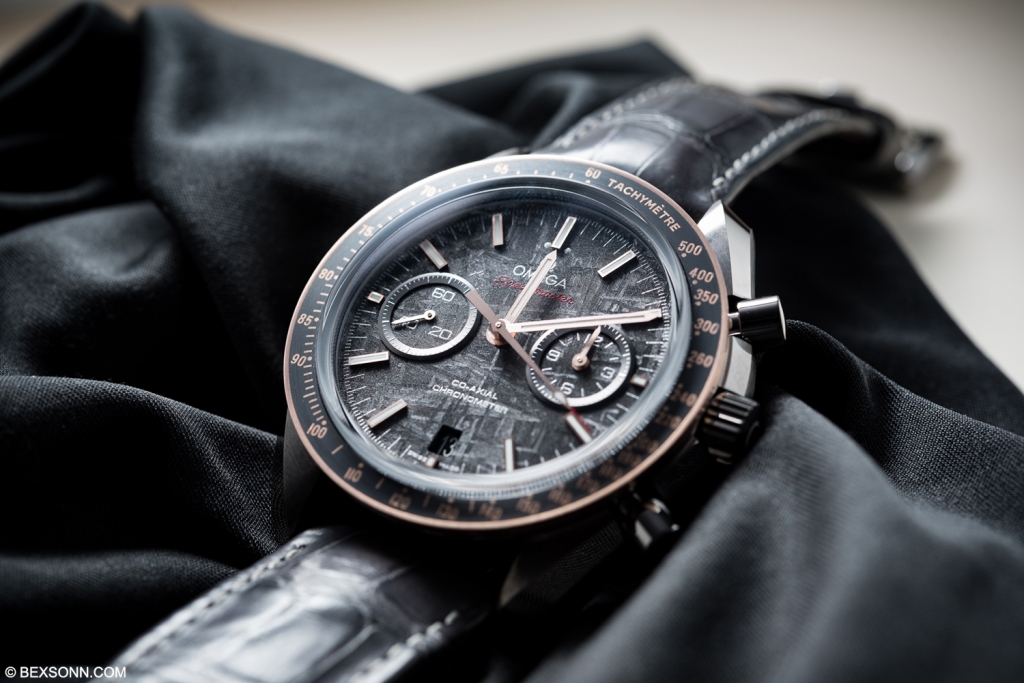 The new Speedmaster Grey Side of the Moon appears to be something Omega didn’t  make too much fuss about during Baselworld 2016 and if I remember correctly, don’t even recall seeing it while skirting the outside of the Omega booth. In fact, things were much the same with the Lunar Dust released in 2014, which was nicknamed from then as the GSotM.

Like its predecessors, the Grey side of the Moon is practically the same in every shape and form. It uses the same movement and 44.25mm case dimensions – which may sound rather large but in all honesty fits really well on the wrist and doesn’t really have a sense of heftiness to it, this is mainly due to the materials used and curvature of the lugs. It uses the same tried and tested Co-Axial calibre 9300. 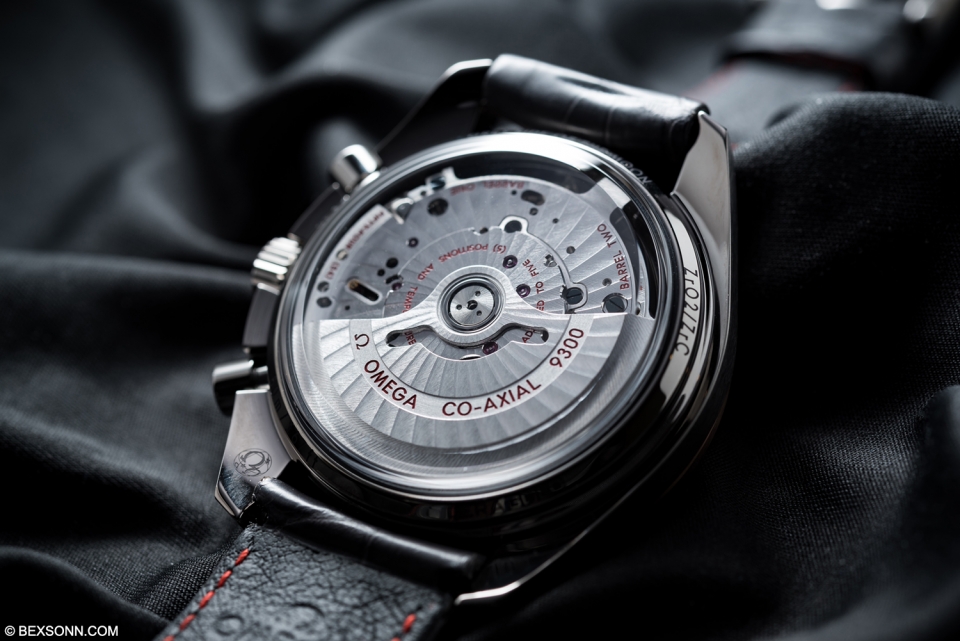 As mentioned before, one thing that has always intrigued me about this timepiece is the way in which the case is made. Both the Dark Side of the Moon and the Grey Side of the Moon start out life as one solid block of white ceramic but then go through a plasma technology treatment, which gives the case its colour (in this case a dark grey). The plasma treatment isn’t just superficial but in fact penetrates the ceramic, so even if you were to slice it in half that same (grey) colour is present.

Obviously the most eye-catching detail of this new GSotM is its Meteorite dial and the combination of Omega’s 18K Sedna gold. This is the first time that Omega have created a Tachometer scale using their own Ceragold technique, which is a special way of decorating ceramic with 18K Sedna gold that is also used to create the brushed indices and the hands. The main feature of this Speedmaster is the incredible meteorite dial, which creates the perfect backdrop. This is not the first time Omega have used meteorite in a Speedmaster dial, it was in fact first used on the 35th Anniversary Apollo-Soyuz Speedy. This GSotM makes use of Gibeon meteorite that fell in prehistoric times in Namibia that features a classic Widmanstätten pattern, defined by the ribbon-like flecks that are found in this kind of meteorite. This Speedmaster Grey Side of the Moon, like is predecessor, is presented on a grey leather strap with a fold over depolyant clasp.

This latest addition to the ever-growing, ceramic Speedmaster, range will undoubtedly not be the last but as for right now, the GSotM meteorite is easily one of my personal favourites.

The new Speedmaster Grey Side of the Moon Meteorite will retail for £9,875. For more information on the new GSotM Meteorite visit the official Omega website. 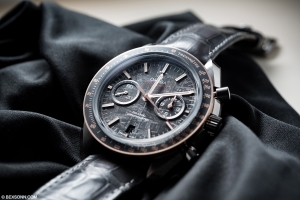 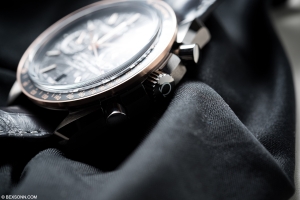 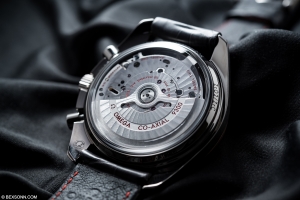 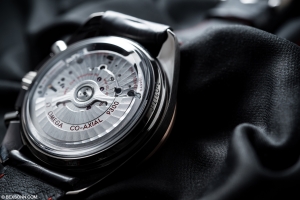 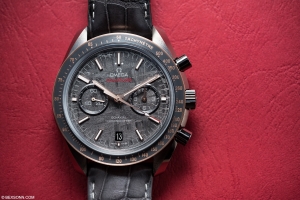