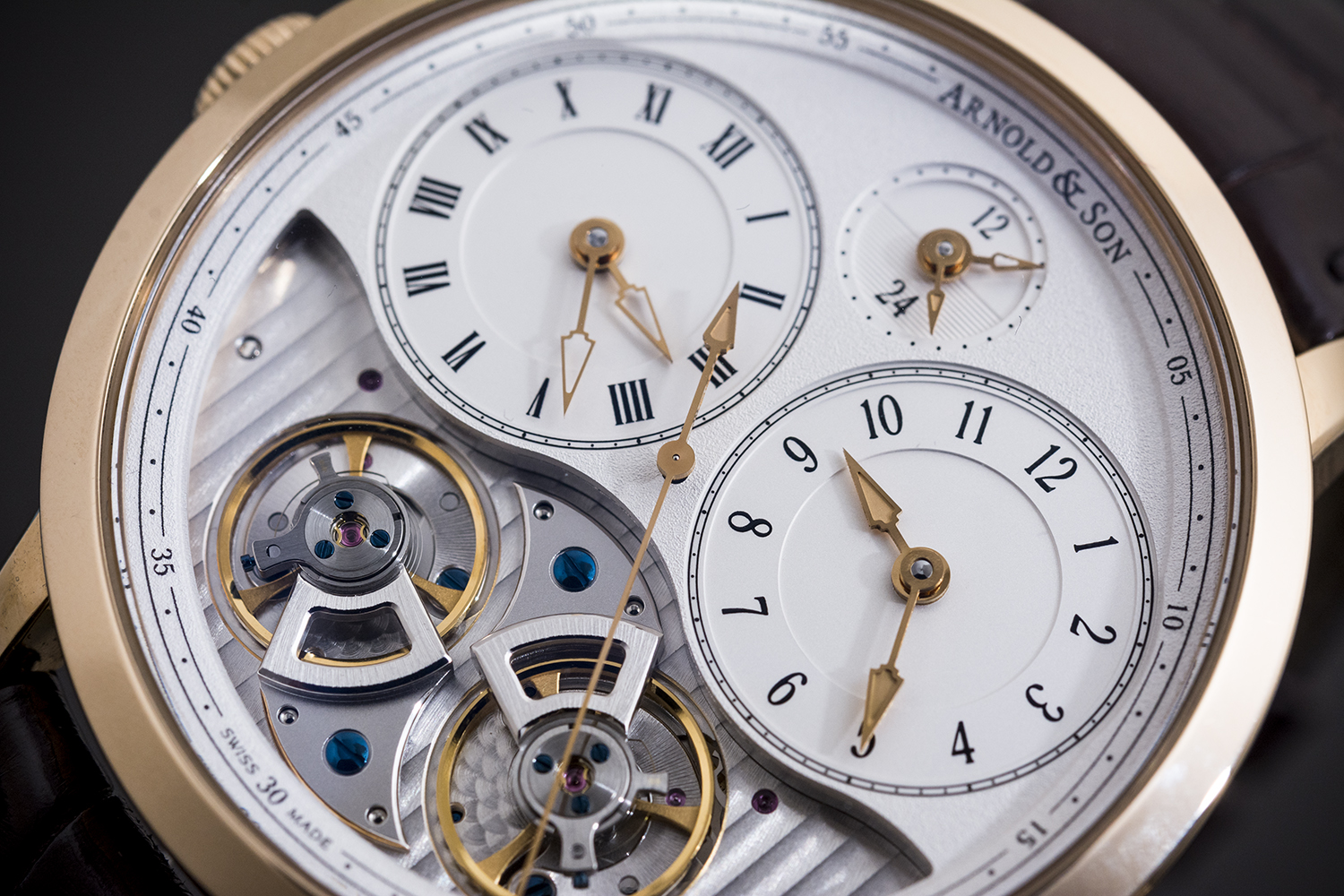 Arnold and Son DBG:  Last year we were fortunate enough to get our hands on the Arnold & Son HM Perpetual Moon, Ultra-Thin Tourbillon Escapement (UTTE) and the awesome Time Pyramid. However, there was one from the Arnold & Son collection we really wanted to get our hands-on – the DBG. The DBG “Double Balance GMT” is another timepiece from the “Instrument Collection”, which demonstrates the company’s traditional watchmaking and technical abilities. It will be interesting to see what Arnold & Son have in the offering at this year’s BaselWorld – we wait in anticipation. 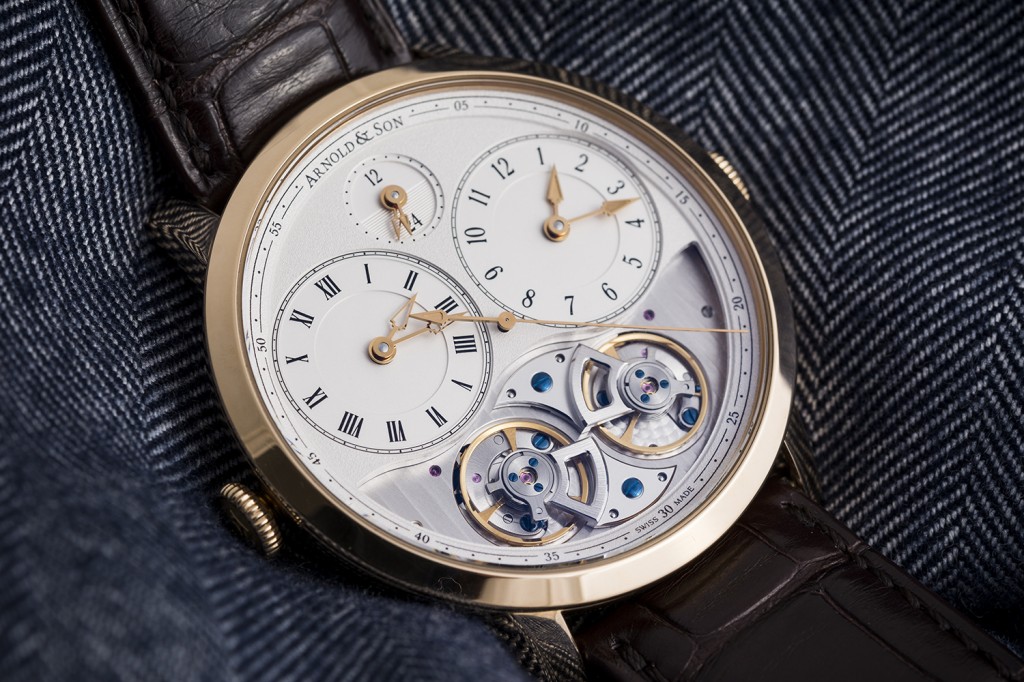 The Dial: Probably one of the most appealing features of this timepiece is the dial and the reason behind this is the balance, it has perfect symmetry.  Although there is actually quite a bit going on, it remains legible and this is simply because of the uncluttered layout of the dial. At 12 o’clock there is a small subdial which displays the timezone on a 24-hour basis; this enables you to see if it is day or night in the second timezone you’re monitoring – which could prove useful for the serial jet setter.  Below the 24-hour subdial are the independently set timezones.  These subdials are made easily distinguishable by using Roman and Arabic numerals. What you may also be able to see is how the hands of the two timezone dials correspond with those of the 24-hour subdial: the arrow styled hands on the left are hollow, where as the ones on the right are solid. Below the timezone dials are the balance wheels; usually something that you’d expect to see on the reverse of a timepiece but this adds a beautiful touch to the dial and I’m sure also lends to the case being thinner. 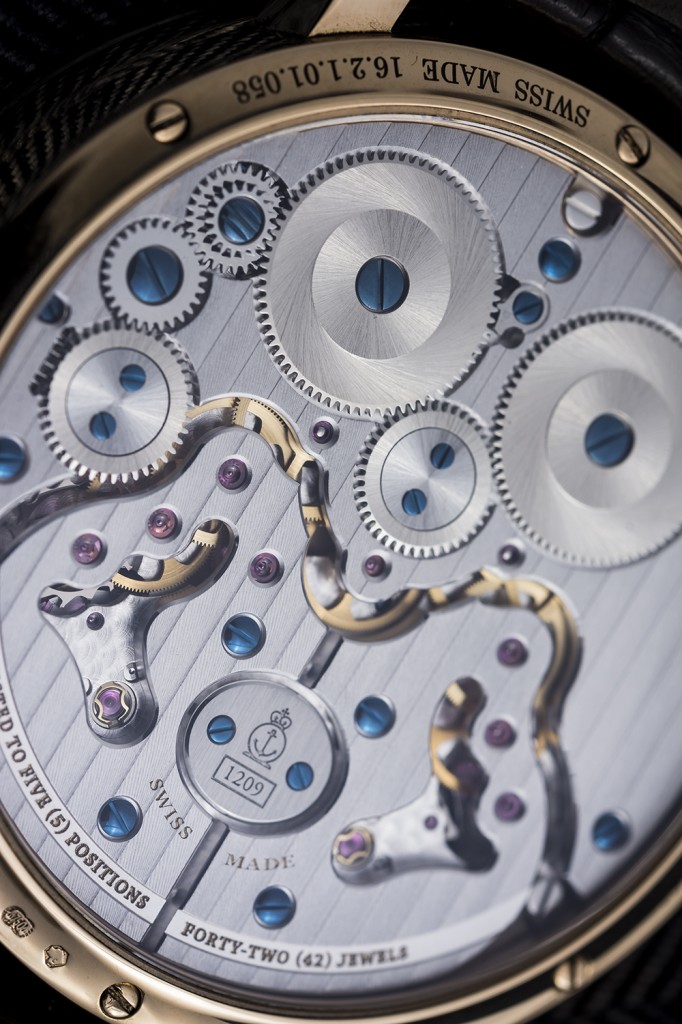 The Movement: The DBG features two separate time displays but what is more interesting is that each display is driven by its own gear and train with its own escapement and balance. This unusual technical layout means the two time displays can be set independently of each other. This enables the watch to house different complications without having one influencing the accuracy of the other by draining its energy. The A&S1209 calibre is a hand-wound movement featuring 42 jewels, which is only 35mm in diameter and 3.9mm thick and boasts a power reserve of 40hrs. Through the case back you’ll be able to see the individual barrels, escapements and the beautiful Côtes de Genève finishing. 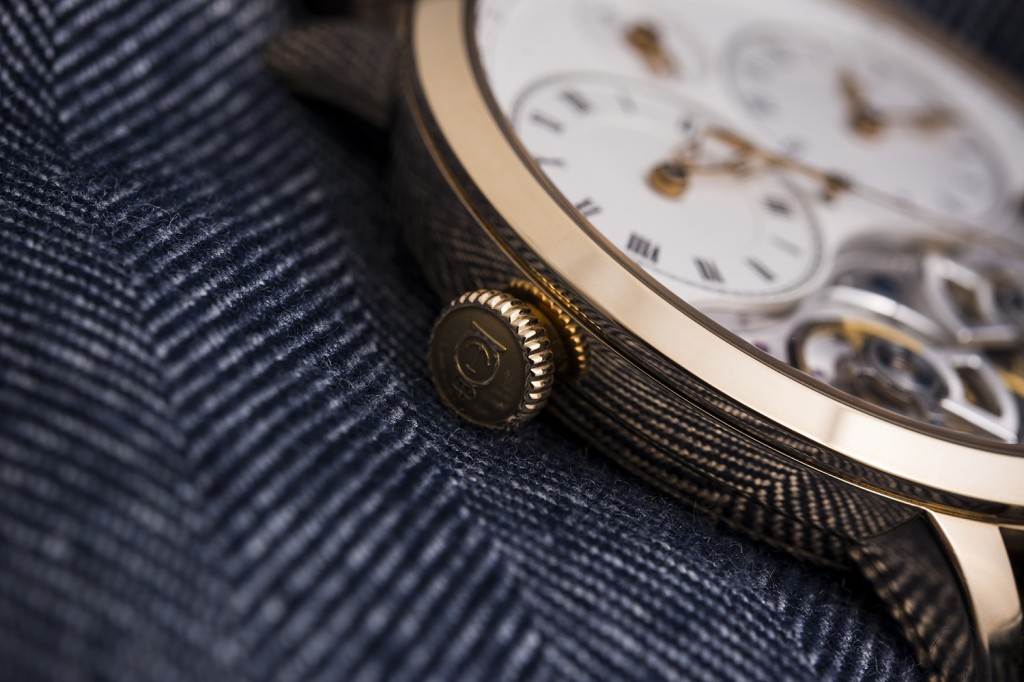 The Case: The case measures a very wearable 44mm in diameter, which features cambered anti-reflective sapphire crystal on both sides that is water-resistant to 30 metres. There is also an exhibition case back, so you can admire the hand finished movement. The DBG is available in Stainless Steel or Red Gold, and both versions of the DBG come on either black or brown hand-stitched alligator. At 3 and 9 o’clock there are oversized fluted crowns, which gives it a classical pocket watch feel. 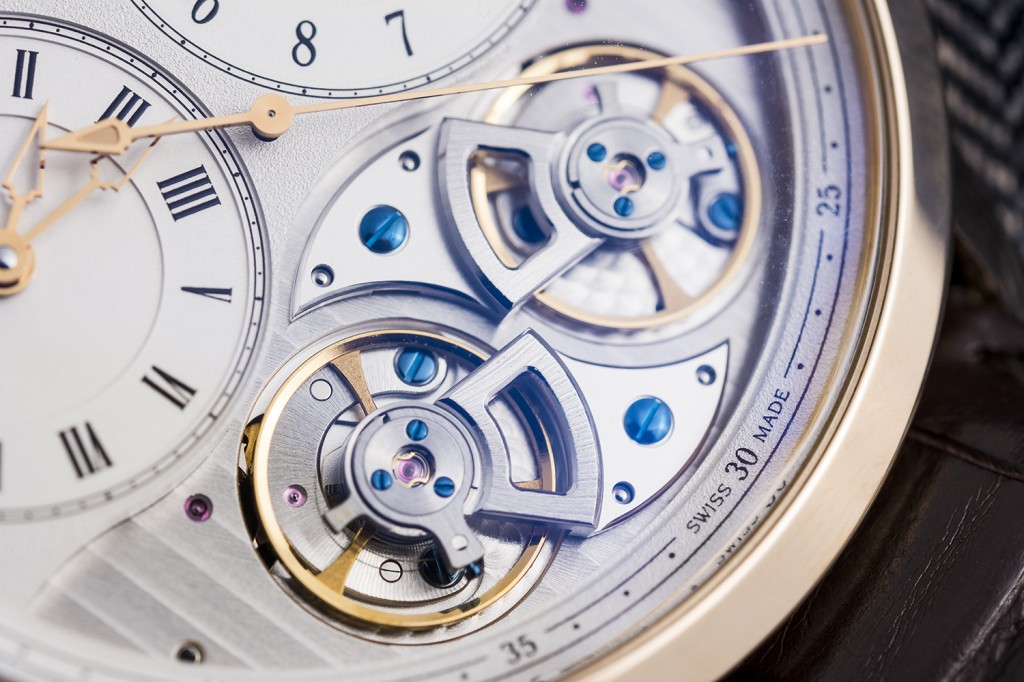 Conclusion: The Arnold & Son DBG is a stunning timepiece; with its beautifully laid out dial that features dual time displays and a very useful 24-hour indicator. As mentioned before the dial does have a bit going on but it is very legible and you’d be surprised how quickly you’ll get used to it. The exposed balance wheels against the Côtes de Genève finishing backdrop, adds a nice touch. The ease of use of the dual time displays which use independent barrels, escapements and balance wheels does have its merits. 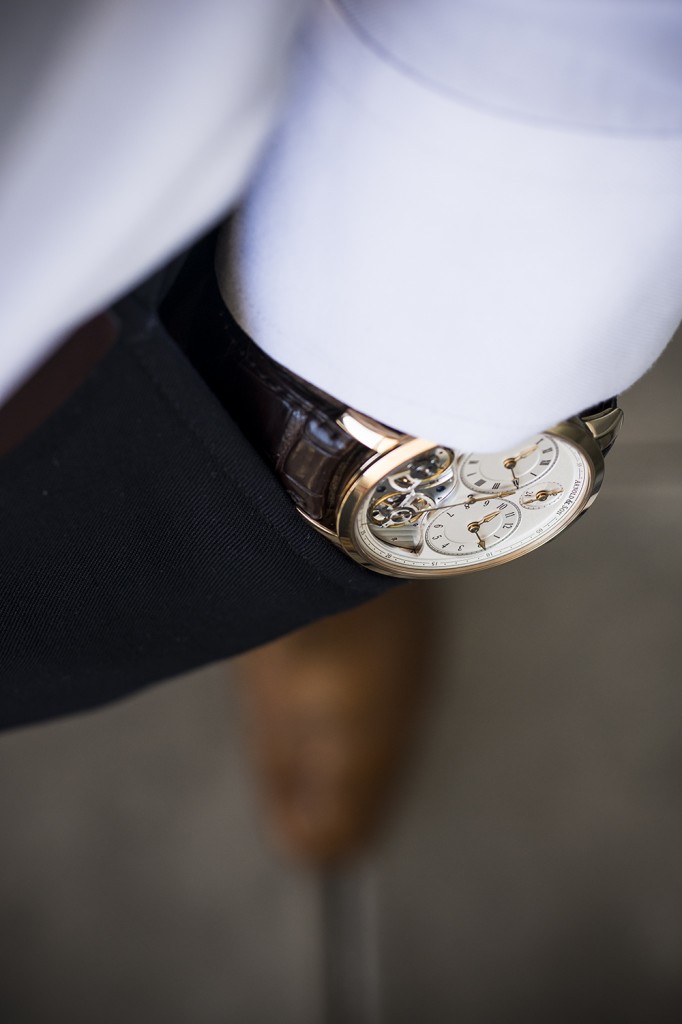 However, what I didn’t expect from this timepiece is just how small it feels on the wrist considering it is 44mm in diameter. The DBG does have a very similar design as the Jaeger-LeCoultre Duometre collection, which offers more in the way of variation but the design of the DBG is very distinct. Plus, most of the Duometre’s don’t use both dials to indicate timezones. Would it be nice to see the subdials used for more than just a Sidereal or GMT? – Probably. However, Arnold and Son’s focus here is tradition, which has been nicely executed. 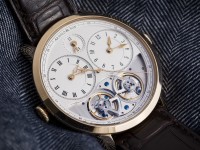 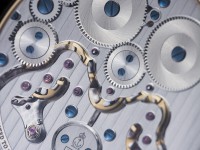 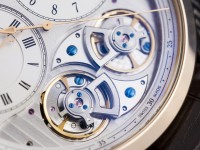 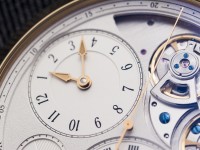 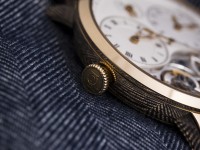 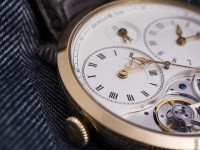 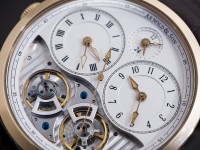 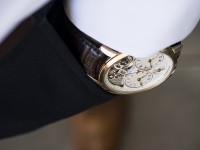