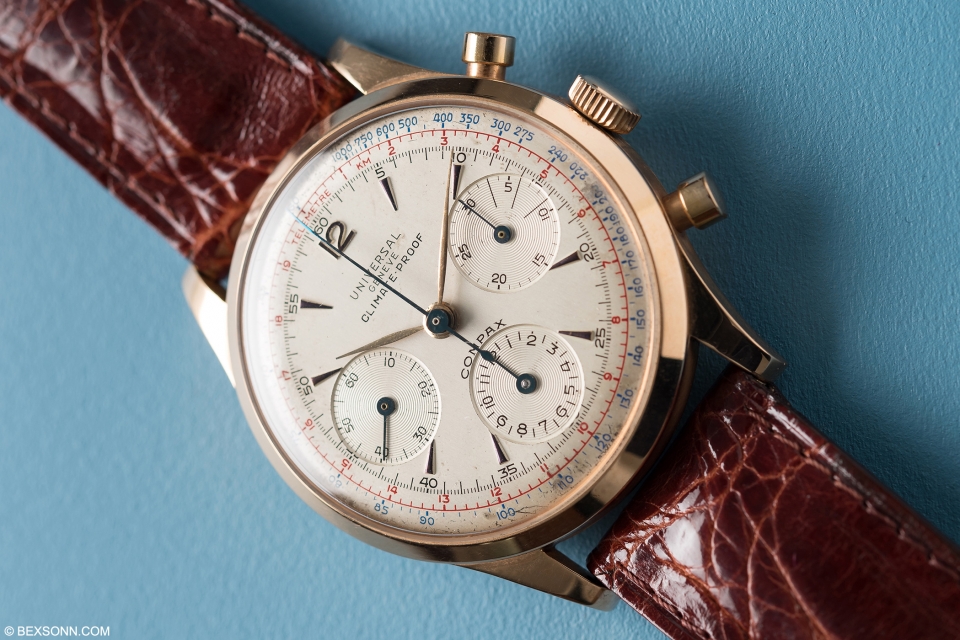 I would like to just quickly highlight an assumingly interesting lot at this weekend’s Watches of Knightsbridge auction. While Christopher has already highlighted some of his favourites, I thought I’d do a quick write-up on lot 366: an unusual Universal Genève Compax. 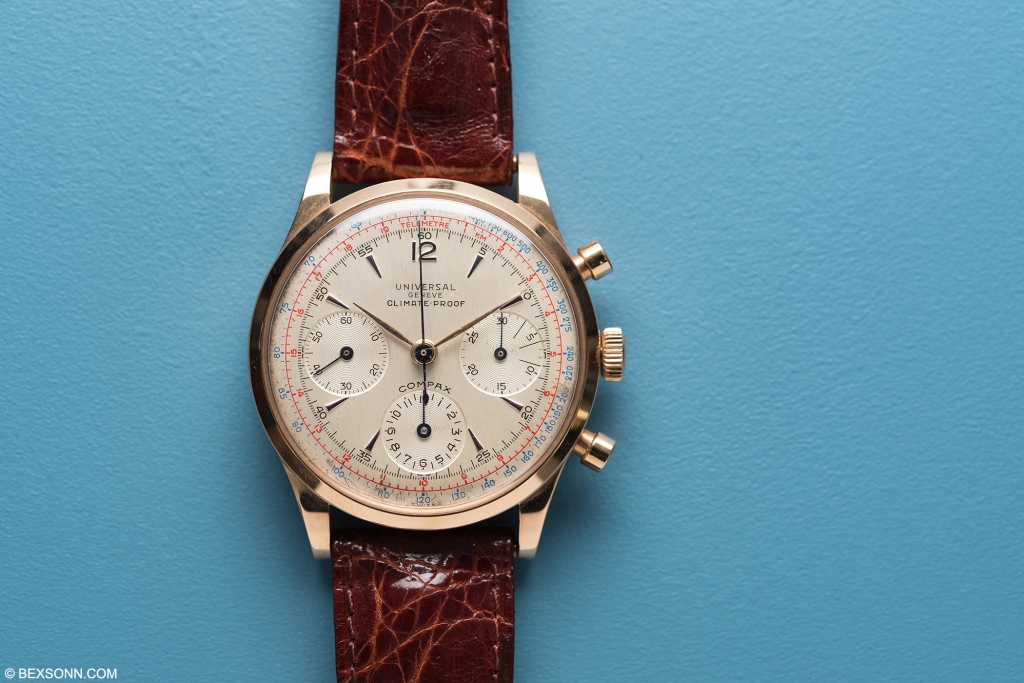 Firstly, it’s unusual already due to its oversized 38mm case constructed of pink gold, made in a time where most watches were around the 34 – 36mm mark and in yellow gold. Oversized Universal Genève’s in their own right commands a premium in the market, but what is interesting about this piece is the extra little text on the dial: ‘Climate-proof’. 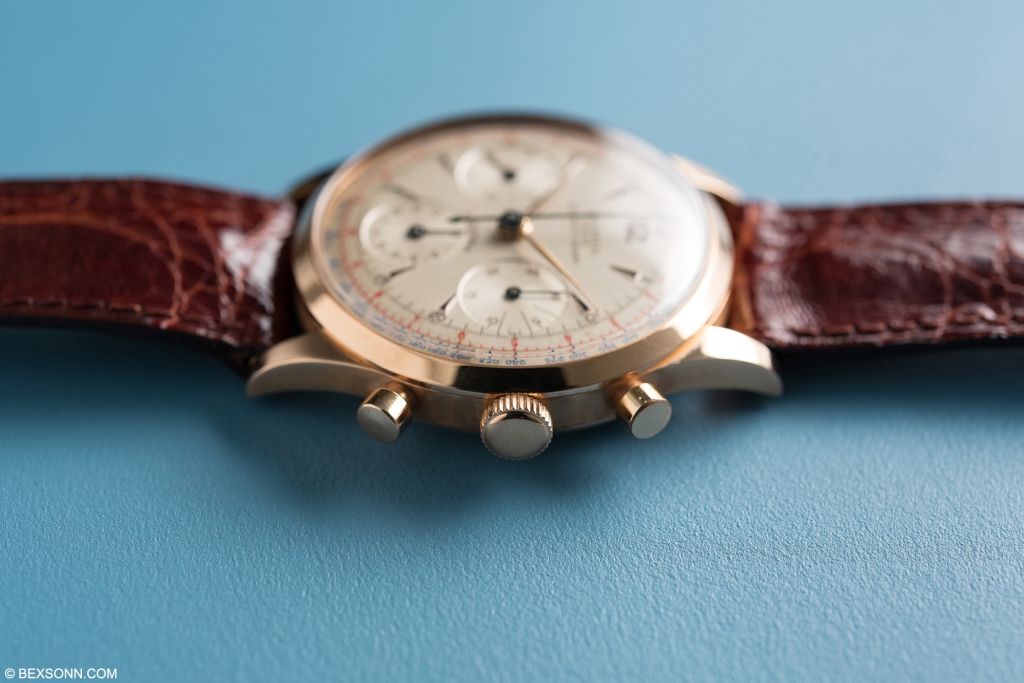 Gold dress watches of that era usually had snap back cases. This Compax is no different and you would not usually associate the idea of a watch being ‘climate proof’ with a snap back. By then, watch manufacturers had already developed screw back cases where the dial and movement were sealed in much better. 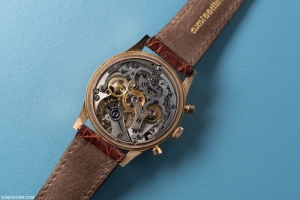 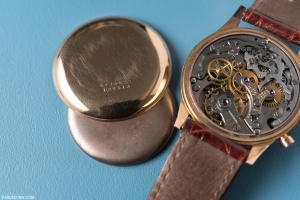 That being said, in an effort to better protect their gold dress watches, without having to shift to a clunkier screw back case, Universal Genève developed this unusual method of having two case backs, as you can see in the images. This is certainly a very unique way of protecting the internals of the watch and what’s nice about this example is that the inner and outer caseback has matching serial numbers, something I’ve not seen before. 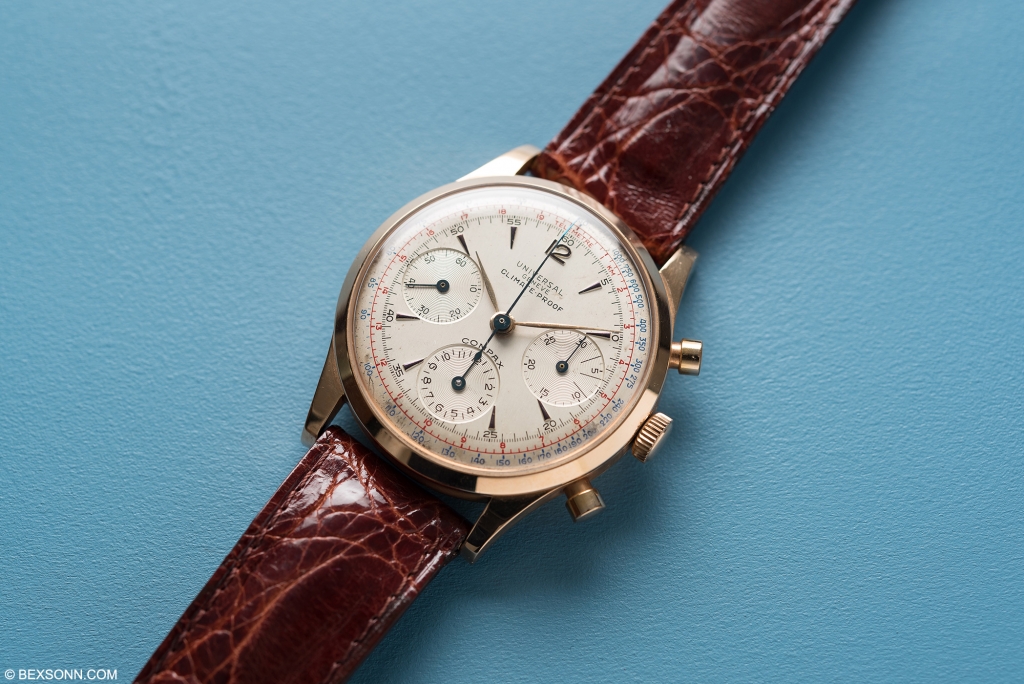 With a nice multi-coloured dial aged to an almost eggshell tone, the watch in its own right is attractive, without the unusual novelty. Inside the watch is UG’s famous in-house Cal.285, seen in many of their chronographs.

Seeing as this was not widely used, I do suppose it never caught on but judging by the condition of the dial and the movement of this example, I would say that the ‘climate-proof’ double case backs really did its job. This beautiful Climate Proof UG is up for sale at estimated £3,500 – £4,500 but one wouldn’t be surprised if it performed a little better than the estimate. 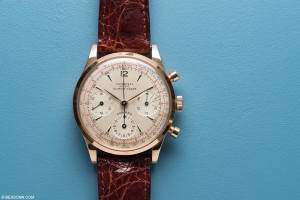 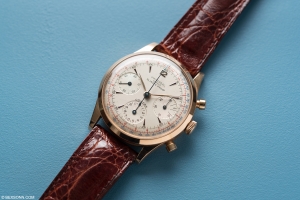 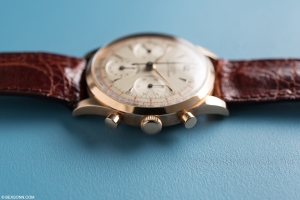 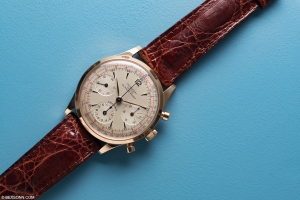 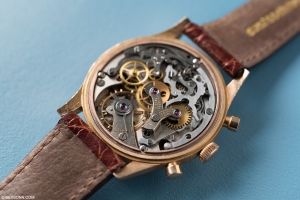 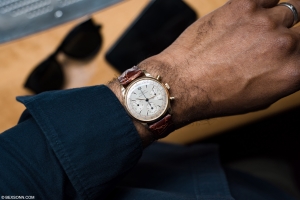