Three Noteworthy Lots From the Watches of Knightsbridge July Auction 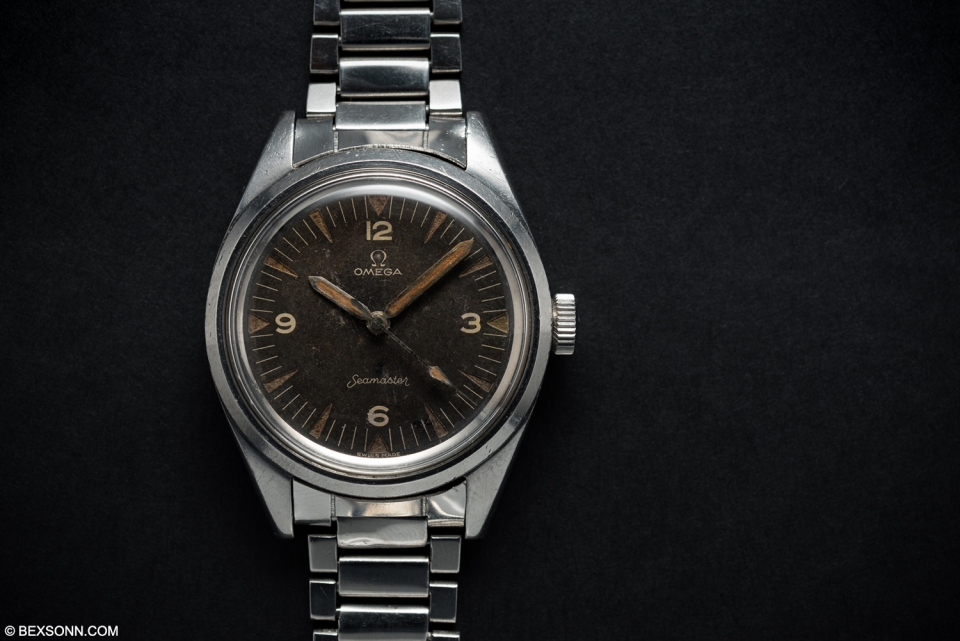 While the Watches of Knightsbridge auction has already been covered here this week, I thought I’d highlight a few lots of my own that perhaps go a little more under the radar. There is no doubt that the gents over at WoK have assembled a brilliant selection of timepieces for this upcoming auction. And while some may scoff at the fact that there are some 500+ lots (I feel for the gentleman standing at the rostrum), this has inevitably yielded a wider selection of timepieces to choose from, where there is a bit of everything for everyone – appealing to the masses and not just the élite. 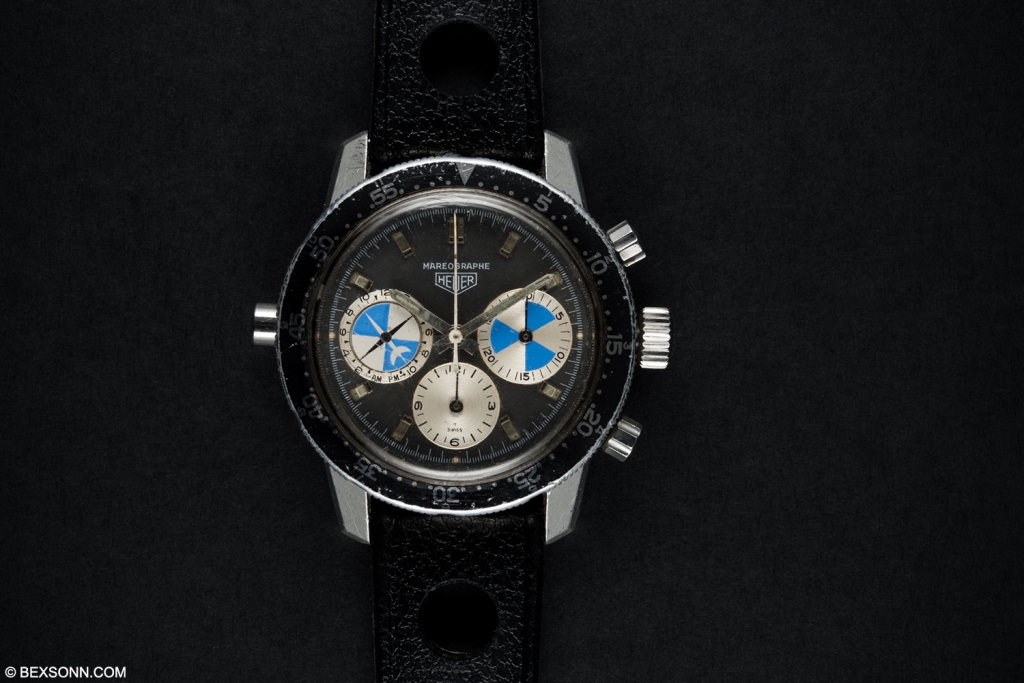 Lot 146: With the Heuer Autavia market exploding in recent months, there is no doubt that this offering by WoK will cause some excitement. Perhaps one of the rarest Heuer’s out there, the Mareograph is seldom seen. In fact, what was known as a poor man’s Heuer- a Mareograph branded differently, the Orvis Solunagraph is now very expensive. So you can imagine what happens when the original comes up for sale. The watch is a tidal chronograph with a tide level indicator and dial made for regattas. It was the first of its kind when released and is also known as the Seafarer in American markets. The case, no doubt modelled on an Autavia, has everything we love about Autavias, but is far more intriguing. This 1960s Heuer Mareographe is up for auction at an estimated price of £8,000 – £10,000. 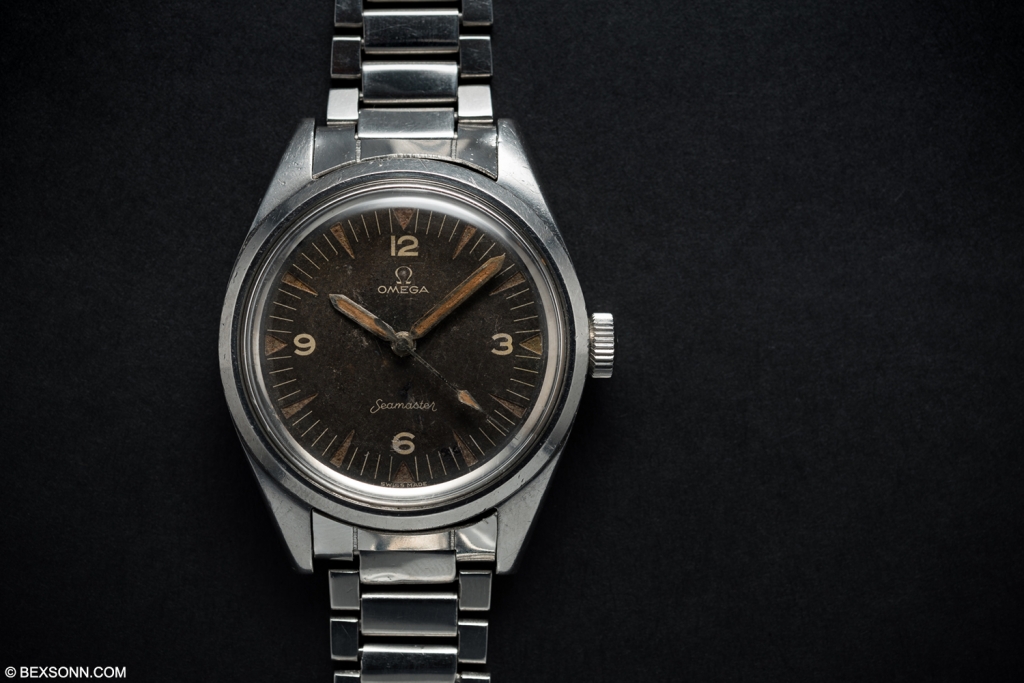 Lot 267: I am a big fan of all Railmasters as I do think they are one of the greatest and most underappreciated tool watches from the last century. Everything from the proportionality of the case to the layout design of the dial is stunning. These came in different variations, with earlier ones coming with Broadarrow hands. This one, issued to the Pakistani Military, is labelled Seamaster, comes with thick baton hands and its military provenance is denoted by the P.A.F. stamped on the back. The dial on this is stunning, fading to a tropical brown and blending well with the radium lumes that have gone a deep orange. Furthermore, this comes with an Omega 7912 flat-link bracelet, which in itself goes for a premium. This 1964 Pakistani Air Force Omega Railmaster is up for auction at an estimated price of £6,500 – £7,500. 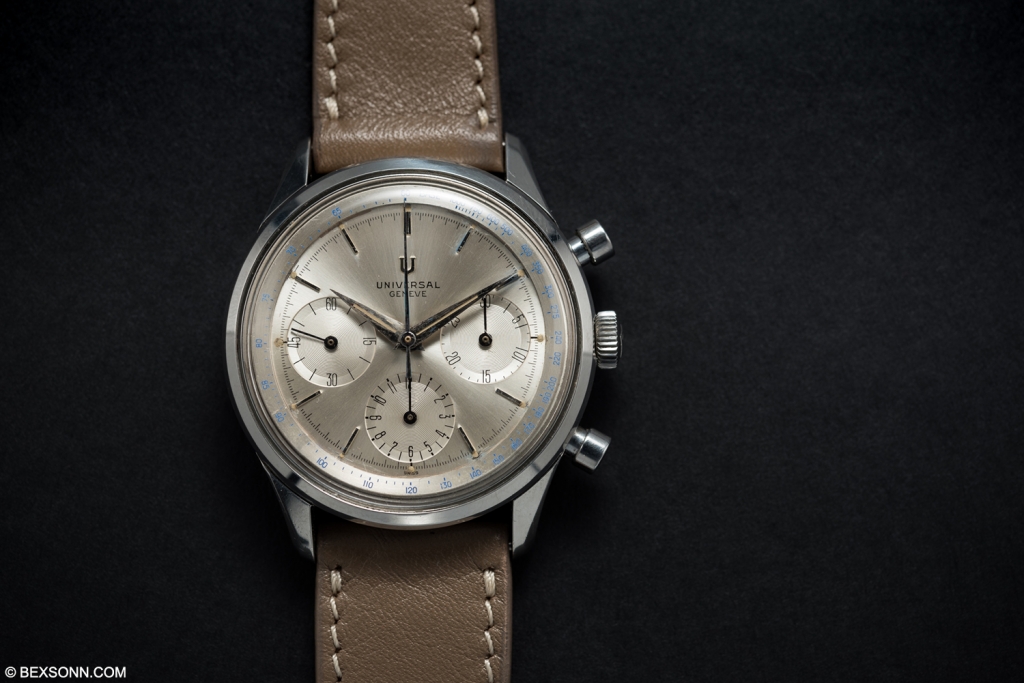 Lot 511: It is pretty easy to find a UG Compax if you look hard enough, but this one is something different. A later Compax, this watch has a Valjoux 72 inside it, a brushed silver dial that collectors seem to be putting a premium on and of course, the huge 39mm case. Remember that UG watches typically came in sizes around the 34 – 36mm mark, so to find one in 39 is something special. The lume plots on this dial are all intact and the contrast between the brushed linen dial and the concentric engraved circles on the sub dials work very well. The outer track where the tachymeter is, is brushed circularly rather than in a sunburst fashion, which does add some well needed depth to the dial. Overall, a great simple watch, but rare enough to start a conversation about. This 1960s Universal Geneve Chronograph is up for auction at an estimated price of £3,000 – £5,000.

The Watches of Knightsbridge auction will take place on the 2nd July 2016, make sure you visit the official website for this month’s full catalogue.