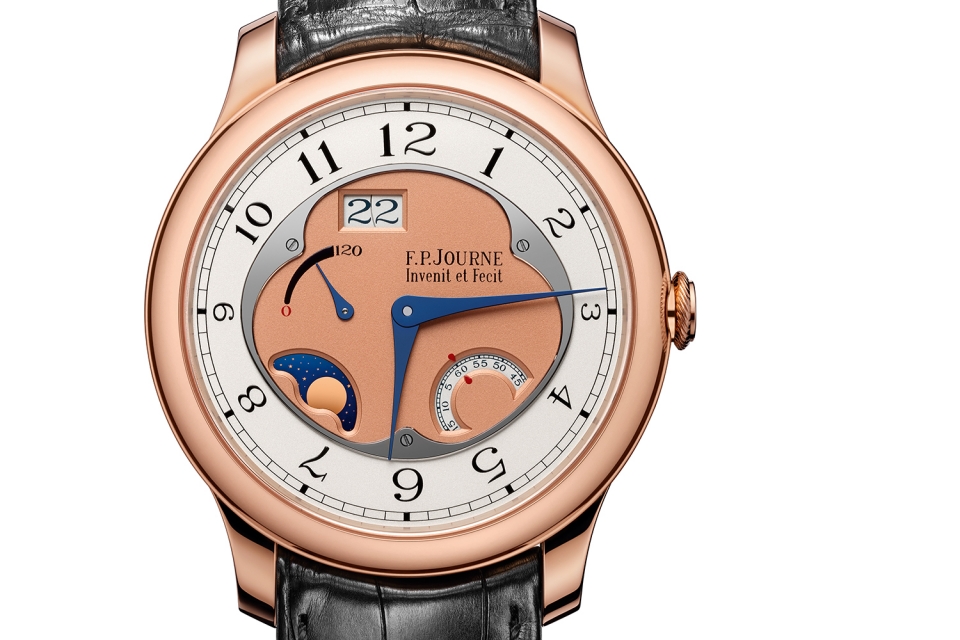 They say your eyes are the window to your soul. With F.P. Journe, the dial is a window into his watchmaking mind. Good design isn’t a given and yet when master watchmakers, such as François-Paul Journe, recreate a timepiece that looks more harmonious than its predecessor, you just can’t help but appreciate it. I’ve said it before and I’ll say it again. “Perfection is achieved not when there is nothing left to add but when there is nothing left to be taken away” and in this case what has been removed is evident, or perhaps what has been simplified. Journe has a very simple mantra by which he creates timepieces by, if he can’t make a better, simplified version then there is no real need. 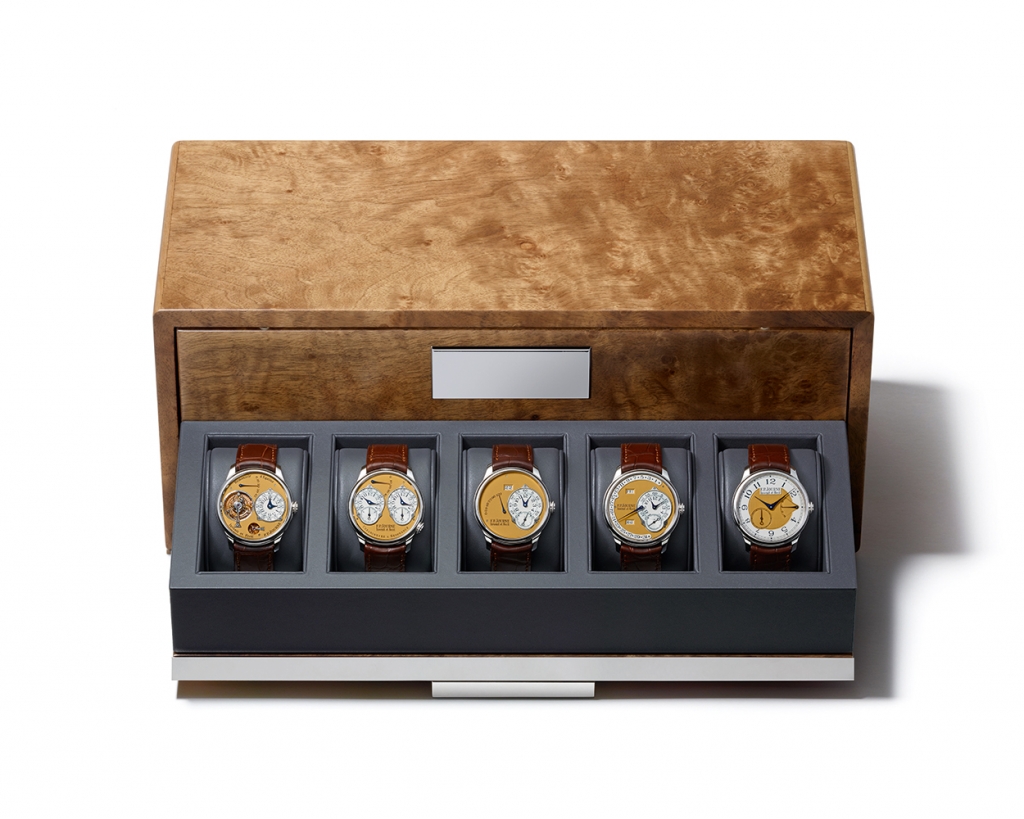 Late 2015 F.P. Journe created a box set to celebrate the end of production of 38mm timepieces. As a by-product of this, F.P. Journe are also doing a piece-by-piece redesign of their collection. This means that all their pieces will be upsized to 40mm and 42mm, however, Journe has also decided to redesign the dials too. A couple of weeks back we spoke about the new 40 & 42mm Octa Luna’s and the new dial layout. 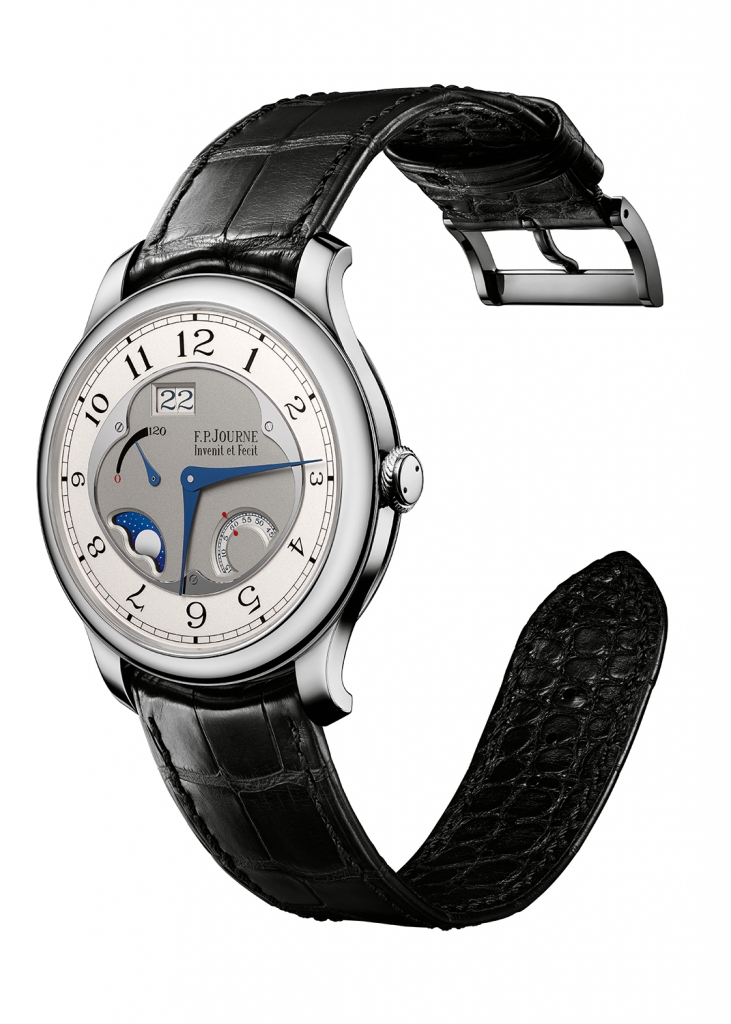 The same has been done to the Octa Divine and its new layout has undoubtedly produced a design that is much more fluid, uncluttered and more elegant. Though some will argue it still isn’t as legible as they’d like, the larger case diameter of course allows for a larger dial, which inherently affords greater readability. So what has changed? The Date aperture at 11 o’clock is around 50% bigger, making it more legible. The power reserve gauge has been made to look much simpler and the seconds subsidiary dial is less of a dial but more of a rotating disc. The dial is nicely broken up with the use of a 3 sector centre ring taken from the Quantime Perpetual, this adds the needed balance over the previous model. 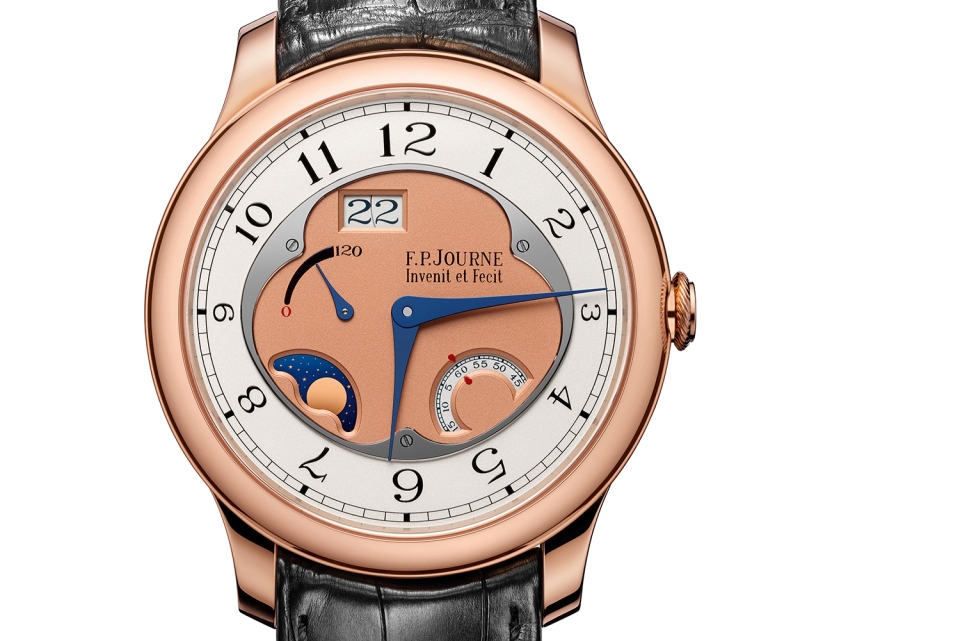 One eye-catching feature of the dial is the use of Arabic numerals that are rather playful and graduate in size, against the traditional railroad minute track. Lastly, the moon phase indicator does appear to have been downsized but remember the dial is bigger, so this is in fact just an illusion. 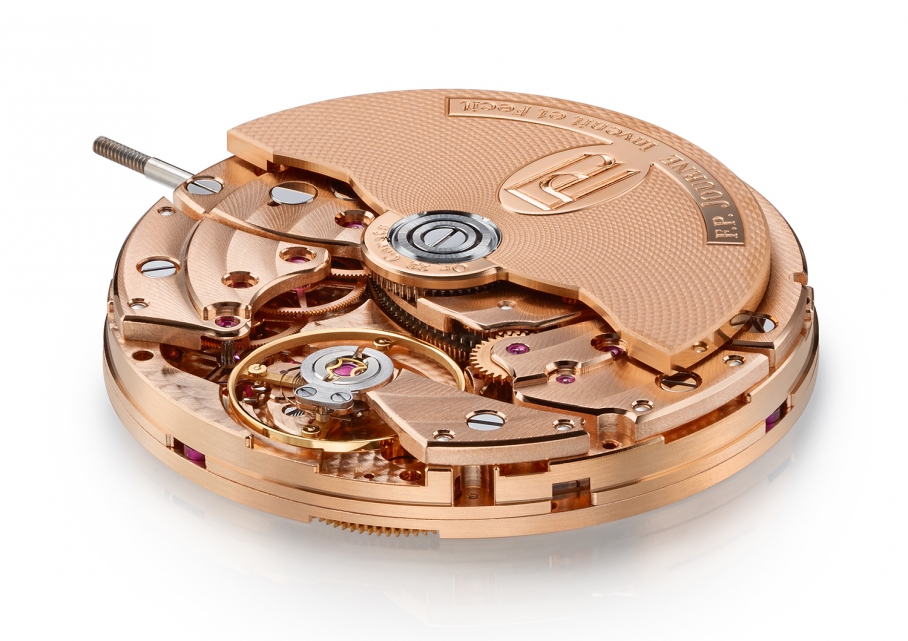 At the heart of this new design Octa Divine calibre 1300.3), manufactured in 18K rose Gold, is automatically wound and has a power reserve of over 5 days. The unidirectional winding of the exclusive off-centre F.P.Journe rotor in 22K red Gold is achieved by a self-locking ball bearing system. Thus each movement, no matter how slight, is utilised for the optimal winding of the watch.

The case of the new Octa Divine as mentioned is available in both 40mm & 42mm, in 18-carat rose-gold and platinum. One other thing that has changed but probably less noticeable is the use of DN (Divine Nouvelle) in the reference number as opposed to just D – making the distinction between the two very clear.

The Octa Divine will be available to purchase from your nearest F.P. Journe boutique or reseller. For more information visit the F.P. Journe website. 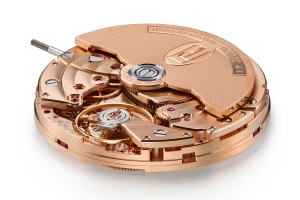 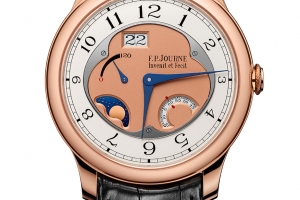 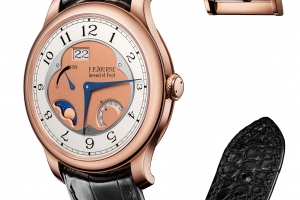 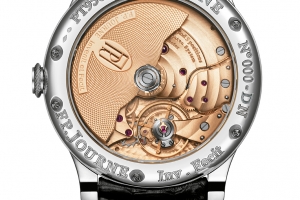 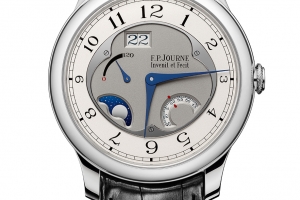 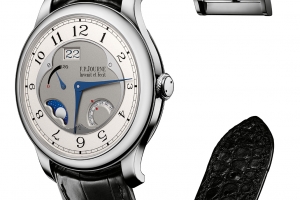