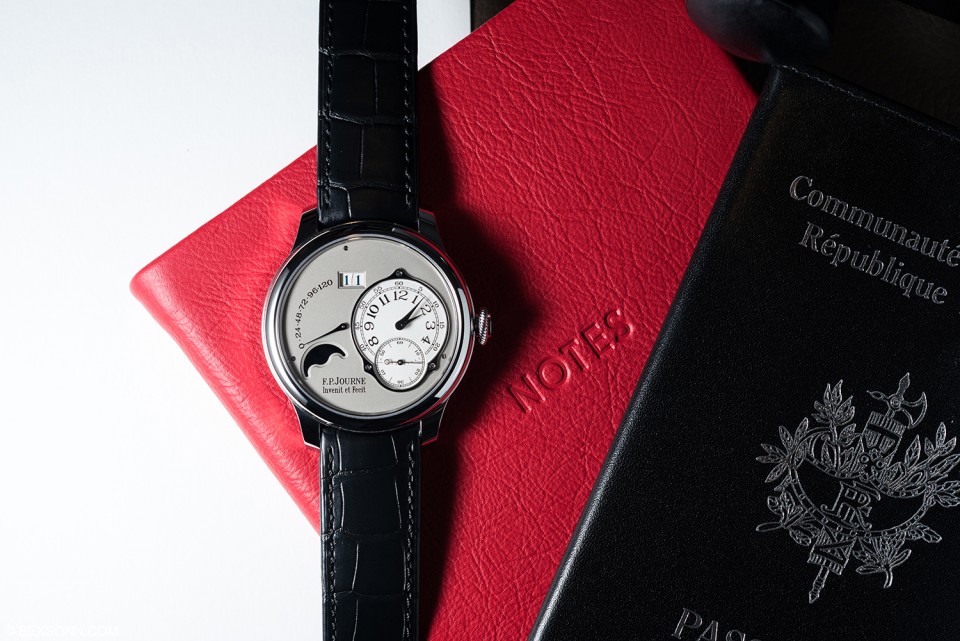 F.P. Journe Octa Lune: Through their avant-garde designs and non conformist attitudes, it would be fair to say that F.P. Journe is perhaps one of the most enigmatic watch manufactures out there. Through their individualism in both design language and watchmaking, they’ve managed to gain a cult-like following of devotees and have certainly played a significant role in the rising status of independent watchmakers as a whole. Let’s just say one can recognise a Journe from a mile away. 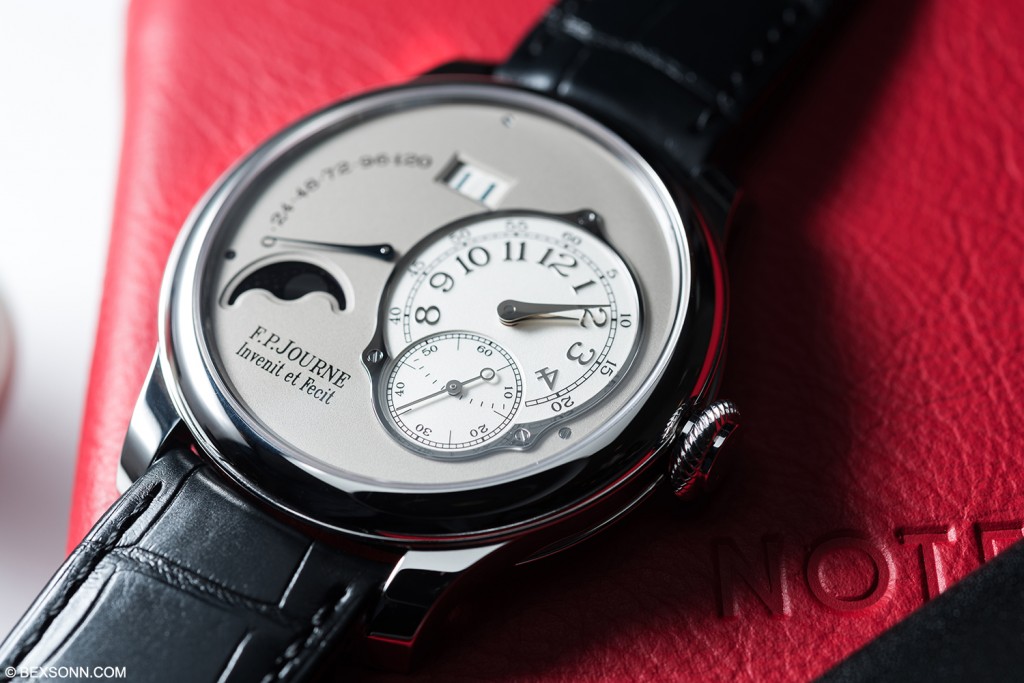 The F.P. Journe we are looking at this week is a second generation Octa Lune, which had a newly updated movement, size and dial layout when it was released in 2015 at SIHH. The manufacture stated in their press release that this update was purely customer driven and that the changes were made as a result of consultations with clients. Available in platinum or 18k red-gold, the main upgrade of the watch was in its sizing from 38mm or 40mm to a choice now of 40 or 42mm in an attempt to improve legibility. 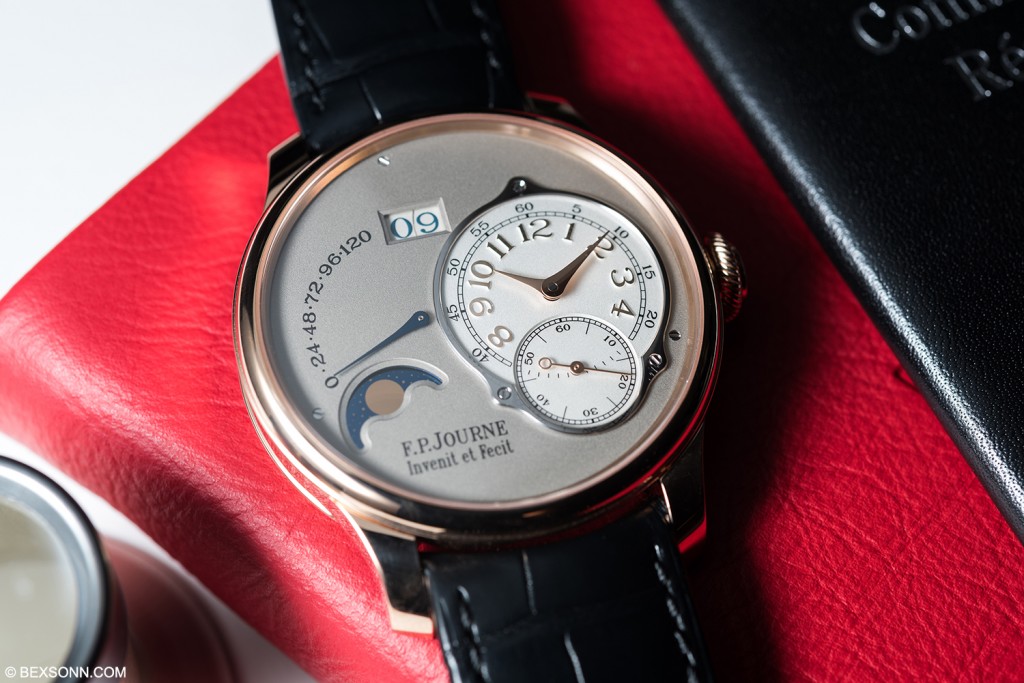 As a result, the date aperture found at 11 o’clock is now twice as large and accentuated through the blank space surrounding it that was once occupied by the brand logo and motto. The ‘F.P. Journe Invenit et Fecit’ has now moved to the bottom of the dial with the retrograde power reserve indicator and moon phase moving up slightly to accommodate this. The off centred main dial that displays the time is also enlarged to improve legibility. This whole idea behind the off centred dial was done under the assumption that if one were to wear this wristwatch under the cuff, a slight pull on the sleeve would be enough to reveal the time. F.P. Journe has always been one to make special and intricate dials and this one is no different, with the main sub dial of the solid gold dial being plated in white and embossed, before the hour numbers are diamond polished to show its original gold tone. The rest of the indicators are hand painted in black. 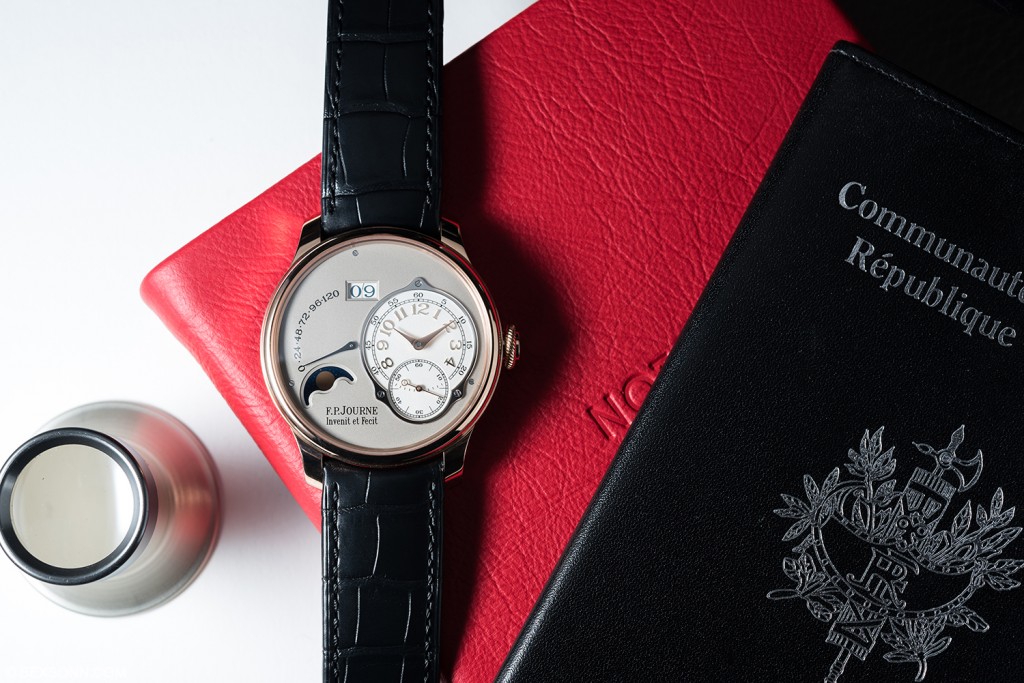 What I often find when brands upsize their watches, is that it loses its original proportions and balance as the increase in size messes with the relationship between the case, hands and subsidiary dials. That being said, despite my preference towards smaller watches, the proportions of the new Octa Lune, whether it be in 40 or 42mm, remain very well proportioned. This is perhaps due to F.P. Journe’s attention to detail with every aspect of the watch upsizing, including the crown and some other things by minuscule amounts, like the slight shift of the moon phase in order to maintain its balance. 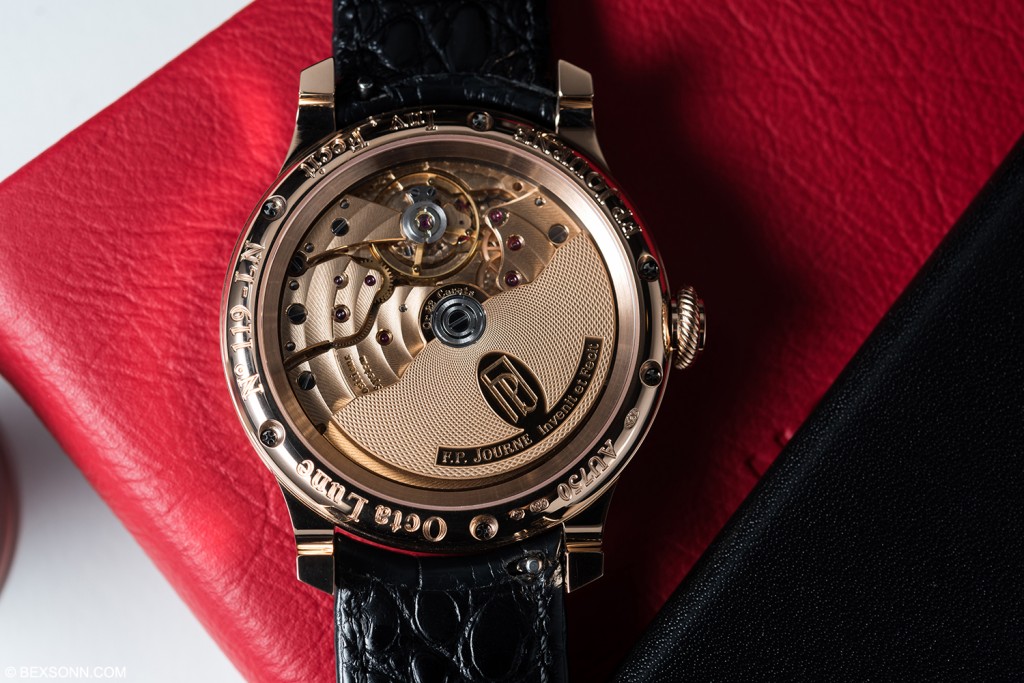 The Octa Lune’s movement is the mechanical self-winding Calibre 1300.3, a movement born from a problem that François Paul Journe noticed. Observing his friend wearing an early Octa model, he became concerned when he noticed that his watch was never fully wound as he worked on a computer all day and did not move enough to spin the watch’s rotor. Seeking to fix the issue, he created the Calibre 1300.3, which used an off centred rotor that wound in only one direction and had a self locking ball bearing system which prevented the rotor from moving the other way. As a result of this, every slight movement of the wrist is taken full advantage of and optimises the efficiency of powering the watch, even if one were to sit by a desk on a computer all day. Furthermore, the easy self-winding of the watch is helped through the use of a heavy 22k gold rotor. Lastly, the Octa Lune has an impressive power reserve of around 5 days or 120 hours.

While it has been mentioned that F.P. Journe watches are certainly avant-garde and headed by a maverick watchmaker, the Octa Lune shows that the manufacturer has indeed taken the concerns of clients very seriously and has released a watch that is both unique and built on functionality.

Currently in the U.K William & Son is only place you’ll be able to find F.P. Journe’s fine timepieces, so be sure to pay them a visit. 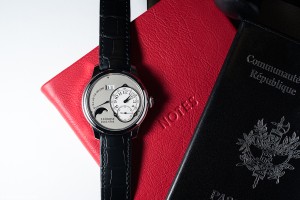 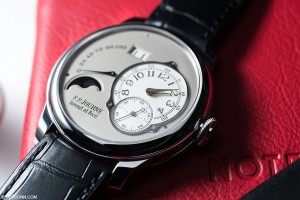 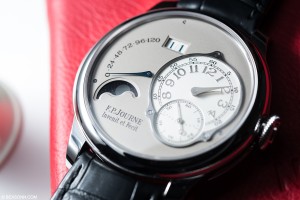 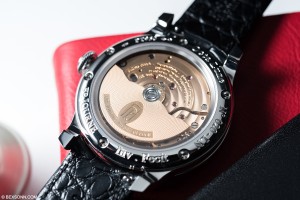 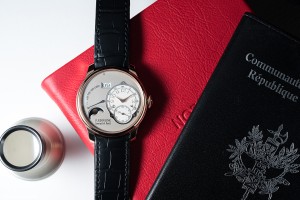 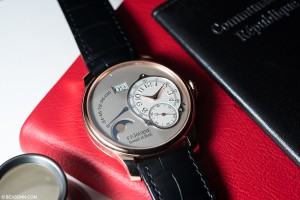 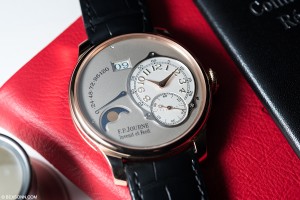 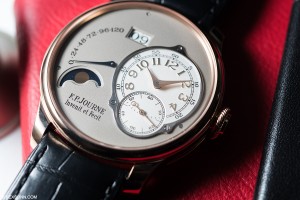 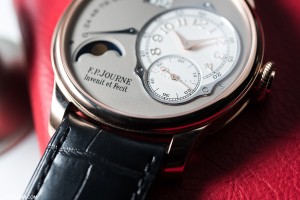 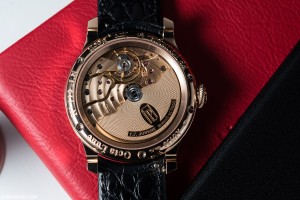