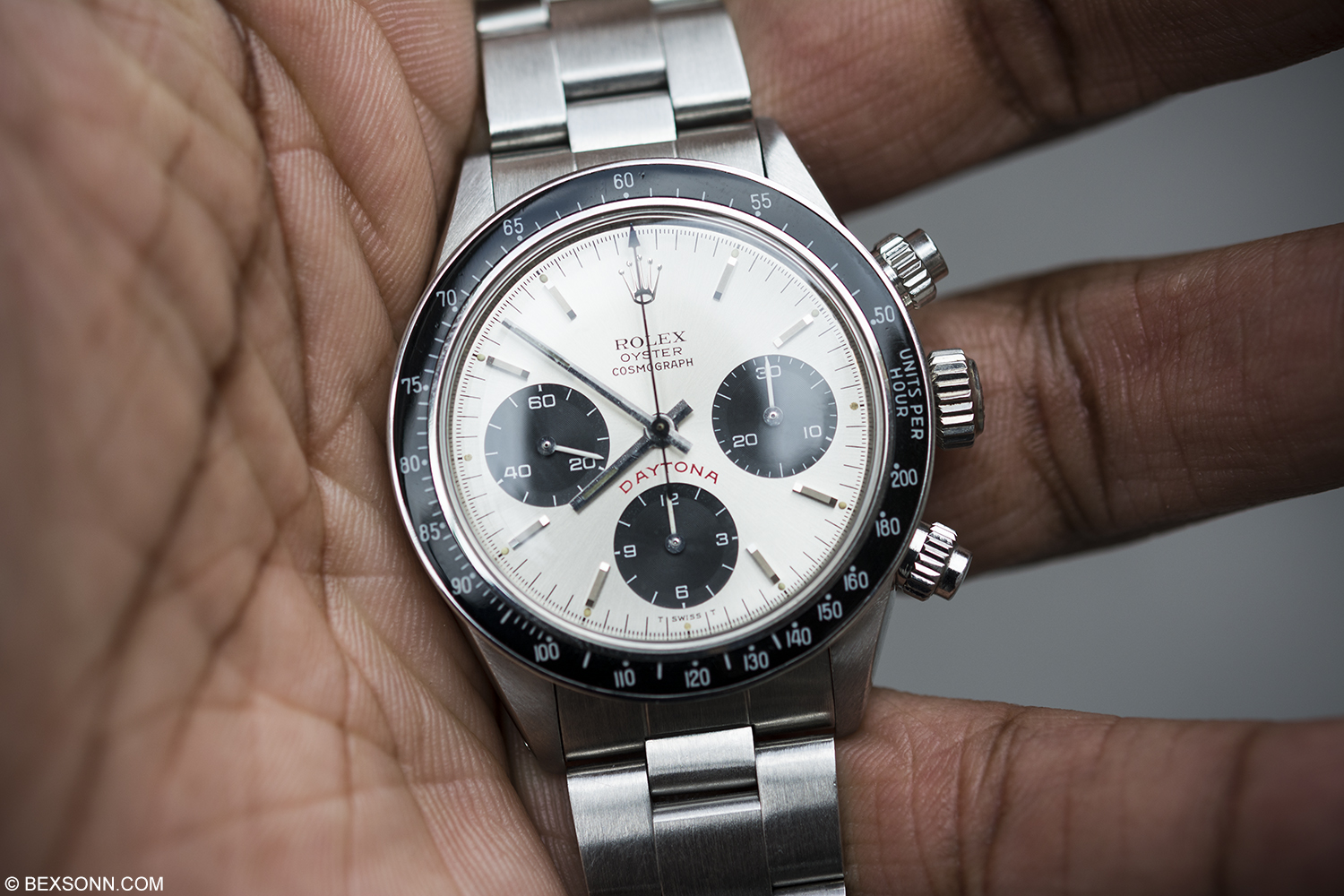 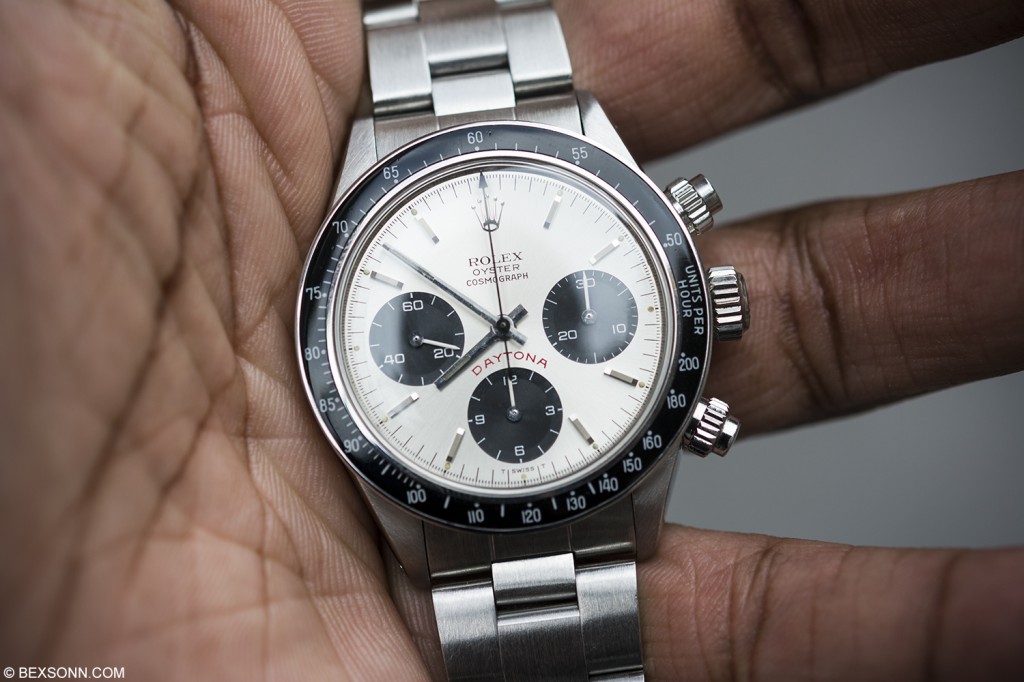 1970’s Vintage Rolex Daytona 6263– It’s BaselWorld 2014 week and we’ll be there but before we hop onto a plane and make our way to Basel, we thought we’d post this baby. It’s nothing new (literally) but in the coming weeks you’re going to be seeing a lot of new stuff. Again, it will be interesting to see what Rolex will have in store for us this year and we are pretty sure it won’t be anything as good as this beautiful Rolex Daytona 6263, which we came across last week.

Brief bit of History on the Daytona 6263: Released in 1970, the Rolex Oyster Cosmograph Daytona had the same case diameter of 37mm as its predecessors but was fitted with new screw down chronograph pushers and a new caliber also based on the reliable Valjoux 72, the Rolex 727. The 6263 had a black bezel while the 6265 had a metal bezel. What was quite interesting to know is that many Rolex dealers would switch bezels on these models at the request of the client. Hence, today, we can find these Daytona’s with a different bezel configuration.

The Rolex Daytona 6263 had two different dial variations; you could have a black dial with white subdials or a silver dial with black subdials (this configuration is also known as the “Panda” with a black bezel). These dials also had the inscription “Oyster” added below Cosmograph. The Water resistance of the 6263 over its predecessors was much improved thanks to the screw down pushers. However, what this also meant was that the wearer could not accidentally activate the chronograph function while diving, which would be a sure way of getting water into the movement – damaging the watch.

For me, this is probably the truest form of a Daytona. It is water-resistant to Rolex standards but it is also manually wound making it inherently more accurate. I must admit, once you’ve seen one of these in the metal you’ll notice how much more modest and detailed the 6263 is over today’s current Daytona line up. It’s just a simple, no fuss, no bling sports chronograph; not too dissimilar from the Speedmaster. Would it be nice to see Rolex produce something like this again? Of course but as mentioned before in my 50th anniversary Rolex Daytona review, Rolex just don’t do nostalgia.