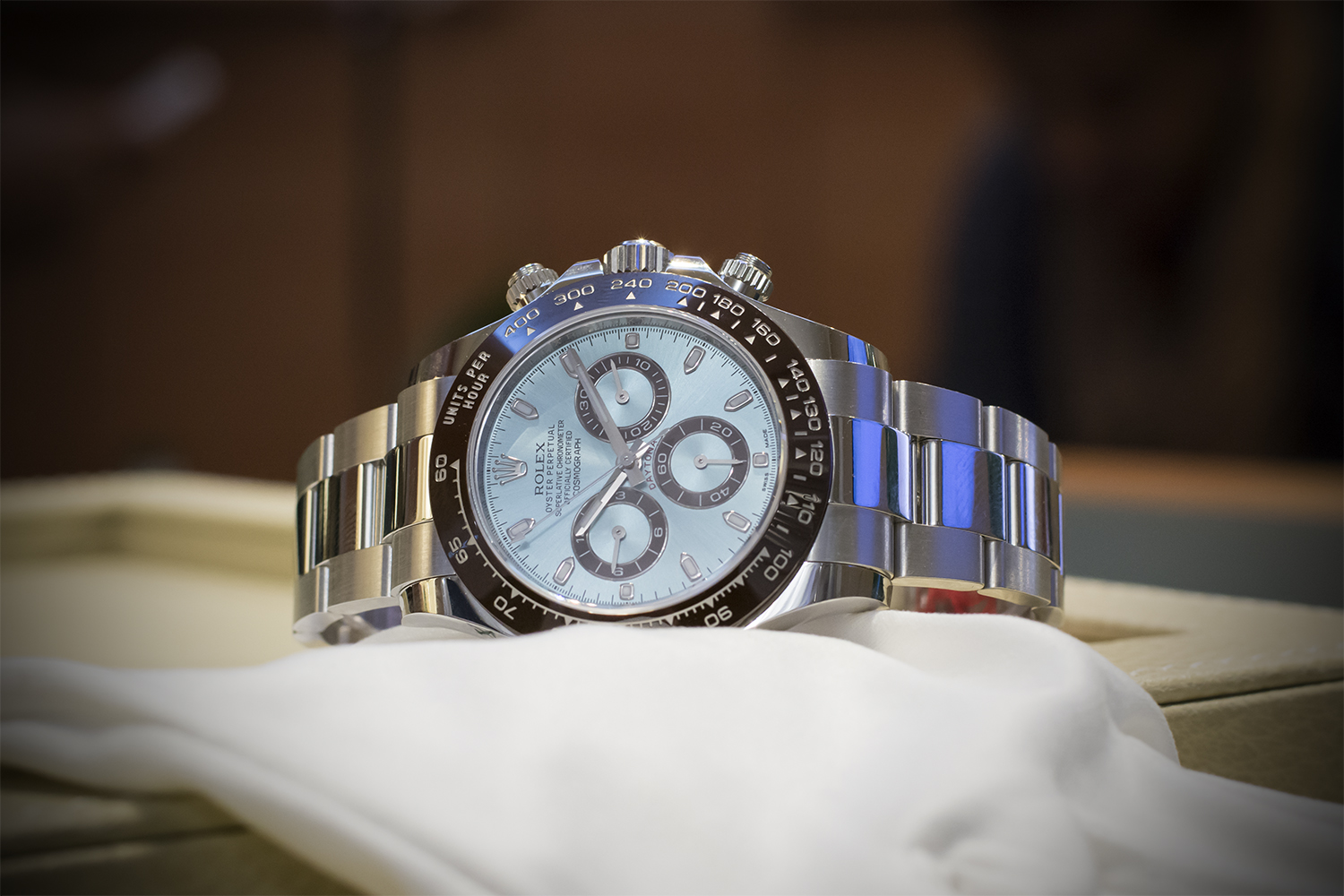 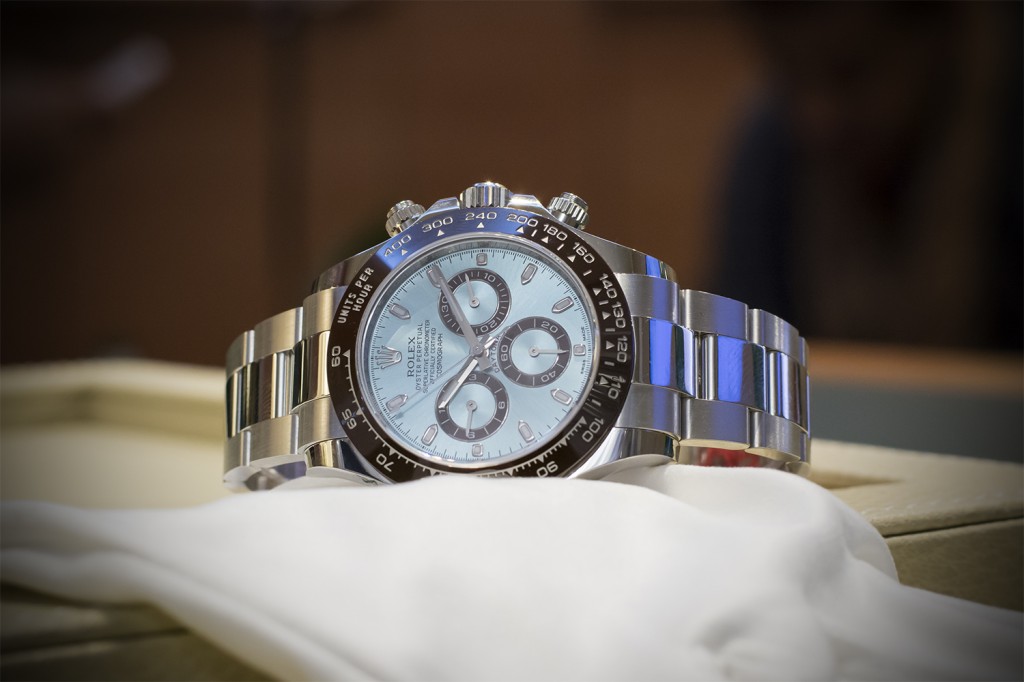 The Platinum Rolex Daytona 116506: A few weeks ago I was invited to a Rolex event hosted by Banks Lyon Jewellers with a friend of mine.  Little did I know it was all the way in Lancaster?   So, after the solid 5 hour drive and in-car conversation on whether the new Platinum Daytona would actually be there – we arrived at our destination (sat-nav has its moments).

Upon arriving we had a look around and found a quiet corner to just relax for a second or two. Then, arriving in all its glory on a fine Rolex leather clad presentation tray – the all Platinum 50th Anniversary Rolex Daytona Cosmograph: sparkling!

Now, I had read a lot of things on watch sites, blogs and forums, about how unimpressive this timepiece is but also how cool it was.  I guess the only thing I could really do was take everything that was said with a pinch of salt. I must admit, even my first impressions weren’t that great but the thing people fail to remember is that Rolex don’t do nostalgia or celebrate anniversaries!  This is quite an interesting topic, as I’ve read rumours that the reason as to why Rolex have chosen an Ice Blue dial and Cerachrom Brown bezel is in honour of ‘Paul Newman’: the colour of his eyes and hair when he was younger…? Sounds bizarre and in all honesty, is probably just a bit of forum chat…. 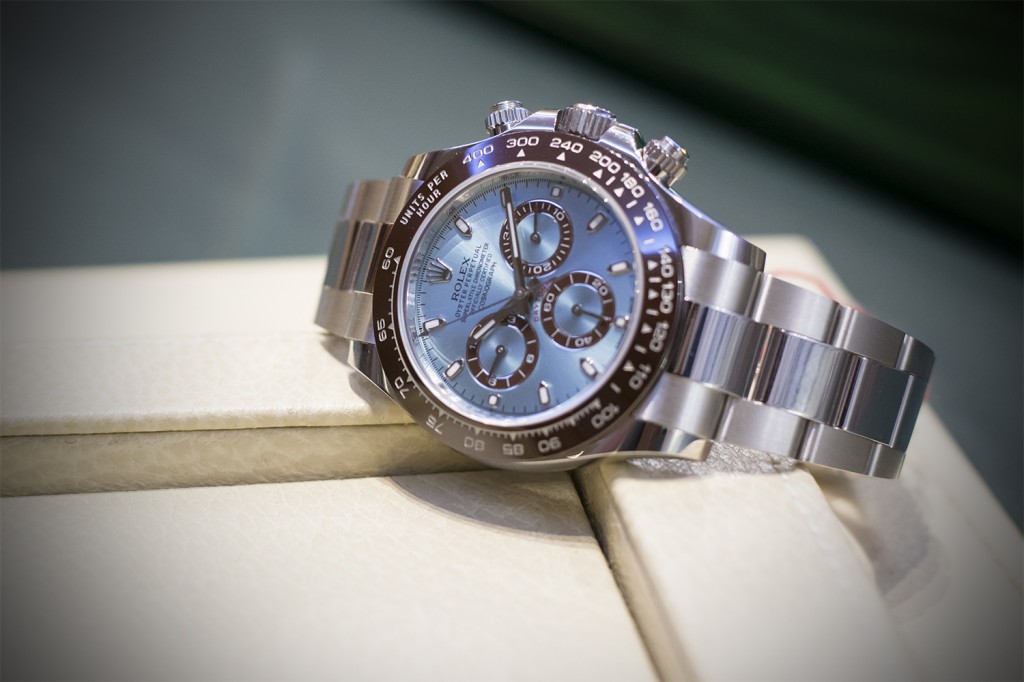 So, what is there to say about the new Daytona post Basel Wolrd 2013? There is a thing or two.  The Daytona is probably one of the most sacred watches amongst Rolex collectors, only topped by the Submariner. I remember reading all the hype Pre-Basel World 2013 and I think expectations were rather high. I mean, I know what I would have liked to have seen; a modern take on the 6263 but it didn’t happen. That is not to say what they’ve done is wrong or even right for that matter. However, I do believe it is a stepping-stone in regards to the direction of the Daytona that we may see in the future?

The Rolex Daytona 116506 remains at a very comfortable 40mm in size. As mentioned before it features a case entirely made of 950 Platinum with Cerachrom chestnut-brown bezel; which I’ve rather come to like. The Ice blue dial, which has now become synonymous with all Rolex platinum models, features the three standard sub-dials which have lacquered rings that match the chestnut-brown bezel perfectly. 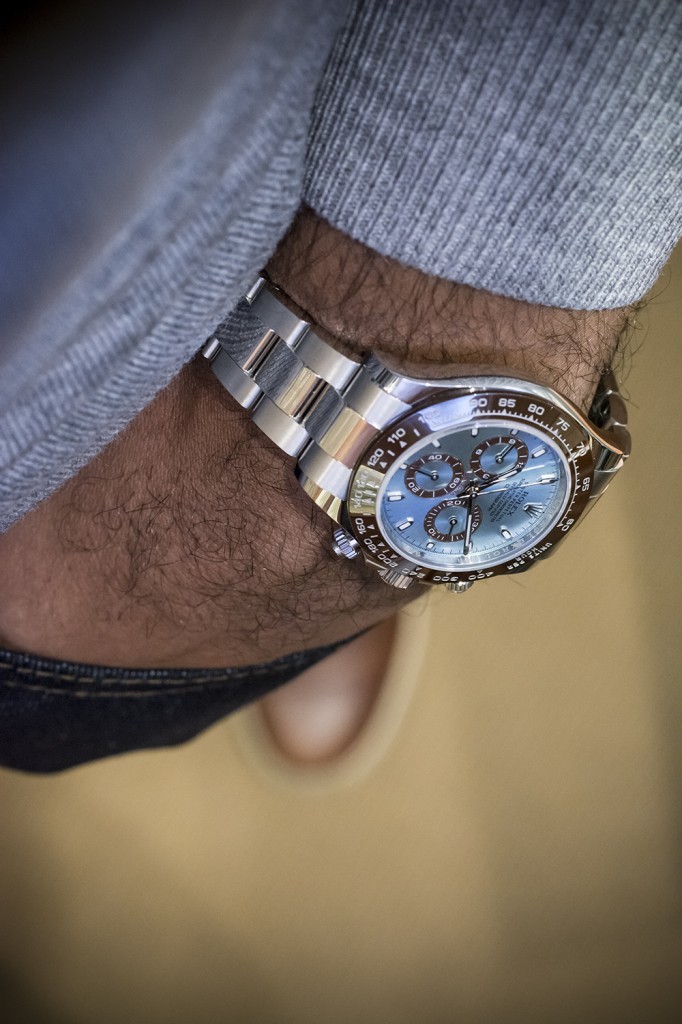 What becomes immediately clear when trying this piece on is the weight of it but yet it doesn’t feel cumbersome or uncomfortable to wear. I really do like these new style 3-piece Rolex Oyster bracelets; and like the case it’s also made entirely of platinum. I must stress, that pictures do not do this new Platinum Daytona any justice, if you have the chance to get your hands on one – you’ll see what I’m talking about. 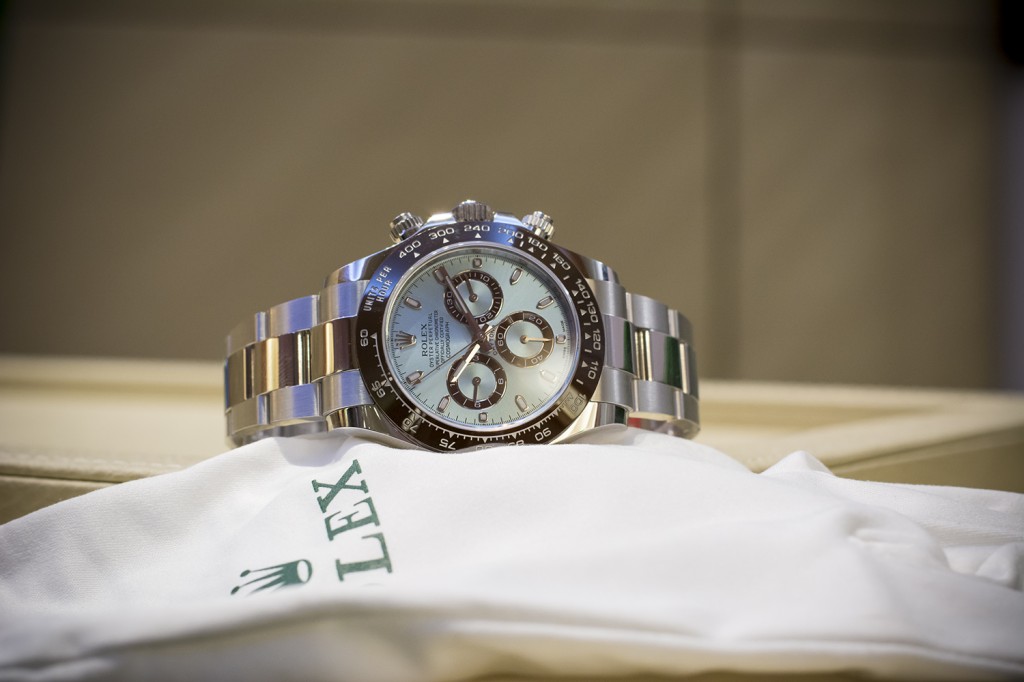 Conclusion: Well, in my mind Rolex have not produced the Daytona that most would’ve liked to have seen and bought for their collection. However, I am sure it would have caused a real stir in the market trying to own one; an all new stainless steel Daytona to celebrate the 50th year since it was formerly introduced to the world. Unfortunately, Rolex have gone the other way; producing a high-end model that will, I’m sure, still be snapped up by collectors quickly – simply because it’s the first Daytona made in platinum. Some may not like the Ice Blue dial, or the chestnut-brown Cerachrom bezel, or even the fact it’s made from platinum? However, what Rolex have done is celebrate the fact that the watch has been in production for 50 years. And as mentioned before, I can bet a large handful of collectors with the financial clout of course, have put their orders in for this timepiece and the best of luck to them. This watch doesn’t really do it for me in regards to what could’ve been, but it’s nice to see that the Daytona has still got such a strong following.

The 50th Anniversary Rolex Cosmograph Daytona Reference 116506 features the Rolex caliber 4130 and will have a retail price of approximately £50,000 when it hits stores later this year. For more information on this timepiece visit the official Rolex website. 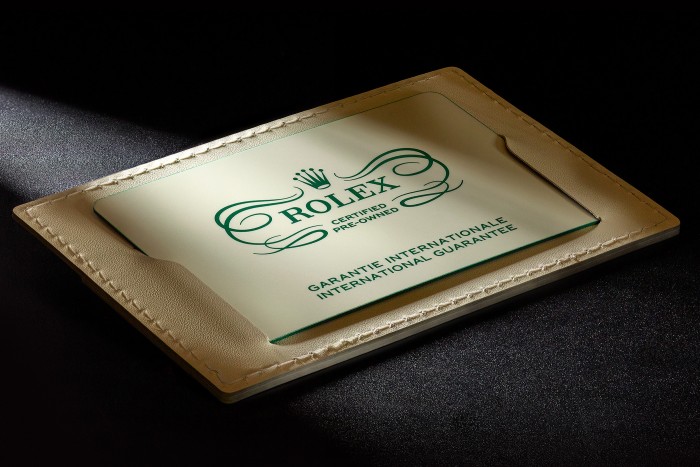 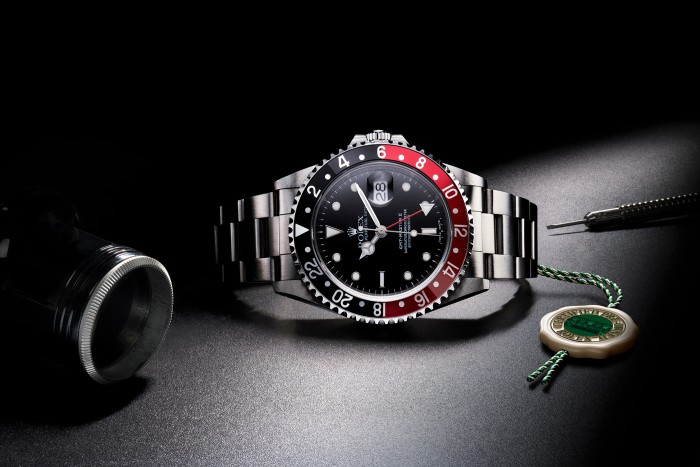