Hands-On with the new Patek Philippe Annual Calendar Chronograph 5960/1A, Which Replaces All Previous Models and For a First Made of Stainless Steel 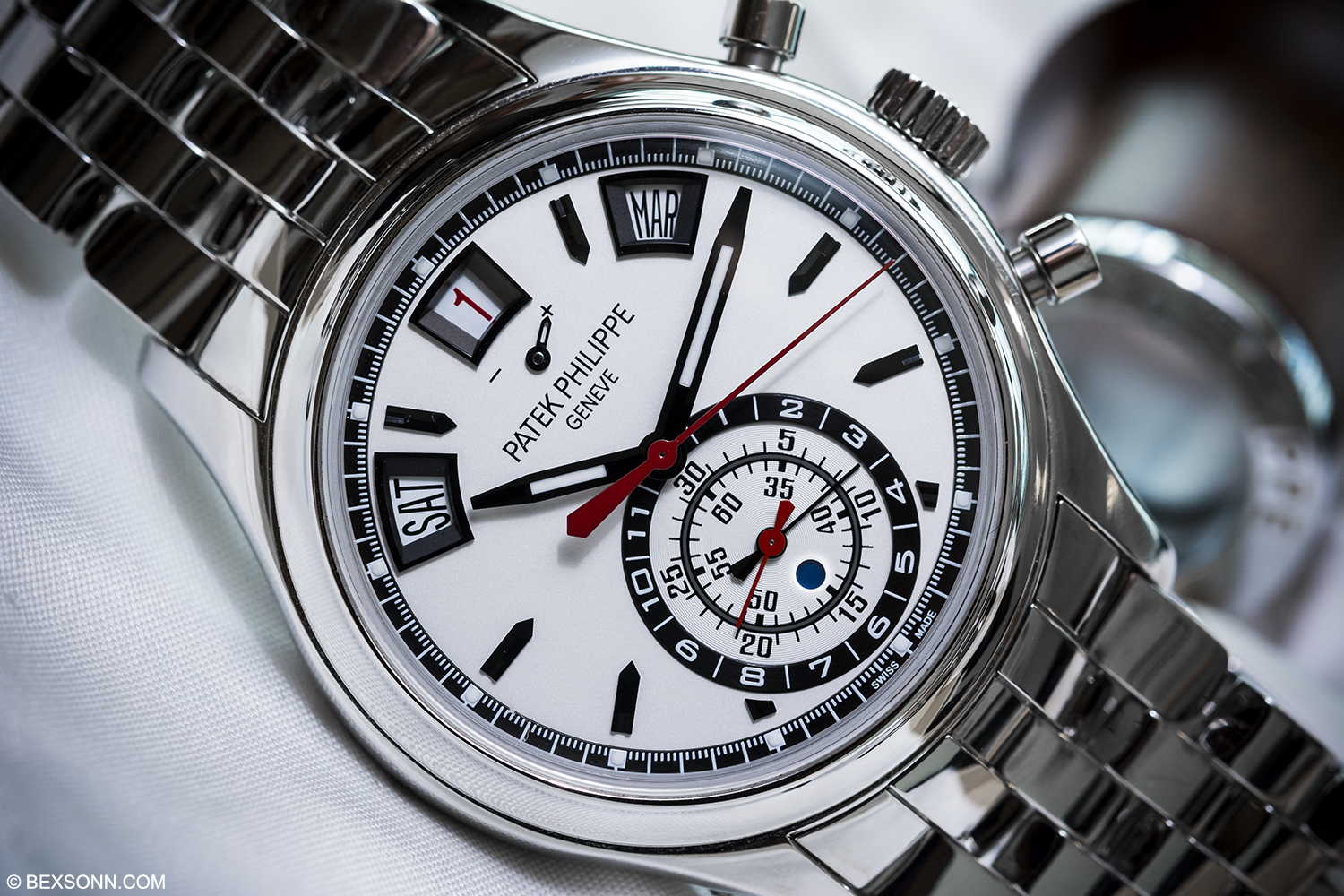 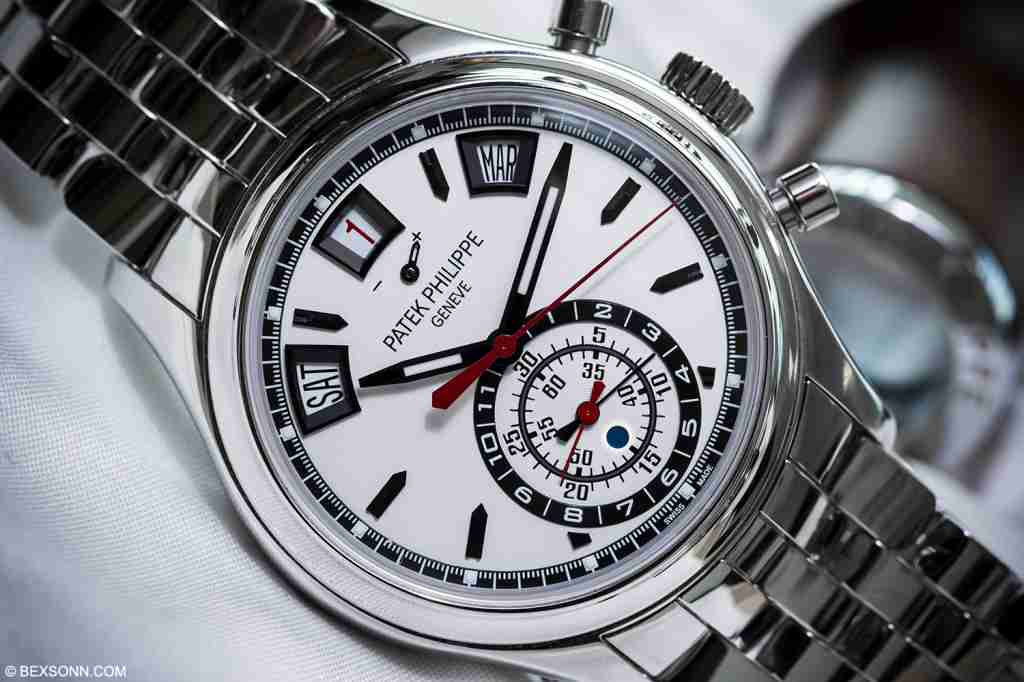 Patek Philippe Annual Calendar Chronograph: During Baselworld this year, Patek Philippe decided it was time to revamp a complicated – but not overly complicated – established classic. The 5960 incorporates a self-winding chronograph with annual calendar. Removed from the current line-up is the original 5960P – first introduced in 2006 – and also the 5960R and in their place this 5960/1A. And just in case you weren’t aware that “1” after the reference means it comes on a bracelet, and just another note too, the A stands for “Acier” – which in French means steel. Which may sound like a mundane detail but in fact when it comes to Patek timepieces that house complications like these, they tend to be made of more luxurious metals.

THE ANNUAL CALENDAR CHRONOGRAPH REF. 5960/1A 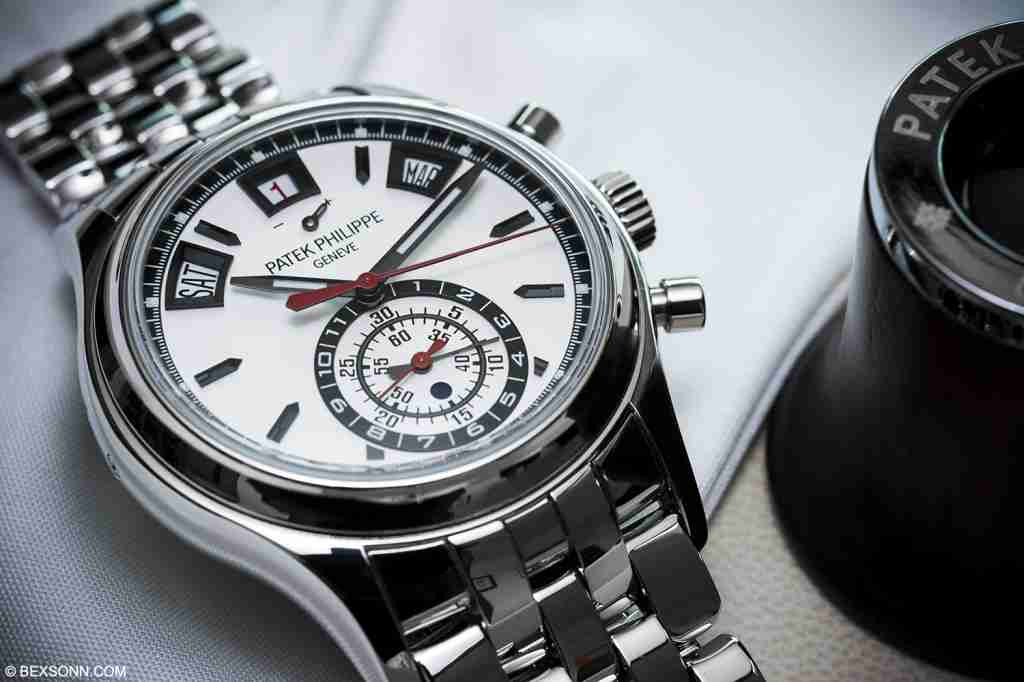 Patek Philippe’s new Ref. 5960/1A Annual Calendar Chronograph is a wristwatch that emanates the cool sheen of stainless steel. It is one of the manufacture’s rare, classically elegant wristwatches outside the casually exclusive Nautilus and Aquanaut collections that combine a complicated movement with a stainless steel case. This début is bound to capture the attention of Patek collectors and aficionados.

Some may find it strange that Patek Philippe’s stainless steel watches have always ranked among the most desirable timepieces but this is simply because they were only crafted in small numbers. They were not regularly produced until 1976, when the manufacture introduced the casually elegant Nautilus line (though not at the time was it considered elegant and for some, even till this day). 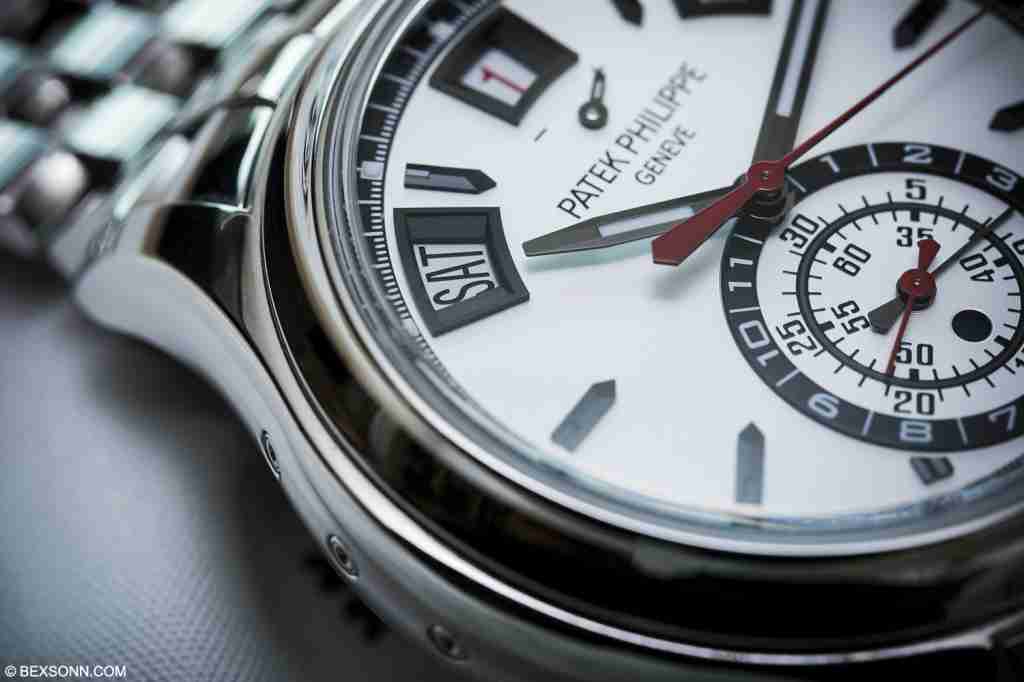 The case measures 40.5mm, which is made out of stainless steel; at 2 and 4 o’clock are two pump-style chronograph pushers, but of course done with Patek panache. On the side of the case at 9 o’clock you’ll find the day corrector, between 9 and 10 o’clock the date corrector and at 10 o’clock the month corrector. Naturally the 5960/1A features a completely polished finish, however as mentioned before now come on a signature bracelet with five rows of “droplet-style” links – which in fact was first introduced in 1997 for the Ref. 5036/1 Annual Calendar and now celebrates its debut in stainless steel. 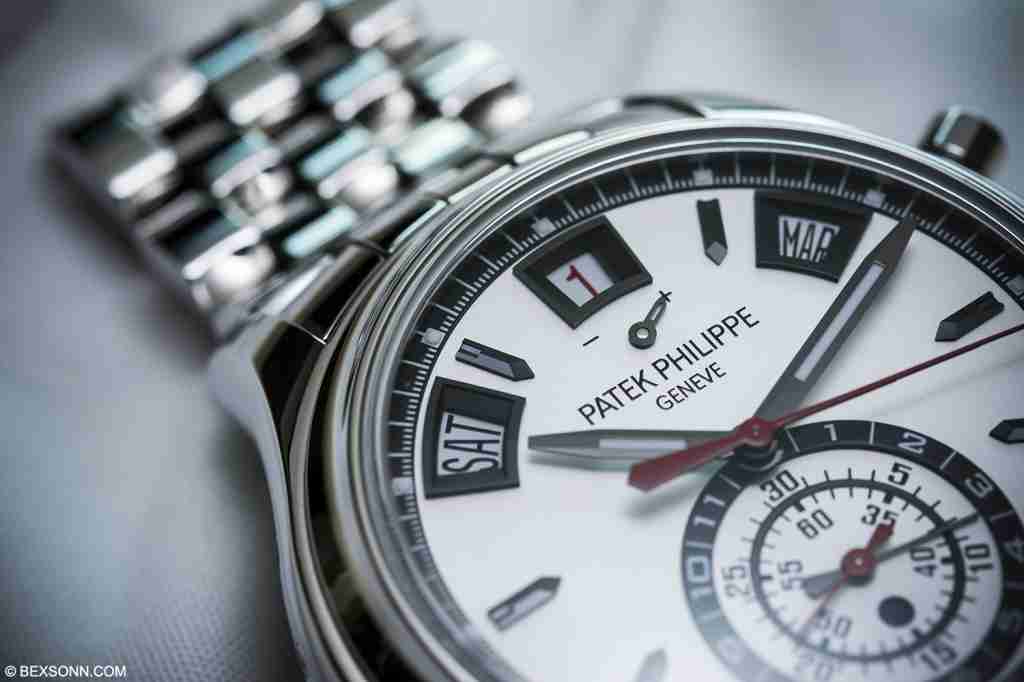 The striking silver-grey dial with its red and black accent lend an interesting but yet ultra-modern contrast to the dial. An uncommon feature in a Patek Philippe watch: the red “1” in the date aperture, which kicks off each month with a colourful stimulus while the dates from the 2nd to the 31st days are displayed black on white. Thirteen appliques in black oxidized gold produce an almost 3D tile effect: the black chronograph scale on the periphery of the dial with twelve luminous five-minute markers, the three distinctively contoured frames for the aperture displays of the day, date, and month, the eight pointed-baton hour markers, each with three facets and a recessed sink at the flat end, as well as the 12-hour counter scale at 6 o’clock. 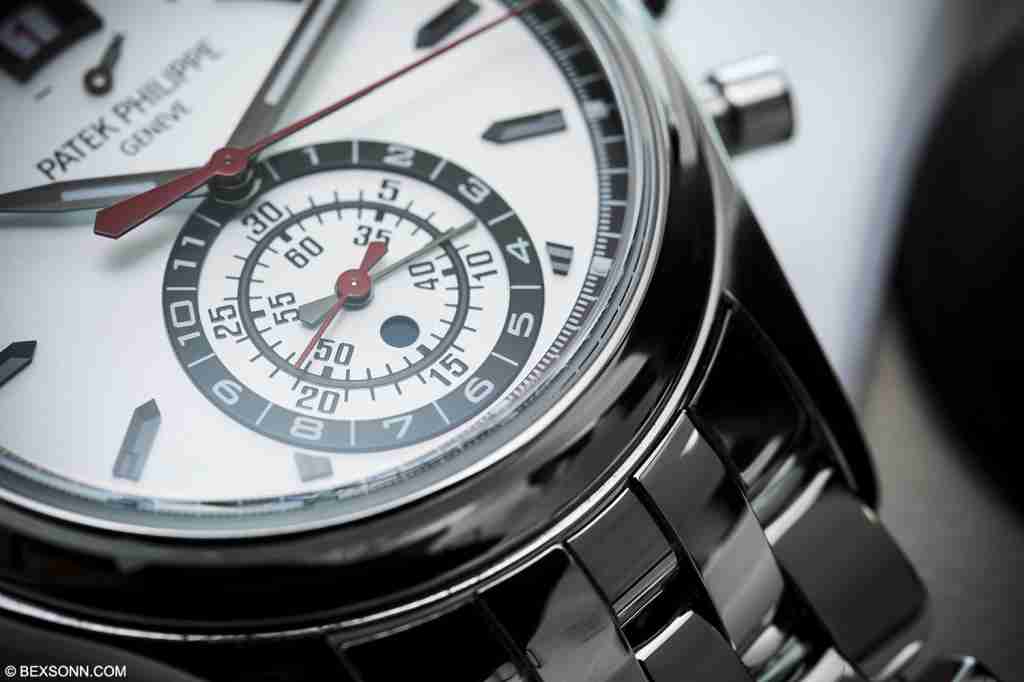 Additionally, the dial features two printed concentric chronograph minute counter scales (0 to 30 and 30 to 60 minutes) within the applied hour counter scale, a small day/night indication at 6 o’clock, and the minus and plus symbols for the power-reserve indicator beneath the date aperture. The hour and minute hands are made of black oxidized gold and feature three facets to match the hour markers and have a luminescent coating – which is something that Patek don’t tend to do on timepieces outside the Nautilus and Aquanaut range but have done so with the 5690/1A. 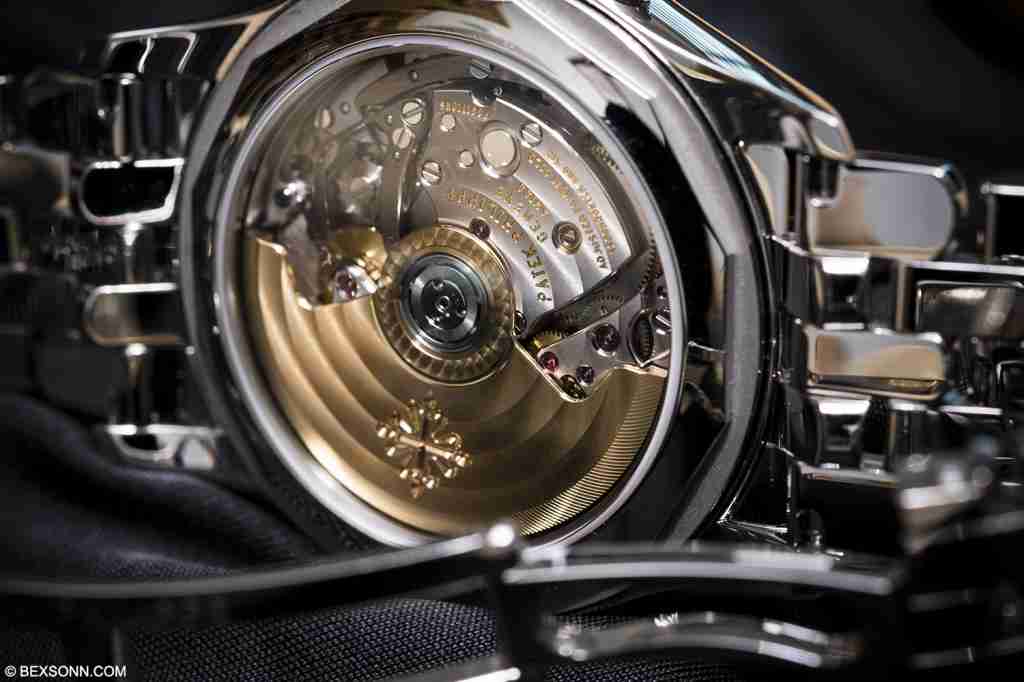 The hands and the calendar displays are powered by the Patek Philippe CH 28-520 IRM QA 24H caliber with flyback chronograph and Annual Calendar as well as power-reserve and day/night indications. Turning it over you’ll be able to see the heavy central rotor in 21K gold winds the watch automatically. The chronograph complication is operated using a classic column wheel concept with a modern vertical clutch, which eliminates the risk of hand jump or recoil when the stopwatch function is activated. The movement; though using a classical modular ensemble it still only measures a mere 2.48 mm high, despite its 154 parts. 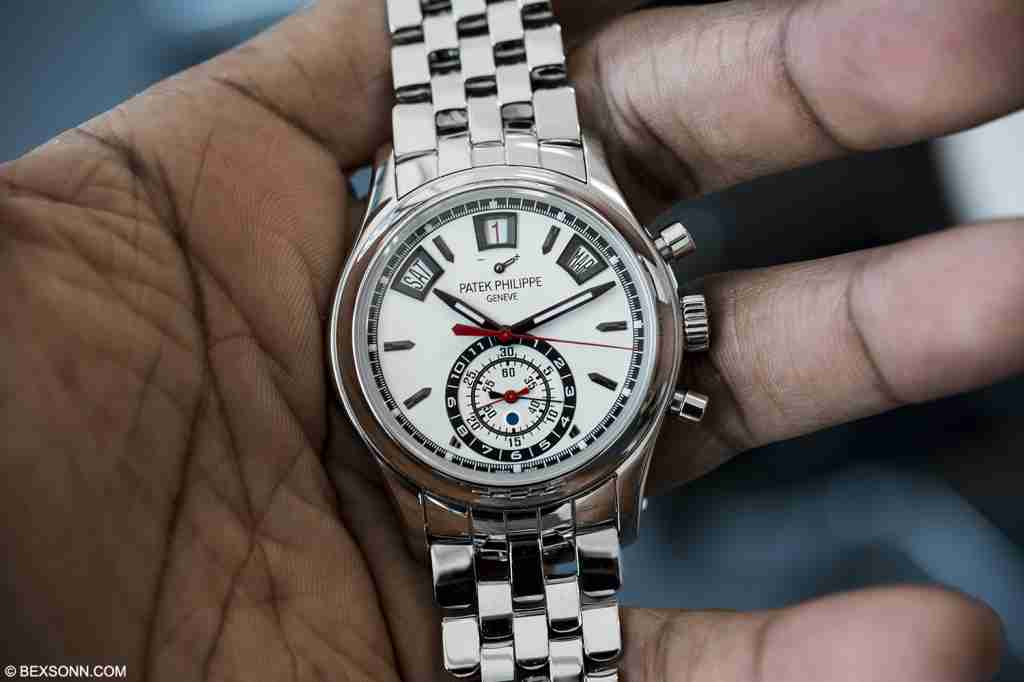 Patek Philippe’s being made in Stainless Steel is not really that uncommon unless you’re looking at the Nautilus or Aquanaut range. But Patek producing a 5960 in stainless steel is somewhat special and reminiscent of the Patek Philippe of old. Though Patek collectors and aficionados alike may not be too keen on the 5960/1A ultra-modern look I think this is a good attempt from Patek to attract a younger audience towards a more traditional Patek that isn’t a Nautilus or Aquanaut. There is still no doubt that Patek collectors of the brand will still be intrigued by all new stainless steel 5960 and it will be popular.

The Annual Calendar Chronograph Ref. 5960/1A is priced at £36,920, availability is currently unknown at the moment but as soon as we find out we will update you. For more information visit the official Patek Philippe website. 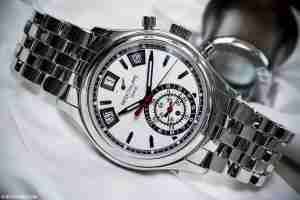 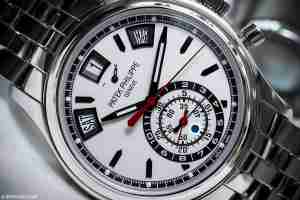 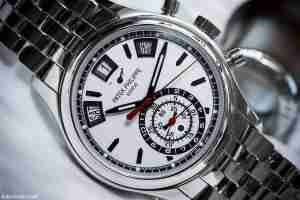 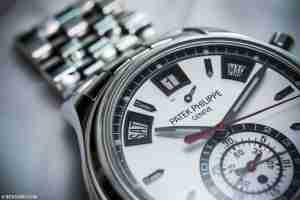 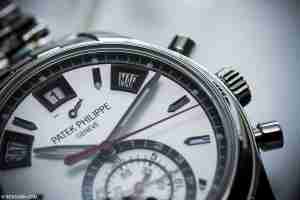 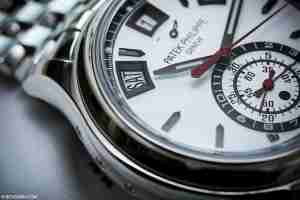 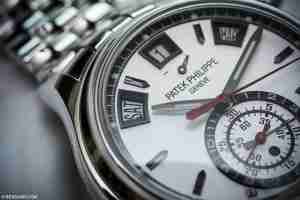 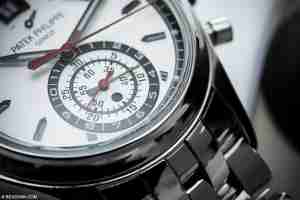 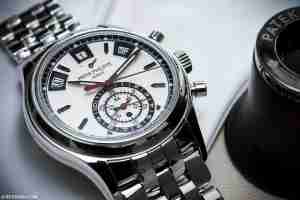 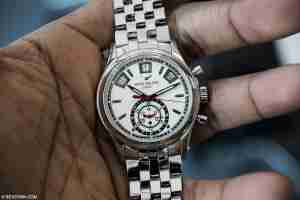 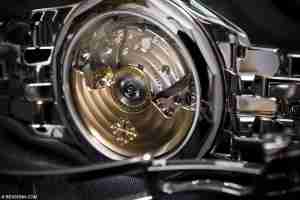