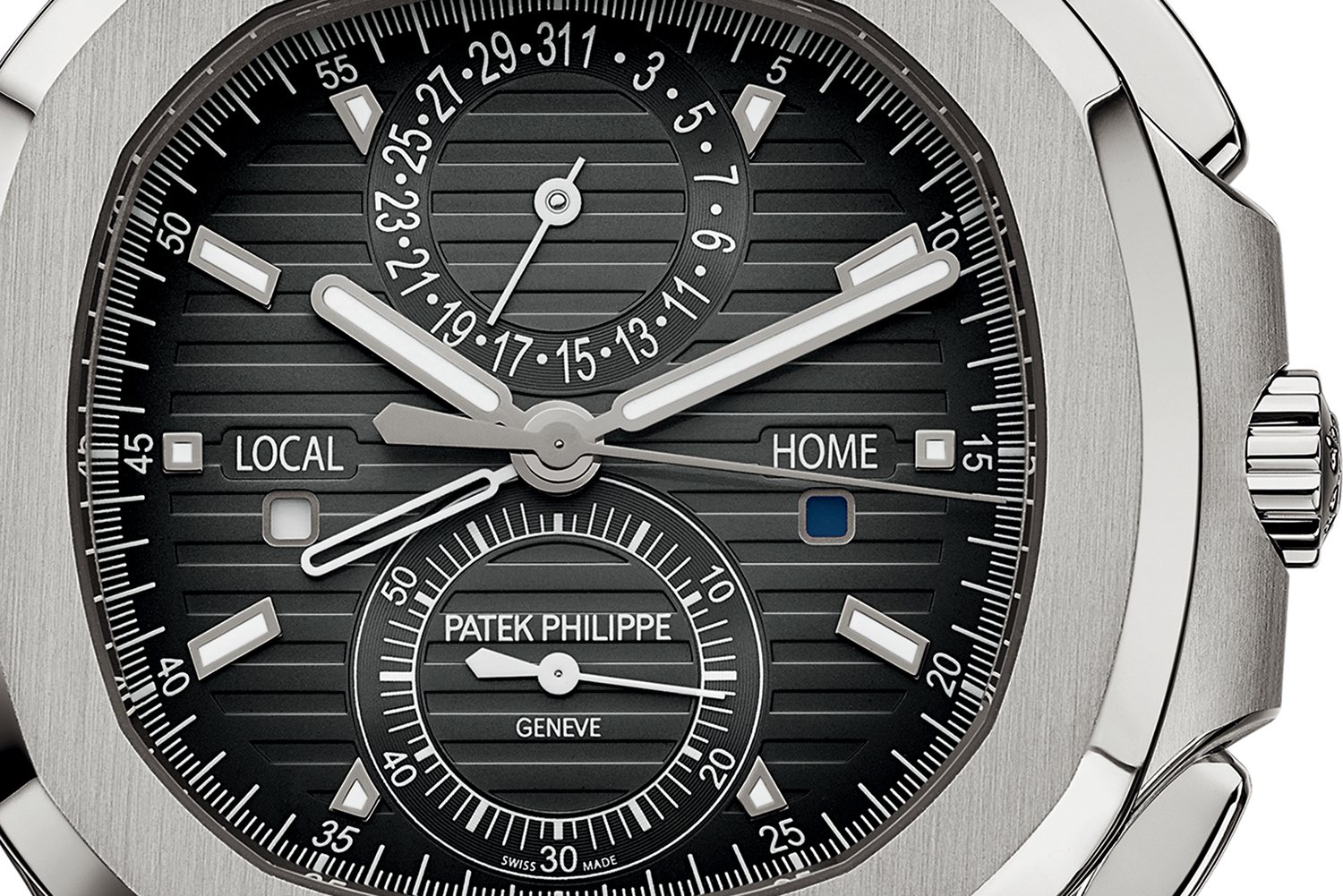 Patek Philippe Nautilus Travel Time Chronograph: During Baselworld this year, Patek Philippe decided it was time to further expand the Nautilus collection. In 2006 on the occasion of the 30th Nautilus anniversary, Patek introduced a new addition to the range, the Nautilus 5980/1A – which for the first time featured a chronograph complication and in 2013 two updated versions – which came in two metal variations ( solid rose gold and stainless steel/rose gold). We actually thought the updated versions look rather cool but wasn’t overly excited about the bi-metal version, though the blue dial was very striking. Patek have expanded on this chronograph version of the Nautilus by adding another practical feature for the frequent traveller. 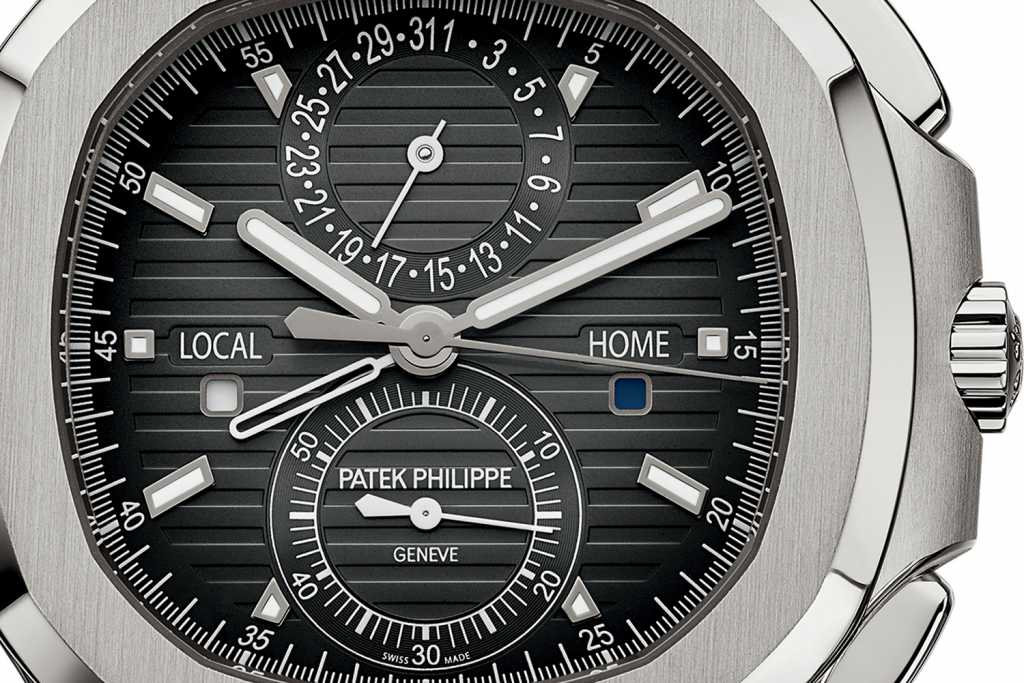 The new Patek Philippe 5990/1A, though probably not for the purists, looks absolutely stunning and still incorporates the iconic Gerald Genta porthole design but the movement propels it into a new era of technical heights. The Nautilus was originally made to be simple, elegant and functional. However, the 5990/1A is rather bold, ultra-modern and may possibly divide opinion but we think these main characteristics have been well married by Patek.

Boasting a case that measures 40.5mm, made out of stainless steel (which will please many): at 2 and 4 o’clock are the two large chronograph pushers, which protrude either side of the crown protector. At 7 and 10 o’clock you’d be forgiven for thinking that the lateral hinges are just that, hinges but in fact these actually serve as the two time zone correctors. The bezel naturally features the usual brushed finish with polished sides, which is in fitting with the polished chronograph pushers. The bracelet features much of the same finish, which is brushed with polished centre links. 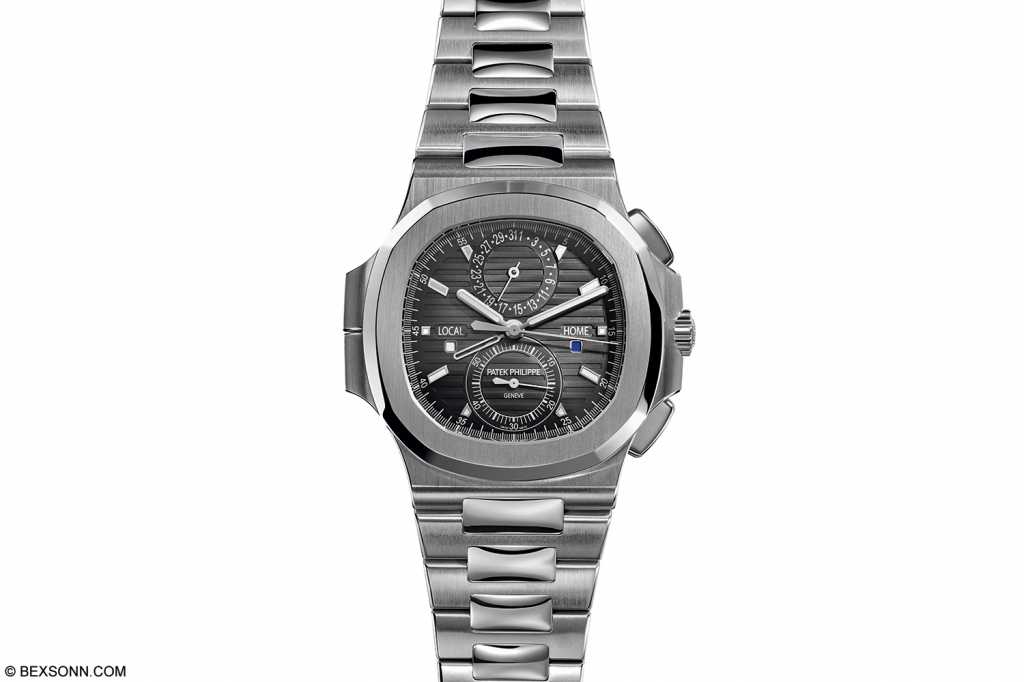 The redesigned black brass dial sports the typical horizontal Nautilus embossed pattern which it shares with its predecessors, with a light-to-dark graduation from the centre to the periphery giving it an subtle but effective colour shift and ten applied luminous hour markers in 18K white gold. This colour shift really highlights the sub-dials. At 12 o’clock is an analogue date scale, at 6 o’clock is a 60-minute register for the chronograph. Traditionally, the Patek Philippe logo would’ve been place within the date sub-dial but to lend more visual balance to the dial it has been placed within the 60-minute chronograph counter. You’ll also notice at 9 and 3 o’clock apertures with the inscription of “Local” and “Home” respectively – these are day/night indicators, which have been seen before in the Aquanaut Travel Time Ref. 5164A. The second time zone is displayed via a skeletonised hour hand; which when not in use remains hidden beneath the hour hand. 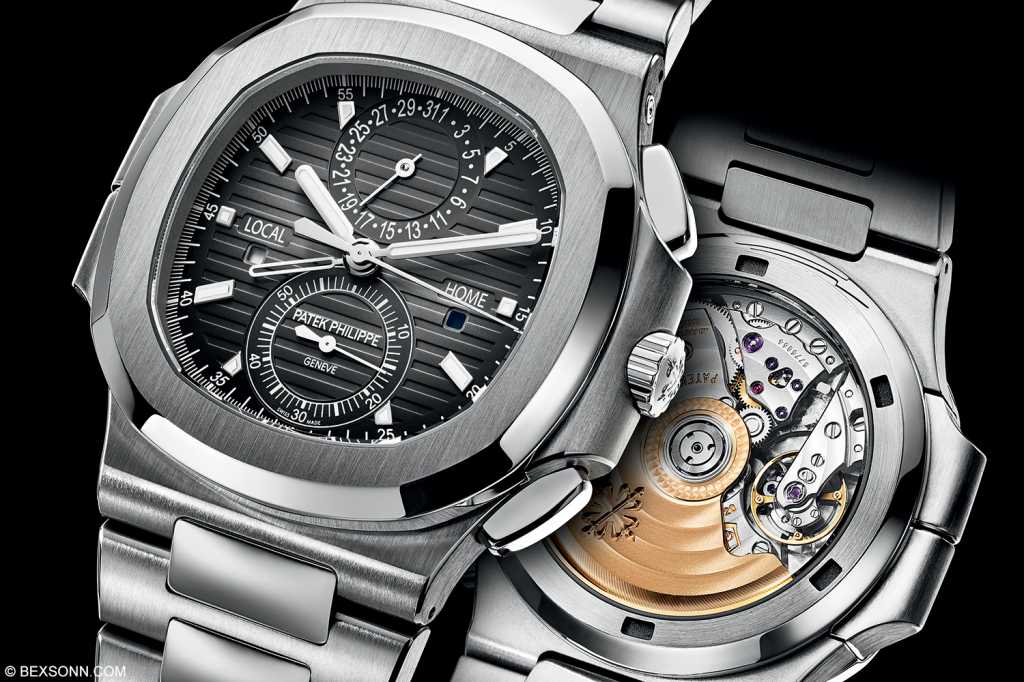 When you think about this new Nautilus Travel Time from Patek, you come to realise it was kind of inevitable but you just wouldn’t have seen it coming. Patek had already introduced the chronograph complication, among others, to the Nautilus a few years ago and had introduced the “FUS” module to the Aquanaut Travel Time. The calibre CH 28-520 C FUS base movement is still the same chronograph complication but with the addition of the “FUS” module atop. The chronograph mechanism utilises a traditional column wheel design with a disk clutch. The ingenious “FUS” device actually dates back to a patent granted to Patek in 1959. It facilitates bi-directional adjustments of the local time in hour increments. It is isolated from the going train when the time-zone settings are changed, which in turn prevents damage to the balance and helps stabilise the accuracy of the timepiece. Rightly so, the movement is made visible through the sapphire case back allowing you to see the heavy central unidirectional 21K gold automatic rotor. 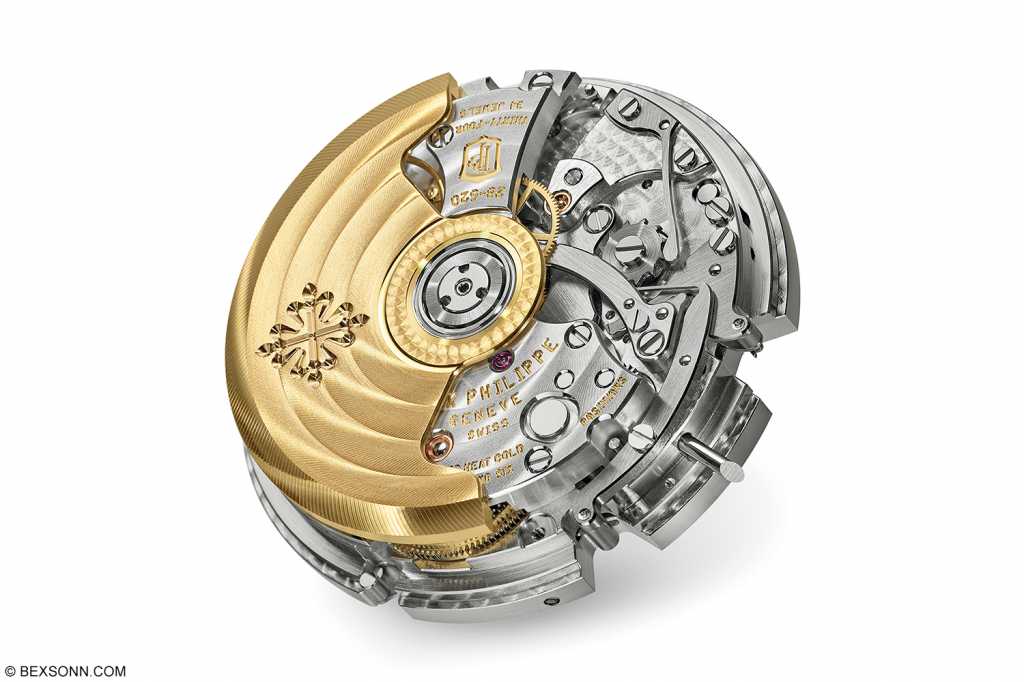 By and large, as mentioned before the new Nautilus Travel Time wouldn’t have been a timepiece many would’ve expected from Patek this year. Seeing the success of the Nautilus chronograph, Patek have only furthered the practicality of the Nautilus by adding a very modern and popular time zone function, not to mention the use of durable stainless steel and the superb and unquestionable build quality. Both fans of the Nautilus range and collectors alike will surely welcome this new Patek Philippe Time Travel that replaces the 5980/1A. 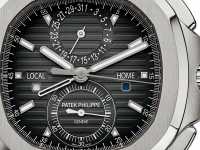 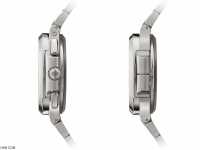 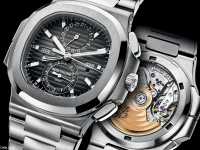 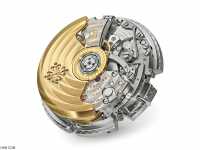 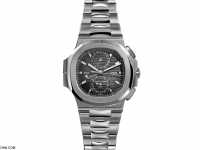