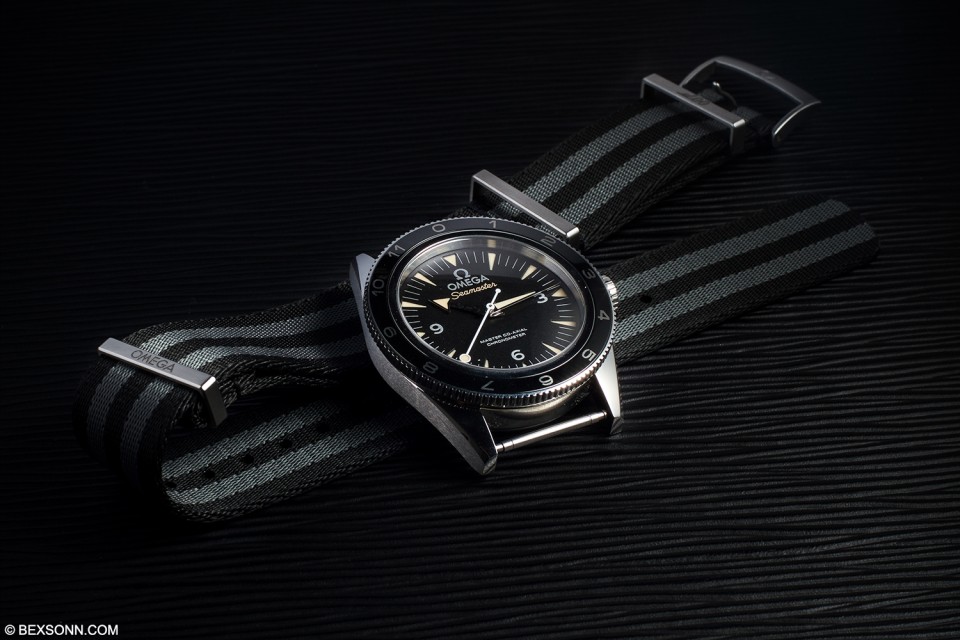 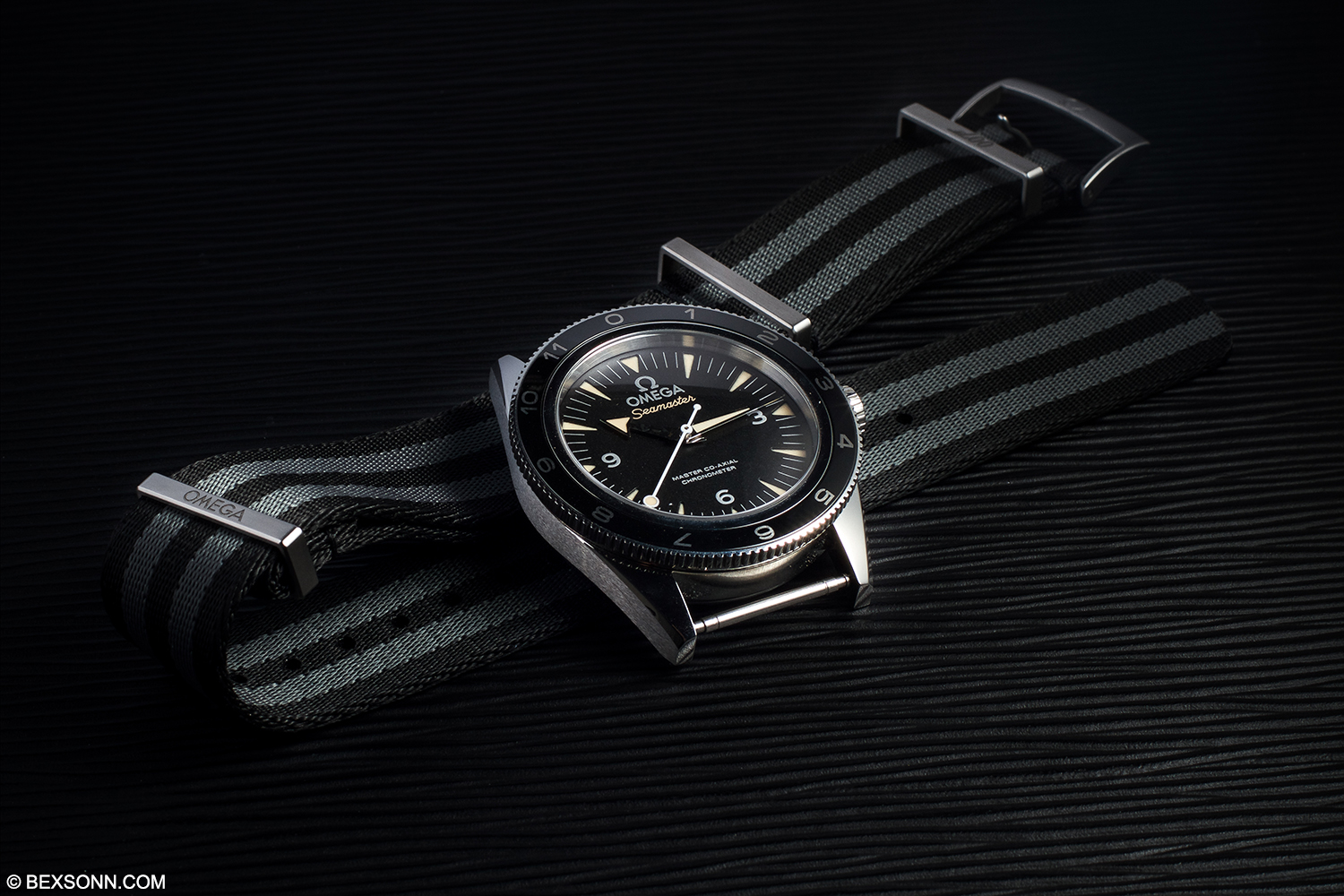 Omega Seamaster 300 Spectre: Last year, here at Bexsonn we reviewed the Omega Seamaster 300 Master Co-Axial and absolutely loved it. It was a great example of a manufacture reliving the past, while managing to uphold a sense of integrity and forward thinking. What Omega invariably produced was a watch that was stylistically vintage, but is powered by an absolutely modern and innovative movement. This year, Omega has released a new iteration for the new James Bond film, the Seamaster 300 Spectre, and we go hands-on.

NEW TO THE ‘SPECTRE’ SEAMASTER 300 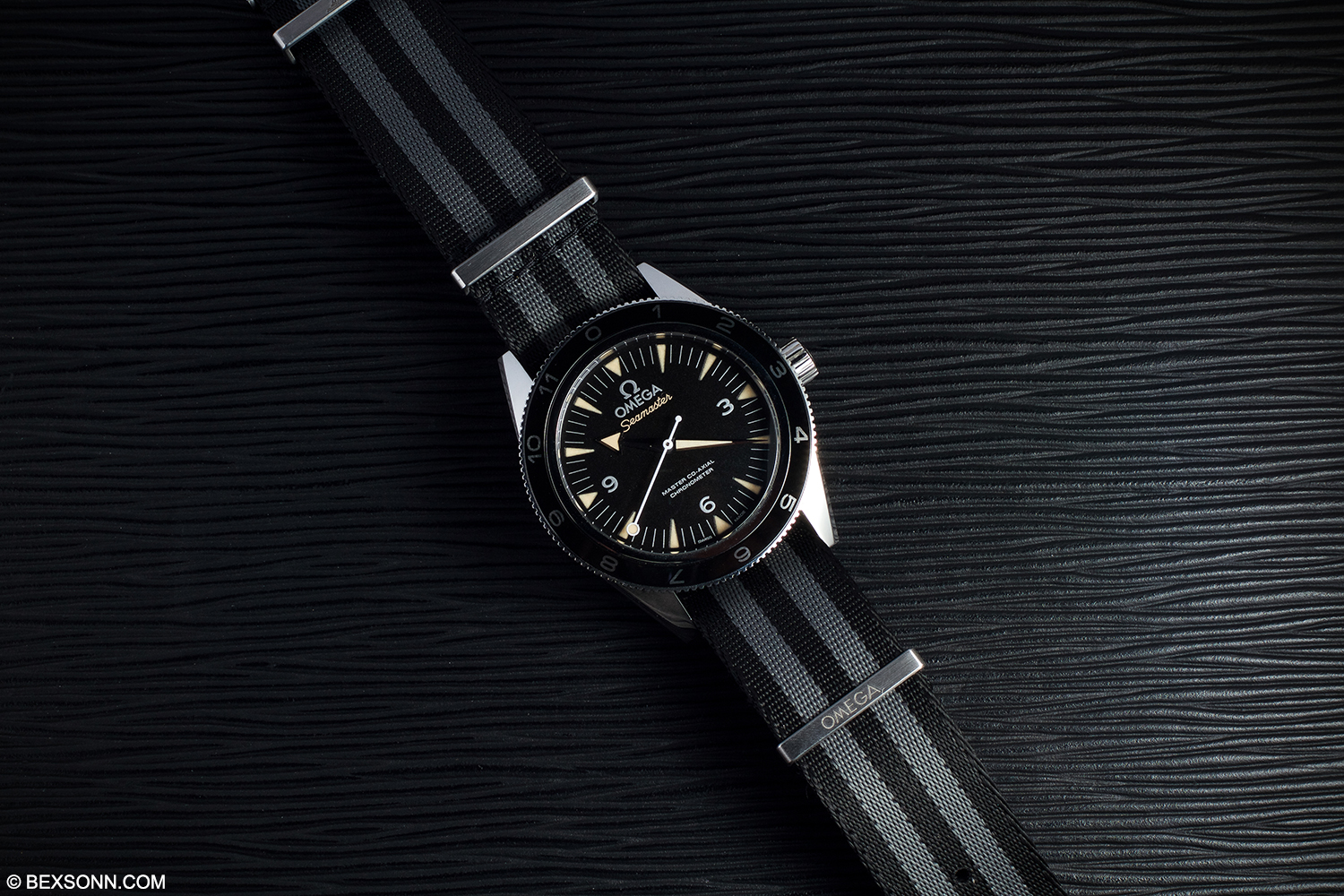 I suppose it would be appropriate to start by pointing out the differences between this special edition and the original. The dial- does not have a 12 o’clock number and instead the space has been taken up by an enlarged Omega logo. The hands, especially the seconds hand, features a charming and quirky nod to Omega’s vintage past with the use of a lollipop seconds hand. The bezel previously used a 60 minute marker, this has been replaced with a 12 hour scale and is now bi-directional, allowing for use as a second time-zone scale. The metal bracelet is gone, and instead the watch features a NATO strap, much more practical for the things 007 gets up to. I must say, the quality of this Omega strap exudes class; everything from the edges that don’t fray, the suppleness of the fabric despite it’s obvious strength and the buckles, really do feel impressive. I’ve become far too used to £10 NATO straps off the internet, and I must say my standards and expectations of how a NATO should be have now truly been corrupted. 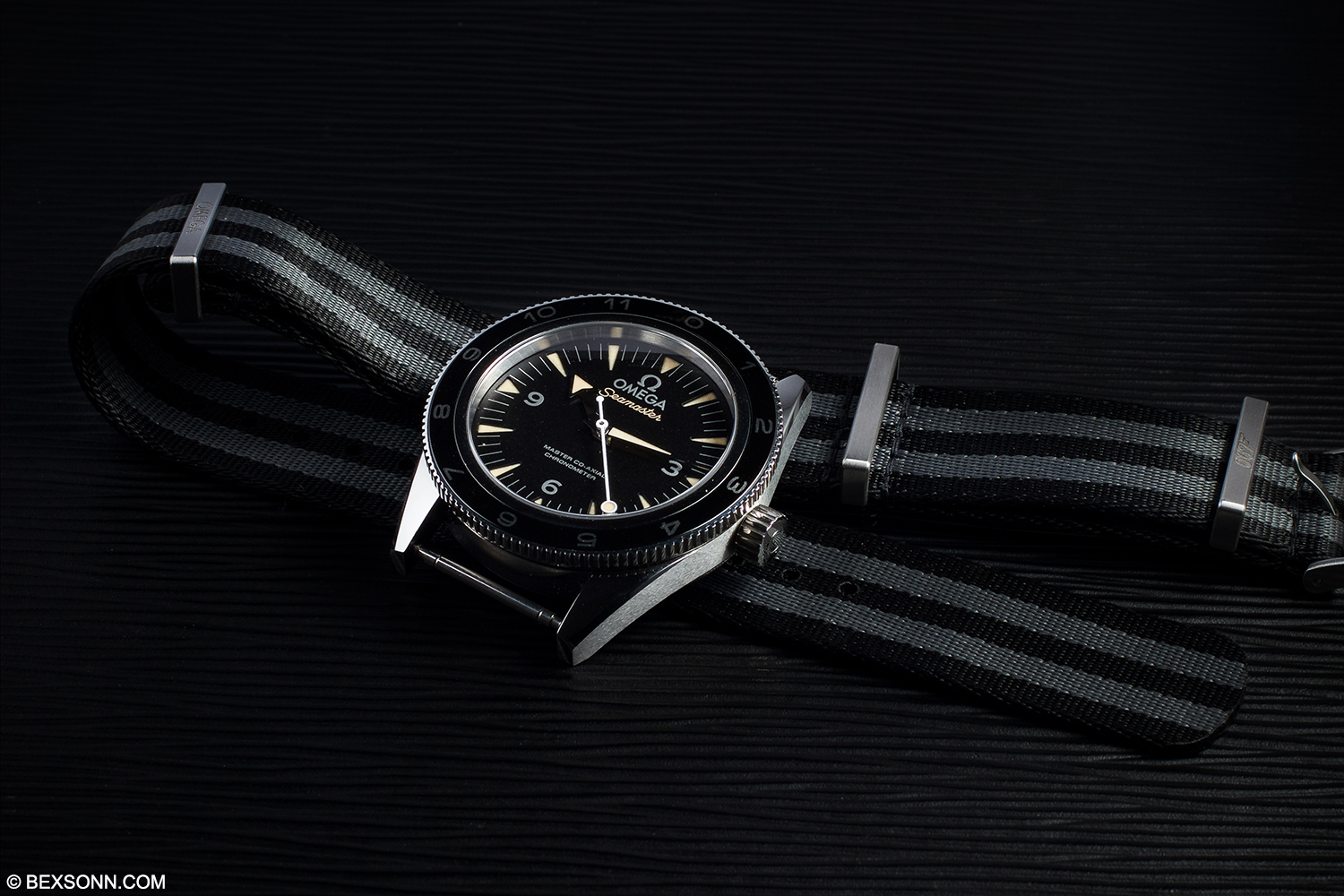 The Omega Seamaster 300 ‘Spectre’ is a limited edition watch with 7007 pieces produced. The case back features new text signifying that it is a James Bond Spectre watch but other than that, everything else remains the same. Only relatively minor changes were made overall, and I am very happy that the reference to Spectre is subtle and tasteful. 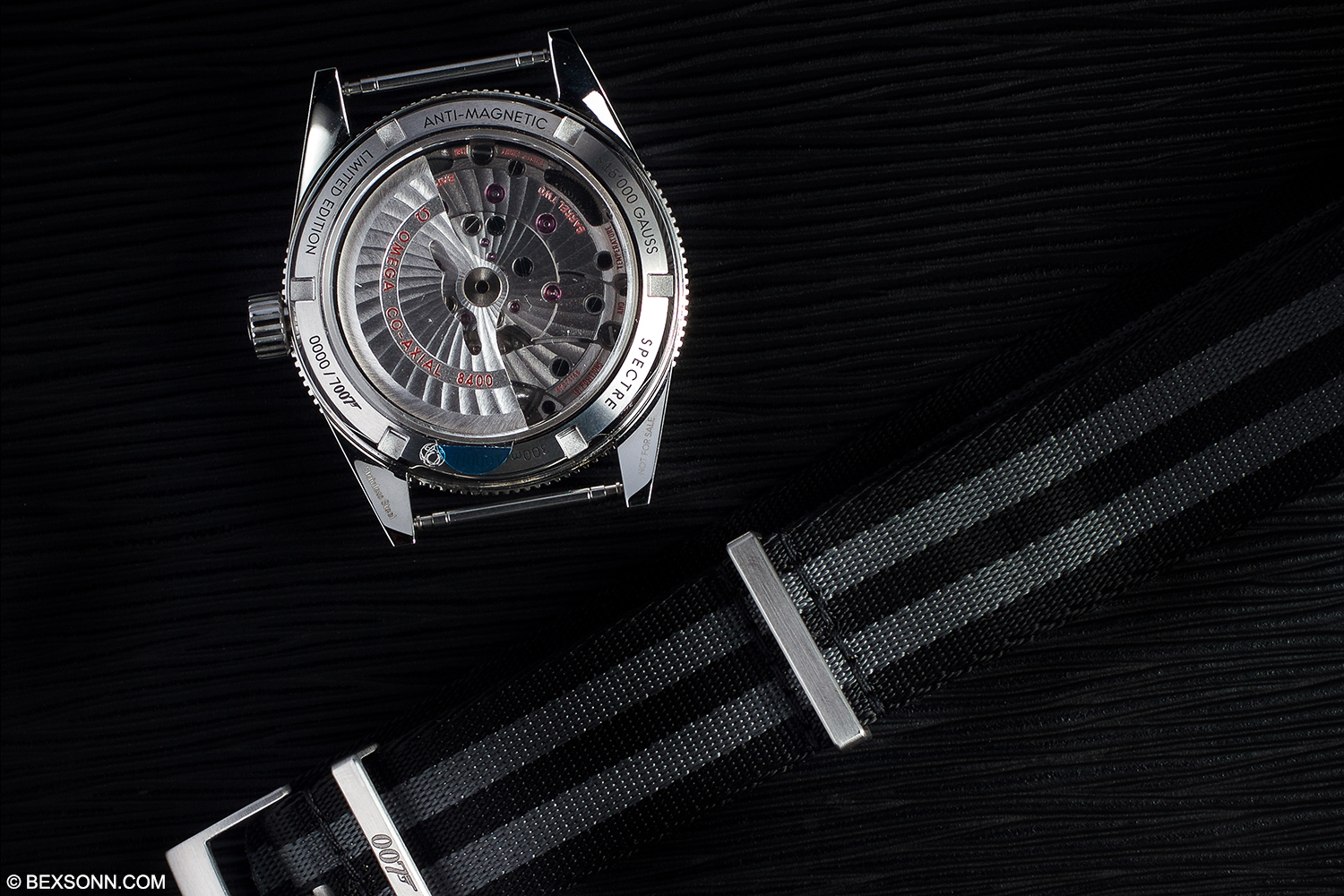 When I mentioned how impressed I was that Omega managed to balance a vintage feel with a modern drive, I was specifically referring to the movement. Exactly the same as the original Seamaster 300 Master Co-Axial, the calibre 8400 is perhaps one of the best automatic movements on the market today. With magnetic protection of up to 15,000 gauss, achieved through the use of silicon and other anti magnetic materials, it leaves a certain rival well and truly in the dust. Furthermore, my favourite part about this movement is the travel time function. The watch allows the user to move the hour hand independently without hacking the seconds, which results in easy changing of time zones and accurate time keeping when setting the time. When doing this through the crown in the 1st position, the tactility of the hour hand moving and the soft clicks as you turn the crown has a real quality feel to it. 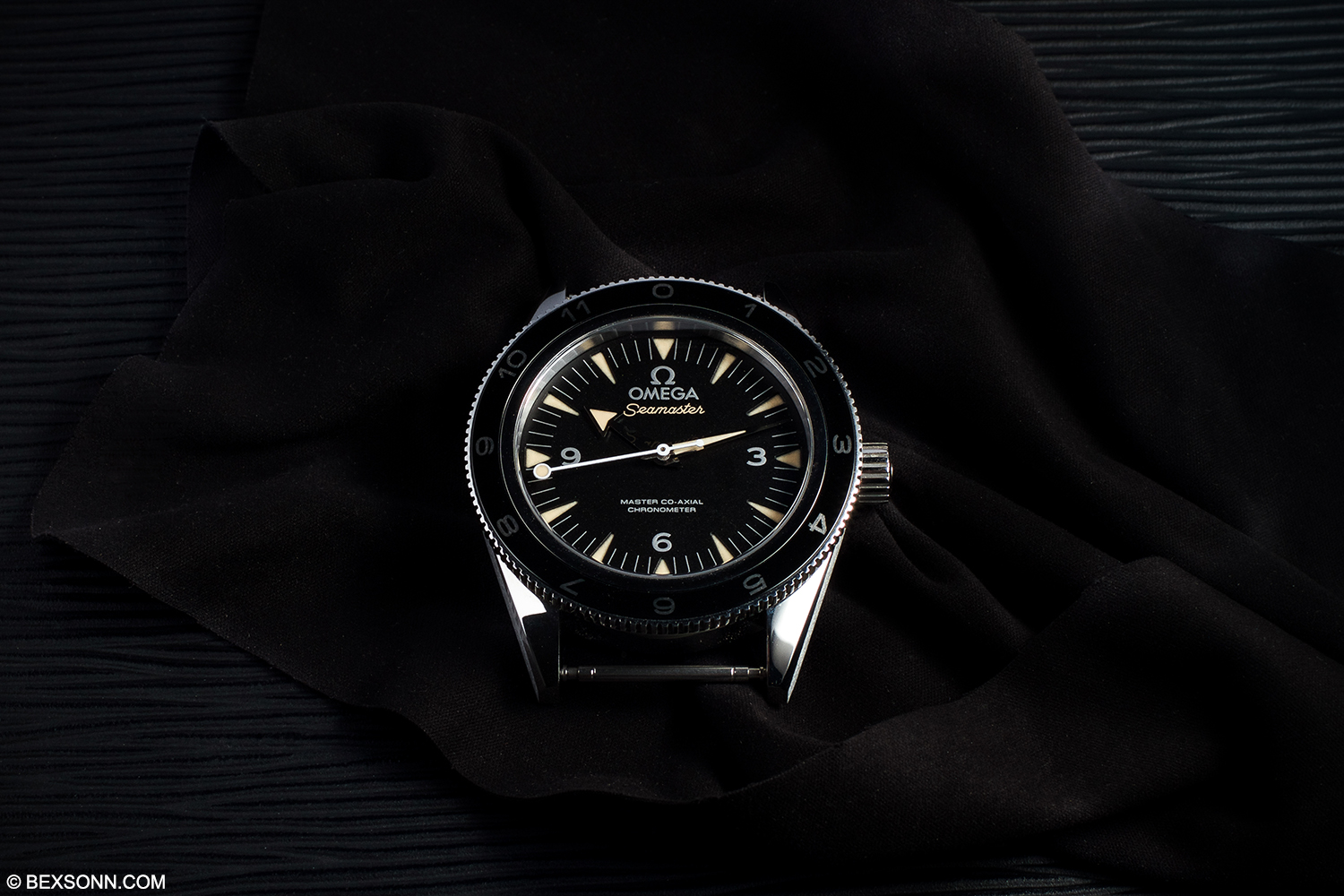 The case- sized at 41mm is right for a diver’s watch, but with the sapphire case back adding thickness to it, the heft was perhaps a little out of my comfort zone. That being said the strongly angular case and masculine bevels makes this watch very appropriate for Bond and while I may be nit-picking, I am certain plenty of others will love the thickness.

So then, seeing as this is a watch made for the enigmatic James Bond, does it make the cut? While for some of us, it may be hard to let go of Bond’s early association with Rolex, it is important to at least consider its contenders. For me, I have never been a fan of the past Seamasters that Bond used, as I always found them inelegant and clunky. Moreover, they always had garish inscriptions of 007 or some reference to the film. During those times, I certainly pined after the days of Bond with his 6538 or 5513 Submariner, but with this new release, I’m not so sure my feelings remain the same. The masculinity of the case and the vintage throwback certainly fits the Bond persona. The inscription free dial and use of a NATO further reaffirms this. On a more philosophical level, Omega’s emphasis on combining their heritage with their technological advancements certainly mirrors the man himself. James Bond, traditional and classical yet one who adapts and is always equipped with the best from Q, this is certainly a fitting watch for the international man of mystery. 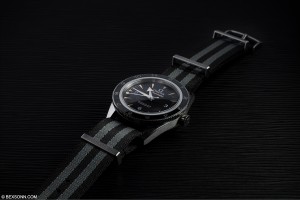 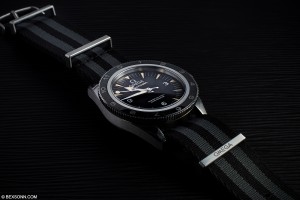 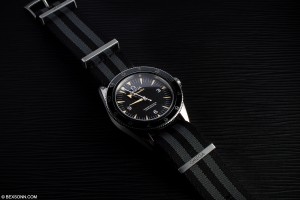 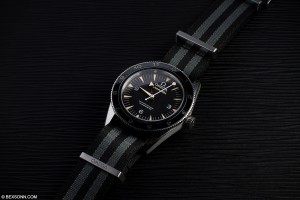 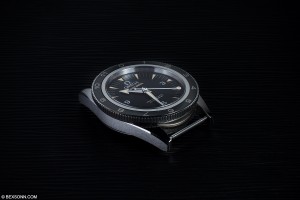 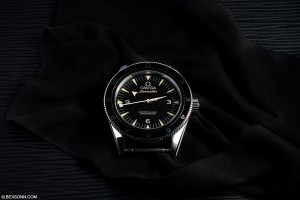 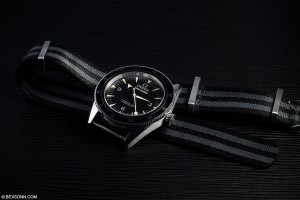 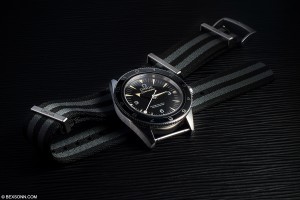 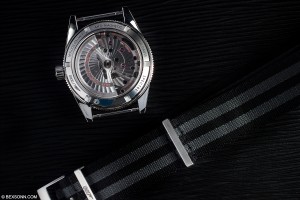 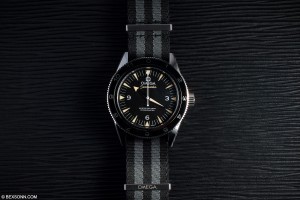 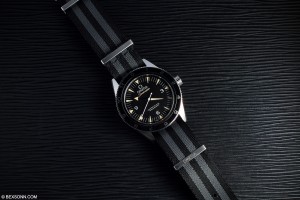 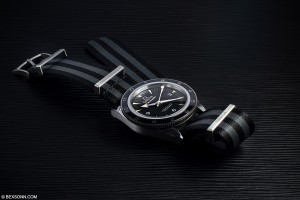 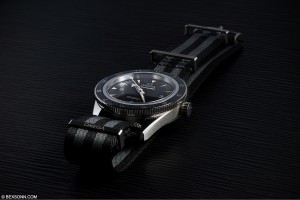 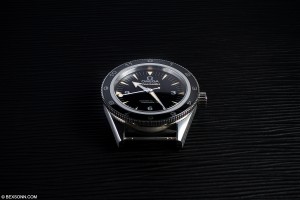