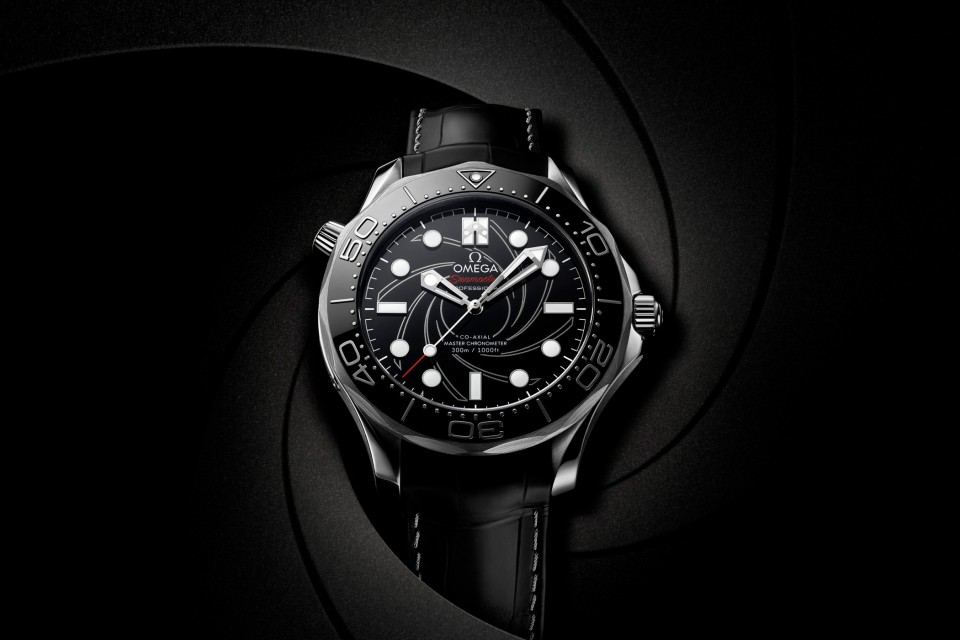 Over the last few years Omega have spoilt us with some gems from yesteryear and they have continued this trend this year too with the Speedmaster Calibre 321: a modern take on the revered Ed White. But perhaps one piece we didn’t quite expect was a new 007 Seamaster Diver 300, a watch that became synonymous with secret British MI6 007 agent, James Bond. I fondly remember first seeing the Diver 300 on the wrist of the then James Bond actor, Pierce Brosnan, in Golden Eye. When friend turned foe, actor Sean Bean, who plays Alec Trevelyan asks for his watch and notices the fact James’ watch is the newer version to his in the closing scenes.

Since 1993, the Seamaster Professional Diver 300M has enjoyed quite the following, perhaps even more so than the revered Speedmaster. Loved for its design and ocean technology, the original timepiece signalled Omega’s triumphant return to the world of diving watches and also ignited the brand’s long-standing partnership with James Bond. In keeping with that legacy, OMEGA has now delivered a brand new Seamaster Diver 300M James Bond Numbered Edition, offering plenty of high-tech details for 007 fans to enjoy.

This new Seamaster Diver 300M 007 Edition features a 42 mm case that has been entirely crafted from platinum-gold, with a platinum-gold plate on the case band that has been engraved with each numbered edition. As you’ll likely know precious metals such as platinum and gold are quite weighty, which is rather fitting, considering the fact this piece has been made for the 50th anniversary of the James Bond film On Her Majesty’s Secret Service. However, there is a more specific nod to this on the dial itself.

The iconic diving bezel unlike the standard SM300 is made from black ceramic and has a diving scale formed out of platinum in a positive relief. For the dial, Omega have chosen to go with a black enamel dial, which has been given a spiralling gun barrel design in 18K white gold. Additionally, as part of the Omega James Bond collection that was launched last year, this watch also includes a hidden number 50 within the Super-LumiNova of the 10 o’clock index – a reference to the 50th anniversary as already mentioned. Elsewhere on the dial, you can find a 007 logo at 7 o’clock on the white enamel minute track, as well as 18K white gold features, including the hands, indexes and Bond family coat-of-arms at 12 o’clock.

Turning the watch over reveals a second Bond family coat-of-arms, which has been laser-engraved and filled with platinum on the sapphire crystal caseback. Too add to the overall effect Omega have chosen to finish this engraving by hand. Through the glass, you’ll be afforded a glimpse of the Omega Co-Axial Master Chronometer Calibre 8807 – certified at the highest standards of precision, chronometric performance and magnetic resistance. For anyone lucky enough to obtain this new Seamaster 300M James Bond Numbered Edition, it will come with a Globe-Trotter™ suitcase, bound by NATO-inspired straps and inside is an additional black rubber strap.