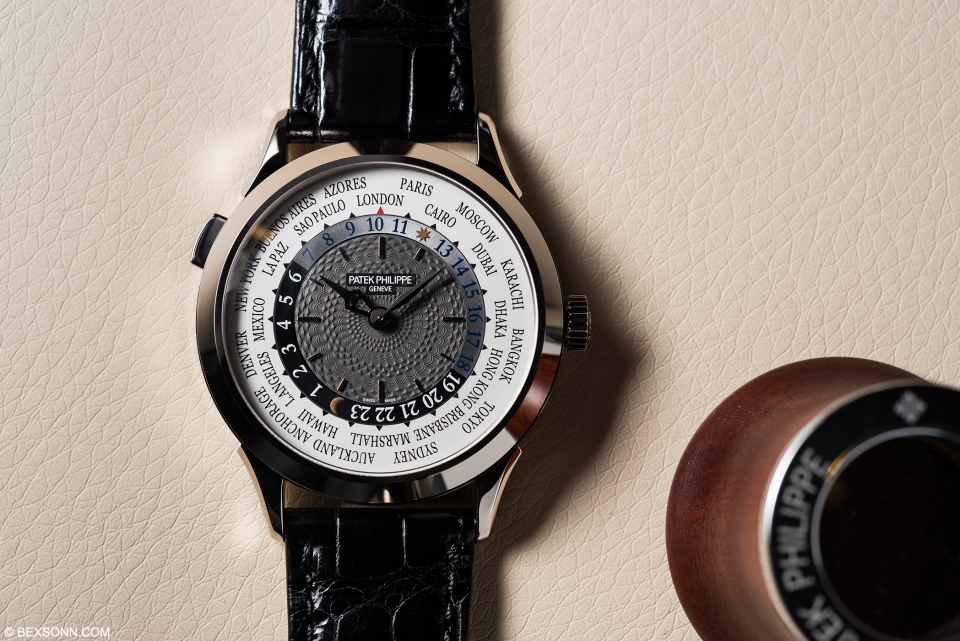 If there is a complication in a mechanical watch that best suits a modern lifestyle, it would certainly have to be the one that displays multiple time zones. Sure, a chronograph is architecturally beautiful in its movement with an engaging tactility that makes it so well-loved, but in terms of practicality in today’s world, I would say that for me, it would have to be the former that takes top prize. Today, we take a look at one of the most famous timezone watches, the Patek Philippe World Time, specifically the newly released Ref. 5230.

As it has become increasingly easy and necessary to fly through different time zones, it is no coincidence that the Patek Philippe World Time range has become one of the manufacture’s most popular models. This was not always the case as there were not many vintage World Time watches made by Patek Philippe in the last century. Models such as the Ref. 2523 and Ref. 1415 HU were made is such scarce quantities that today they are some of the most valuable and collectible vintage Patek Philippe pieces. 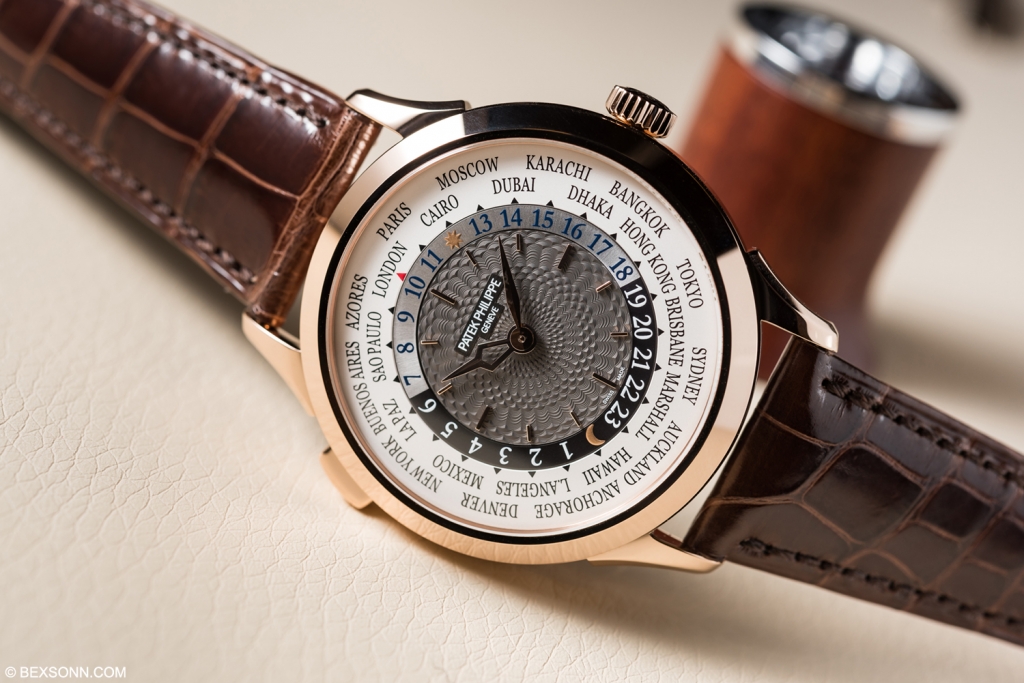 So for 2016, Patek Philippe reworked the range in the form of the Ref. 5230, maintaining a lot of its fundamental qualities from its predecessors with updates to its stylistic design. First of all, going through what remained the same, was of course the Louis Cottier method of displaying all the time zones in 24 cities. By pressing the pusher at 10 o’clock, the user is able to switch time zones through jumping hour hands and rotating concentric discs on the dial, displaying both the home time and the current time zone. The movement, the manufacture’s in house calibre 240 HU, is an ultra thin self-winding movement with a 22k micro rotor contributing to its slim profile. It was in my opinion a good call not to change the movement as it follows the age-old phrase “If it ain’t broke, don’t fix it”. With a tolerance of -3 to +2 seconds a day, it is pretty much as good as it gets for mechanical time keeping and with its time zone automatic winding systems, it is so easy to use and read. The balance of hierarchical information on the dial works very well. Top this off with the excellent finishing as expected and what you have is a well decorated, functional and practical movement. 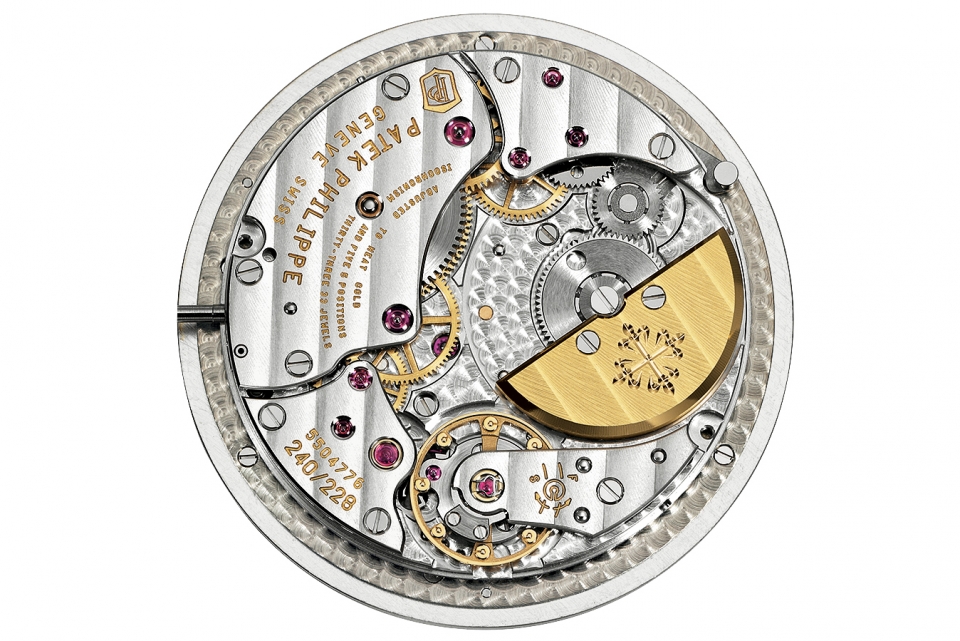 As mentioned for the Ref. 5230, the major change is what you see on the outside. Available in Rose or White gold, the 38.5mm Calatrava shaped case is bolder in design with angular winglet style lugs and a narrow polished bezel. The hands have changed too, now with a stylised pierced hour hand representative of the Southern Cross constellation and an elongated rhombus shaped hour hand. 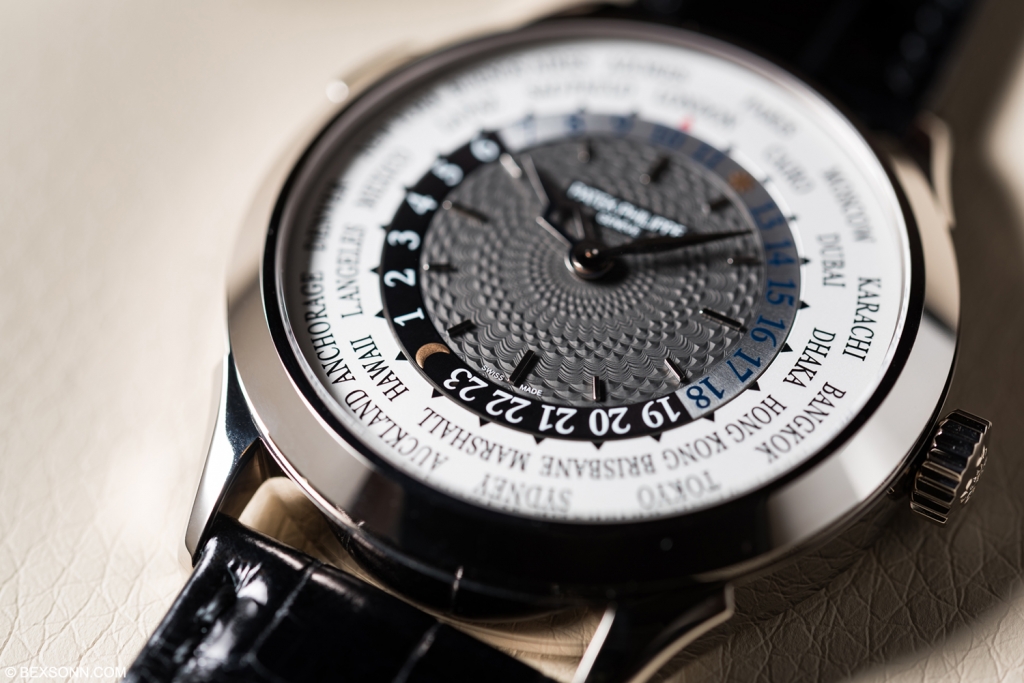 Always present at the central disc of Patek Philippe World Time watches are either enamelled artworks or more traditionally for the entry-level versions are guilloched patterns. For the Ref. 5230, Patek showed a filigreed woven design, a hand guilloched pattern which drew inspiration from an old pocket watch found at their museum. It is a lot more striking than its predecessors and follows suit with the largely angular design cues that is seen in the overall design of the watch. What is interesting is that Patek Philippe has maintained 100-year-old plus, manually controlled rose engine that very likely did the guilloche for the very pocket watch that they drew inspiration from. Talk about direct lineage and traceability. 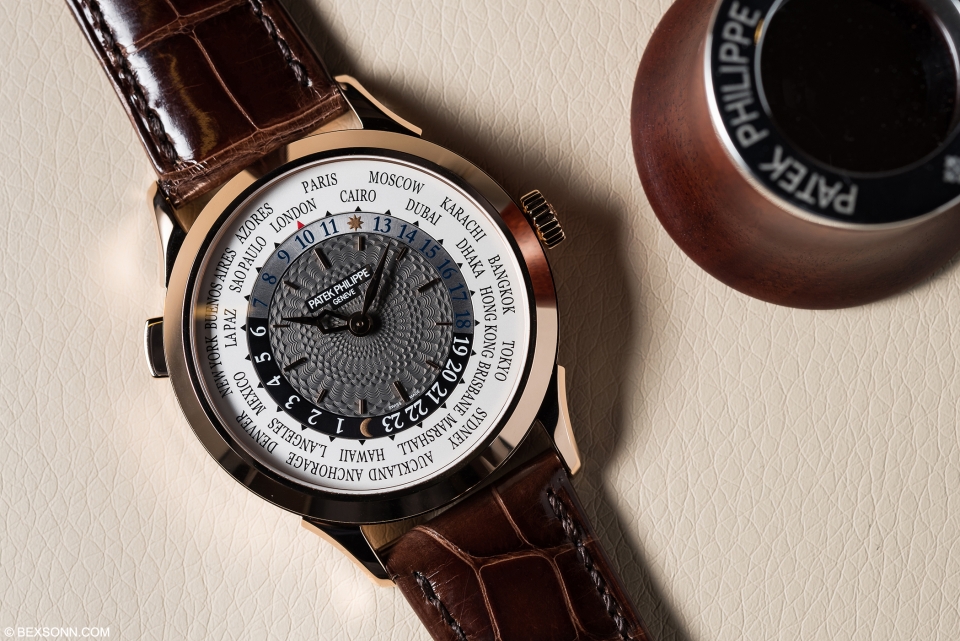 This newly designed Patek Philippe Ref. 5230 is certainly representative of a new era of the manufacture, as is a lot of this years offerings at Basel, slowly beginning when Thierry Stern took over from his father in 2010. The signs were first seen perhaps with last years most talked about Pilot’s watch and the change has come full circle, with bolder contemporary designs more distant from the elegant and discreet days of Philippe Stern. Not to say of course that it is entirely gone, with a certain updated 32mm split seconds released this year showing that the evolution of Patek is one that is gradual and not abrupt. I am still undecided whether I like this new design direction, as perhaps it is human nature that I am averse to change. Subjective tastes aside while I prefer its predecessor, what you do get in the Ref. 5230 is a watch with great functionality that will definitely excite a large amount of collectors and so for that I can’t fault Patek too much.

The Patek Philippe World Time ref. 5230 is available in both rose and white-gold, and is priced at £31,320. For more information, visit the official Patek Philippe website. 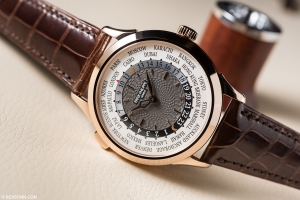 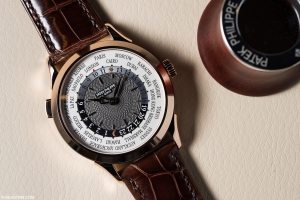 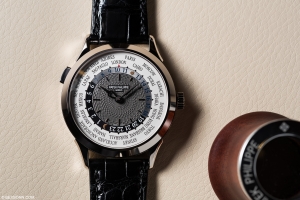 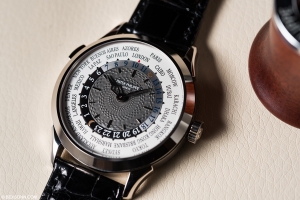 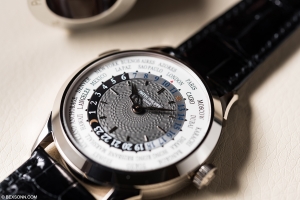 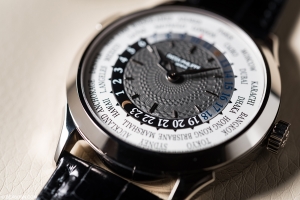 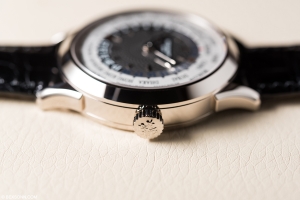 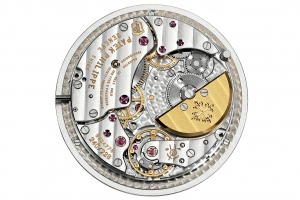 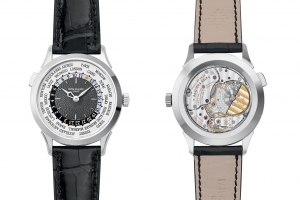