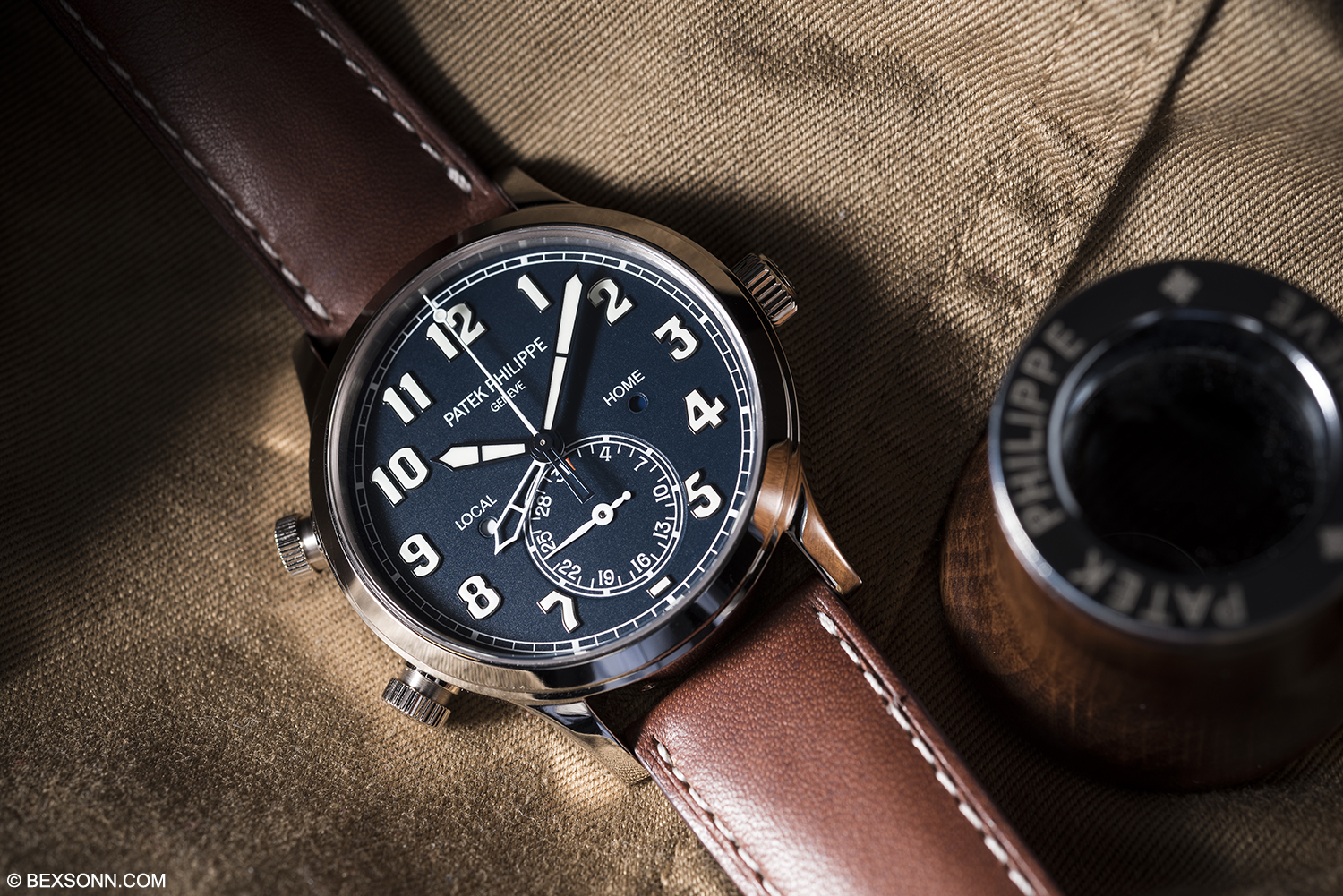 Patek Philippe Calatrava Pilot Travel Time: Every year, during Baselworld, there are always one or two watches that enthusiasts, collectors and people like myself are captivated by – regardless of whether those reasons are good or bad. As you can already guess, this year was no different but the brand that introduced this off-piste timepiece was none other than Patek Philippe. When it comes to new releases, Patek tend to stick to what they know best: well-crafted, elegant timepieces. However, this year they introduced a pilot’s watch, albeit with the expected Patek aura. 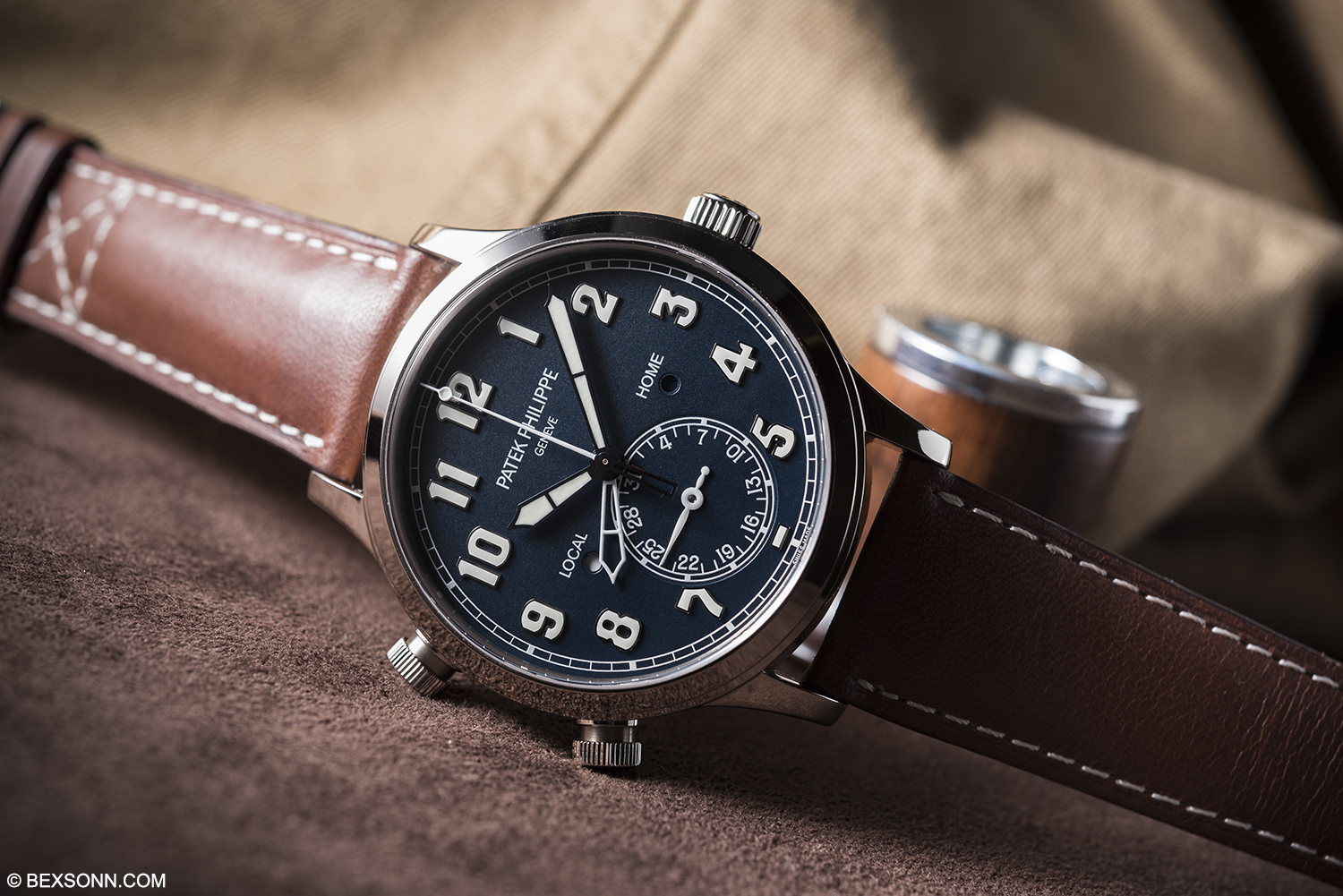 The Calatrava Pilot Travel Time is a very bold timepiece from Patek; with its brutish yet sophisticated looks, it is what I would call a definite conversation piece. Why? Well, because you just would never have seen this coming from the likes of Patek Philippe. This very masculine timepiece augments the venerable Calatrava line and carries with it another element absent from the range: the Travel Time function. Before I get into my thoughts of arguably the most controversial and talked about timepiece thus far this year, let’s look at some of the spec on said timepiece. 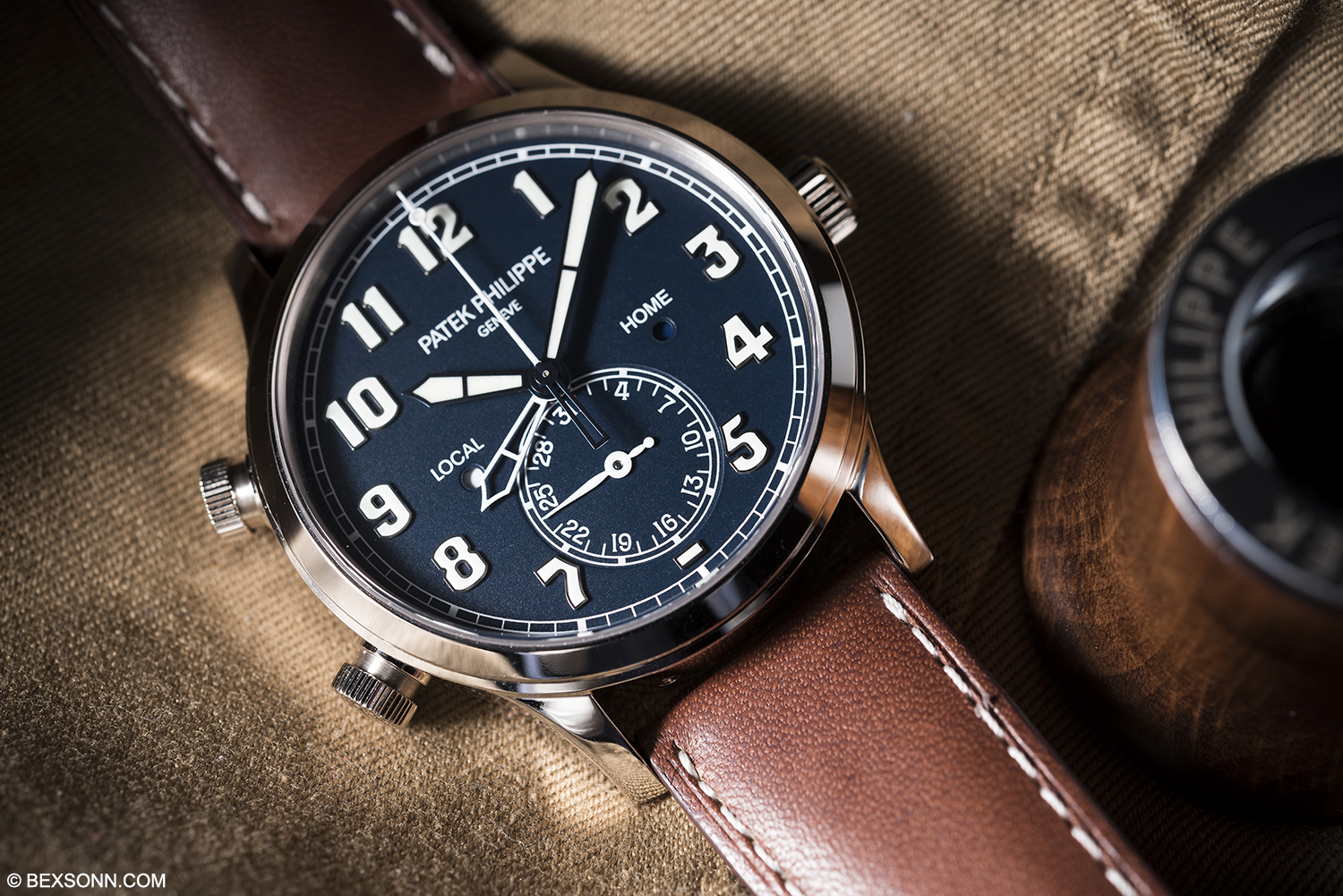 The Travel Time function is none to unusual, we saw it utilised at Basel 2014 by Patek in the new Nautilus Travel Time Chronograph 5990/1A, we have also seen it in the Aquanaut Travel Time 5164A. The new Calatrava Pilot Travel Time utilises the base movement self-winding calibre CH-324-SC atop the FUS – Travel Time mechanism. A rather ingenious movement, operated by the two screw-down pushers on the side of the case, when the local-time hour hand is moved forward or backward in one-hour increments, an isolator uncouples the time-zone mechanism from the going train. This prevents the degradation of the amplitude of the balance and allows it to continue oscillating at a regular rate. Also incorporated into this calibre is an analogue date function, as well as day/night indicators. 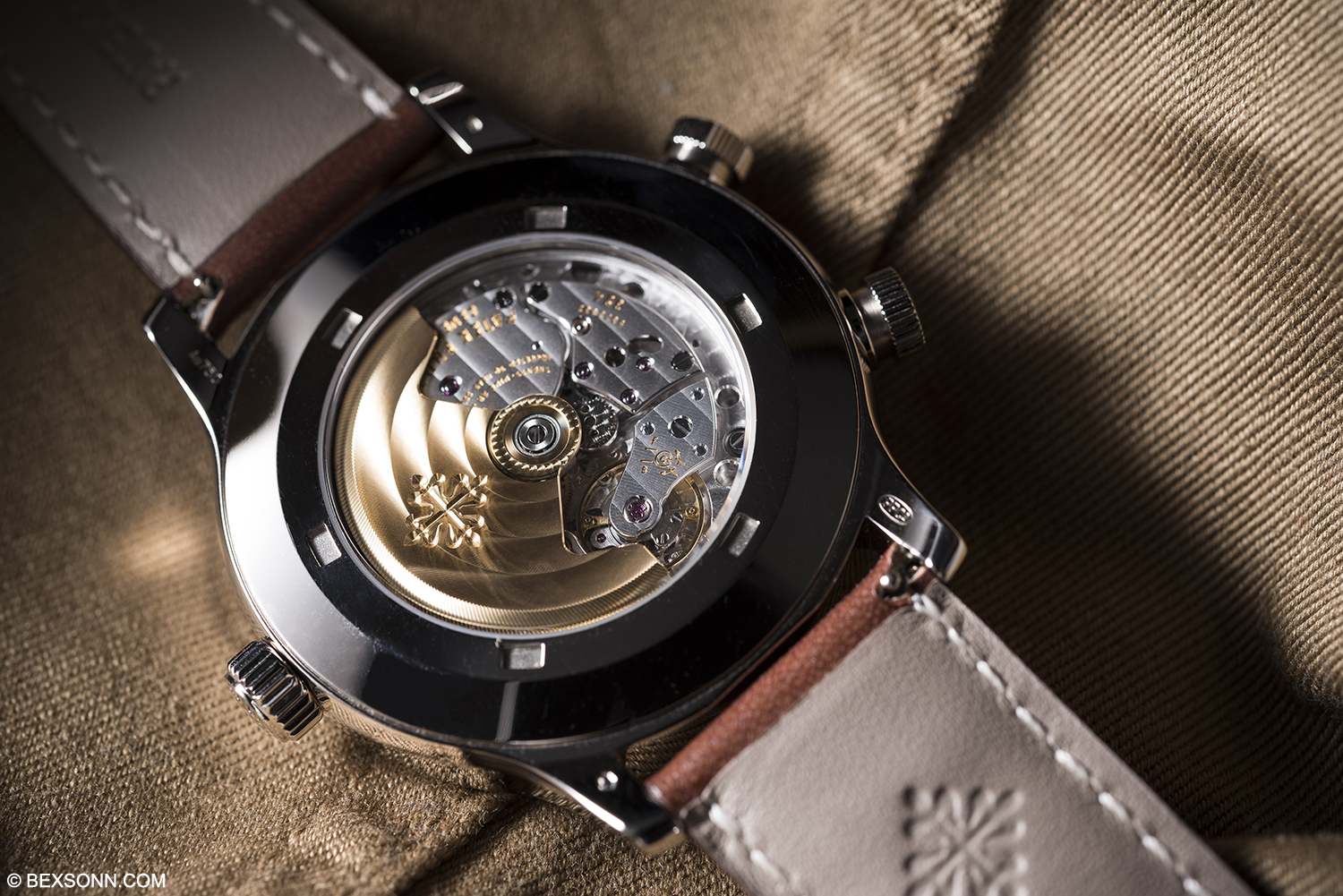 Turning the ref. 5524 over the sapphire-crystal display back reveals beautiful details such as the chamfered bridges with Geneva striping, the circular-grained 21-carat gold rotor with perlage in the centre, snailed flanks, and of course the Calatrava cross. As with all their manufacture movements, Patek assure high dependability as well as the rate accuracy tolerance of -3/+2 seconds per day as specified by their mark of excellence, the Patek Philippe Seal. 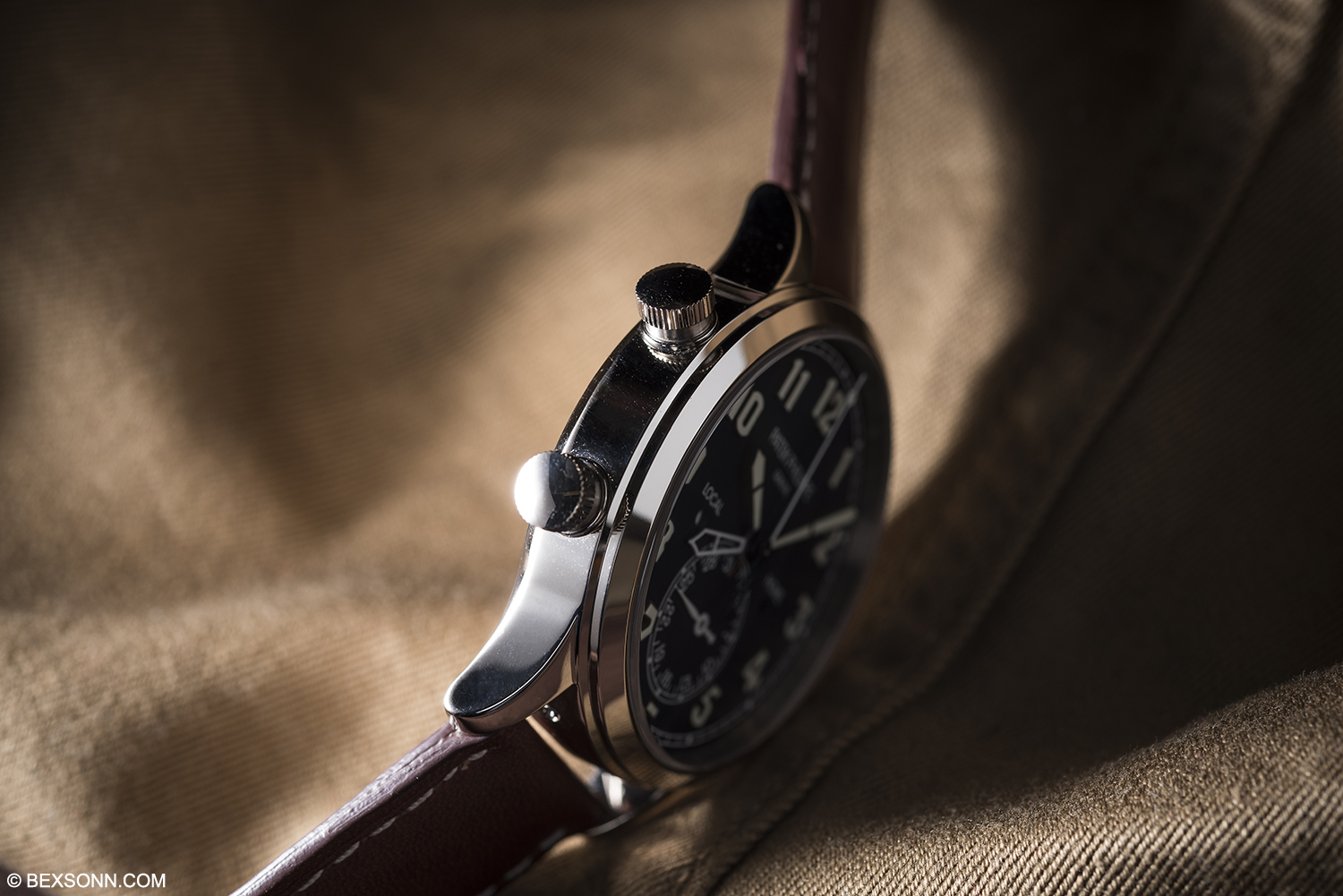 The case on the Calatrava Pilot Travel Time measures an extremely wearable 42mm. The white-gold Calatrava style case is flat and slightly inclined; the case band merges elegantly with the lugs that secure the strap bars. The crown and the fluted two time-zone pushers at 8 (+1h) and 10 o’clock (-1h) add a technical element that suits the design of this timepiece. 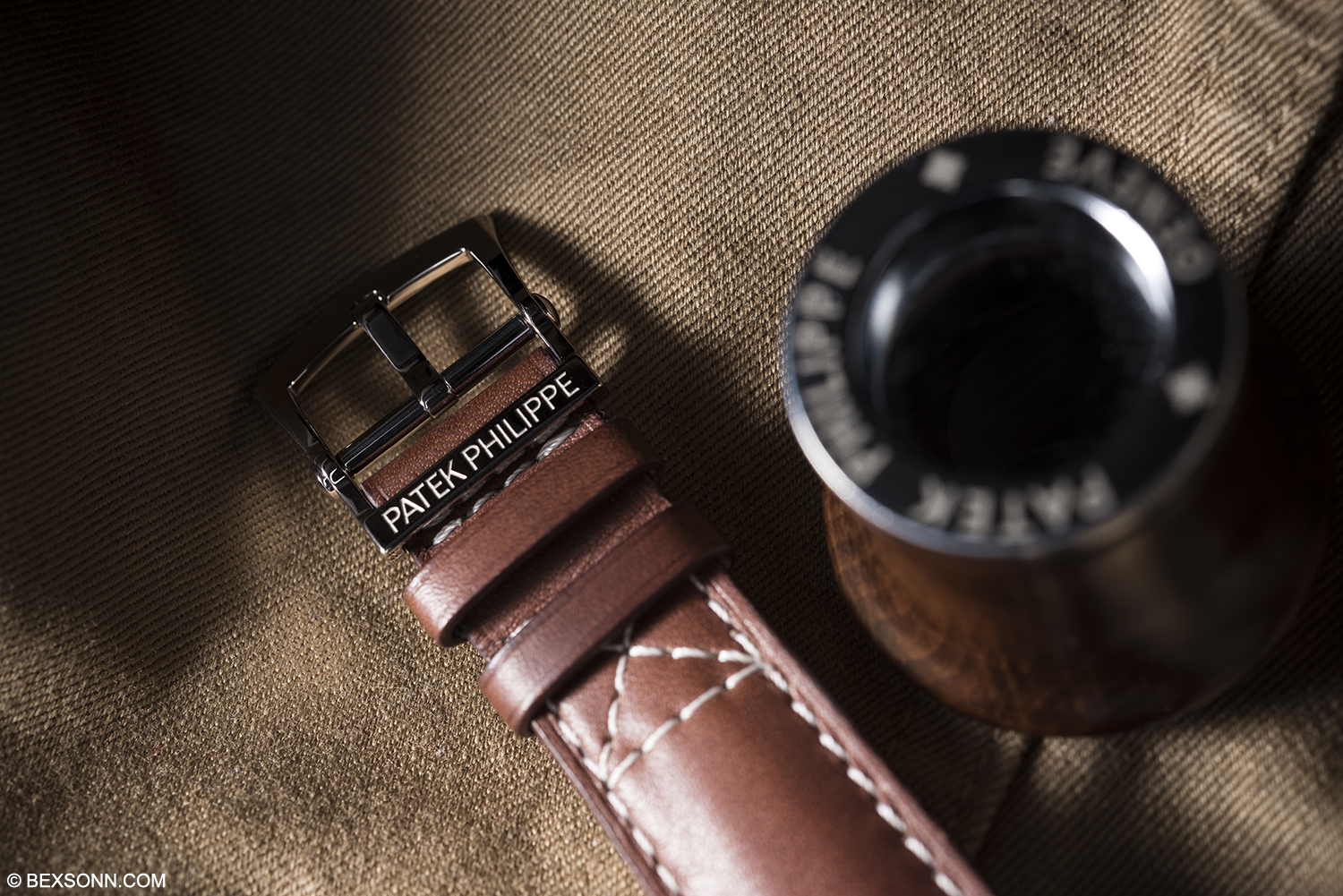 Additionally, the time-zone pushers are equipped with a patent-pending safety lock that prevents unintended adjustments of the local time setting. Before they can be operated, the pushers must be released with a quarter turn and then locked again with a twist in the opposite direction. The case has been perfectly paired on vintage brown calfskin with contrasting topstitching and white-gold clevis prong buckle, akin to aviator apparel of yesteryear. 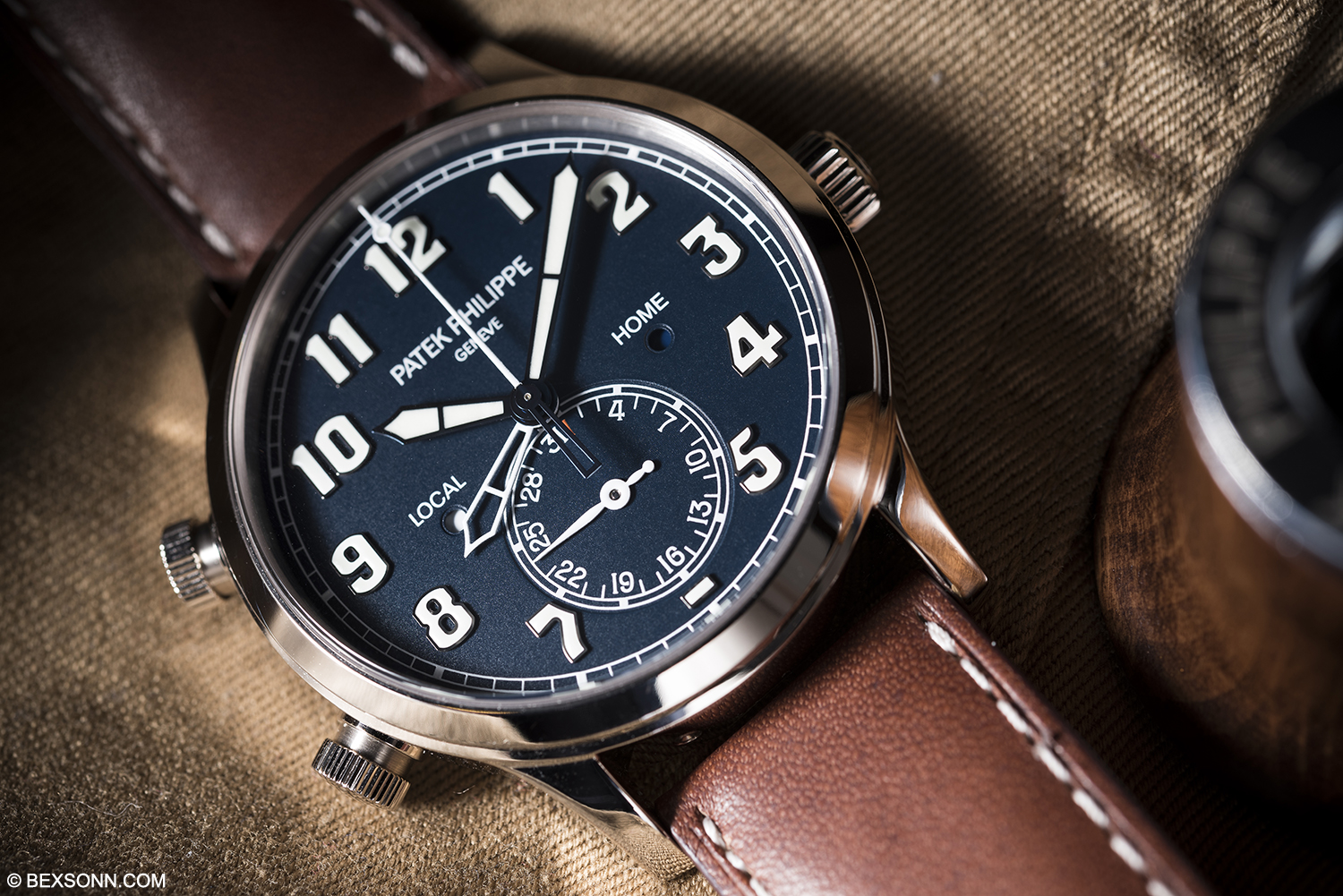 The dial of the 5524 is more intriguing than it would have you believe. At first glance you’d be mistaken for thinking the dial is black but it is in fact lacquered dark navy blue that has a matte look about it. The dial features large applied Arabic numerals in white gold, a white outer railroad style minute markers and broad baton-style steel hands with Superluminova coating. In the typical Travel Time style, which as mentioned we’ve seen in the 5990 and 5164, the home-time hour hand is skeletonised and remains discreetly in the background. It is hidden beneath the prominent local-time hour hand assuming local and home times are identical. At 9 o’clock and at 3 are separate day/night indicators that are assigned to both time zones and an analogue date at 6 o’clock, which displays the date in 3-day increments. 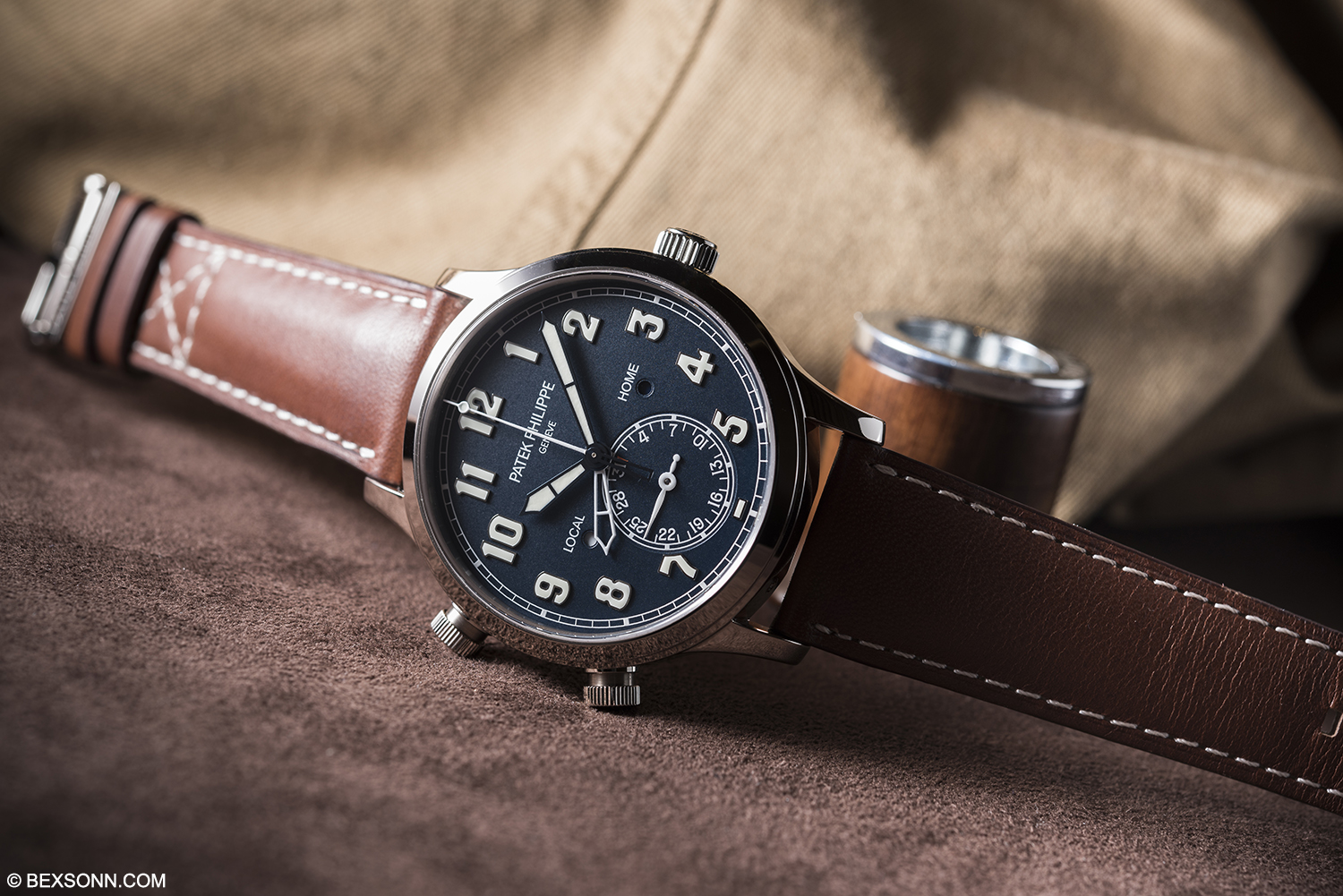 The Patek Philippe Calatrava Pilot Travel Time, was arguably the most talked about timepiece from this year’s Baselworld watch fair but not all comments received were full of admiration. There seem to be three camps on this particular timepiece. There are those that think it is utterly pointless and those who think it is a stroke of genius, and then there are those who think it’s daring and bold but could’ve been executed better. Personally, I’m in the latter. I think that Patek have brought a timepiece to the market that nobody expected and for that it will be sought after but in my personal opinion, I just think Patek could’ve been a bit more adventurous and delve into the archives. Firstly, I think the timepiece should’ve been made in stainless steel and you’ve seen me mention why from previous articles I’ve written here. Secondly, I know that Patek have little historical connection to pilots’ timepieces but I honestly wish they had taken more design cues from these prototype beauties you see below – even though they never went into production, this I believe would’ve made all camps happy. 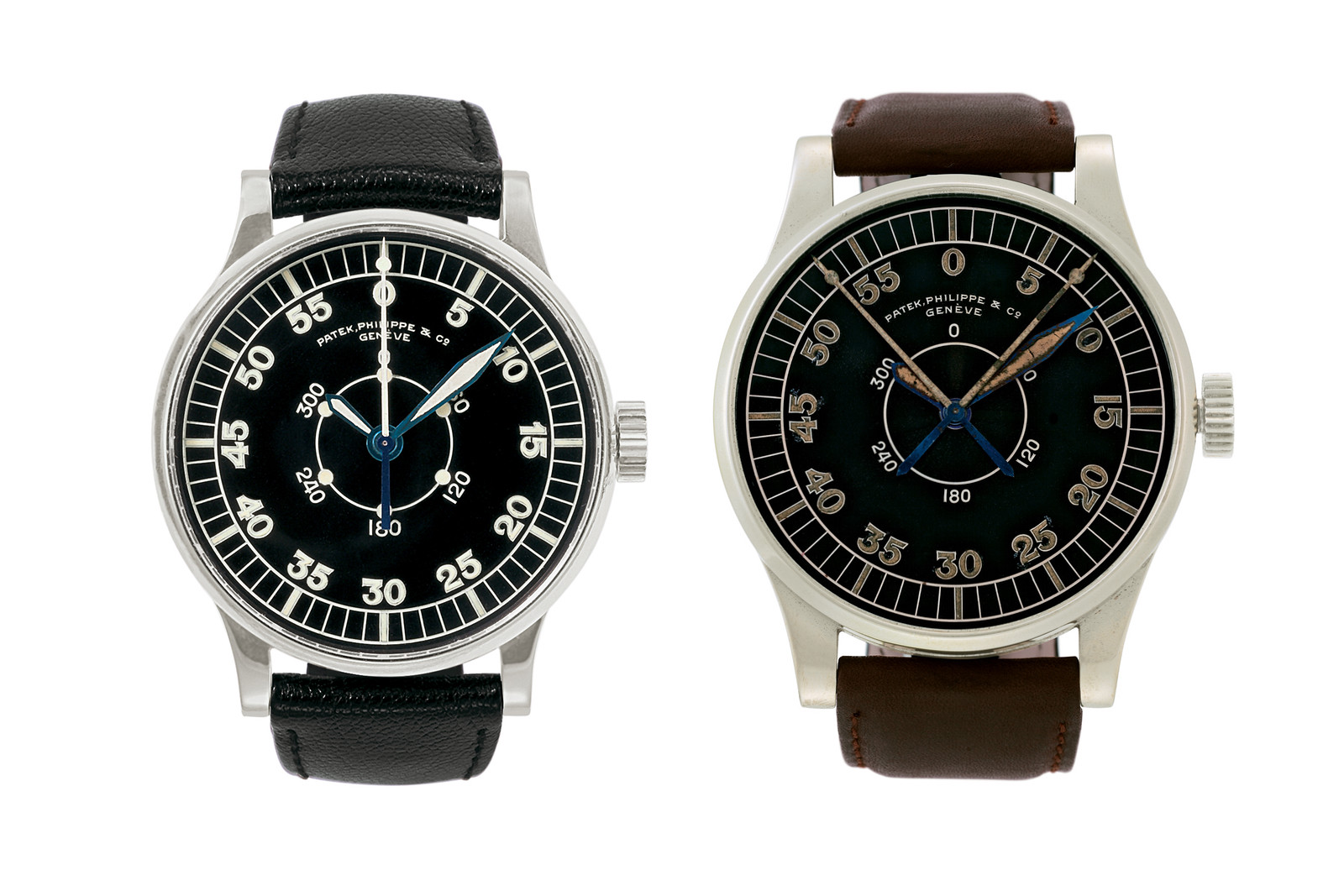 But it must be said, I still think the 5524 has evoked the design, albeit not Patek’s, from the 1920s pilots timepieces from that era and in all honesty Patek don’t need to satisfy everyone. Love it or hate it, surely they must be commended for this timepiece? The Patek Philippe Calatrava Pilot Travel Time brings to mind a quote I’ve seen before – “I’d rather be someone’s glass of whisky than everybody’s cup of tea.” – Which I think sums up this timepiece perfectly. 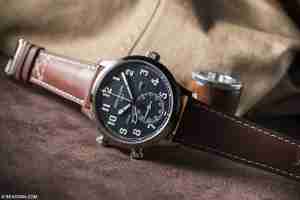 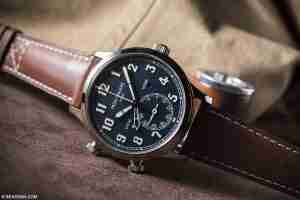 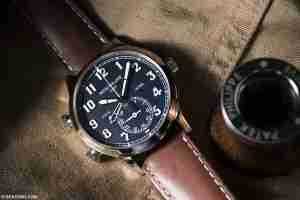 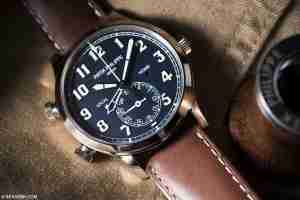 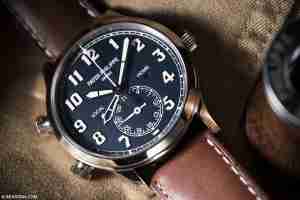 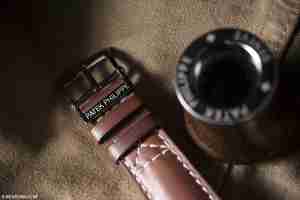 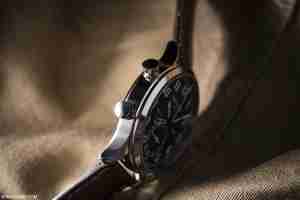 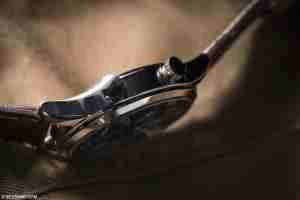 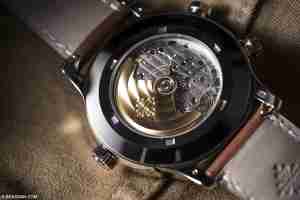 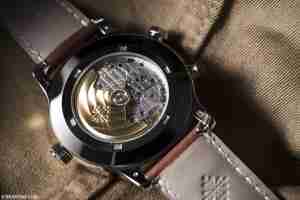