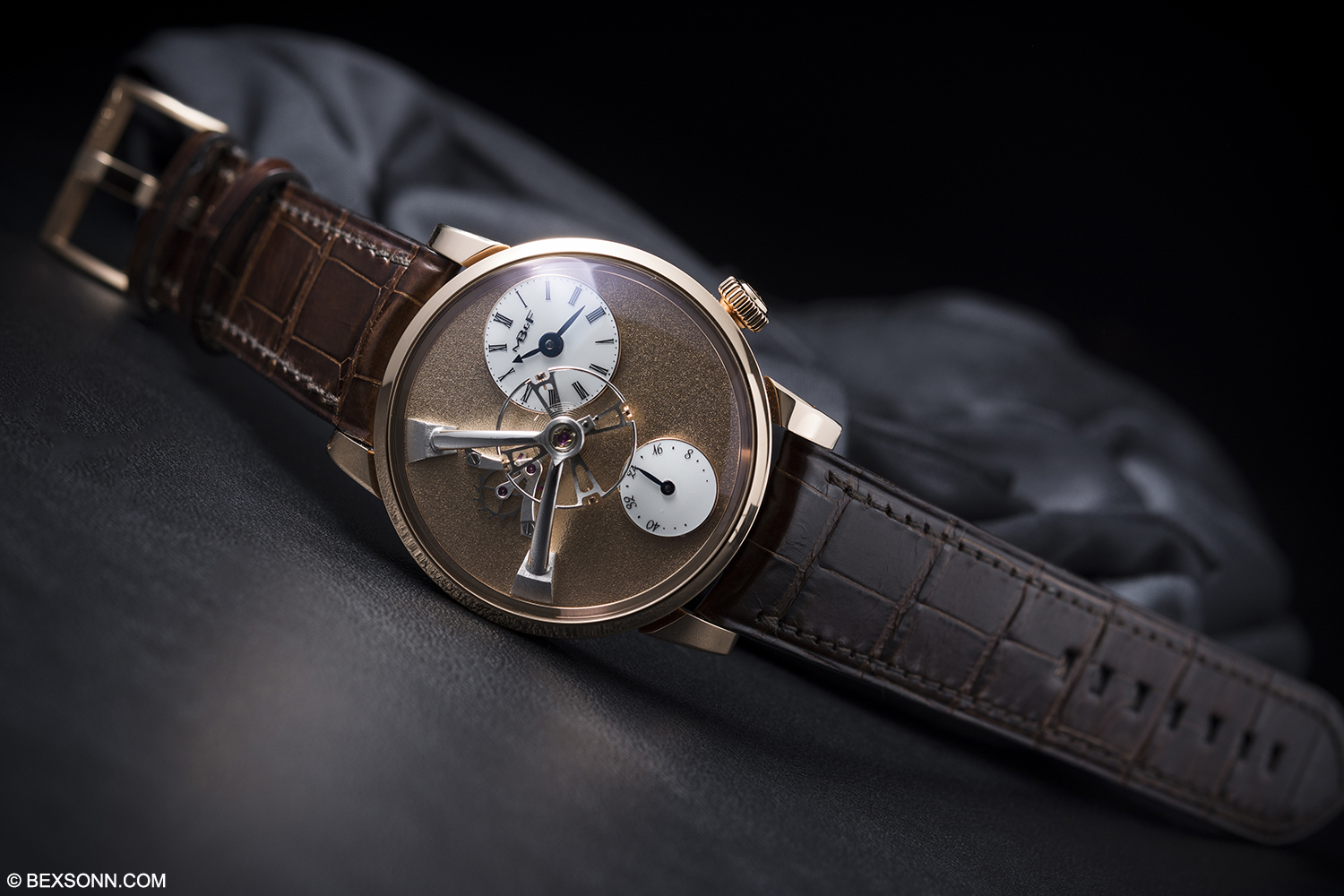 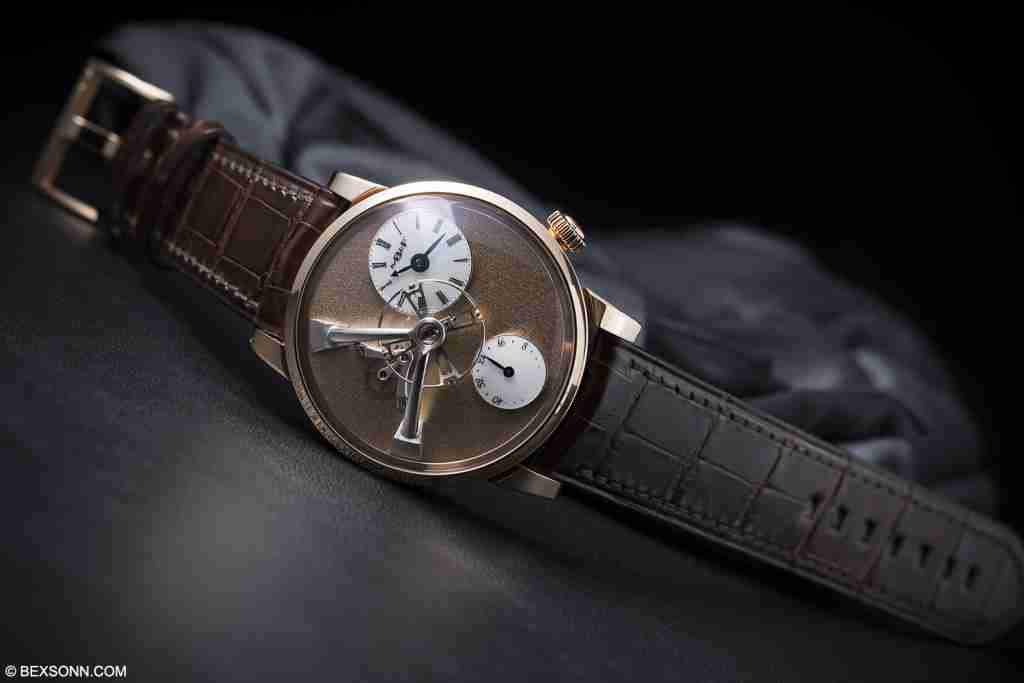 MB&F Legacy Machine 101 Frost: A couple of years ago Max and Friends introduced us to the Legacy Machine N°2, which was naturally the predecessor to the LM1, for a recap you can read our previous hands-on post here, on the LM2. Max first introduced the LM1 in 2011, which featured dual time zone, vertical power reserve and a suspended balance wheel – with a more conservative design. This was made to answer the question of what type of timepiece Max Büsser would’ve created if he were born 100 years earlier? The MB&F LM2 was the follow-up to this exact same question but going back even further by 250 years or so – to the times of horological legends of the 18th century: Abraham-Louis Breguet (1747– 1823), Ferdinand Berthoud (1727– 1807) and Antide Janvier (1751– 1835). In 2014 Max & Friends introduced the much coveted LM101, which was well received by lovers of the brand and collectors alike. The LM101 is the timepiece that is more widely accessible and more wearable . However, this new iteration dubbed ‘Frost’ features a technique which has been long forgotten. 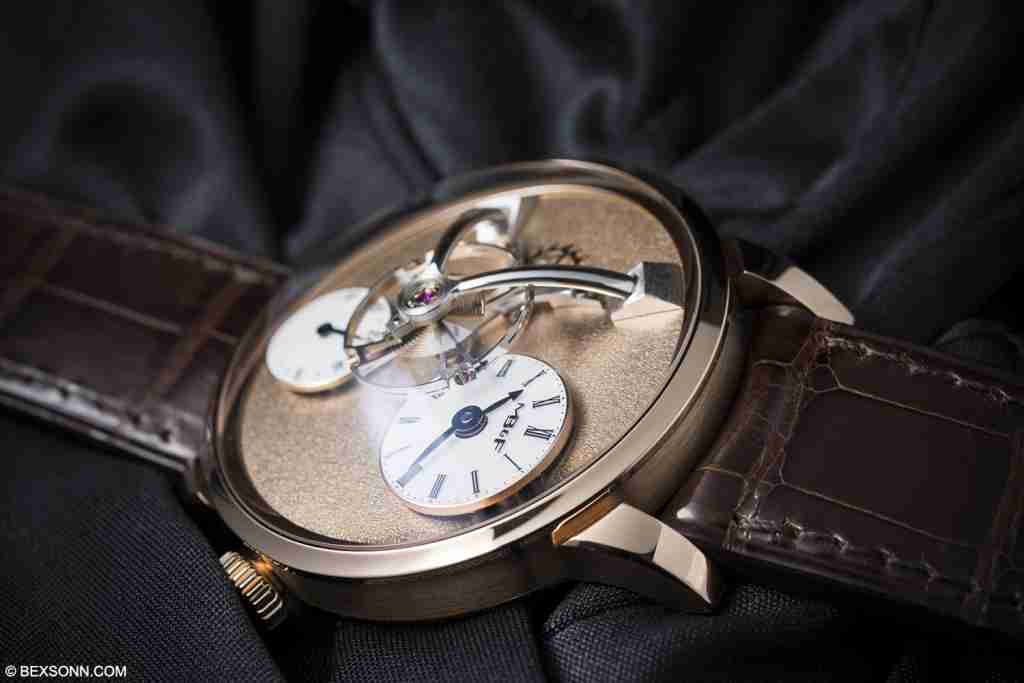 Abraham-Louis Breguet has been a source of inspiration for Max Büsser before, when he created the LM2. Breguet has been credited with pioneering inventions and the “frosted” finish is also one of them (“finition grenée” in French) in the late 18th and early 19th centuries. At the time, frosting protected dials and movements from oxidation – more common in Breguet’s day – which added subdued vivacity to movement plates. Traditional frosting methods involved dangerous acids which have been largely replaced by the environmentally (and medically) safer method of carefully compressing the surface with a wire brush. However, this is a much more difficult process to master and obtain a uniform, non-polished surface. Very few artisans today create true frosted finishes: the majority of surfaces that look frosted have in fact been bead blasted, which does not quite have the same visual impact. 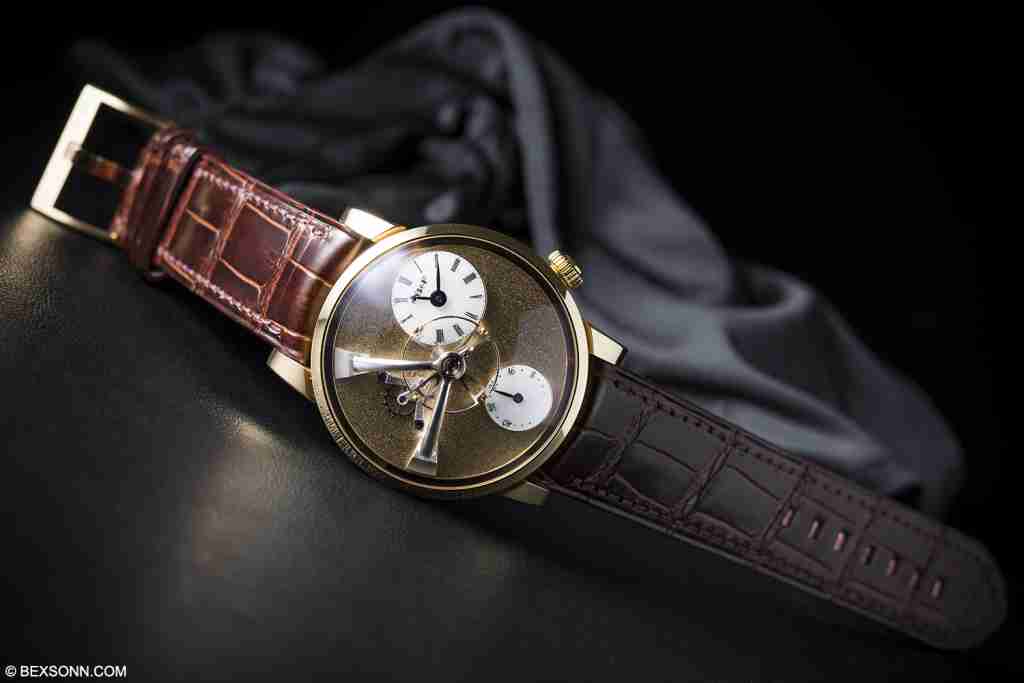 The LM101 Frost boasts the same classically sized case at 40mm, 4mm smaller than both the LM1 and LM2. In essence the LM101 is a scaled-down version of the LM1, with a suspended balance wheel over the white lacquered dials with blued-gold hands that seem to hover above the rough frosted top plate. At 6 o’clock is a dial that indicates the power reserve. As a classically inspired timepiece, the LM101 Frost encompasses everything you’d need: the time and of course a power reserve gauge, letting you know when that ever so intimate winding affair needs to take place. 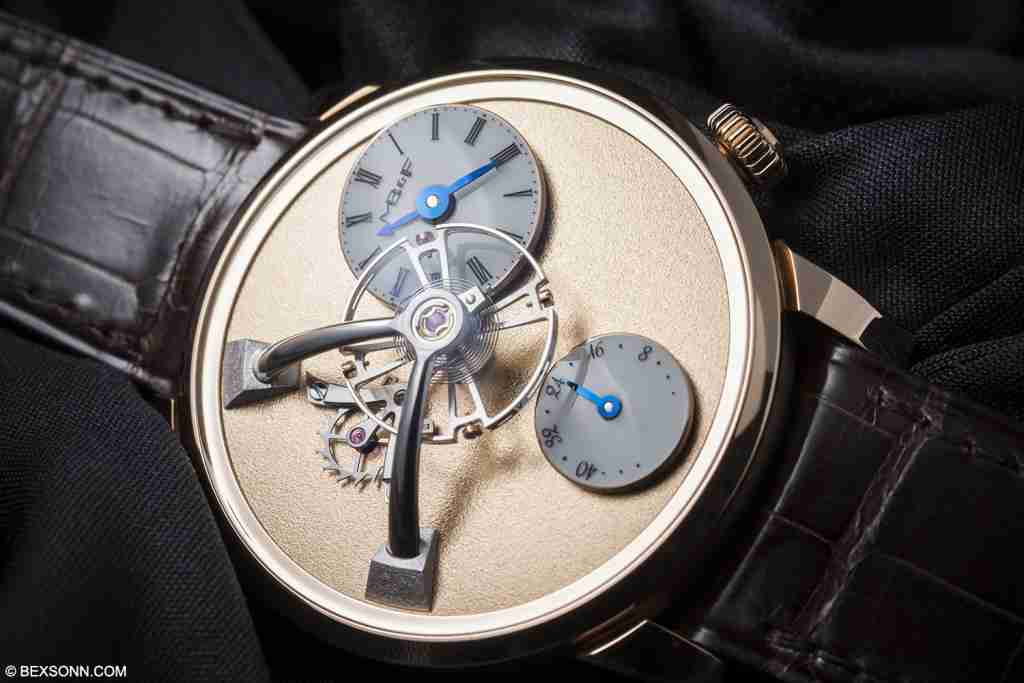 Note: the sapphire crystal is actually there!

Visually the balance wheel does seem to dominate the dial and may even appear to be larger than that of the LM1 but it is actually the same size (14mm). The balance wheel hangs from elegant twin arches that have been milled from a solid block of metal. And in-keeping with the asymmetrical layout of the dial, the crown for the LM101 has been placed at 4 o’clock.

Covering the dial is domed sapphire crystal to accommodate the twin arches but it has been cleverly disguised to make it appear as though you could actually touch the dial, no seriously if you see this timepiece in the metal you’ll see what I mean. 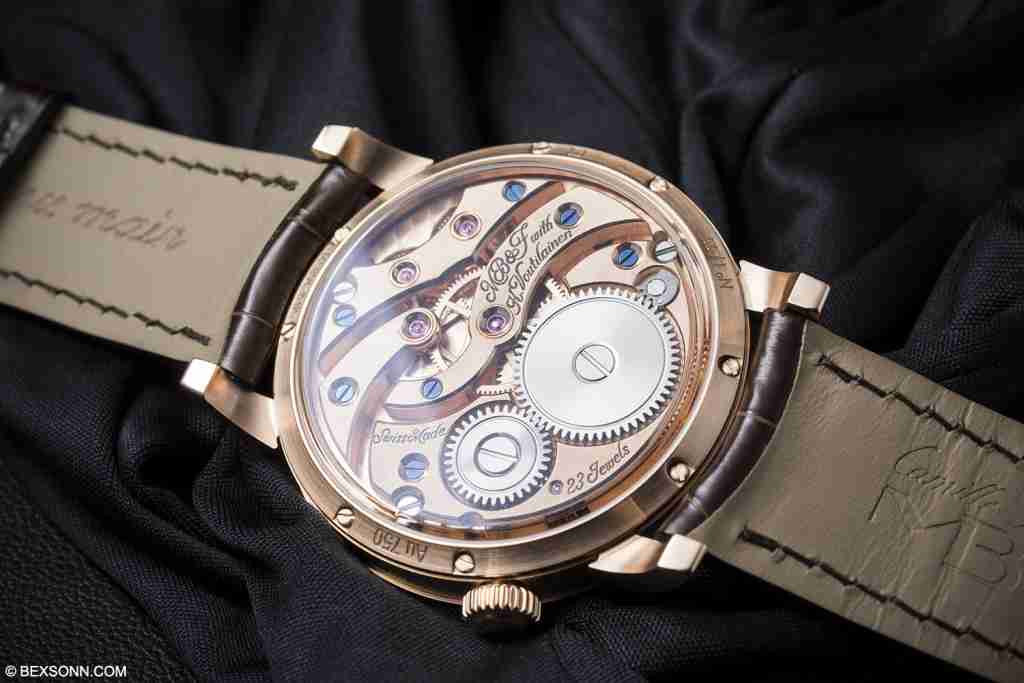 Turning over the Legacy Machine 101 Frost, you’ll see the display back crystal (domed to reduce the thickness of the caseband and visually the height of the watch) which reveals the exquisitely hand-finished movement. Curved plates and bridges pay homage to the style found in high quality historic pocket watches and testify to the respect accorded to historical legitimacy.

As you may have been aware from the previous article I wrote on this piece, the LM101 utilises an entirely new calibre, which was conceived and developed in-house. Though, Max did call upon friend and acclaimed master watchmaker Kari Voutilainen (who we also sat down with at Basel this year), who assumed responsibility for ensuring the movement’s historical accuracy of the bridge design and fine finishing. However, the LM101 Frost doesn’t feature the beautiful Geneva waves, which adorned the previous iteration. What does remain is the hand polished bevels, gold chatons and countersunk blued screws, which still make it just as alluring to look at. 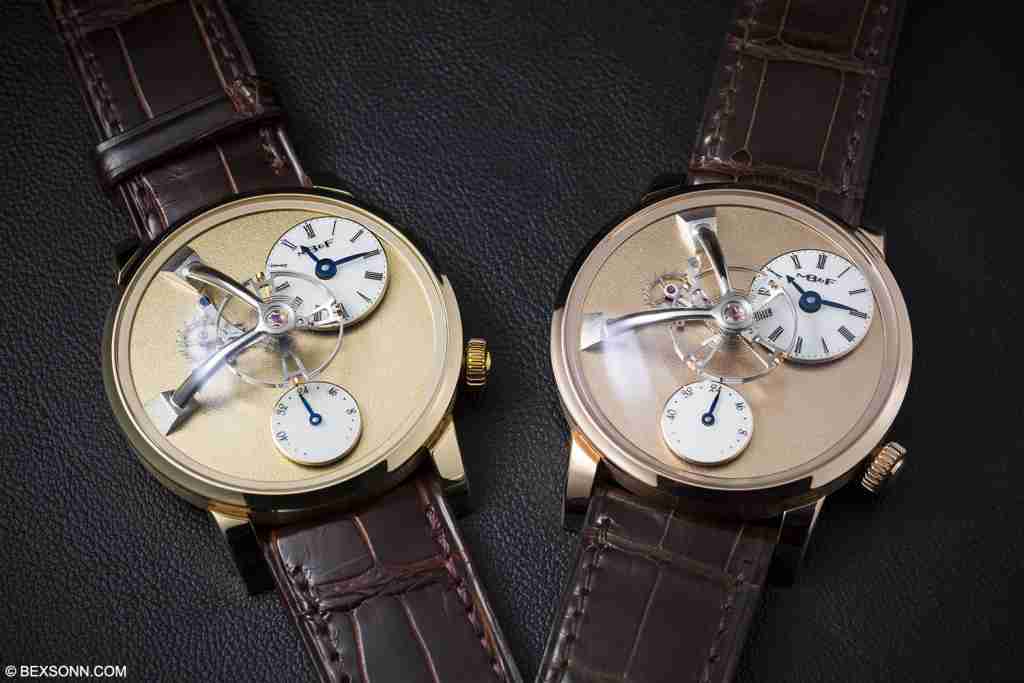 I was a massive fan of the LM101 but what Max Büsser and Friends have done with this new iteration is just simply stunning. The LM101 Frost in both red and yellow gold are limited to 18 and 33 pieces respectively, and are priced at £49,800, making it some £5,300 more than the LM101 but this still keeps it more within the realms of being attainable in my opinion, when compared to the LM1 and LM2.

For more information on the new LM101 Frost, visit the official MB&F website. 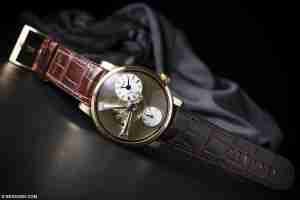 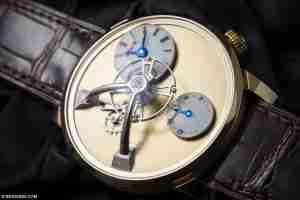 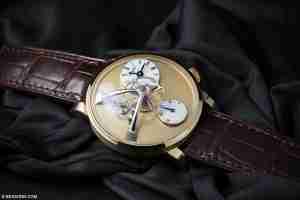 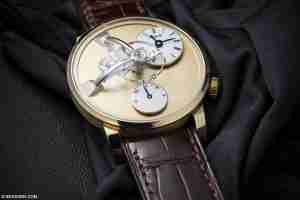 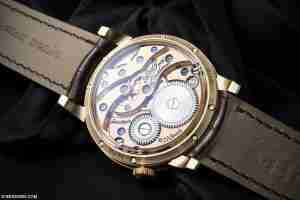 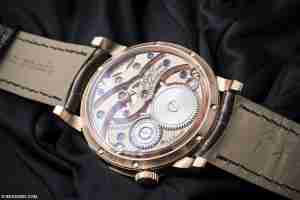 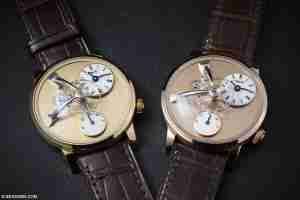 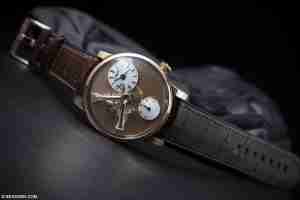 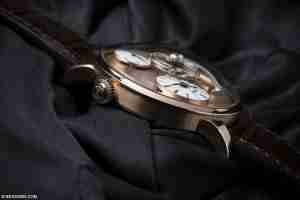 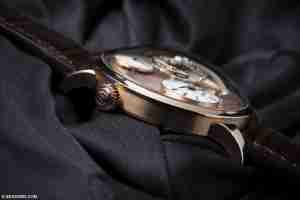 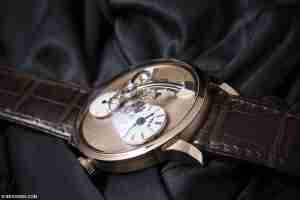 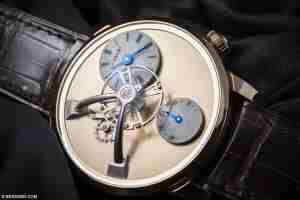 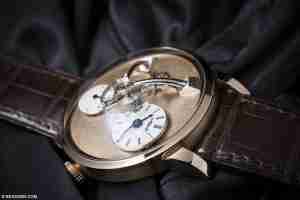