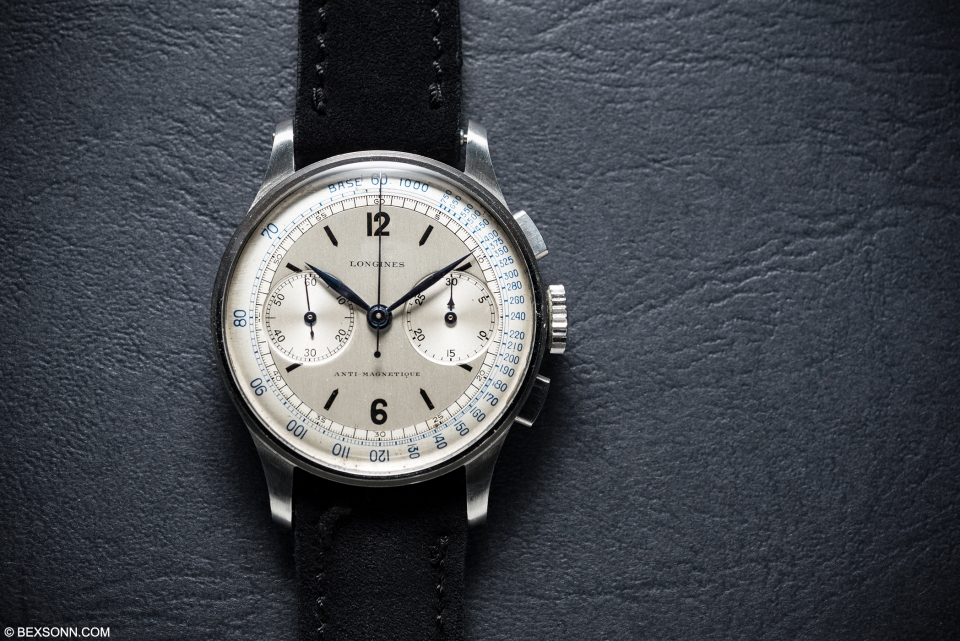 We’ve already highlighted a handful of our favourite picks from the Start-Stop-Reset auction of 88 ‘Epic’ stainless steel chronographs but I just thought this 1942 Longines ‘Fly Back’ Chronograph ref. 5009, which houses the infamous calibre 13ZN was worth mentioning.

This particular stainless steel Longines is simply stunning, in fact it is so good-looking, you could easily mistake this piece for being made by one of the higher-end watch manufacturers. It has, in my opinion, one of the most beautiful dials I’ve seen on a vintage Longines chronograph. Vintage Longines chronograph timepieces, in my opinion, are still quite undervalued and this piece epitomises why.

As I’ve already mentioned the dial is just a feast, it has a beautiful two-tone dial, which incorporates two different types of satin finishes. It features two oversized chronograph registers, enamel Arabic numerals at 12 and 6 o’clock and rather long indices that almost affords a sector dial effect. It has rather charming blued feuille hands and matching outer tachometer scale. Then there is the case, which has a diameter of 37mm but because it’s quite thin, it creates an illusion of wearing larger. It sports oblong pushers, a large, unsigned, winding crown and has a snap back case that all add to the utilitarian look and feel of this piece. 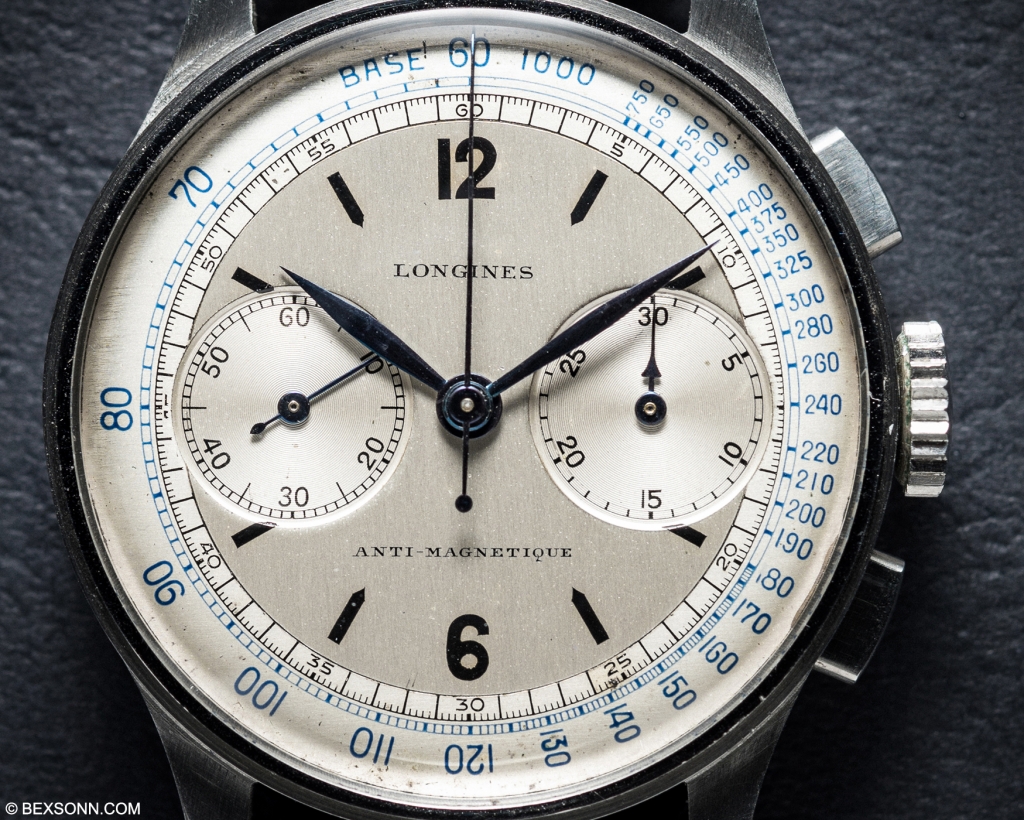 What’s more, inside in this ref. 5009, is the world-renowned calibre 13ZN but just why is that important? I think what you have to realise about Longines, is that they are a true manufacturer of watches, while it may not seem like one now, what you have to remember is not only did they make their own watches but they made their own movements too. If you think about the wristwatches that were being made by the likes of AP, Patek and Vacheron during this same period, they relied heavily on outsourced movements for their chronographs. Longines however, were one of the very few manufacturing their own in-house chronograph movements and this was a feat within itself: as I’ve mentioned before, manufacturing your own in-house chronograph is a sign of greatness.

The Longines calibre 13ZN was first introduced in 1936 and because of its size, would prove to be rather useful to many pilot-type chronograph timepieces. Faithful to its name, the 13ZN also incorporates a ‘fly back’ mechanism, meaning that the chronograph function doesn’t require stopping before resetting it to zero. But above all of this, the calibre 13ZN not only is the part technologically but looks the part too; it is a beautiful movement that just oozes finesse, both in its design and finish.

Now, take all of what I’ve just said and imagine if the manufacturer name on the dial said Patek Philippe or Vacheron Constantin. You’d easily be looking at a watch valued in the hundreds of thousands, hence the reason I think they are still somewhat undervalued.

For more lot information on The Phillips Geneva Start-Stop-Reset auction that will take place on the 15th May in La Reserve Hotel, Geneva, visit the official Phillips Watches website to view the entire catalogue