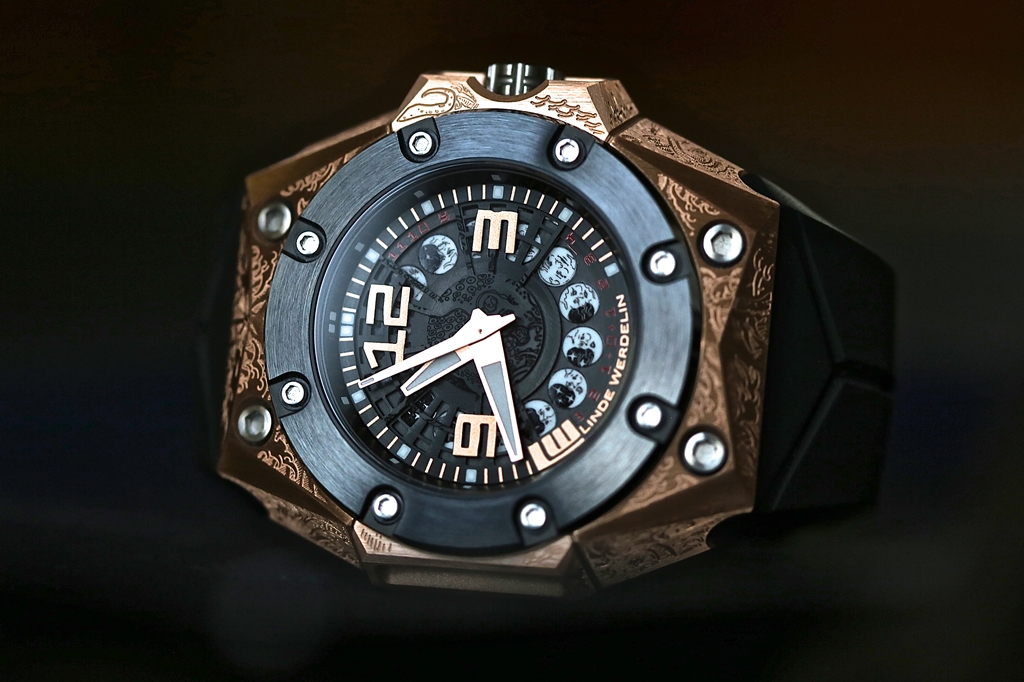 This particular Oktopus Moon is limited to 59 pieces and displays a high level of intricate art and craftsmanship. Although the reef and rock instruments can still be mounted on this timepiece, I’m sure no one will want to hide that beautiful detailing. The 18K solid rose gold case has been delicately engraved by hand at different depths to produce a 3D effect.

As you can see below the Oktopus Moon Tattoo has been hand engraved with the mysterious creatures of the sea, the cephalopod and the rest of the engraving on the case reflects it’s surroundings. Also engraved on the rear, on the corner of the lug, is the limited production number. 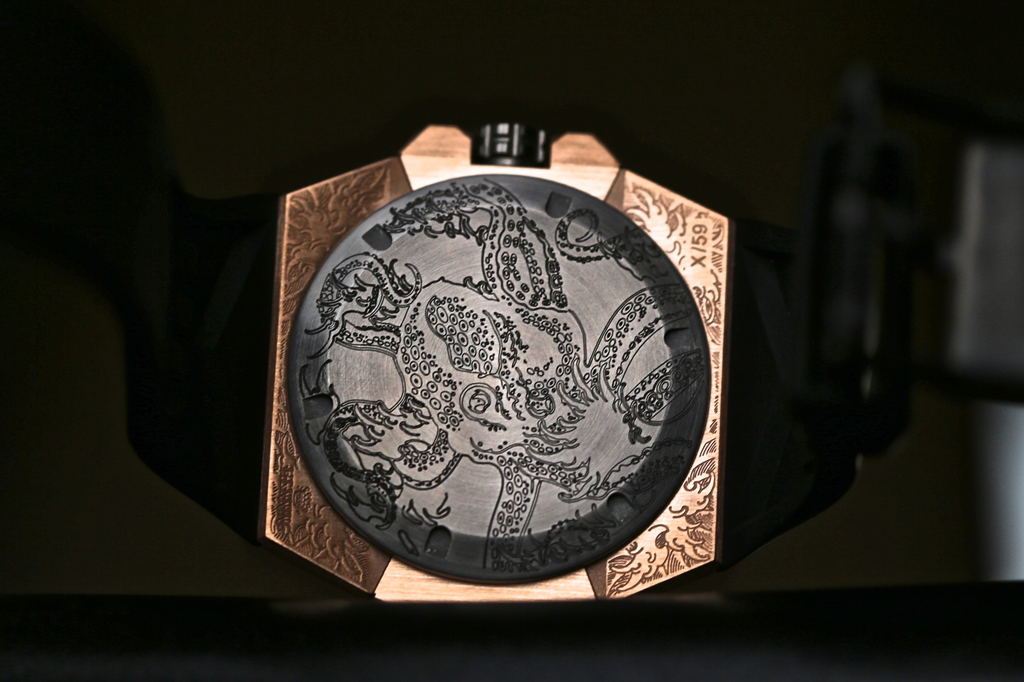 Engraved on the brushed case side are more of the related surroundings of the cephalopod. The Oktopus Moon Tattoo is on a beautiful black rubber strap, which is as mentioned in one of my previous articles, probably one of the most comfortable I’ve ever worn. However, I’m sure as with all Linde Werdelin straps, you’ll be able to buy any type you’d desire – although there is no current mention of whether it will come exclusively on the rubber strap? 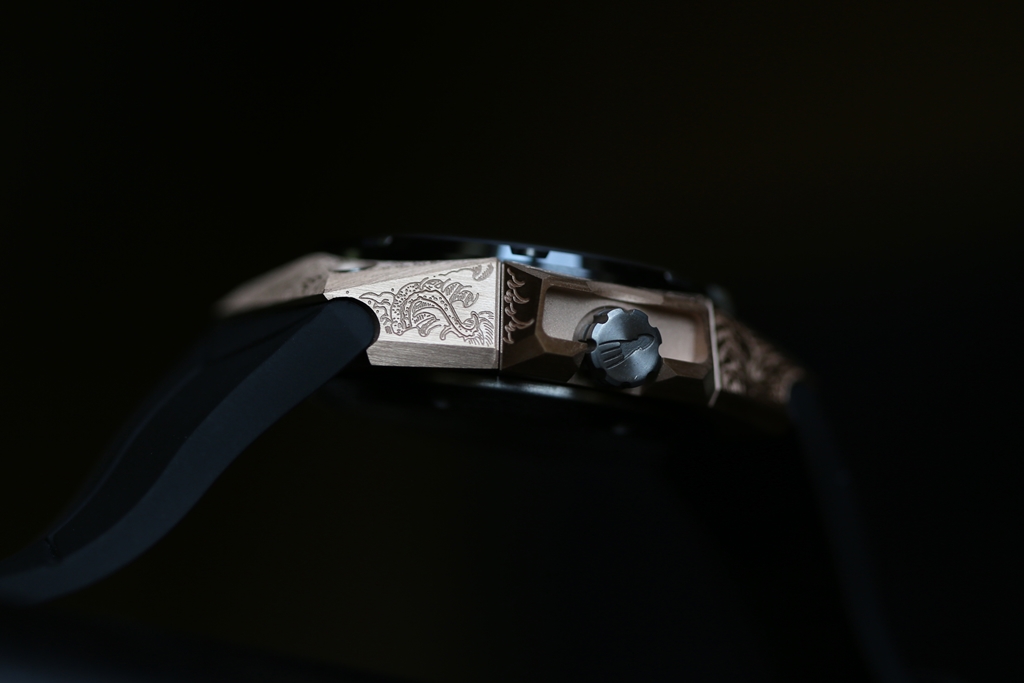 The Oktopus series was first introduced at Basel World 2012 with a five-part case construction, which seals the titanium inner cylinder protecting the movement and the dial from water. Selective materials such as rose gold, ceramic and titanium have been implemented to guarantee superb anti-corrosiveness.

Like the Oktopus II Yellow we reviewed, it also features a skeletonized dial that reveals parts of the movement (with an in-house developed add-on for the Moon phases) as well as the luminous moon phases. These moon phases are printed and placed one-by-one on the moon disc. It also features gold numerals at 12, 3 and 9 – as well as gold minute markers, which really adds depth and character to the dial.  As mentioned before the Oktopus Moon Tattoo is an exclusive series of 59 pieces. The limited number signifies two moon cycles of 29.5 days each, before the moon returns to the same point on the celestial sphere. The Moon phase complication is also an ideal function to plan your night dives (if that’s your kind of thing). 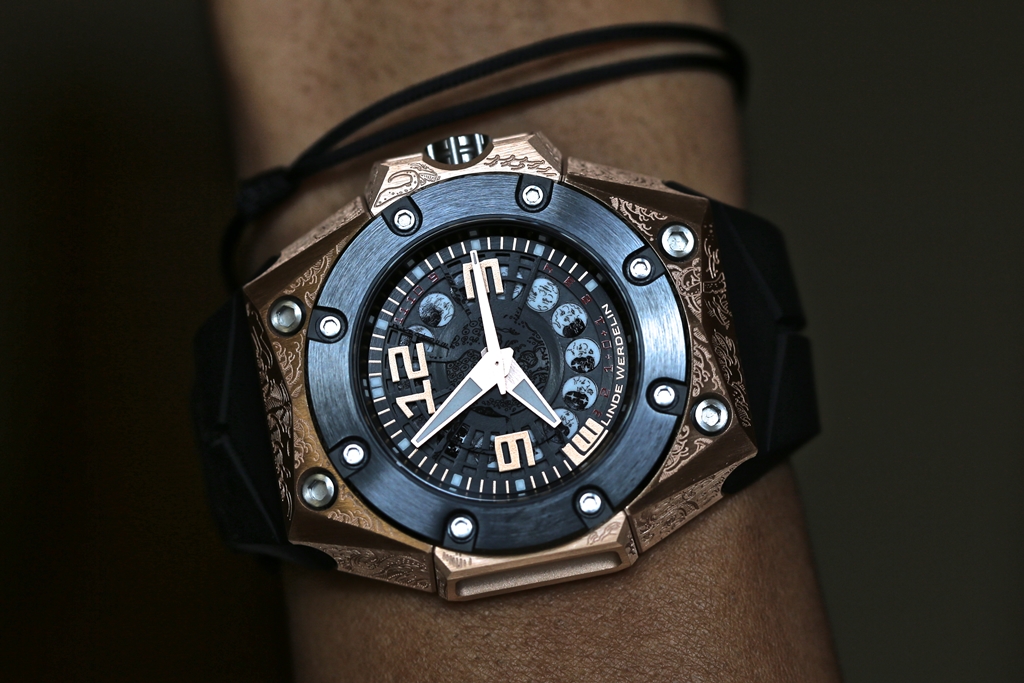 While this may not be a traditional divers timepiece the meticulous engraving that has been carried out by the craftsmen, makes this timepiece collectable and if you are a fan of tattoos too – I’m sure you’ll want to have this timepiece in your collection. 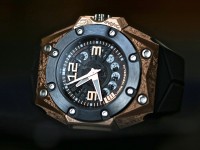 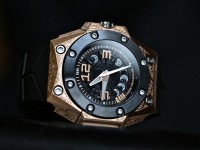 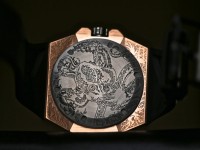 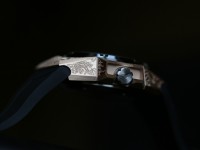 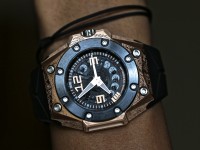