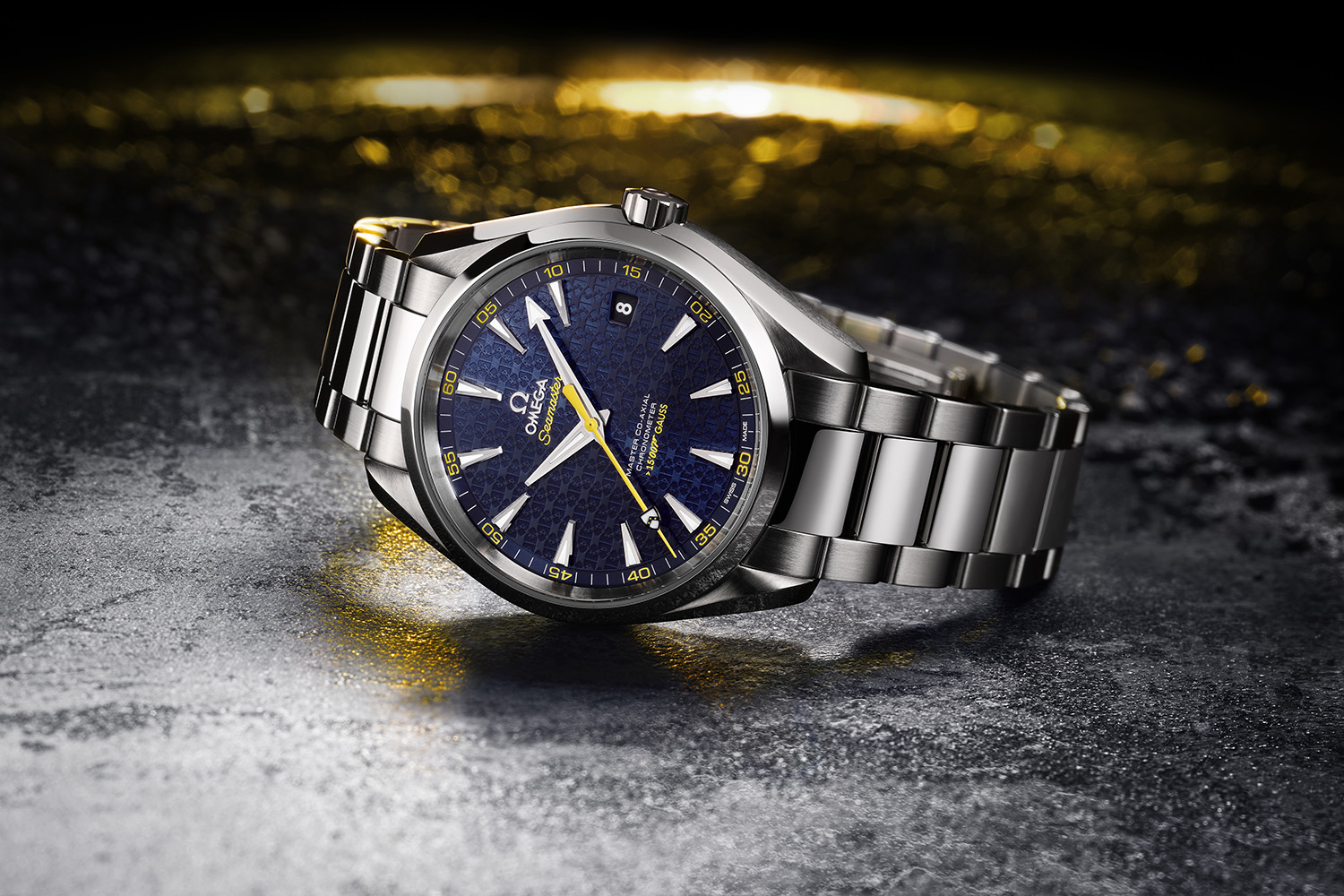 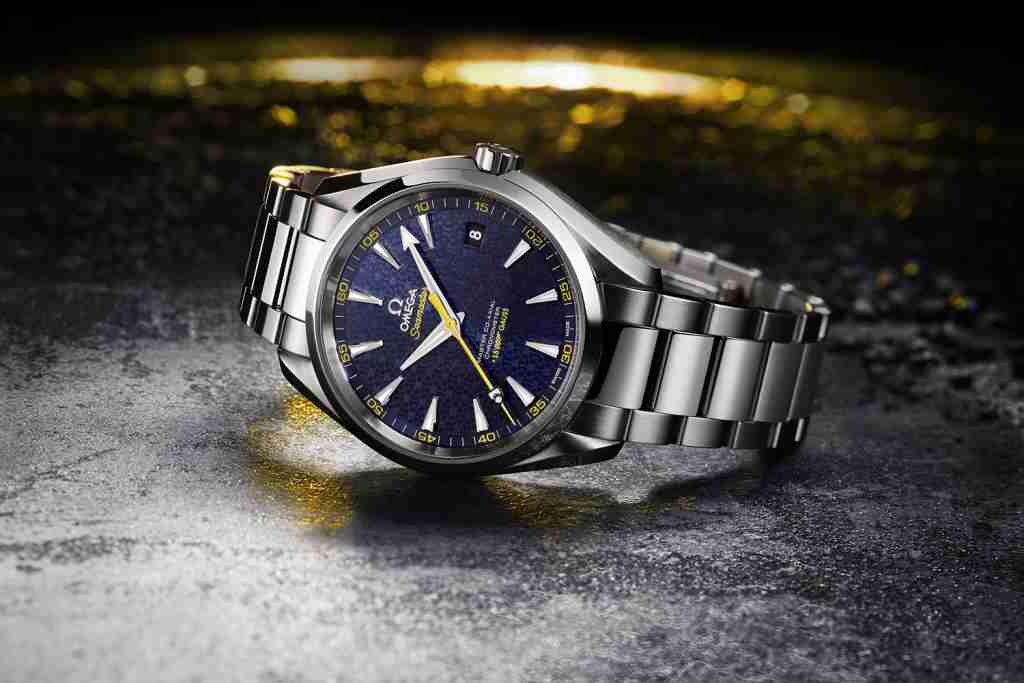 Omega Seamaster Aqua Terra James Bond Spectre: Before the annual Baselworld international trade show doors open, Omega SA have taken it upon themselves to epitomise one of the largest grossing and well-known film characters of all time. A Mr Bond…James Bond.

Of course James Bond is no stranger to a trusty and faithful timepiece and we’ve seen many over the years from the likes of Rolex, Breitling and Seiko. Omega has been the watch of choice ever since 1995, which was the year Golden Eye was released, a timepiece and film I remember fondly – the Omega Seamaster 300. Though this changed during the newer Bond films that starred Daniel Craig, where he started wearing the Seamaster Planet Ocean. The Limited Edition Seamaster Aqua Terra 150m was introduced to celebrate the 24th Bond film; ‘Spectre’. However, it is rumoured the Daniel Craig will actually wear the Seamaster 300 Master Co-Axial, which we reviewed extensively here, in the upcoming film Spectre, on a NATO strap. In my honest opinion, this is more in fitting with the character that is James Bond. 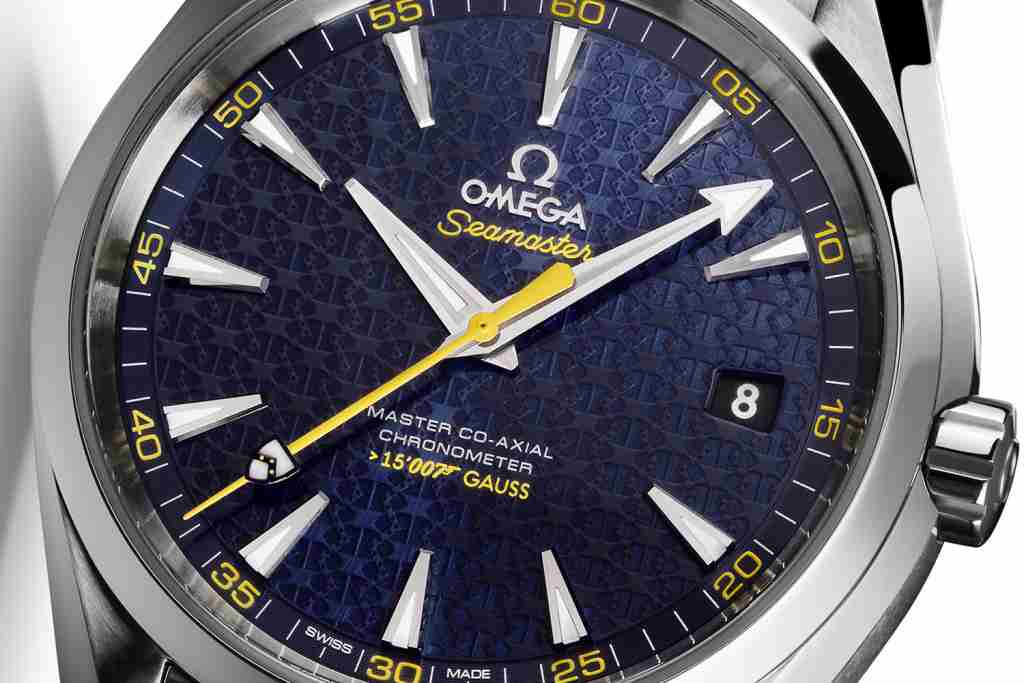 The timepiece features a black background date display with bold white numerals shown according to the day in a small date display aperture at 3 o’clock. Interestingly, none of the hours are marked on this timepiece with any type of numeral; in their stead are sharp clean edged stainless steel batons.

A feature I find rather imposing is the attachment of the Bond family coat of arms located in a respective shield, fixed to the yellow central seconds hand which points to bright yellow numeral distinctions. The dial is cleverly designed with the Bond family coat of arms additionally interlocked on its surface which has been styled with a wonderful blue shimmering effect, which can been seen when angled in a certain way, perhaps suggestive of the sun caught on rippling water and the Bond family motto, ‘The world is not enough’.

As with all Seamaster Aqua Terra’s, it makes use of Broad Arrow like hands to indicate the hour and minutes. The timepieces dial is of a sea blue, pertaining to the name given to the watch by its makers Aqua Terra, Water and Earth. All spies would often require a water-resistant watch and this is no different with the Aqua Terra, as is it good up to a depth of 150M. Naturally the watch is modelled after a spy’s life and is intended for secret ops missions, so getting it wet is unavoidable. 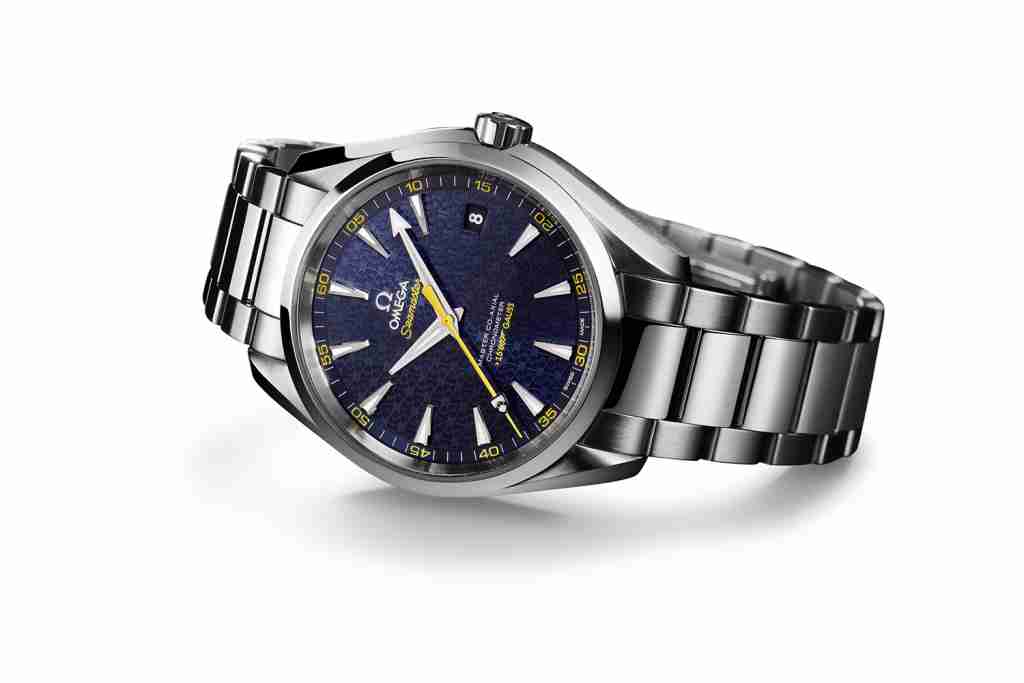 It would appear that Omega really tried to capture the perilous escapades of Bond to create a watch that embodied him and his missions. The case is modest measuring 41.5mm in stainless steel, on the reverse one will find the mechanical movements oscillating weight visible through a durable sapphire crystal casing which has been fashioned to resemble a traditional gun barrel, which is one of Bonds most used weapons in his arsenal. It has a completely new calibre dubbed the Omega Master Co-Axial Calibre 8507, remember spies only use advanced gadgets, which again is in keeping with the running Bond theme. The new calibre 8507 is resistant to magnetic fields greater than 15,007 gauss, which is nicely indicated on the dial with the use of the OO7 insignia.

The watch features a stainless steel bracelet rather than a material or rubber strap. It is limited to a production of 15,007 pieces and comes with a 4 year warranty I guess this watch will live to ‘Die another day’. The James Bond Spectre movie will be released November 6th 2015. More information on the Omega Seamaster Aqua Terra can be found on the official Omega website. When available the Seamaster Aqua Terra 150M Master Co-Axial will retail for CHF 6100 Swiss Francs.