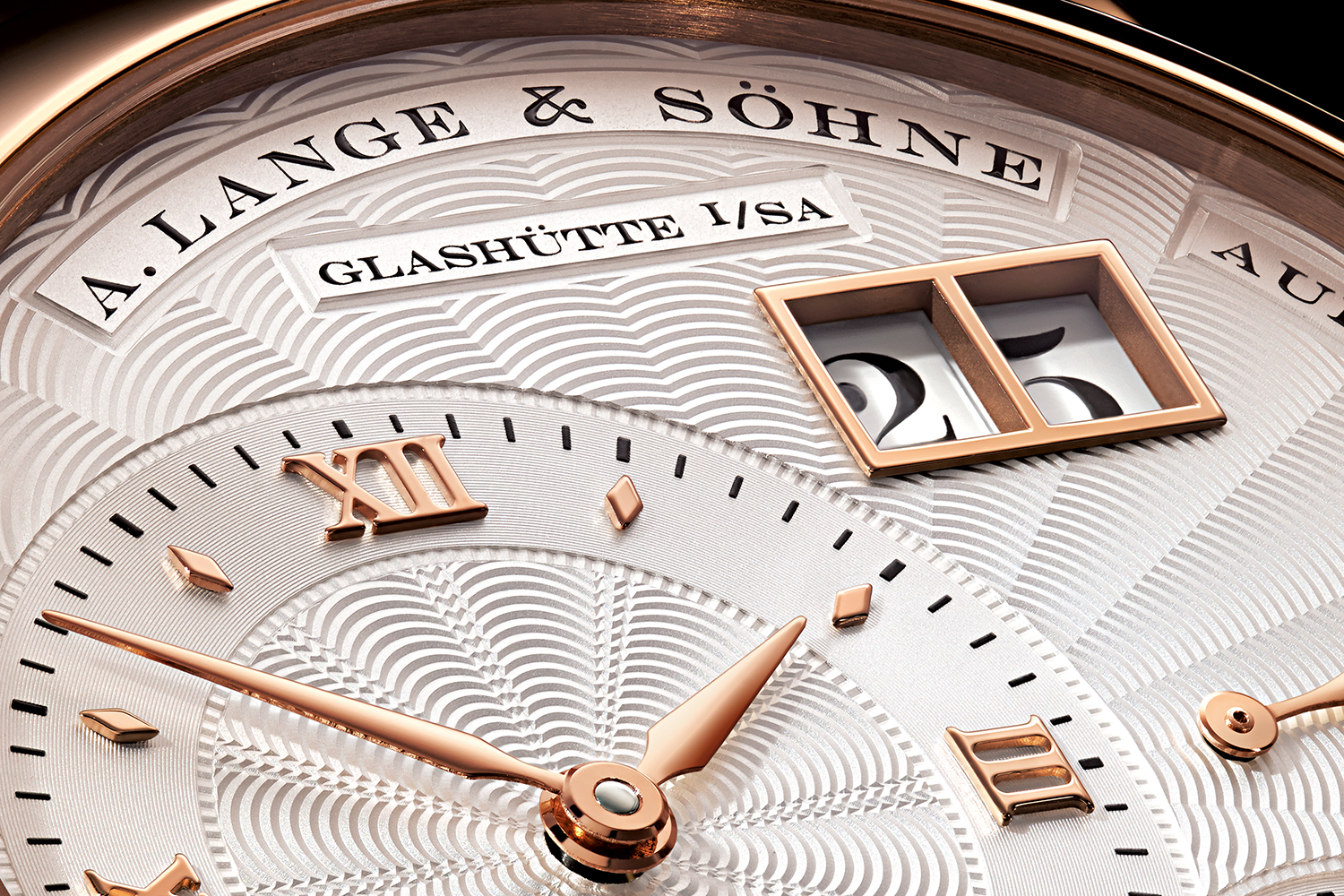 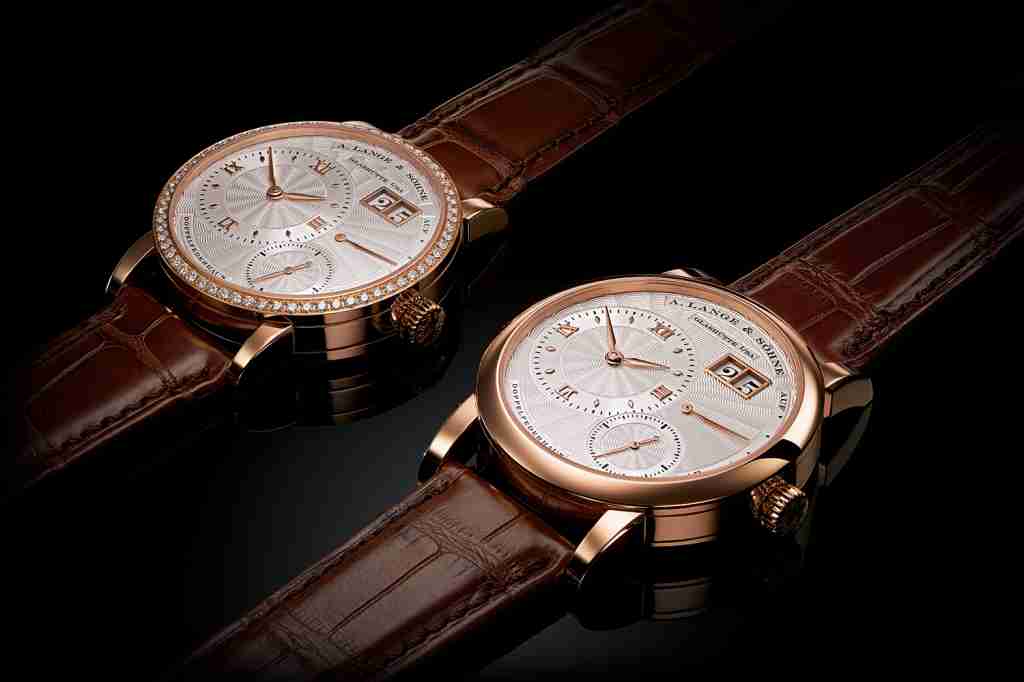 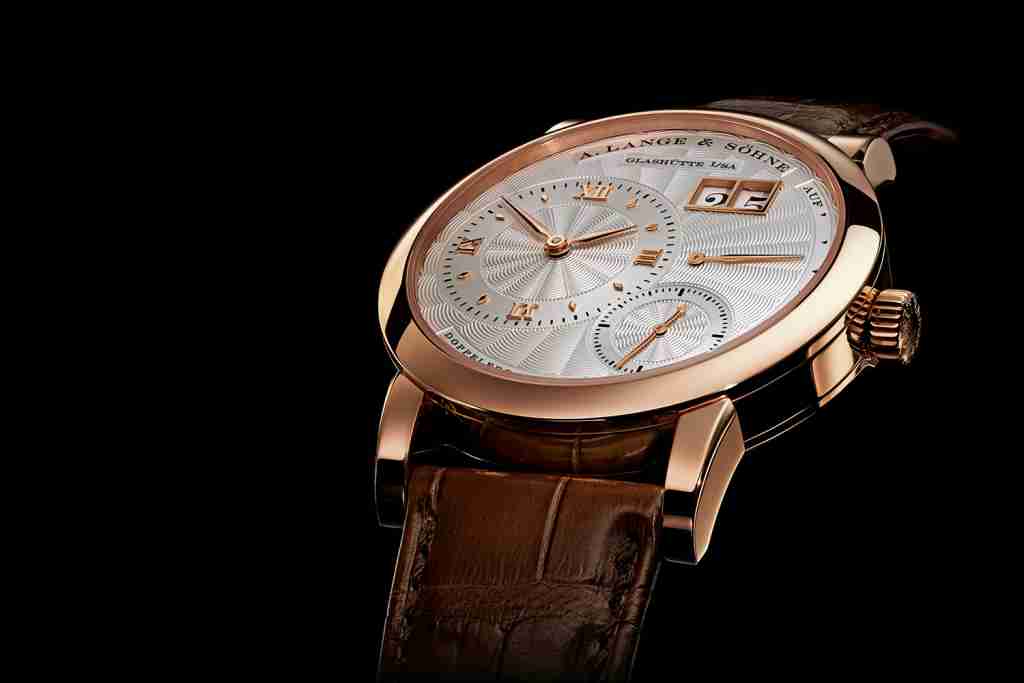 In 1990, Ferdinand A. Lange’s great-grandson, Walter Lange had the courage to relaunch the brand. Today, Lange crafts only a few thousand wristwatches in gold or platinum per year, though there are a very small handful of pieces that have been created in stainless steel. All Lange timepieces house exclusively proprietary movements that are lavishly decorated and assembled by hand. One of Lange’s biggest successes is the LANGE 1 with the first outsized date in a regularly produced wristwatch. The Lange 1 was introduced at the presentation of A. Lange & Söhne’s first wristwatch collection in Dresden on 24 October 1994, along with its outsized date window, striking design and dial layout, it became the face of the brand and the benchmark for many further developments. 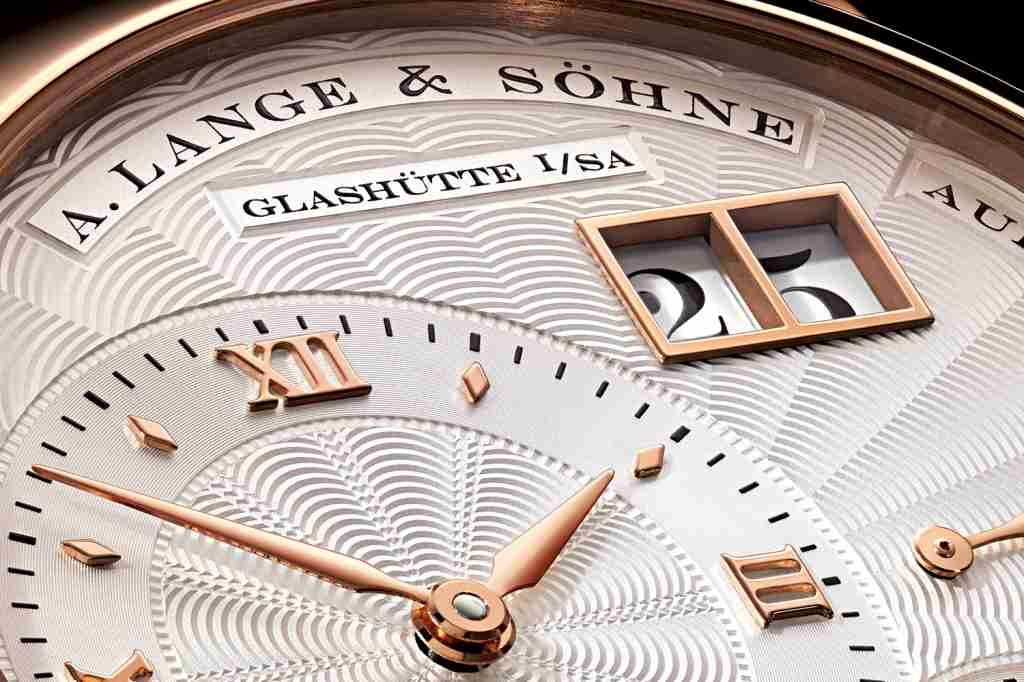 This limited collection will be represented by five different paired variations consisting of the Lange 1 and the Little Lange 1. The dials on all variations will be adorned with solid-silver hand guilolched dials that have a rippled-sunburst pattern effect, which can be seen radiating within the small seconds sub dial, the hour and minutes sub dial and the larger sections of the dial face. As this is just a time only Lange 1 the dial layout is pretty much routine with an outsized date window at 1:30, hours and minutes at 9 o’clock, a seconds subsidiary dial with stop seconds at 5 o’clock and power reserve gauge at 3 o’clock. This simple layout affords no distractions, allowing you to admire the artistic handwork of the dial. 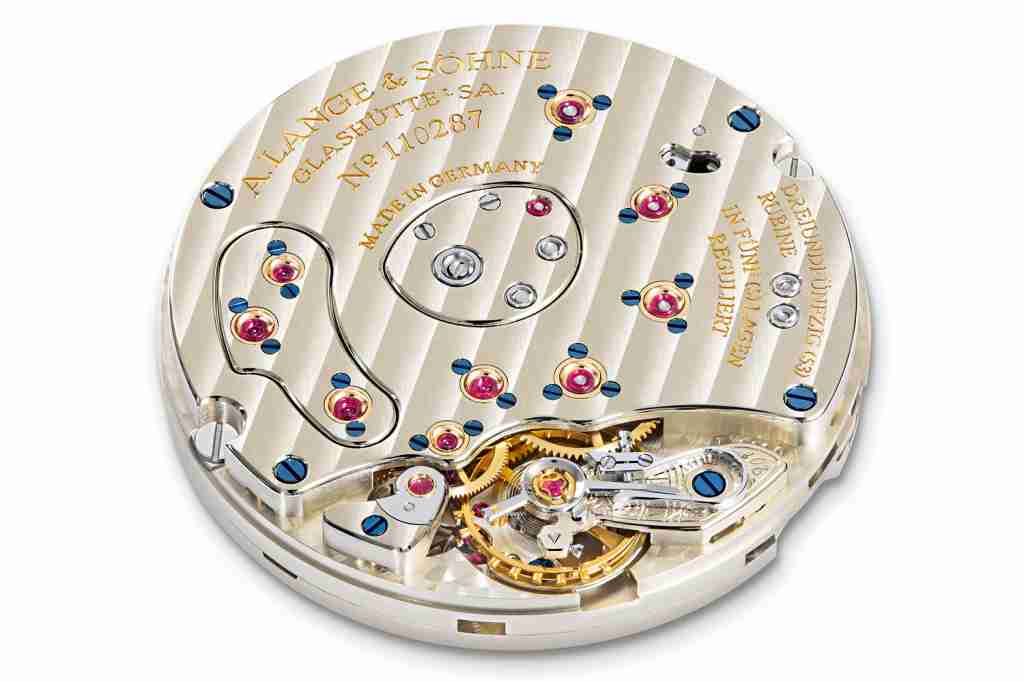 Inside both models ticking away is Lange’s in-house manual wound L901.0 calibre that has been meticulously decorated and assembled by hand; featuring Geneva stripes (cotes de Genève), Perlage, blued screws, hand finished gold chatons, and a hand-engraved balance cock, which is synonymous with Lange – though this time it will be engraved with the number “20” to mark the 20th anniversary. By coincidence, the movement has as many parts as a year has days – 365 and when fully wound the doppelfederhaus (double spring barrels) will provide no less than 72 hours of power reserve. 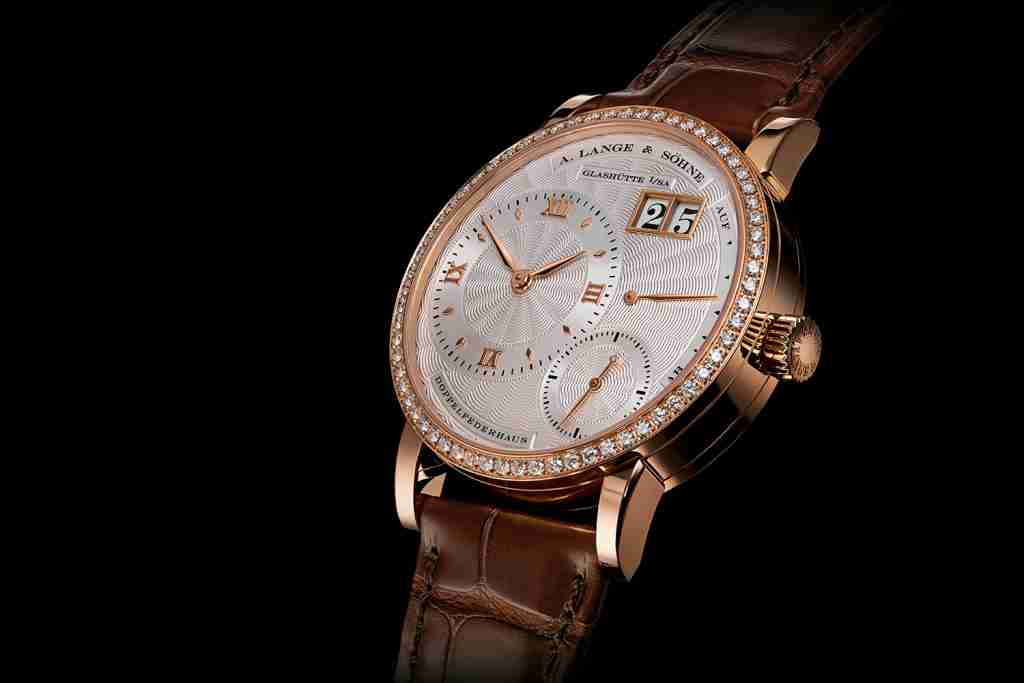 Naturally the timepieces differ in diameter: 38.5 millimeters for the Lange 1 and 36.1 millimeters for the Little Lange 1, though both models will measure just 10.0 millimeters in height. The ladies’ model features a bezel set with 64 brilliant-cut diamonds. The sets will be available in the following case and dial combinations: platinum/black, platinum/rhodié, white-gold/blue, pink-gold/argenté and pink-gold/black. Each of these different sets of the Lange 1 “20th Anniversary” is limited to 20 pairs and will come on either a dark blue, red-brown or black hand-stitched crocodile strap with a Lange prong buckle, matching the case metal. 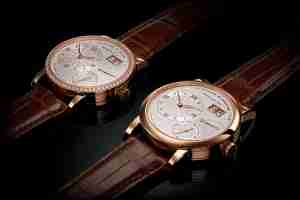 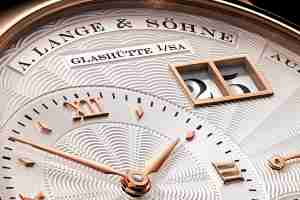 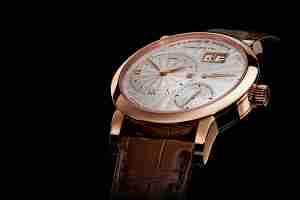 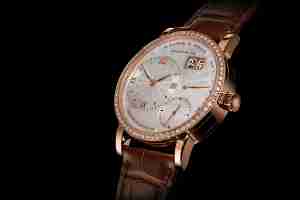 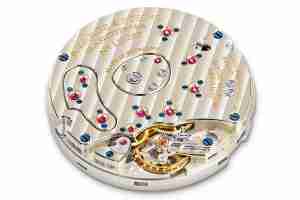 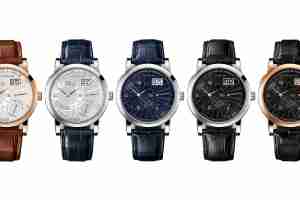 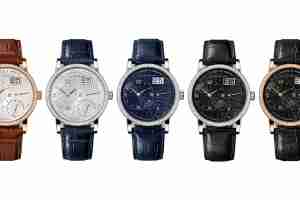