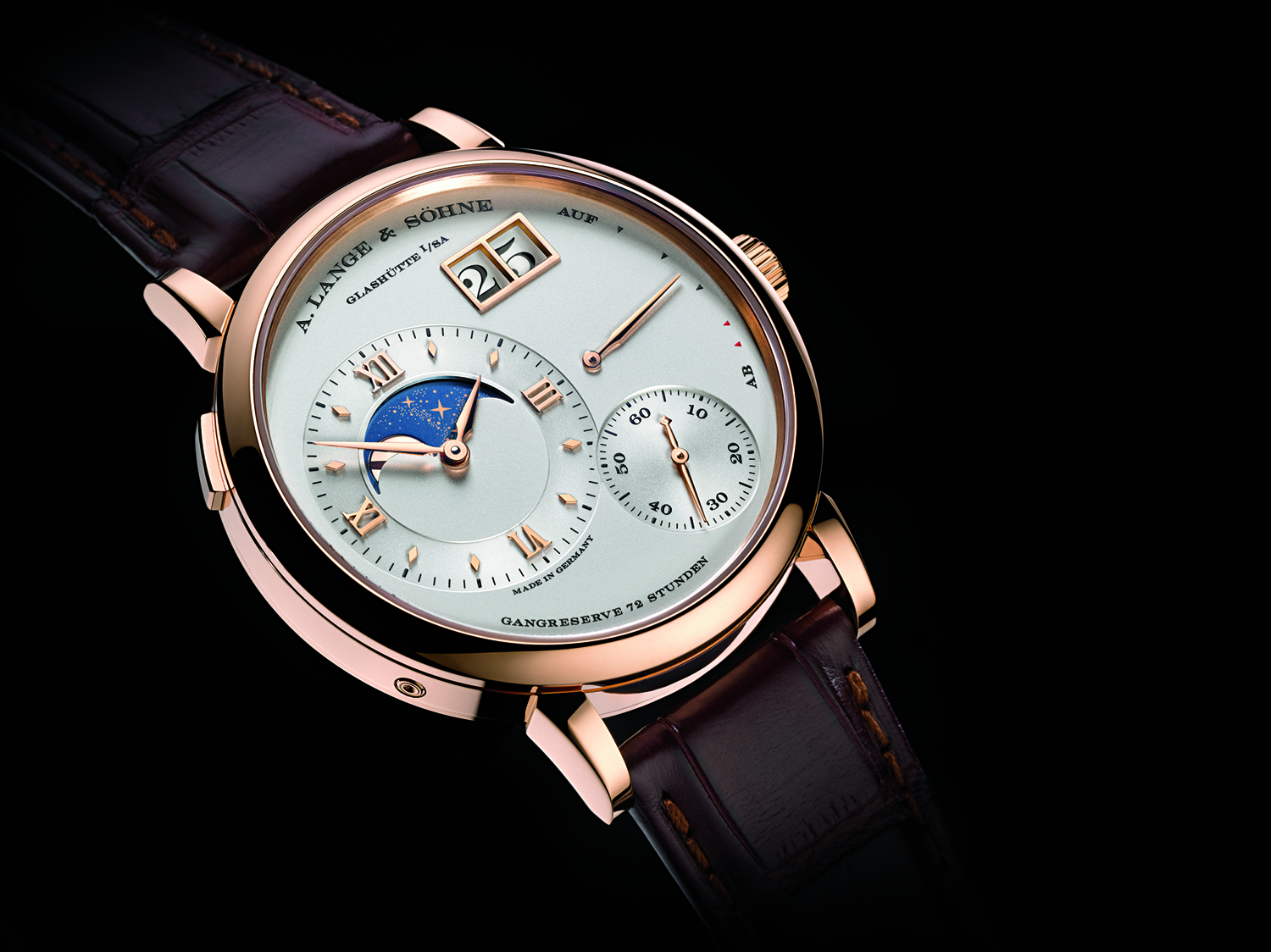 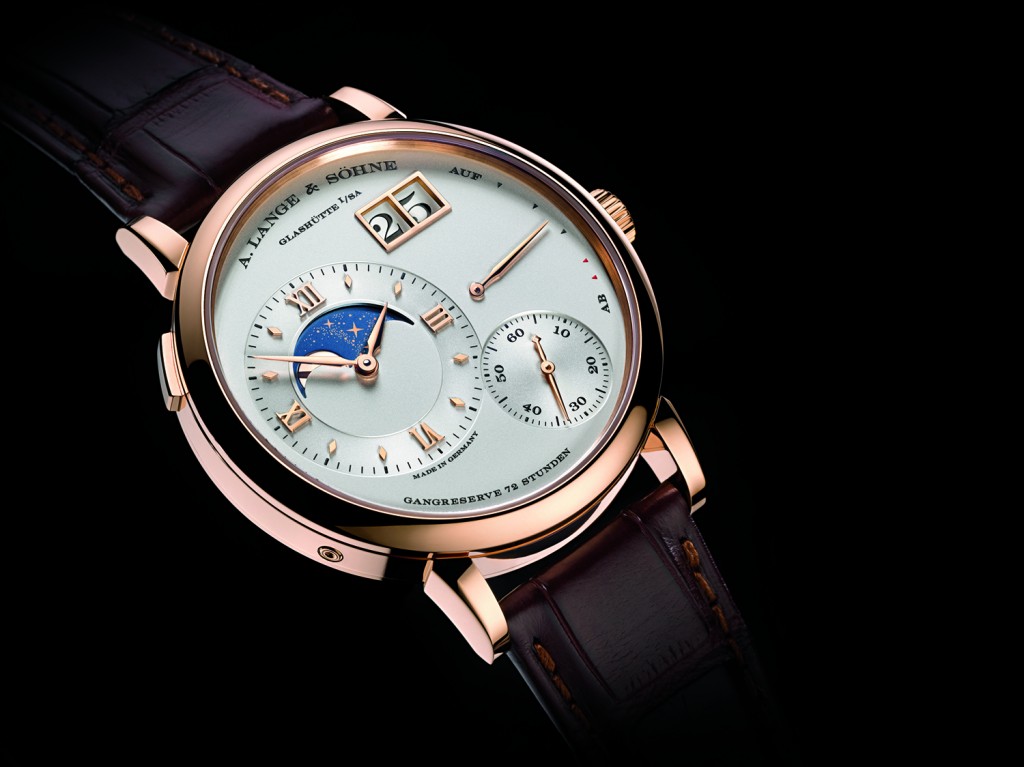 Pre-SIHH – A.Lange & Söhne Grand Lange 1 Moon Phase: Since its restart, the manufactory in Saxony has presented twelve models with this complication but never before has the moon phase been as prominently showcased as in the new ‘Grand Lange 1 Moon Phase.’ It has the same basic layout and structure of the Lange 1 family but in addition features a moon phase complication. Not only is this new Grande Lange 1 stunning but also it is designed to remain accurate for over 100 years.

We looked at a Lange 1 a few months ago and this is as basic as the Lange 1 gets. However, this timepiece incorporates as mentioned a moon phase and quite a sophisticated one at that. This is because Grande Lange 1 Moon Phase display is connected with the hour-wheel continuum. As a result, it is constantly in motion, just like the moon itself. The increments are so small they cannot be detected by the naked eye. Because the motion is so slow it allows the moon phase to be turned very precisely, thus enabling the moon phase display to indicate the time that elapses from new moon to new moon with an accuracy of 99.9978 percent.  The average synodic month lasts 29 days, 12 hours, 44 minutes, and 3 seconds. For the sake of simplicity, most classic moon-phase displays round this cycle down to 29.5 days. The resulting deviation of 44 minutes and 3 seconds per lunation adds up to one day in merely two and a half years. 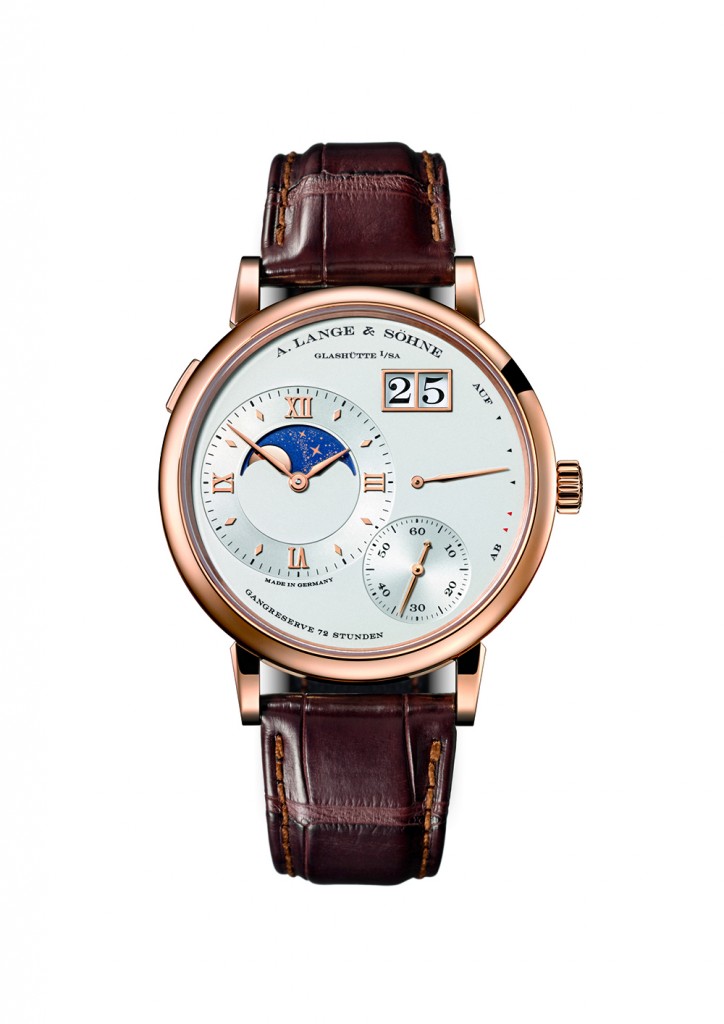 The Grand Lange 1 Moon Phase features a seven-gear transmission, which reduces the deviation per cycle to less than one minute. Once correctly set, and assuming that the watch runs continuously, the display would only have to be corrected by one day every 122.6 years. Moreover, the display can be adjusted separately by using the push piece embedded in the case flank between 7 and 8 o’clock.

So, we know the new Grand Lange 1 has a super accurate movement but it is also very aesthetically pleasing. Combining an off-centre dial, the oversized date and a lavishly finished manufacture calibre, the Grande Lange 1 Moon Phase features all of the iconic hallmarks of A. Lange & Söhne’s most famous timepiece family.  The moon phase disc itself is made entirely out of gold with a blue coating that is patented; this intensifies the colours and crisp texture details. A laser is used to cut out more than 300 stars of different sizes with extremely sharp contours, producing a miniaturised image of the galaxy. 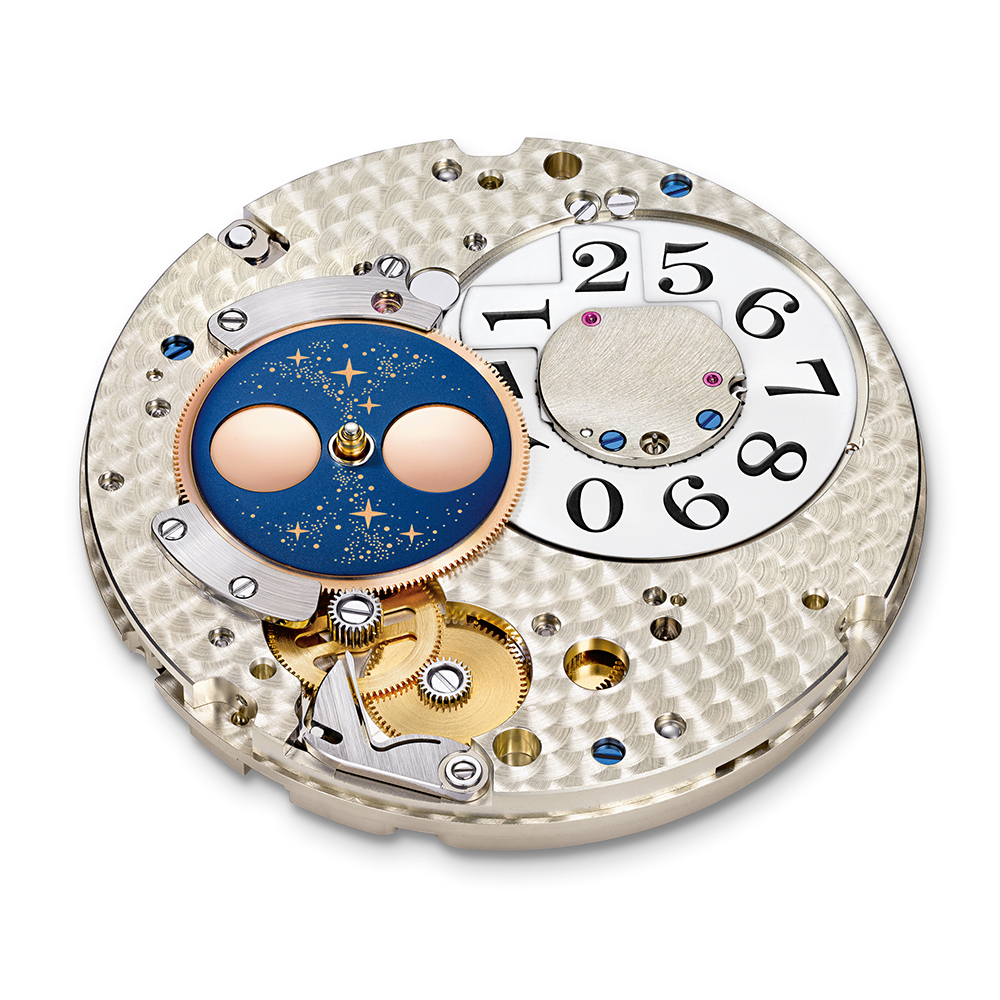 The Grande Lange 1 features the in-house L095.3, which has a considerable 72-hour power reserve that is achieved with only one mainspring barrel; making the movement measure a very slender 4.7mm. The case is available in yellow gold, pink gold or platinum and has a diameter of 41.0 millimetres. The pink and yellow gold will be priced at €38,900 and the platinum case version will be priced at €50,900. For more information on the Grand Lange 1, visit the official A.Lange & Söhne website.