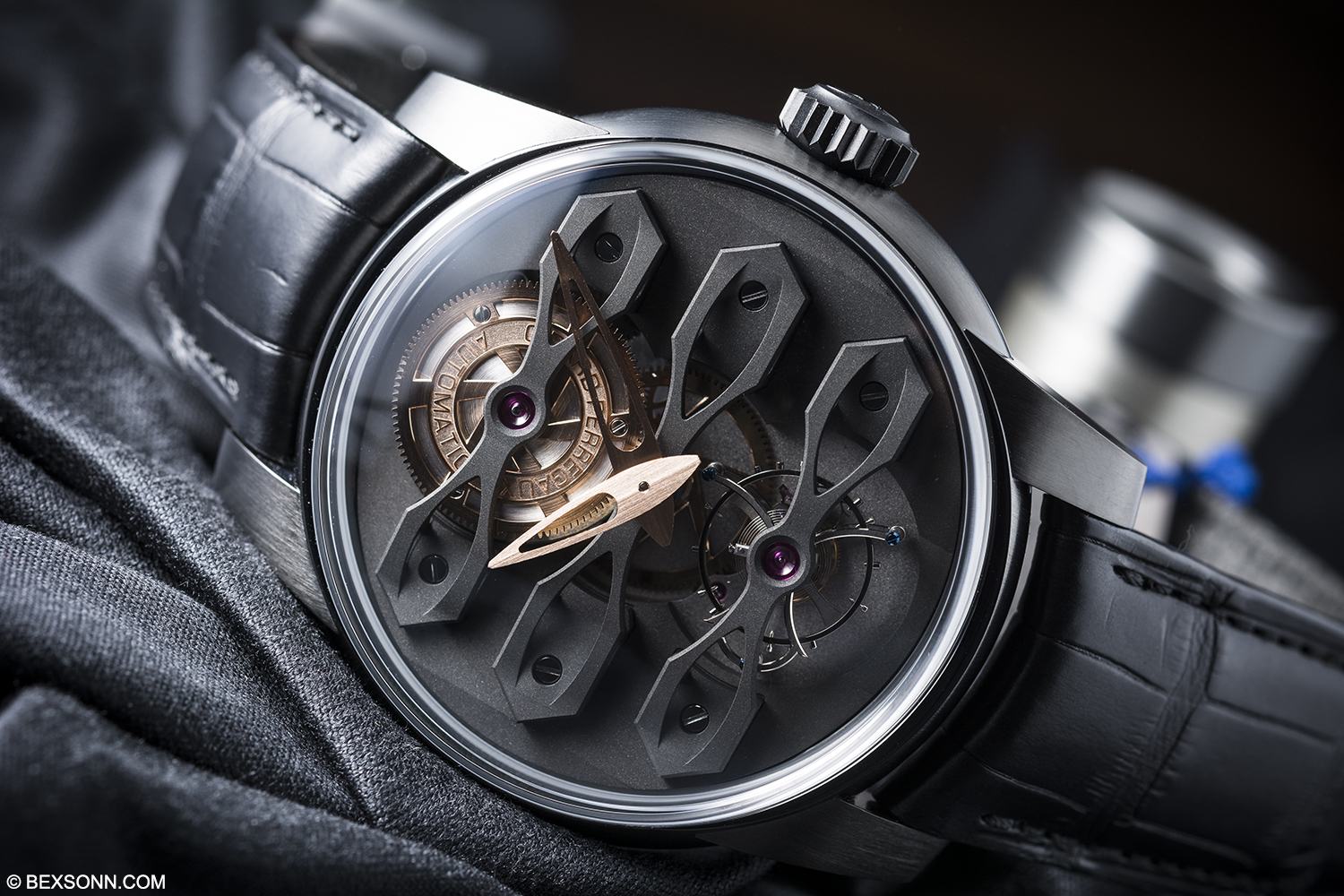 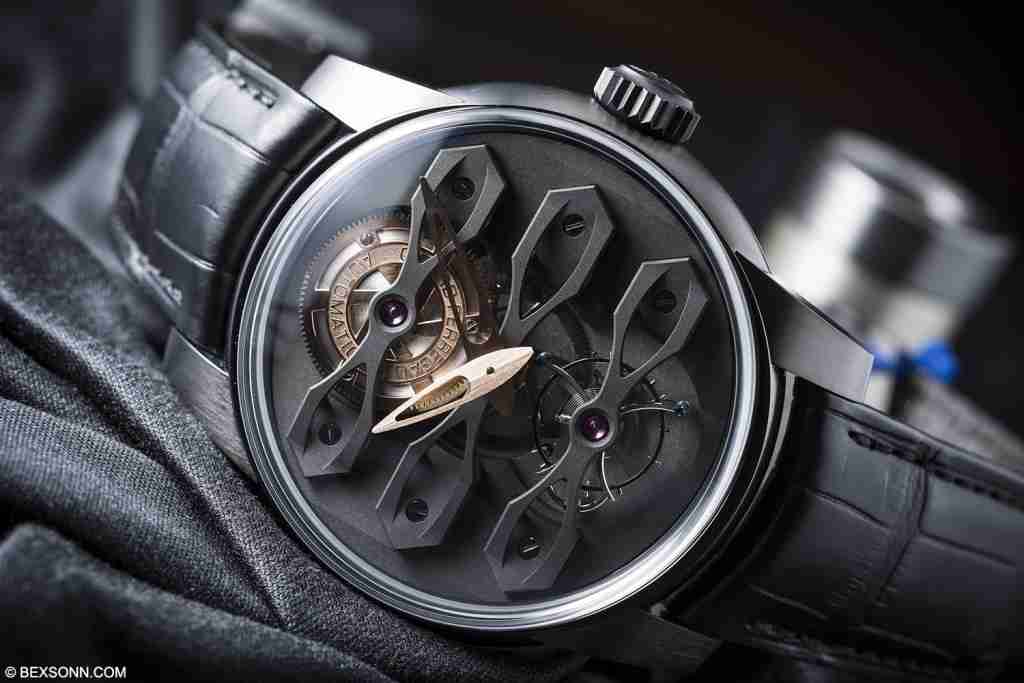 Neo Tourbillon with Three Bridges DLC Titanium: Last year at Baselworld GP introduced the Neo Tourbillon with Three Bridges, this year GP have lightened the Neo Tourbillon and given it the DLC treatment – making it a more stealth affair. The reinterpreted Girard-Perregaux Neo Tourbillon salutes the past and future with warm remembrance and boastful innovation. The timepiece sports 150 years of horological excellence as it strides confidently into the 3rd millennium, with its iconic three bridge tourbillon leading the way. The design of the three bridges was first introduced to the public in 1889, at the height of the industrial revolution at the Universal Exhibition in Paris by Girard-Perregaux himself, which went on to win a gold medal. 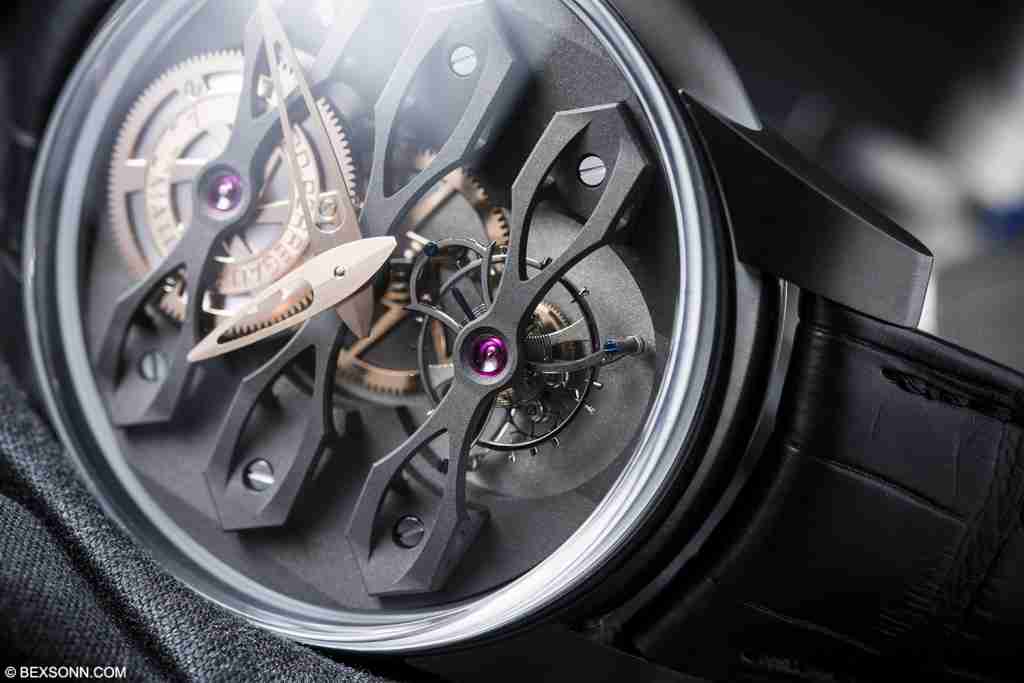 The Neo Tourbillon with Three Bridges it resembles a triple reinforced vault door: authoritative and precisely beautiful. The modern sandblasted bridge’s design curves deliberately to emphasise the omnipotence of the mechanism and are PVD treated. The continuation of horological engineering is persistent and prominent with this watch manufacture and this specific timepiece, whilst not disturbing its physical beauty. 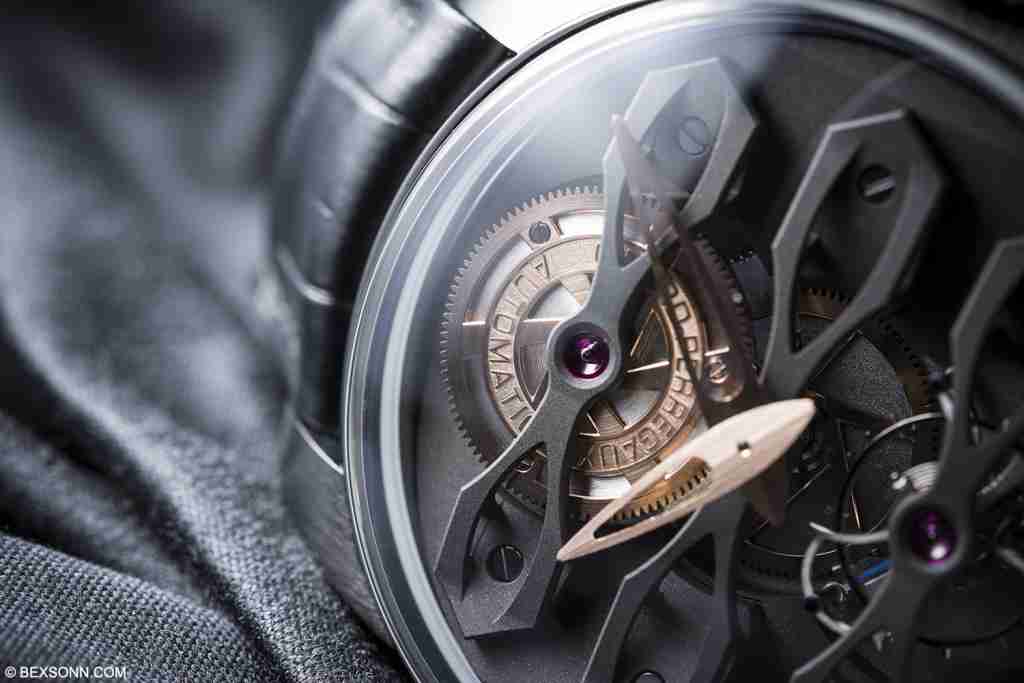 Averting your attention to the beautifully sculpted dial, you’ll see the interesting style of watch hands used are Dauphine skeletonised in stylish regal gold. The sophisticated plate is constructed to resemble a frame, which eradicates the need for a bezel, and emphasises the 80-component tourbillon cage. Constructed from titanium, as in traditional steel versions, it also features fine watch-making finishing with ‘traits tirés’ surfaces and hand chamfered ridges. The entirety of the bridges and tourbillon are protected by super-convex crystal, not only does this frame the dial but it also allows the Three Bridges construction to be viewed from the side, giving the dial a true three-dimensional effect. 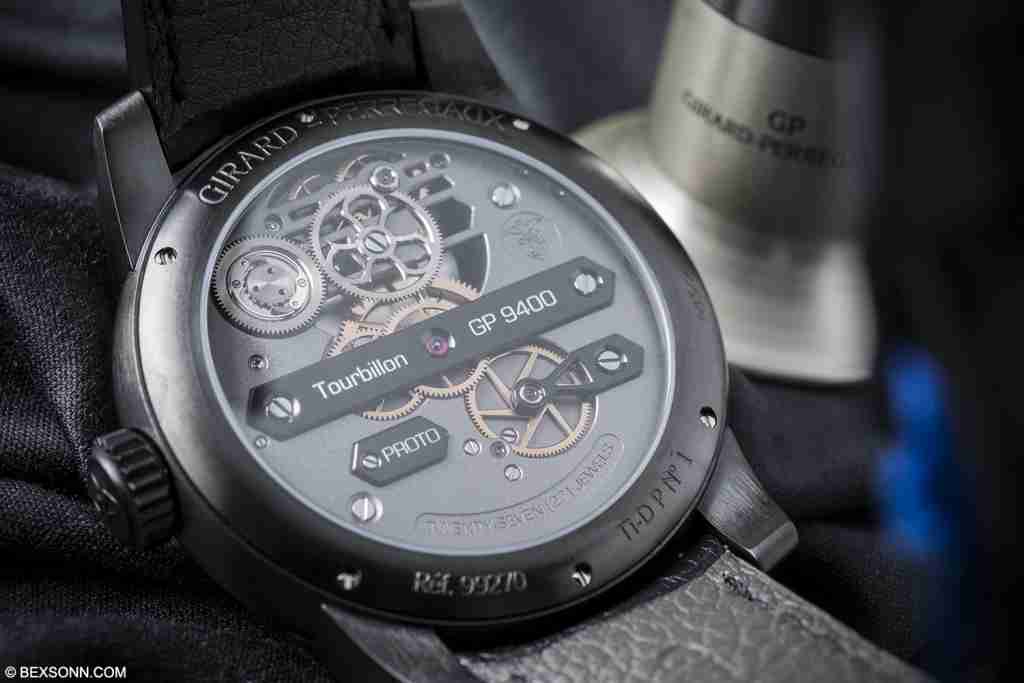 Turning the timepiece over you will notice that the exhibition case base allows you to admire the matte base plate movement, which is stamped with the Girard-Perregaux shield. It has a 60-hour power reserve, like the original gold version and is water-resistant to 30 meters. As mentioned before the 45mm case is constructed of lightweight titanium DLC and treated with PVD, giving it a supreme black colour. It of course goes without saying that the materials used for the Neo Tourbillon with Three Bridges DLC, makes it extremely light but surprisingly comfortable to wear. 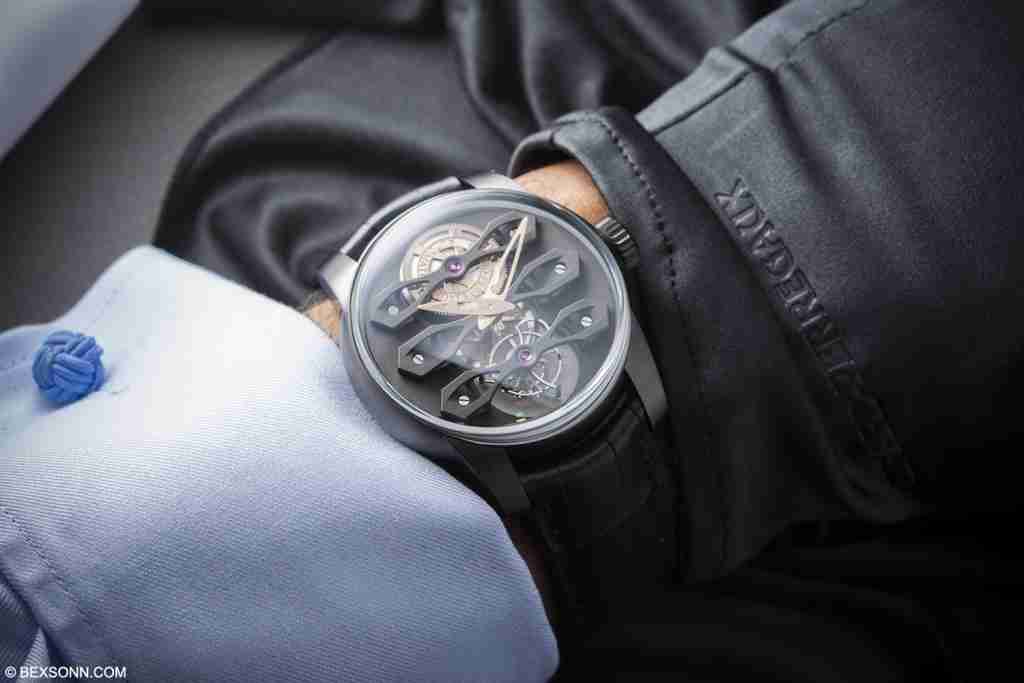 For more information on the Neo Tourbillon with Three Bridges DLC, visit the official Girard-Perregaux website.