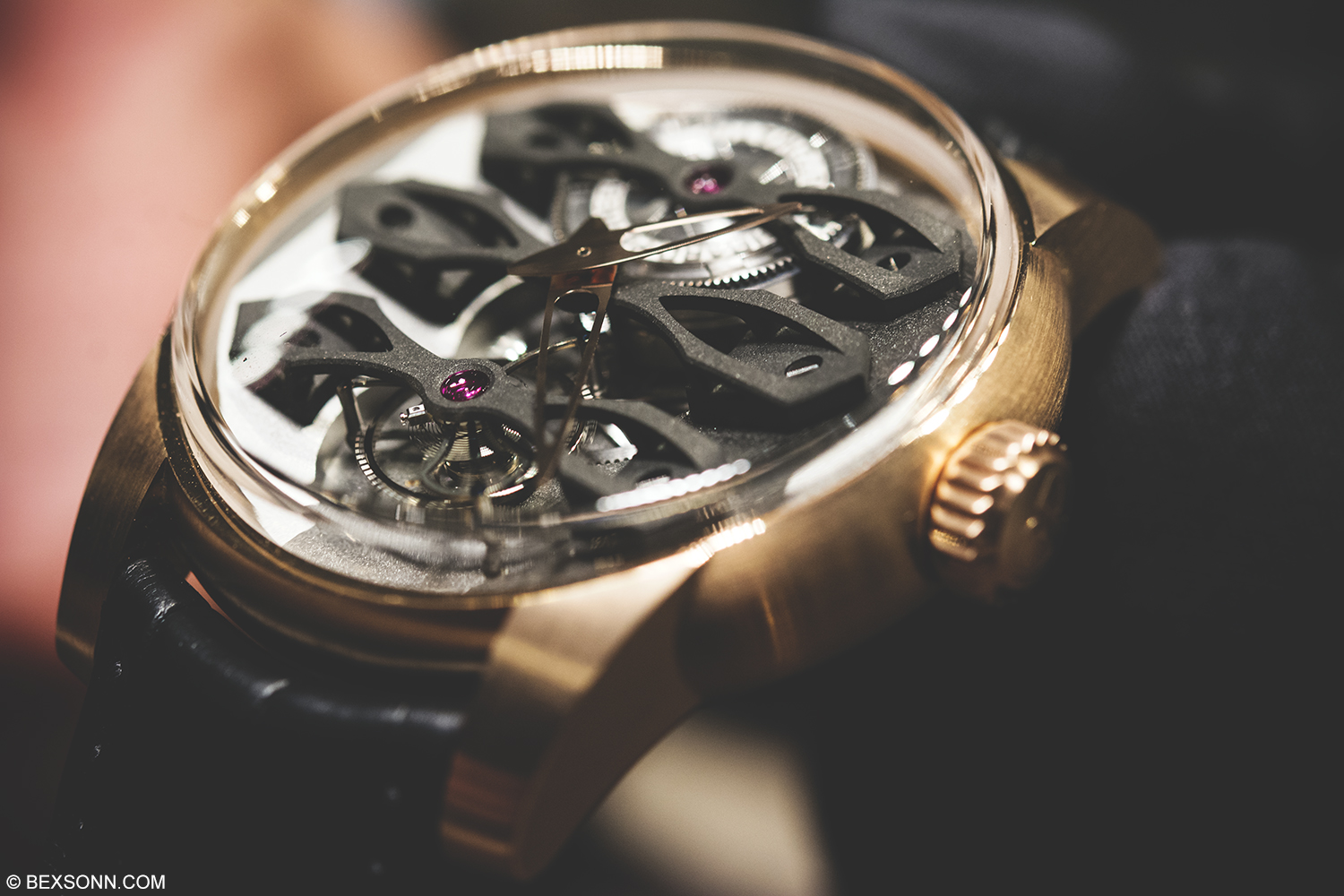 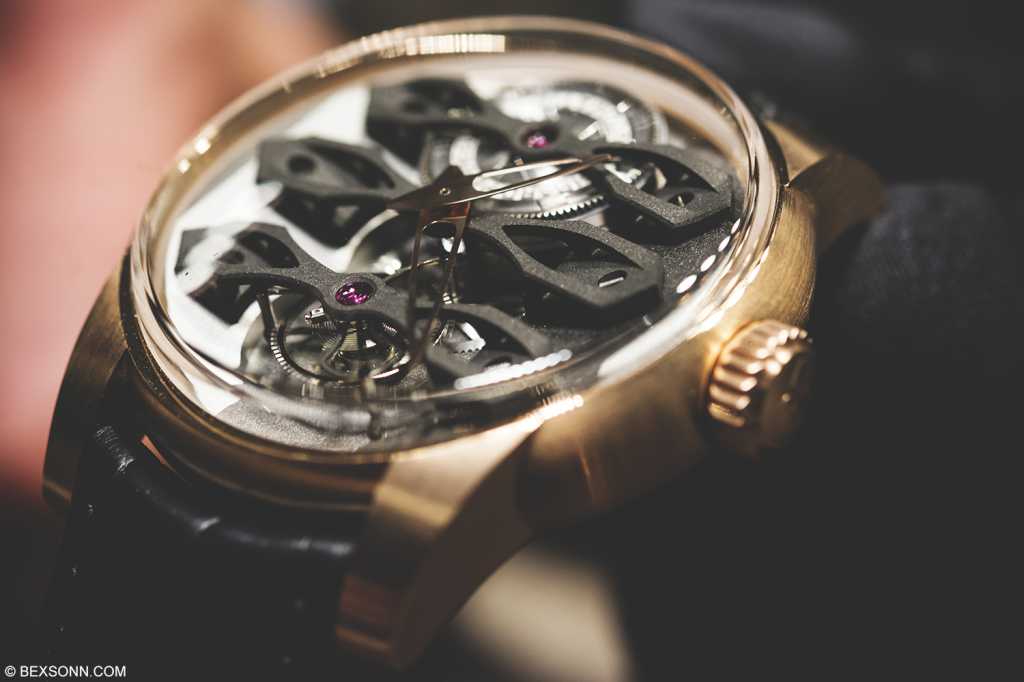 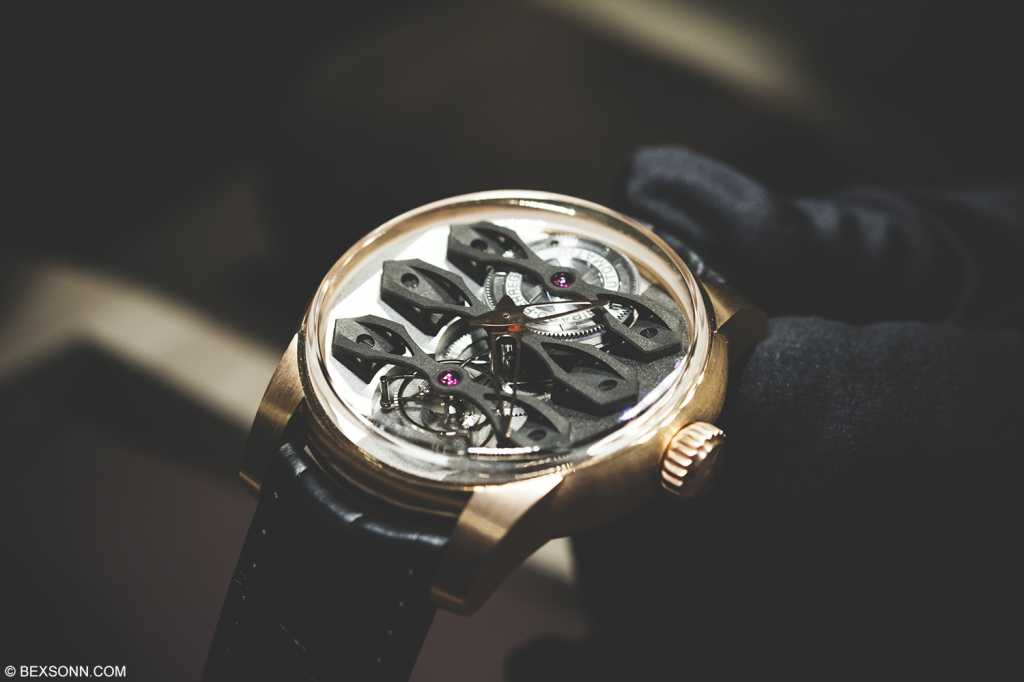 This new quest begins with the titanium Three Bridges, which have been skeletonised, sandblasted and black PVD treated to give them an even more lightweight appearance. So when seen from above, they appear to have a slightly oval-shaped cut on each side, however, this is also in keeping with the shape of the skeletonised hands. The Bridges are arched over the exposed gearing, mainspring, escapement and tourbillon cage and are secured to the gently inclined sandblasted, ruthenium anthracite mainplate – which features a grey colour that nicely contrasts with the black Bridges. 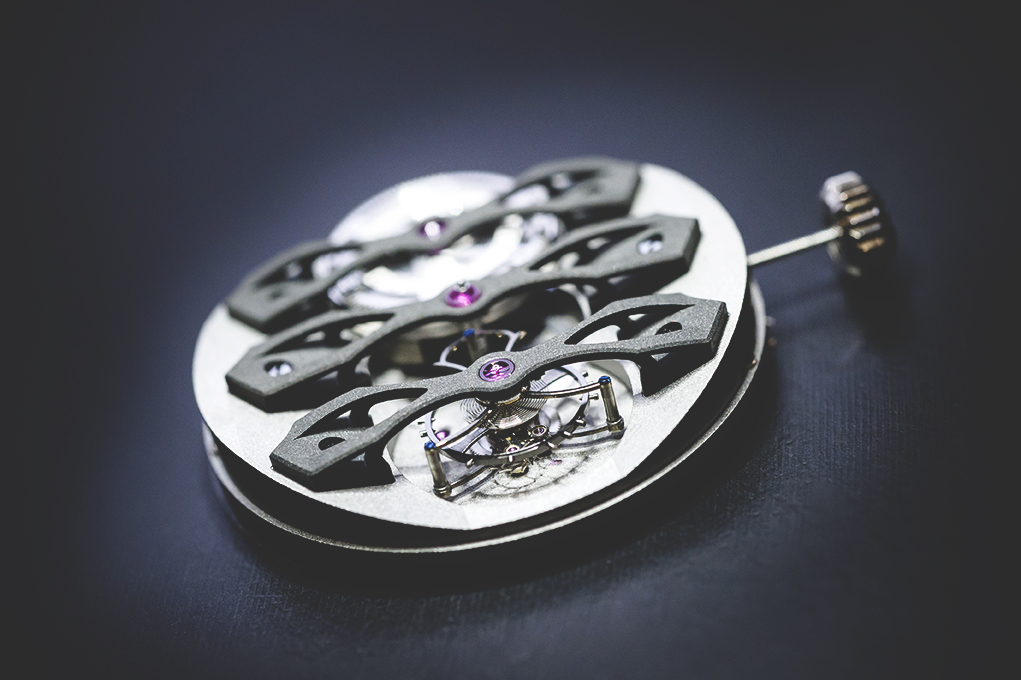 To help, even more, the three-dimensional effect is the protective domed sapphire crystal glass. This glass sits naturally flush against the edge of the case, eliminating the bezel creating a very open box-like window. What is very cool about the sapphire crystal, is that GP were clever in designing its shape making sure it didn’t create any visual distortions and also allowing the movement to be observed from the side. The case is made of pink gold with alternating satin-finished and polished surfaces. The case measures 45mm in diameter and 14.45mm in height, and while this may sound quite large – in reality the case almost serves as just a vessel that house the Neo-Tourbillon Haute Horlogerie creation. 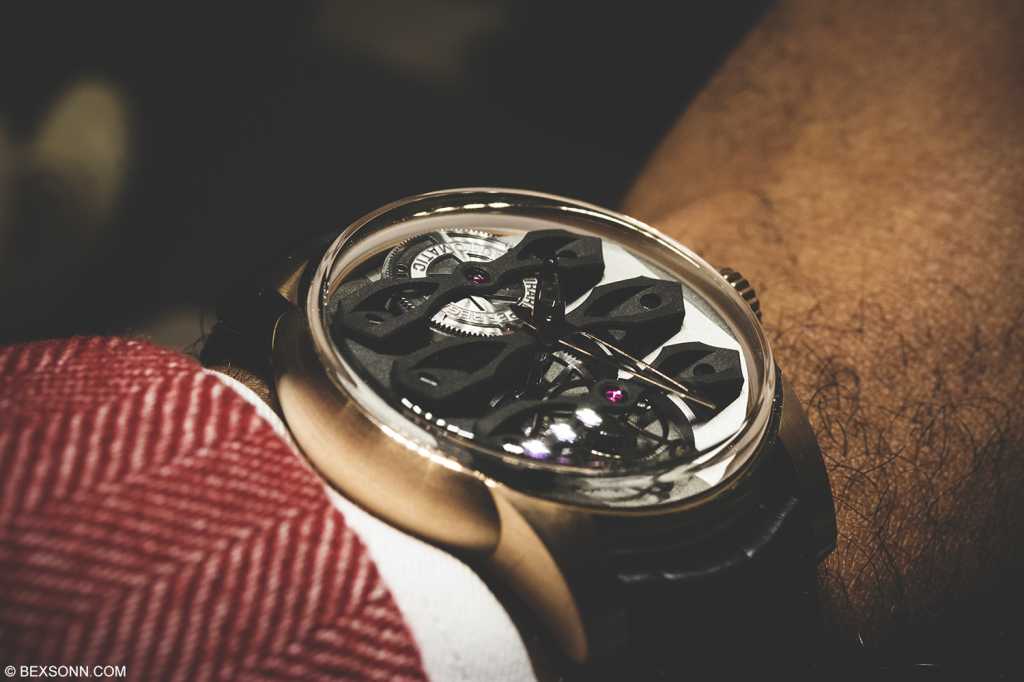 Aesthetically, the Neo-Tourbillon is just beautiful but the real star of the show is the brand new movement, the calibre GP09400. Consisting for 245 components the movement is larger than its predecessors and features a symmetrical design, that really highlights, the tourbillon at 6’oclock and the barrel at 12 o’clock underneath the Three Bridges. What is quite interesting when peering into the rear of the Neo-Tourbillon is that you’d be forgiven for thinking that it’s a manually wound watch. In fact what GP have cleverly done is position a micro-rotor under the barrel. Not only does this ingenious design optimize performance but also allowed GP to use a larger barrel drum, ensuring a guaranteed power reserve of up to 72 hours. 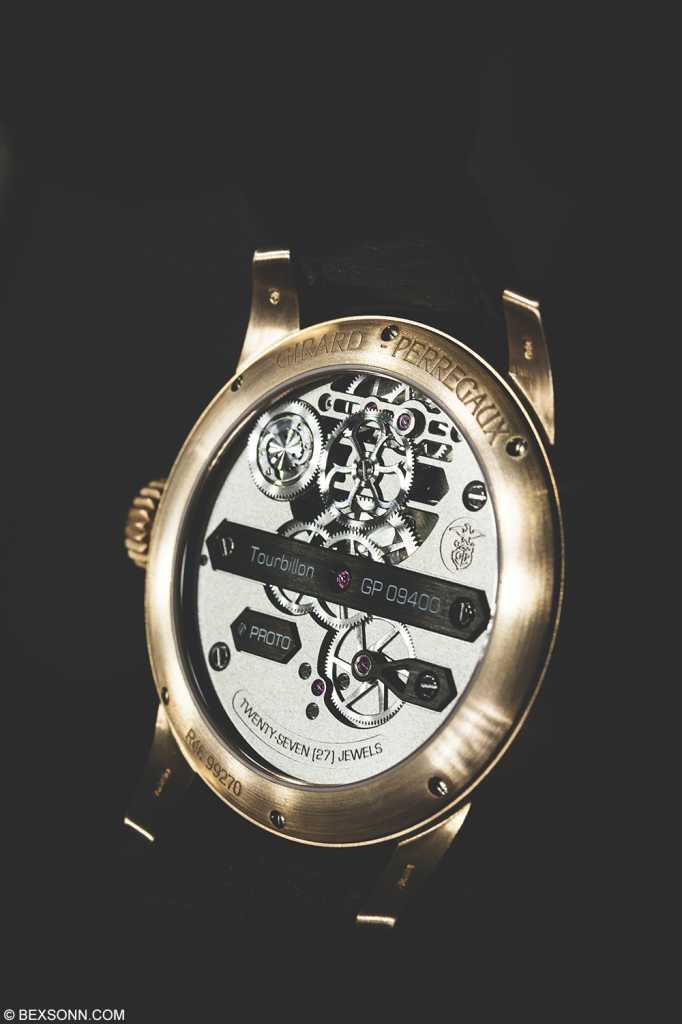 Like the bridges, the tourbillon cage has also been made of titanium and although it measure a larger-than-average 14.44mm it only weighs 0.25 grams. Inside the cage the balance wheel beats at a frequency of 3 Hz, completing a full rotation every minute.

Generally, we feel Girard-Perregaux are often overlooked but they’ve proved to the world of haute horlogerie that they are definitely one of the best. If you just look at last years results at the Grand Prix d’Horlogerie de Genève (GPHG) , in which GP were awarded the most coveted “Aiguille d’Or” for their Constant Escapement L.M. They are forever developing new ideas and this Neo-Tourbillon is evidence of that. It is a refreshing new take on a design that is a 150 years old. GP have joined elegance and new materials to create a work of art. 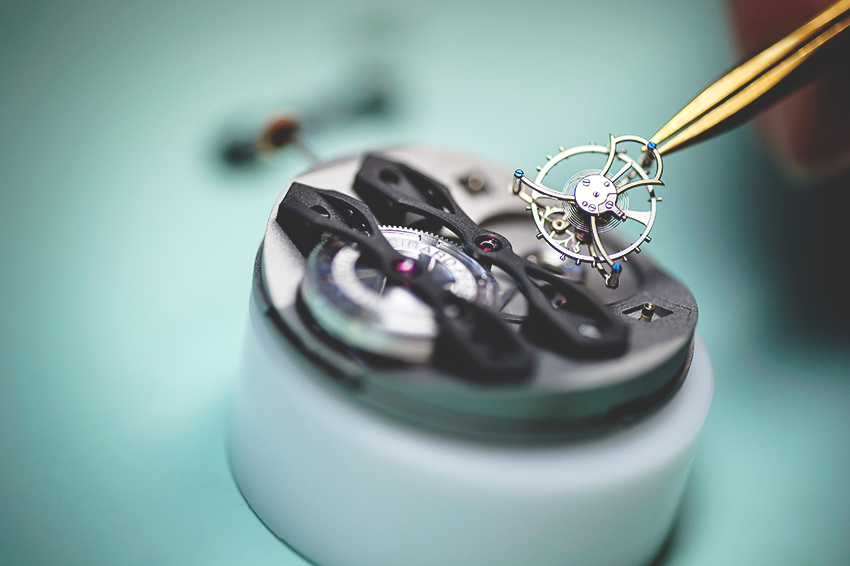 The Neo-Tourbillon with Three Bridges will be available to purchase in October 2014 and will cost approximately €140,000.For more information on the Neo-Tourbillon, visit the official Girard-Perregaux website. 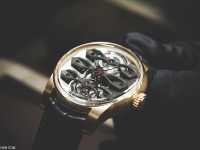 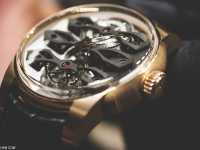 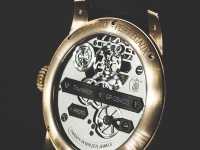 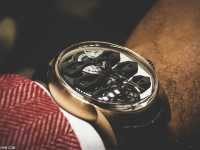 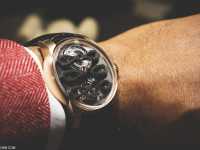 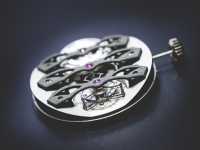 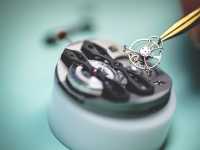 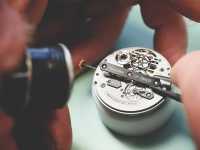 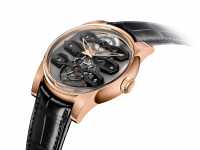