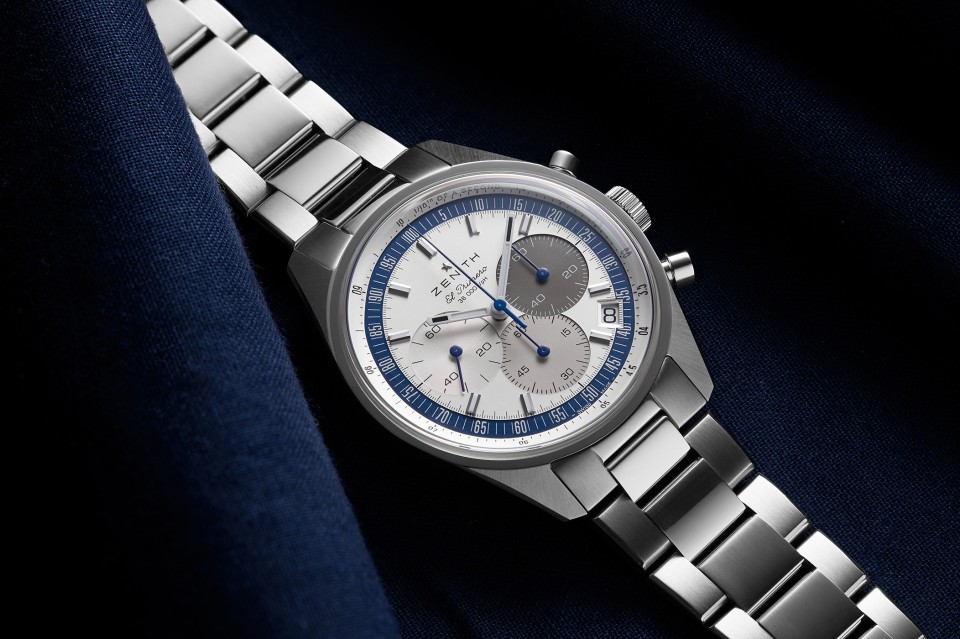 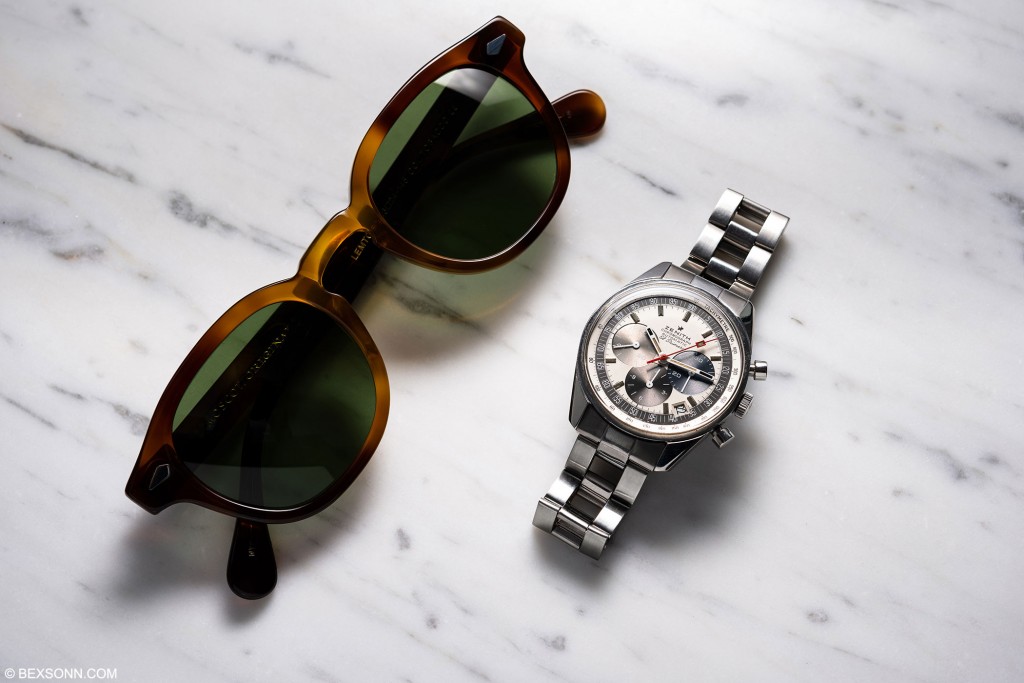 The El Primero is a legend within its own right however, there is a much debated story behind it. During the early 1960s there was a race on to see who could create the world’s first self-winding (automatic) chronograph. There were of course a few companies that shared an interest in claiming this technological breakthrough: Heuer/Buren-Hamilton/Breitling. However, there were also a couple of silent watch manufactures working on this advance too: in the Far East was Seiko, who were busy working on their own version and then there was the company from Le Locle; Zenith. While there is a debate on who was first, there’s no doubt that Zenith were first to announce the El Primero, with three different references. The A384, the A385 and of course the model that is the basis for this revival, the A386.

It is well documented that during the quartz crisis many watch manufactures closed down or there was a downturn in mechanical watch production. It is noted that senior Zenith engineer from the ébauches department, Charles Vermot had hidden away countless artefacts and pristine preserved tools in the 1970s during the quartz crisis in a rather unassuming attic. 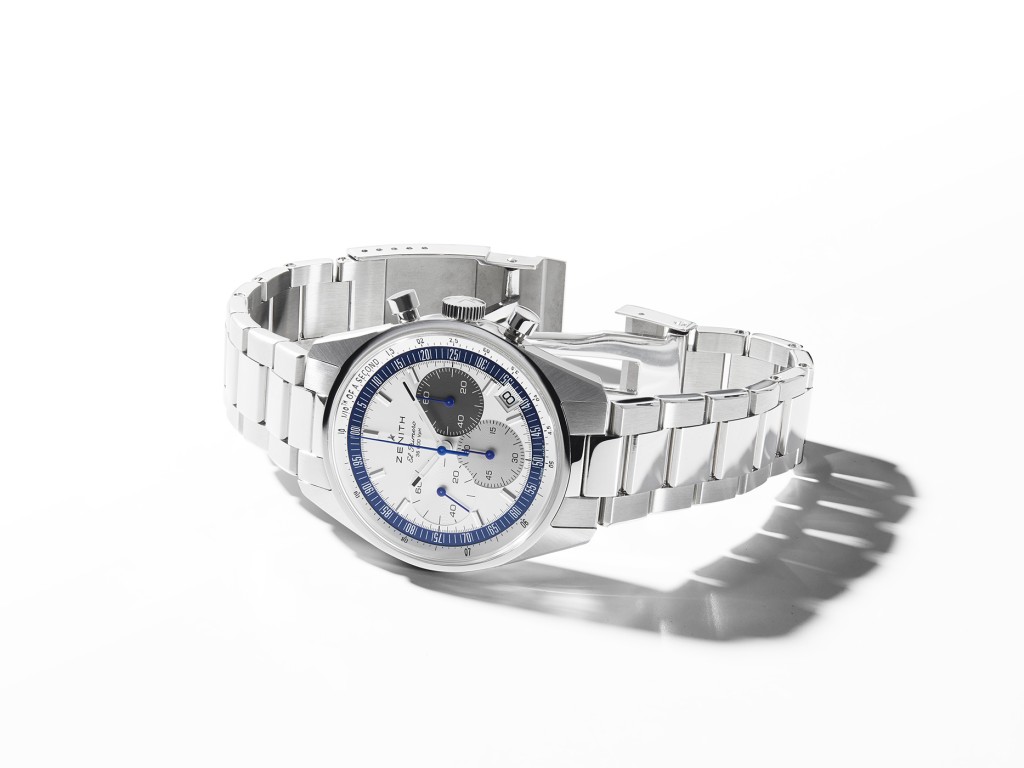 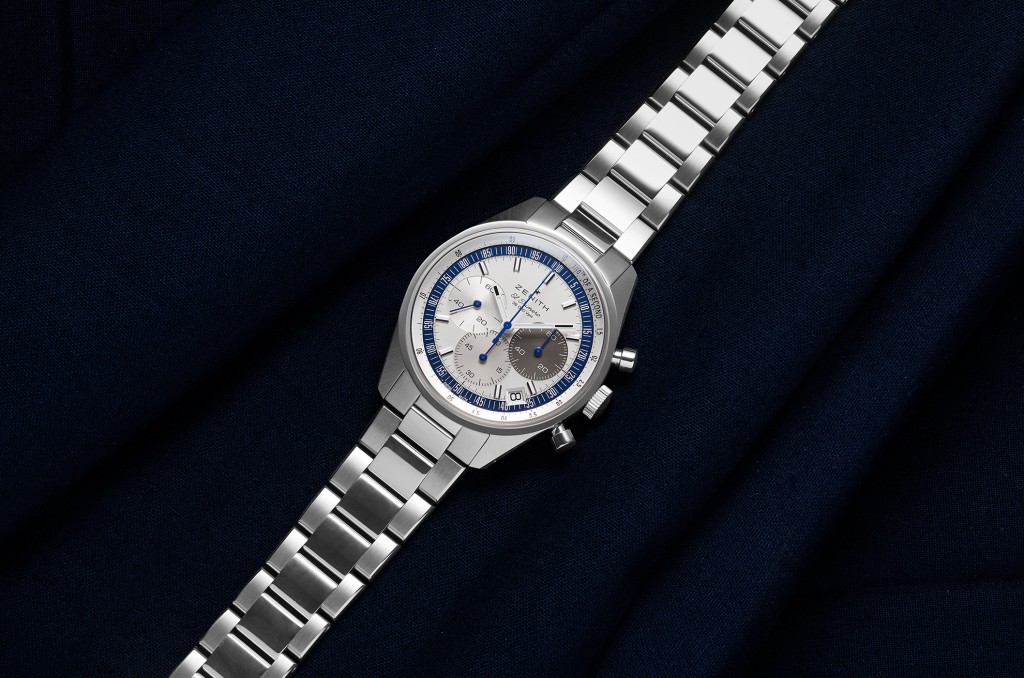 Introduced in 2021, the Zenith Chronomaster Original instantly recalls the original Zenith A386 of 1969, but with updates in both design and performance that ensure both modernity and a unique function true to the innovative spirit of the El Primero. For this special edition, the 38mm stainless steel case with pump-style pushers has been retained, very close to that of the A386 from 1969, however, in-order to create this limited edition the dial has been given a unique colour palette. The signature overlapping chronograph sub dials are now in graduated shades of grey against a matte white dial. These are surrounded by a striking contrast blue 1/10th of a second scale that runs around the dial’s outside edge. The outcome is rather effective, making the dial stark in contrast.

When released in 1969, the El Primero A386 housed a chronograph calibre able to beat at 36,000 vph or 5hz – making it at the time the world’s first high-frequency movement. The Zenith x Watches of Switzerland Group Chronomaster Original Limited Edition picks up the story. It’s powered by the El Primero 3600 calibre, which delivers a 1/10th of a second chronograph, a date window between 4 and 5 o’clock, and a 60-hour power reserve. This movement is visible through a sapphire case back, offering the wearer a glimpse of the levers and gears.