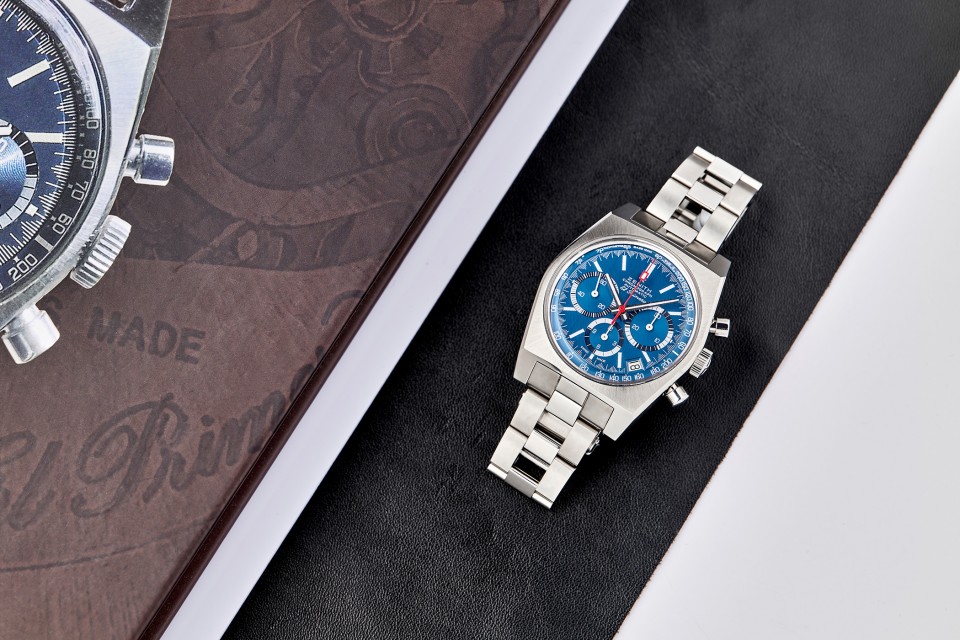 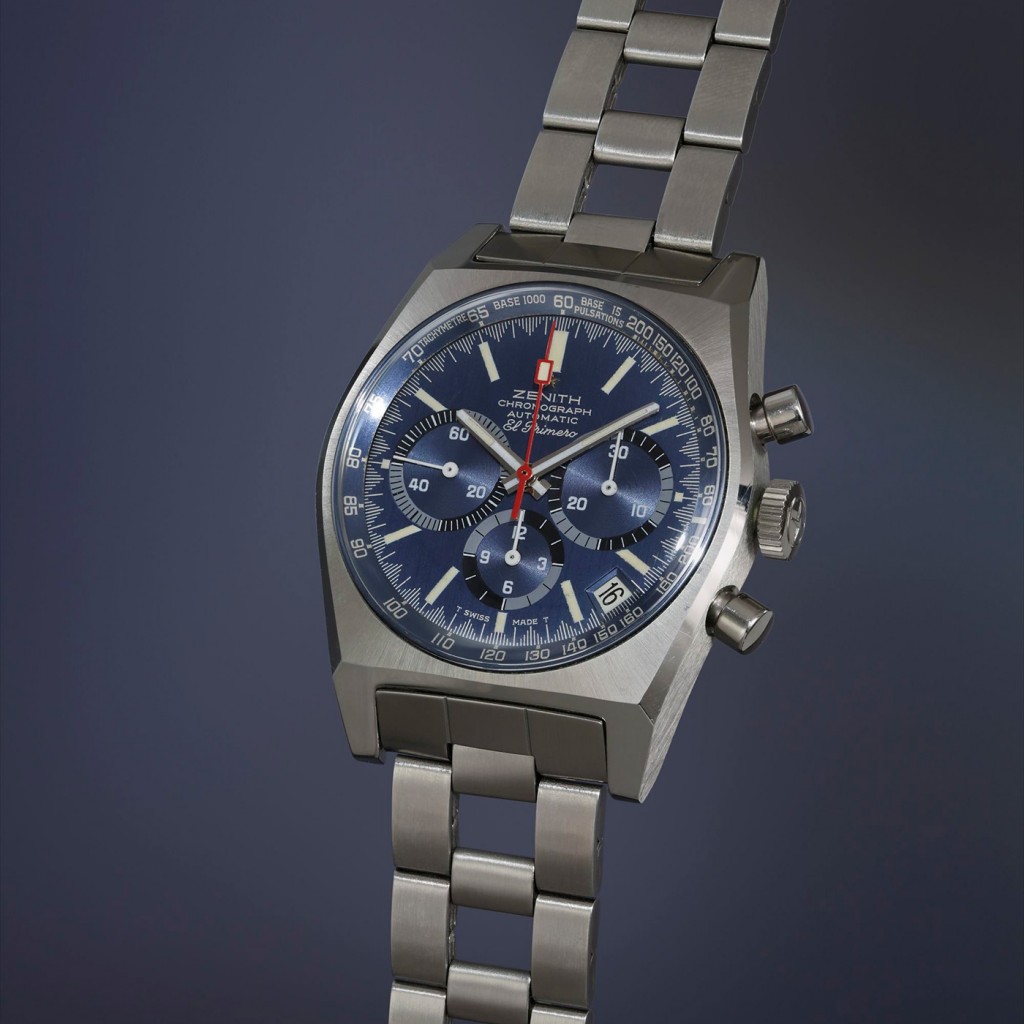 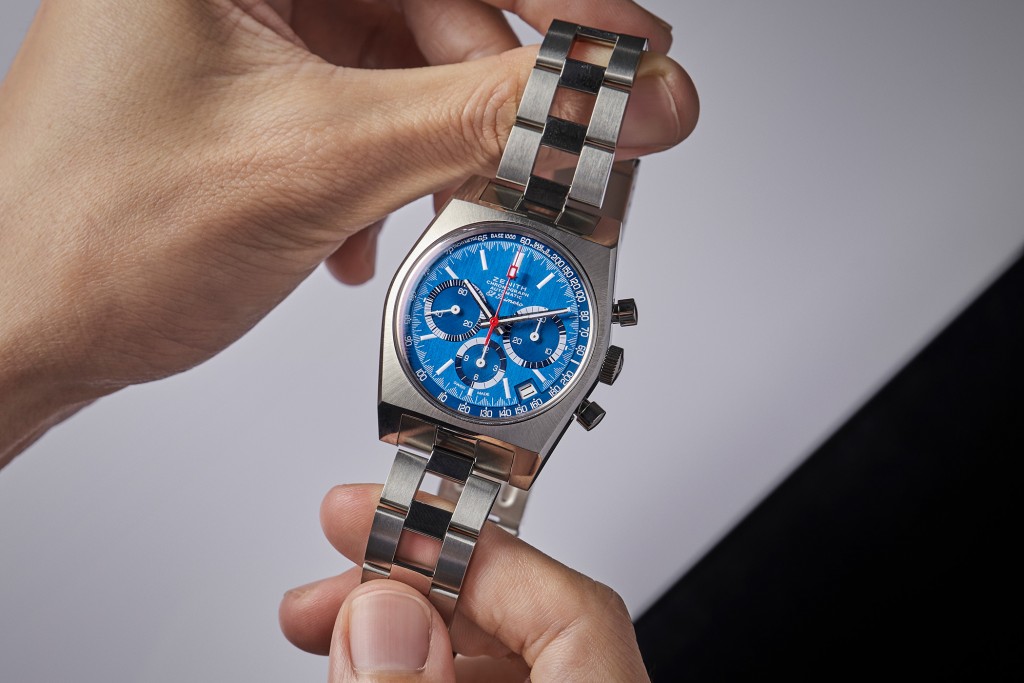 To be more specific, the exact reference number this revival model is based on is the A8318; otherwise known as “Cover Girl”, thanks to its appearance on the front of Manfred Rössler’s book Zenith: Swiss Watch Manufacture Since 1865. However, the reason as to why the watch ended up on the cover of Manfred Rössler’s Zenith book is actually rather straightforward; the man himself simply loved blue dials. Though, I think what is rather cool is just how uniquely different the dial is and displays the era from whence it came. 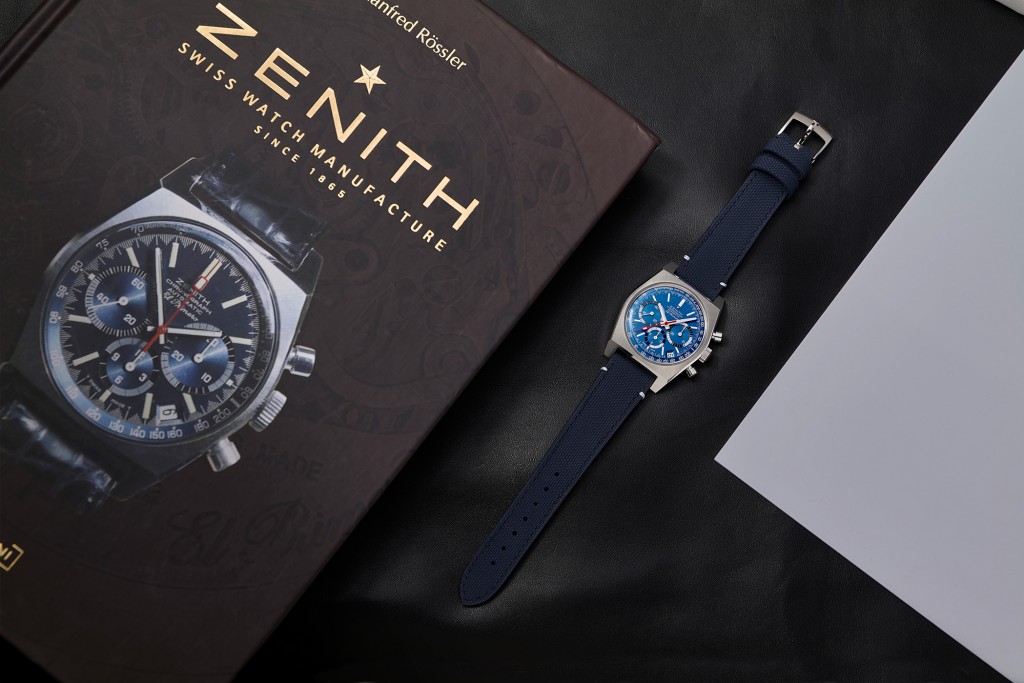 Zenith x Revolution re-released this watch a couple of years ago but for its 50th anniversary chose to change things up a little. So, while the appearance of the watch remains the same the drastic change is only tangible. The weight of the watch has gone from being 110.6g to 78.2g – this is quite the difference and obviously there was only really one metal that could make such a dent in its weight: titanium. 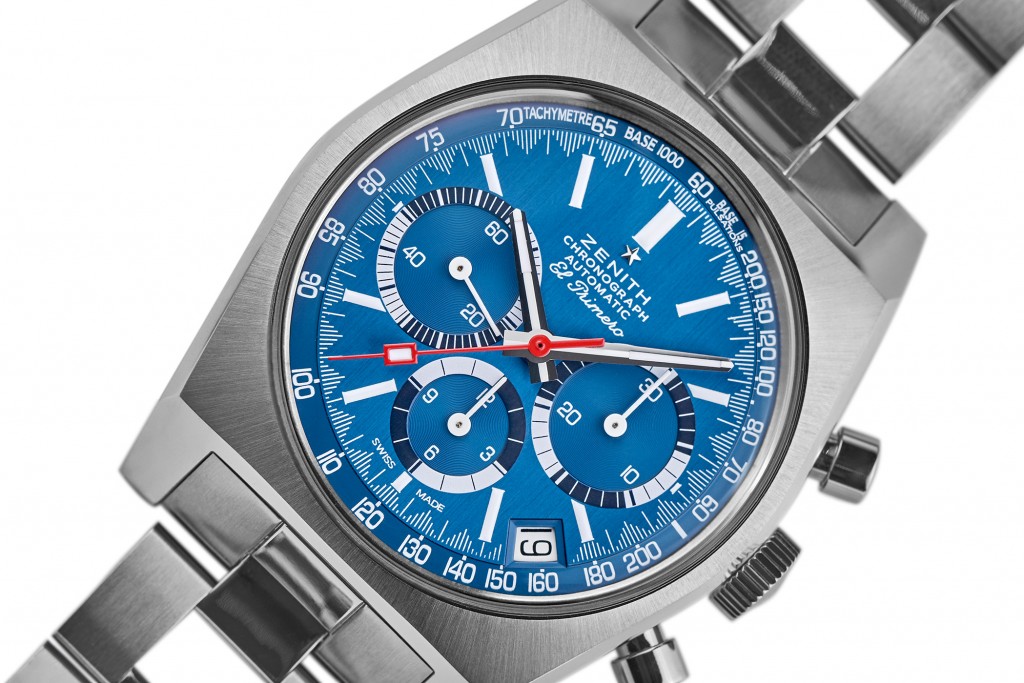 The 37mm Grade 5 titanium tonneau shape of the A3818 is emblematic of the era in which it was born, featuring multiple facets and curves creating the required vintage-retro look, which has been perfectly distilled in this latest Zenith x Revolution special edition A8318 revival. To distinguish this piece from the one introduced in 2020, if you look closely, you’ll notice the iconic Gay Frères designed, ladder-style bracelet that omits every other traditional centre link, has been polished.

The satin blue dial of this revival model has been meticulously re-created and most importantly, features the iconic stepped or uneven racing track demarcated with thin radial lines that look like a shark’s tooth. These tiny lines, designed almost like a soundwave, lead the eye towards the integrated pulsation and tachymeter scale above the minute track. However, it is important to note that there are precisely 300 of these ultra-thin markers on the dial, which serves a purpose. That said, to make sure this was a little different from the original you’ll noticed every feature of the dial is luminescent.

The A8318 “Cover Girl” houses Zenith’s El Primero chronograph calibre 400, which is capable of 36,000vph – thus having 300 of these ultra-thin markers on the dial, allows you to read the chronograph seconds to an accuracy of 1/10th of a second.

The Zenith x Revolution Chronomaster Revival Ref. A3818 “Cover Girl”, is limited to 250 pieces worldwide and is priced at £6,587. It also comes with an additional beige strap and blue racing strap, for more information visit revolution.com.