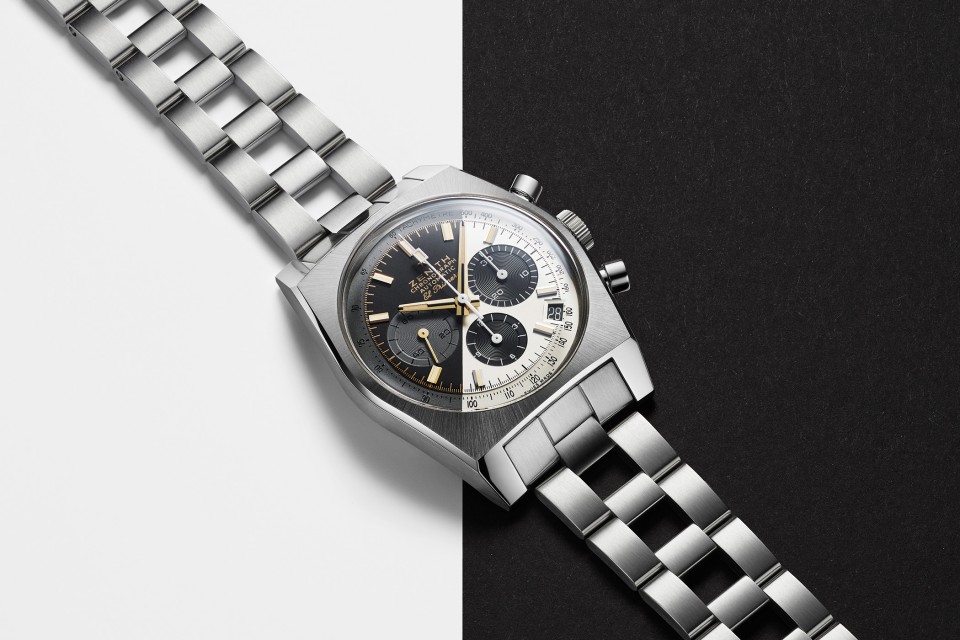 You’ve likely heard me say this before, but it seems that for the past few years, Zenith use the first month of the year to remind us that the Zenith El Primero is quite simply one of the most important chronographs in watchmaking history. As we all know, chronographs have been around since the 19th century but it wasn’t that long ago that automatic chronographs were introduced. It was only as recently as the 1960s that there was a push to invent an automatic chronograph and while Zenith can be considered the first, it wasn’t quite that straight forward. 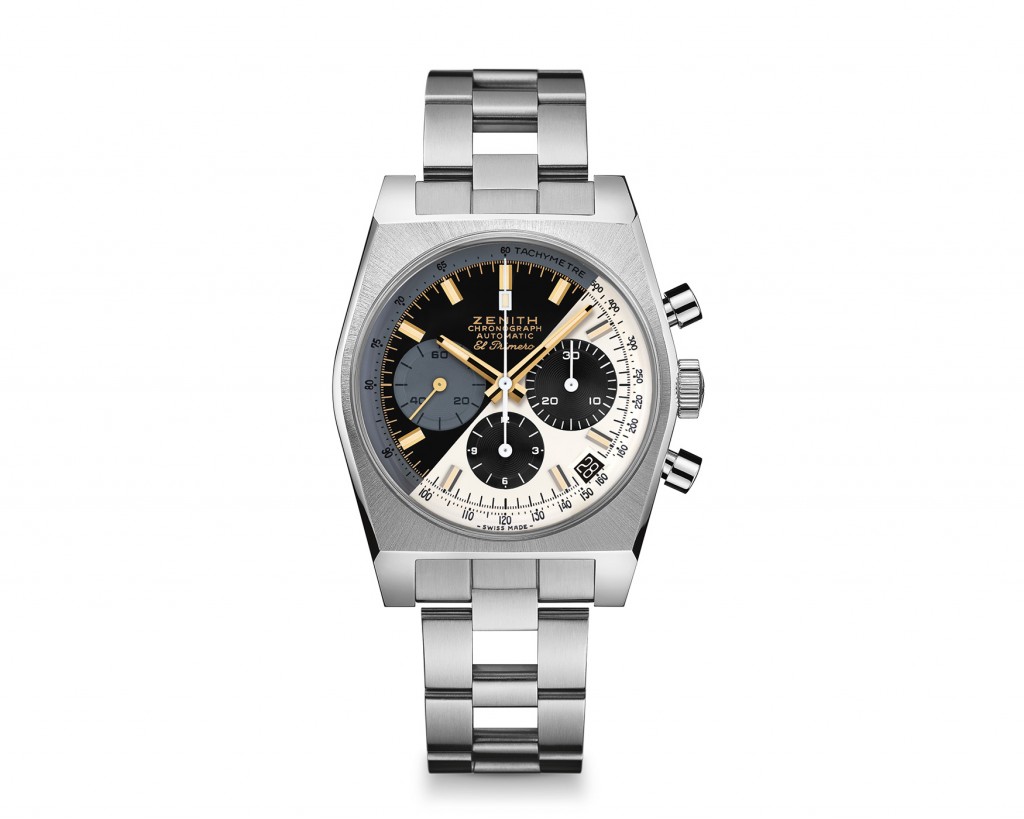 In 2019, Zenith became the first manufacture to produce a watch directly inspired by a depiction in a Japanese manga and anime series. In the very first episode of the animated Lupin The Third series, Daisuke Jigen, the right-hand man and best friend of the title character Lupin III, is portrayed wearing a watch based on the A384 with a black, grey and gilt dial that had never actually existed. And in the final episode of the first series, Jigen is again portrayed to be wearing another Zenith chronograph, but with a different “panda” dial that also never existed.

Nearly 50 years after the initial airing of the anime series, Zenith finally turned fantasy into reality in 2019 by producing the Chronomaster Revival Lupin The Third, using the instantly recognizable A384 tonneau-shaped case and recreating the unusual black dial depicted in the first episode. The following year, the second white and “panda” dial version were released. Now, the third and final limited edition in this collaboration has arrived, and it couldn’t be more Jekyll and Hyde: featuring both dials in one! 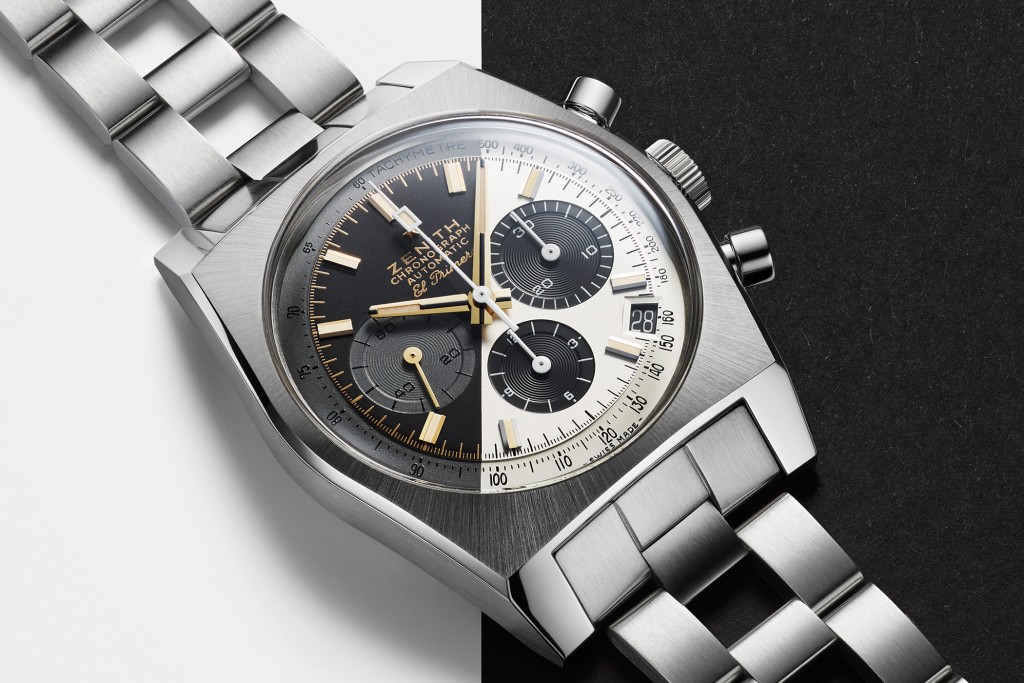 Limited to 250, this final limited edition combines two dials into one, featuring two colours that are stark in contrast, with asymmetrical halves cut in a diagonal fashion – combining all the elements from both the Zenith chronographs depicted in the first and final episode of the animated series’ first season. On one side, the first Chronomaster Revival Lupin The Third edition’s semi-glossy black dial with deep grey counters and golden applied markers and hands, and on the other side, the second edition’s creamy-white dial with contrasting black counters in a “panda” configuration with beige SuperLumiNova. While the dial appears to be rather playful and polarizing, it presented the team at the Zenith quite the challenge.

Creating a dial like this not only takes some doing but is also a long process, the blank dial is first finished entirely in a silvery-white colour on the right half, then the black chronograph counters are milled while the rest of the dial is protected with a layer of transparent and colourless lacquer. As the second half of the dial must be painted black, the other white half of the dial is given a protective layer. Naturally this has to be done correctly, if not colours can bleed into each other, ruining the dial. Another layer of complexity is added in that a third grey colour must be applied for the counters. With each step in the process, the chances of something going wrong increases. Completing one dial is a challenge but of course Zenith have created 250 of them, so it will be interesting to see it each dial is identical or if there are any minute nuances.

This rather special dial is housed in a 37mm titanium barrel-shaped case that is a reproduction of the 1969 A384 case in proportions and finish. It’s paired with the iconic ladder bracelet originally designed by the famed Gay Frères fashioned out of titanium. At the heart of this limited-edition piece is the El Primero automatic high-frequency integrated chronograph calibre, visible through the sapphire display back that has been engraved with a drawing of Daisuke Jigen

The Zenith El Primero Chronomaster Revival Lupin The Third, as mentioned is limited to 250 pieces and is priced at £8,300. For more information on this new release, visit zenith-watches.com. 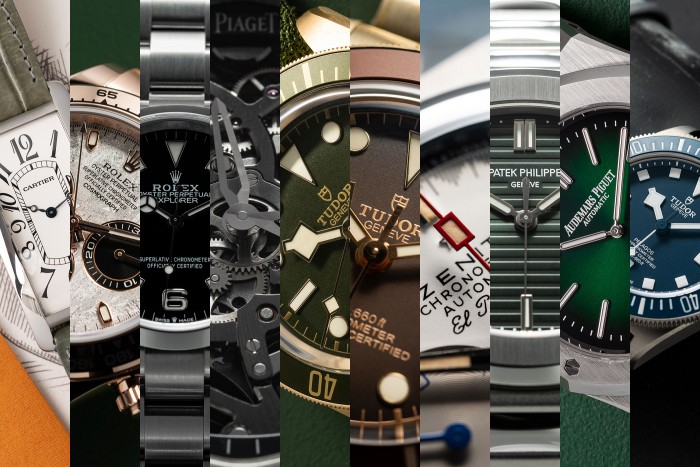