The Zenith Defy Revival A3642 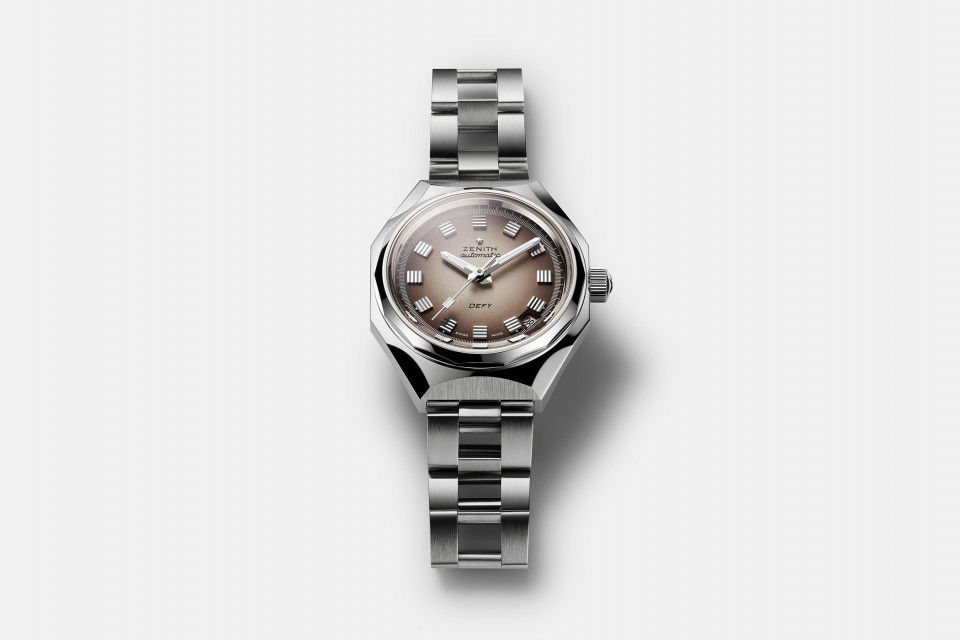 Last week looked at a timepiece from Zenith that was a third instalment in a series from the manufacture in the guise of a A384. You’ll know from previous post on here, Zenith like resurrecting some of their most iconic watches and this time around they’ve revived, arguably, one of their most instantly recognisable pieces. This week, Zenith reintroduced the first DEFY model from 1969. While we know that 1969 was the year that will forever be marked as a milestone year for Zenith and watchmaking at large with the unveiling of the El Primero calibre, another surprise from the Manufacture also made its debut that year.

Mechanical watchmaking in the 1970s was somewhat struggling, mainly because a new type of watchmaking that was not only more convenient but also cheaper to produce – this period for the Swiss watchmaking industry was known as the quartz crisis. Quartz watches were threatening to decimate traditional Swiss watchmaking, but Zenith proved that mechanical movements were here to stay by creating a timepiece with a singularly edgy design and robustness that mass-produced electronic watches of the time simply could not rival. 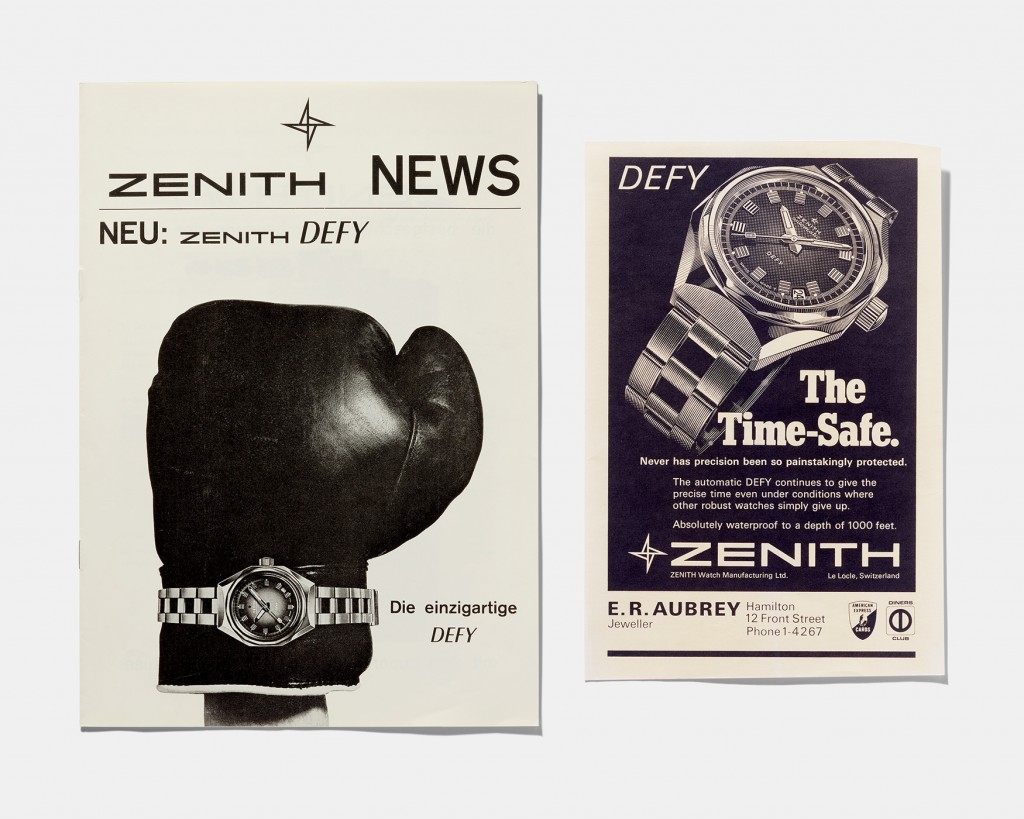 The piece that would be the torch bearer for this inspired new watch was the DEFY A3642, which opened new avenues of design and performance for the Manufacture to build upon. The A3642 was rather bold for its time, featuring an octagonal case paired with a fourteen-sided bezel is all about exhibiting audacity and ruggedness through sharply defined lines and facets with different finishes. Paired on a steel “ladder” bracelet designed and manufactured by the famed Gay Frères company, the original DEFY was certainly ahead of the curve when it comes to sporty steel bracelet watches with highly geometric designs. 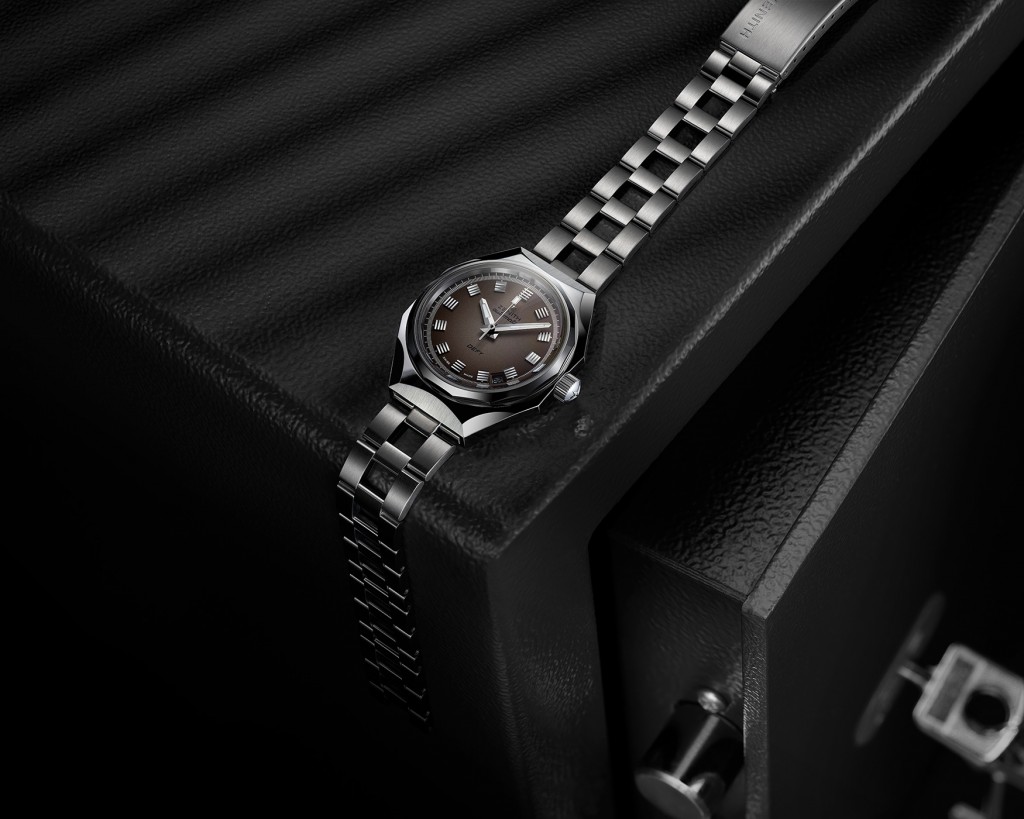 This new revival has been reproduced in accurate detail using the original production plans from 1969, the DEFY Revival A3642 brings back all the details and singular design elements that made the original standout in its era. The dial has been faithfully recreated, exhibiting a warm grey gradient dial and unusual applied square hour markers feature horizontal grooves that convey a sense of perpetual motion. The wide sword-shaped hands are filled with SuperLumiNova in a similar tone to Tritium found in the original, paired with a paddle-shaped seconds hand that is a prominent feature in numerous Zenith watches of the same era. In fact, the only cosmetic differences between the Revival and its progenitor are the sapphire crystal, the display case back and the type of luminescent pigments. 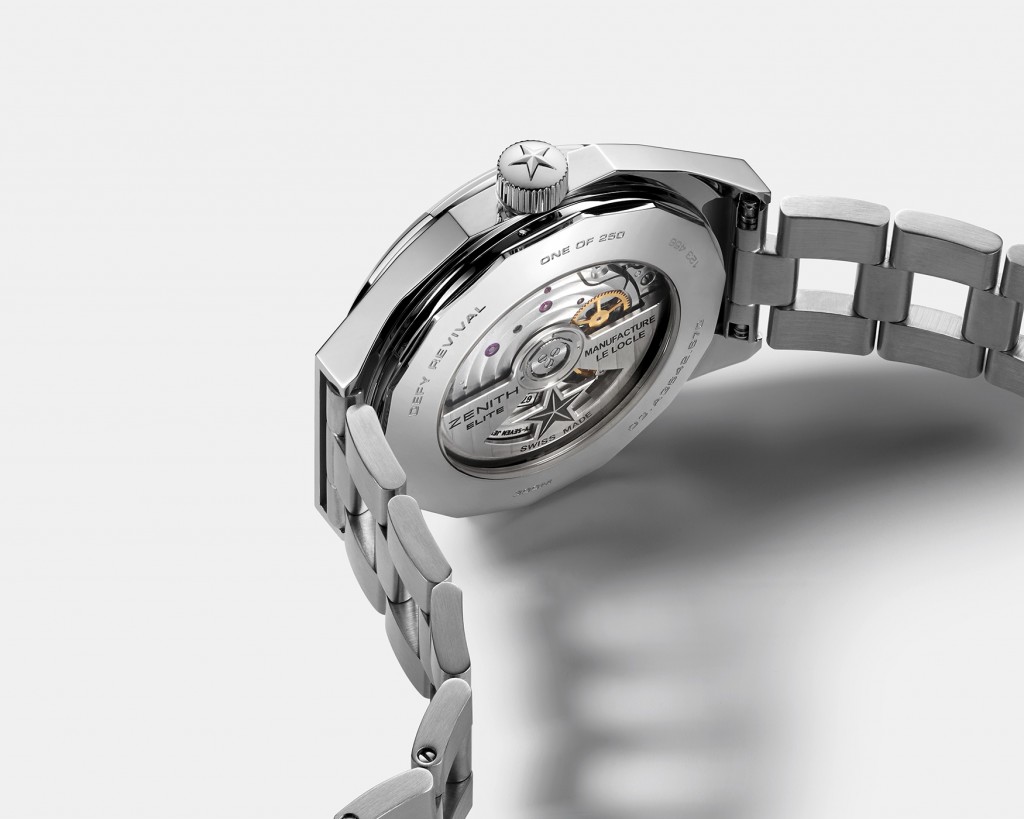 As mentioned, instead of the original’s solid case back emblazoned with a four- pointed star that became one of the brand’s logos, a design element that was seen throughout the years, the DEFY Revival A3642 features a sapphire display back showing the automatic Elite 670 manufacture movement, operating at a frequency of 4 Hz (28’800 VpH) and delivering a power reserve of 50 hours when fully wound.

This new DEFY revival from Zenith signifies the resurrection of one of the brands most edgy watch designs from the 1960s and highlights the brands tremendous back catalogue of iconic timepieces. This special Revival edition will be produced in a limited edition of 250 pieces, available at Zenith physical and online boutiques around the world.

The Zenith DEFY Revival A3642, as mentioned is limited to 250 pieces and is priced at £5,900. For more information on this new release, visit zenith-watches.com.