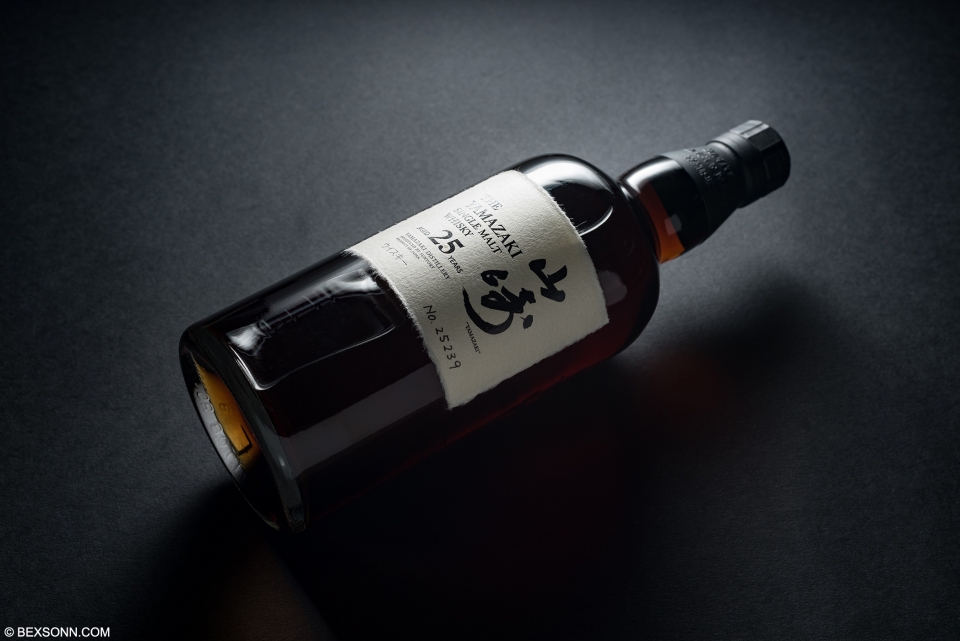 Yamazaki is one of the first Japanese distilleries to be built. Established in 1923 and situated in the vale of Yamazaki, the whisky is born from the natural craftsmanship and climate of Kyoto, Japan’s ancient capital, an area of dense bamboo grooves at the foot of Mt. Tennozan. In 1984, the Yamazaki 12-year-old single malt whisky was released. The 12-year-old expression is intense, confident and yet elegant: this single malt whisky directly presents these features of the Yamazaki distillery. That said, the 18-year-old expression only further enhances these characteristics. Over the past few years, Yamazaki has won the approval of many whisky aficionados alike, as well as winning a few awards along the way too. The 18-year-old expression has, somewhat, become the cornerstone of Yamazaki, tickling the taste buds of those who chose to venture further than the brilliantly balanced 12. That said, those who choose to go just that littler bit further shall reap the rewards of the delectable 25-year-old expression. Matured in Oloroso sherry casks, this single malt from Japan’s Yamazaki distillery has been aged for a quarter of a century to produce a decadently rich whisky. Limited to just 12,000 bottles each year, this 25-year-old is highly sought after.

On the nose: you’ll get a lovely waft of raisins, vanilla and a viscose like note, alongside rich tones of cherry, mizunara and strawberries. These initial notes are closely followed by black pepper, candy, a slight buttery flavour, aniseed, some subtle spices, cinnamon, nutmeg and dry oak. Finishing off the nose are notes of prunes, a tobacco like note, apricot and coffee. On the palate: you’ll be able to taste those strawberry jam like notes, followed by vanilla, sherry, candy floss and prunes. These are followed by notes of aniseed, stem ginger, some spices and a subtle coffee note. More rich currant like notes start to emerge, alongside some mizunara, tobacco and marzipan. Rounding off the nose are notes of red apples, a faint suggestion of treacle, acacia honey, shortbread and rich dark chocolate ganache. The finish: is long, sweet, spicy with lingering oaky nuttiness.

The verdict: It’s no secret that out of Suntory’s expressions, Yamazaki is by far the favourite and it is rather hot property these days. Honestly, it’s not hard to see why, the balance and richness of the 25-year-old expression is just sublime. While it’s rich, it also possess some delicious delicate notes that only become apparent the more the dram opens up. Bottled at 43% ABV, in my opinion, I don’t believe there is any need to add water, however, do so if required. Also leaving it to breathe for up to 10 minutes, also yields more depth in flavour.

Suntory Yamazaki 25 Year Old Japanese Single Malt Whisky, can be found online or in-store at any well-stocked whisky shop from anywhere between £3000

For more information on this 25 year-old Yamazaki expression, visit the official Suntory website.