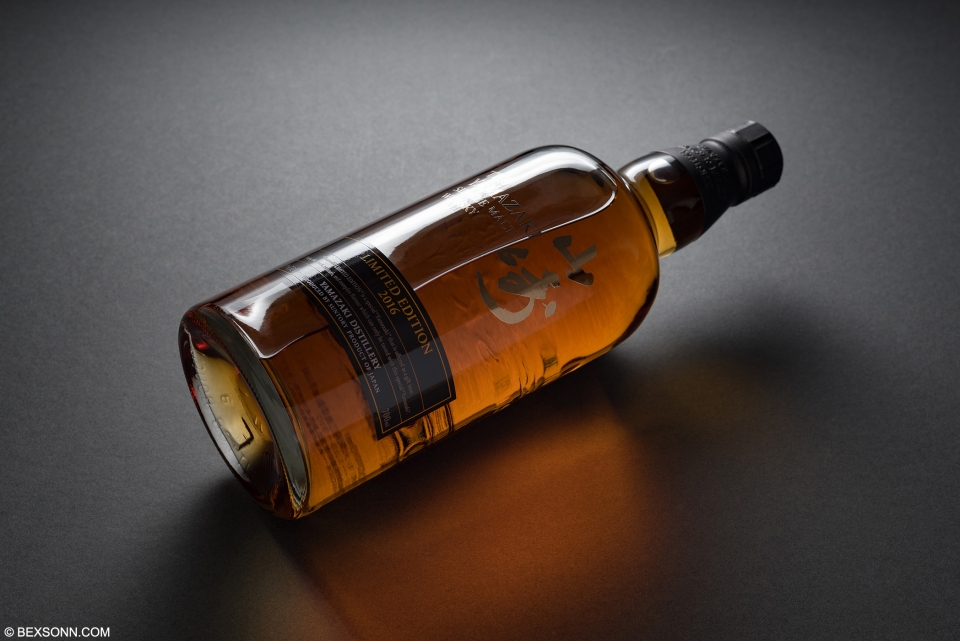 Yamazaki is one of the first Japanese distilleries to be built. Established in 1923 and situated in the vale of Yamazaki, the whisky is born from the natural craftsmanship and climate of Kyoto, Japan’s ancient capital, an area of dense bamboo grooves at the foot of Mt. Tennozan. In 1984, the Yamazaki 12-year-old single malt whisky was released. The 12-year-old expression is intense, confident and yet elegant: this single malt whisky directly presents these features of the Yamazaki distillery. That said, the 18-year-old expression only further enhances these characteristics. Over the past few years, Yamazaki has won the approval of many whisky aficionados alike, as well as winning a few awards along the way too. In 2014 the Yamazaki distillery created an annual release of Yamazaki titled: Limited Edition, along with the year it was released. For these limited editions, Suntory decided to use well-aged Sherry and Port matured whisky along with some “young talents” which have been matured in bourbon barrels and American oak. The result: an exceedingly delightful drop of liquid gold.

On the nose: you’ll get a lovely waft of pears, apples, peaches and raspberries, as well as vanilla, mizunara oak and roasted oats. These initial notes are followed by creme brûlée, cardamom, some light spices, cream soda, raisins, currants and blackberries. Completing the nose, is a hint of lemon zest, bananas, strawberries, melon, chocolate ganache, some treacle and sandalwood. On the palate: those pears are ever-present followed by bitter dark chocolate, Mizunara and smoke. These are followed by notes of peaches, creme brûlée, spices, cinnamon, cardamom and aniseed. Notes of toasted oats start to emerge, alongside tobacco. Rounding-off the palate are notes of roasted coffee beans, currants, treacle, honey and a hint of butterscotch. The finish: is long, sweet, spicy with lingering oaky nuttiness, bitter chocolate, smoke and burnt sugar.

The verdict: It almost goes without saying that Yamazaki Single Malt is one of the finest Japanese whiskies out there. But until now I’d not tasted any of the Yamazaki annual Limited Editions – Why? Simply because it hasn’t been that easy to get a hold of but as you can tell from my tasting notes, it has so much to offer. As mentioned Suntory having been doing these annual Limited Editions since 2014, however, up till now – the 2016 release is the only one to have won an award. It is a well-rounded whisky, with tonnes of depth in flavour that have been nicely balanced. Bottled at 43% ABV, in my opinion, I don’t believe there is any need to add water, however, do so if required. Also leaving it to breathe for up to 5 minutes, also yields more depth in flavour.

Suntory Yamazaki 2016 Limited Edition Single Malt Whisky, can be found online or in-store at any well-stocked whisky shop from anywhere between £200 – 400, depending on where you choose to purchase it.