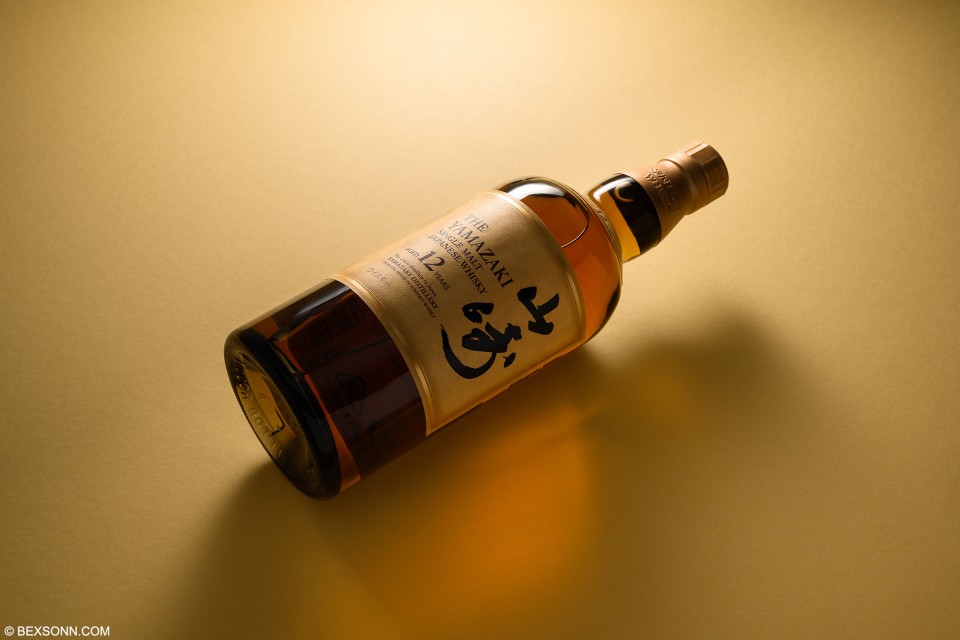 Yamazaki is one of the first Japanese distilleries to be built. Established in 1923 and situated in the vale of Yamazaki, the whisky is born from the natural craftsmanship and climate of Kyoto, Japan’s ancient capital, an area of dense bamboo grooves at the foot of Mt. Tennozan. In 1984, the Yamazaki 12-year-old single malt whisky was released. The 12-year-old expression is intense, confident and yet elegant: this single malt whisky directly presents these features of the Yamazaki distillery. That said, this isn’t the first time we’ve posted tasting notes on the 12you expression, however, it was such a long time ago and admittedly our nose and palates has somewhat become more refined, so we thought we’d revisit our favourite Yamazaki expression.

On the nose: you’ll get a lovely waft of honey, ripe plums, toffee and a hint of grapefruit zest. These are closely followed by notes of lychees, vanilla, brown sugar and hint of smoke. Notes of cinnamon, cardamom and start anise start to emerge, alongside notes of peaches, pineapple, oranges and cloves. Completing the nose are notes of ginger, butterscotch, apricots, tobacco and a leathery note. On the palate: you’ll be introduced to a touch of Japanese Mizunara oak, followed by honey, pineapple, grapefruit zest and a smoke. Notes of cinnamon and cloves start appear, as well as notes of coconut, cranberries and butterscotch. Rounding-off the palate are notes of peaches, figs, creme brulee, oranges, a hint of elderflower and candy sticks. The finish: is long, sweet, spicy with lingering oaky nuttiness and smoke.

The verdict: It’s no secret that out of Suntory’s expressions, Yamazaki is by far the favourite and it is rather hot property these days. Honestly, it’s not hard to see why, the balance and richness of the 12-year-old expression is just sublime. While it’s rich, it also possess some delicious delicate notes that only become apparent the more the dram opens up. Bottled at 43% ABV, in my opinion, I don’t believe there is any need to add water, however, do so if required. Also leaving it to breathe for up to 5-10 minutes, also yields more depth in flavour.

For more information on this 12 year-old Yamazaki expression, visit the official Suntory website.