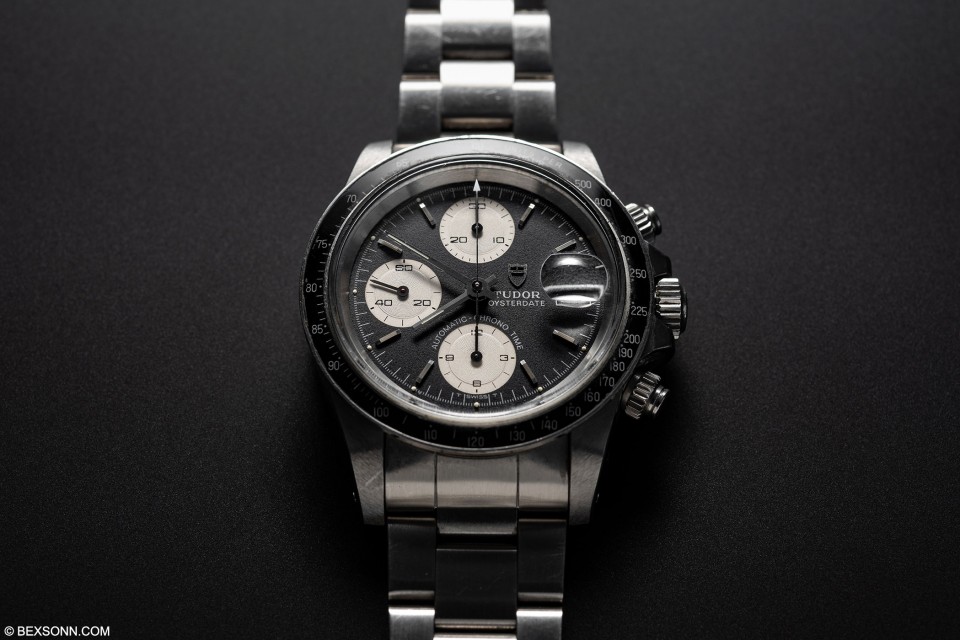 The November auction marks Watches of Knightsbridge’s last London auction of the year, though it doesn’t feel that long ago that we were going through their first 2019 catalogue. It perhaps goes without saying that we would inevitably highlight some of our favourite lots. Once again, it would appear Watches of Knightsbridge have opted for a more quality over quantity approach for this auction. Of course, we’ve picked just a handful to give you a taste of what is to come this weekend.

Lot 82: Born out of the product of passion, the Blancpain Fifty Fathoms, as many of you may or may not know, is the original divers watch. Named the “Fifty Fathoms” after the British measurement of 50 fathoms, which was then considered the maximum depth a diver could make, with the oxygen mixture used during those days. Released before the Seamaster and Submariner, it is perhaps this reason that Blancpain today are so revered. This Blancpain Fifty Fathoms is no ordinary example. If you look closely, you’ll notice this example features the inscription Technisub. Technisub was founded in 1963 by Luigi Ferraro former combat diver of the famous Gamma group of the Italian marine. Technisub was a distributor of Professional diving equipment including Spirotechnique, one of Blancpain’s main clients. Thanks to this connection Blancpain agreed to make a very small series of Fifty Fathoms featuring Technisub on the dial.

This particular examples 41mm case, appears to be in excellent condition, with small signs of wear and a rotating Bakelite bezel is in similar condition. Being a mid-sixties piece, this model displays the very cool “no radiation” symbol at 6 o’clock adhering to the luminous markers, which have patinated to a warm yellowish-orange. It is powered by a 17-jewel automatic, Blancpain Rayville SA, calibre R.310 movement. While this piece is perhaps not as sought-after as the earlier 1950s Fifty Fathoms, it is still just as important.

Lot 138: It’s not often we highlight bombe lug Seamaster 300s and while this one isn’t extremely special in any notable way; I just couldn’t help but admire its overall excellent condition. It perhaps goes without saying that Military Omega Seamaster 300’s have become rather popular over the past few years and interest in them have grown. While run-of-the-mill Seamaster’s, such as this present lot, aren’t that rare, in my humble opinion are think they are still cool, though perhaps not as cool as the CK2913’s. However, these bombe lugs variants still demand respect.

This Seamaster 300 from 1966 sports a black matte dial, with Arabic numerals at 3, 6, 9 and 12, and tritium hour markers. It features steel pencil minute and hour hands, also inlaid with tritium. Inside is the 24 jewelled, calibre 552 automatic movement. The 42mm case is fitted with period correct flat-link bracelet and features a 60-minute rotating bezel – demarcated all the way through to 60, displaying a nice build-up of patina over the years. The case on this example is particularly well-preserved but what I think adds to the overall character and allure is its warm inviting patina. Furthermore, it is accompanied by its Omega archives, confirming it was delivered to Italy.

Lot 167: Gerald Genta’s designs are iconic and the Nautilus and it is said he was inspired by the portholes of transatlantic ocean liners. The watch itself was named after Captain Nemo’s Nautilus submarine from Jules Verne’s Twenty Thousand Leagues Under the Sea. The ‘Jumbo’ case with wide flat bezel, integrated steel link bracelet, and ultra-thin automatic movement had a masculine aesthetic compared to the smaller dressy gold mechanical watches of the time. The 1976 introduction of Patek Philippe’s Nautilus would shake up the high-end watch world – for the first time Patek Philippe would offer a true sports watch and indeed follow the path of a competitor in AP’s then four-year-old Royal Oak. Still, the Nautilus remains a classic today and this example is one of the most intriguing examples we’ve seen over the years, due to its incredible light tropical brown dial.

The steel Nautilus perhaps points to its more utilitarian purpose, while the gold version, such as this lot, oozes flair, sophistication and suaveness. This 1978 Nautilus features a black sigma dial which has lightly patinated to a sandy copper tone. The hands and inlaid hour markers also show signs of aging. It comes on its original 18-carat solid yellow-gold Patek Philippe Gay Feres bracelet, which also appears to be in good but worn condition. Of course, beating away inside is the automatic calibre 28-235C aka the JLC 2121. The case is perhaps not the greatest example we’ve come across on our horological journey; however, it is honest.

Lot 195: The Rolex Explorer 1016 has always been the Rolex sports watch that has somehow sailed under the radar, in comparison to the brands big hitters; such as the Submariner, GMT and Daytona. The no nonsense of the 3-6-9 p dial perhaps lends to its more simplistic nature and by virtue probably makes it more underrated and underappreciated. That said, it is likely the reason why it remained hardly unchanged for nearly 30 years. As you’ll likely know from my in-depth article on the 1016, I am a massive fan of the Explorer and while this ref. 1016 to the layman doesn’t look particularly special, those “in know” will know it quite a rare variation.

This circa 1960 Rolex Explorer ref. 1016 features a black gilt gloss dial with applied luminous markers, 3-6-9 Arabic numerals and Mercedes hands. However, as mentioned, this one is a little bit special and you’ll notice it features a chapter ring, which is only seen on very early examples. As well as that, inside this Explorer ref 1016 is the 25-jewelled automatic calibre 1560 movement with butterfly rotor, signed Montres Rolex S.A. The case is in a good, honest, condition and comes on a brown leather strap.

Lot 212: I’ve always had something of a soft spot for Tudor, however, it wasn’t until quite recent that I really started to appreciate their so-called “Big Block” chronographs. Introduced in 1976, the third series of chronographs saw Tudor take a big leap, in terms of innovation and also in size. Unlike its big brother at the time, it would now feature automatic movements, making the Big Blocks the first self-winding chronographs from the Wilsdorf group – yup, well over a decade before Rolex introduced their first automatic Daytona chronograph; the Zenith-powered reference 16520. This was a big deal for Tudor at the time. The name “Big Block” came about because the rotor of the self-winding mechanism required a redesign – meaning the watch case had to be made deeper, hence the collectors’ term Big Block.

The first Big Block chronographs were the 9400 series, which ran until approximately the late 1980s. In the late 1980s these were replaced by the 79100 series; however, these pieces had a more Daytona-esque appearance. That said, they still retained their deeper “Big Block” cases. This particular 1989 Big Block features a matte black dial and contrasting white chronograph registers, positioned at 6, 9 and 12 – with a date aperture placed at 3 o’clock. It also sports a black acrylic tachy-o-meter bezel, much like Daytonas from the same period. Furthermore, this example appears to be in overall excellent condition.

I think it’s quite important to remember that the Big Block offers collectors an opportunity to own an Oyster chronograph at a very reasonable price point. Compared to the 36mm case of the Daytona, the 40mm Big Block makes it like rather small but this gives the watch presence on the wrist that feels contemporary yet looks very classic in form. For a good few years now there has been a lot of interest in the earlier two-register chronographs, which have attained the ‘grail-watch’ status amongst Rolex and Tudor collectors, i.e. the ‘Homeplate’ and ‘Monte Carlo’. But in my humble opinion the three register Tudor chronographs are yet to really ‘take off’.

Lot 239:The Polarouter, originally designed by Gerald Genta in 1954, comes in a variety of dial colours and metals. The example pictured here in steel has a silvered dial with a textured, mirrored chapter ring, and is in exceptional condition. It doesn’t have a date window like some Polarouters, but the sparseness of the dial does lend a certain quality to the watch – not to mention the space it does leave vacant for that all-important SAS crest.

The Polarouter was initially designed as an antimagnetic watch to meet the needs of the pilots of the Scandinavian Airlines System (SAS) that were flying over the North Pole to take a shortcut from Scandinavia to the American West Coast in 1954, with the first examples given the pilots and crew members upon the landing of the inaugural flight; such as this lot. The very early batches were named Polarouter but within the first few months of production the brand changed the name to Polerouter. Polarouters are therefore very rare as only a small number were produced over a short period of time. Considering its age, this example appears to be in overall good condition, with a dial that has patinated to a warm cream hue. The 35mm stainless steel case also appears to be quite well-preserved and comes on a black leather strap.

The Watches of Knightsbridge auction will take place on the 16th November 2019, at The Berkeley Hotel Ballroom & Belgravia Suite, make sure you visit their website for this month’s full catalogue.