Highlights from Watches of Knightsbridge May Auction 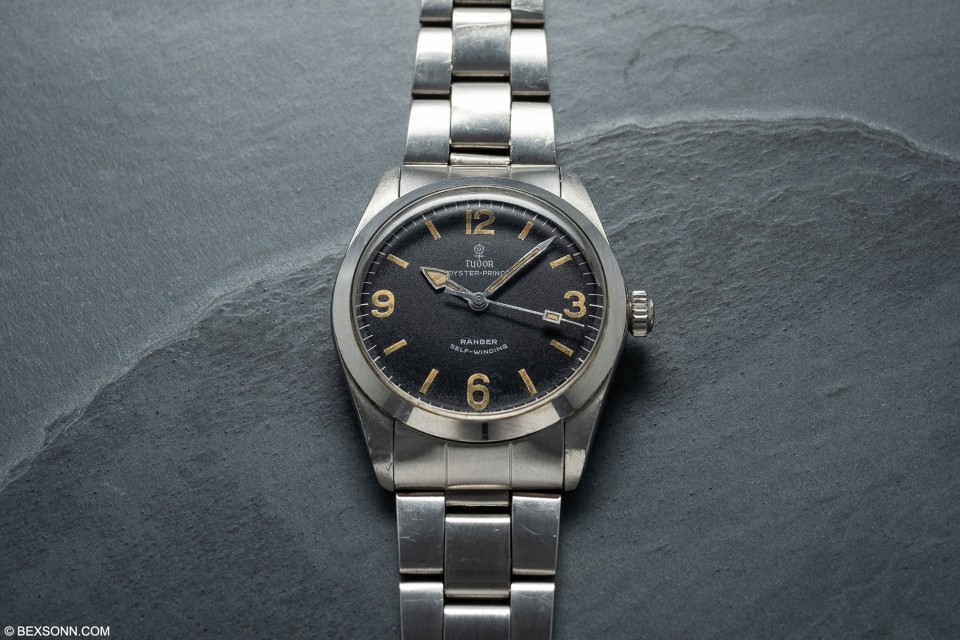 Spring is here and that means only one thing – it’s auction season. While we’ve yet to feel the full spring weather, the first Watches of Knightsbridge auction is nigh. We recently spent some time over at their South Kensington offices to have a look a select few pieces in this month’s upcoming May auction on the 14th. As per usual we decided to pick out some of our favourites lots and share our thoughts on them. 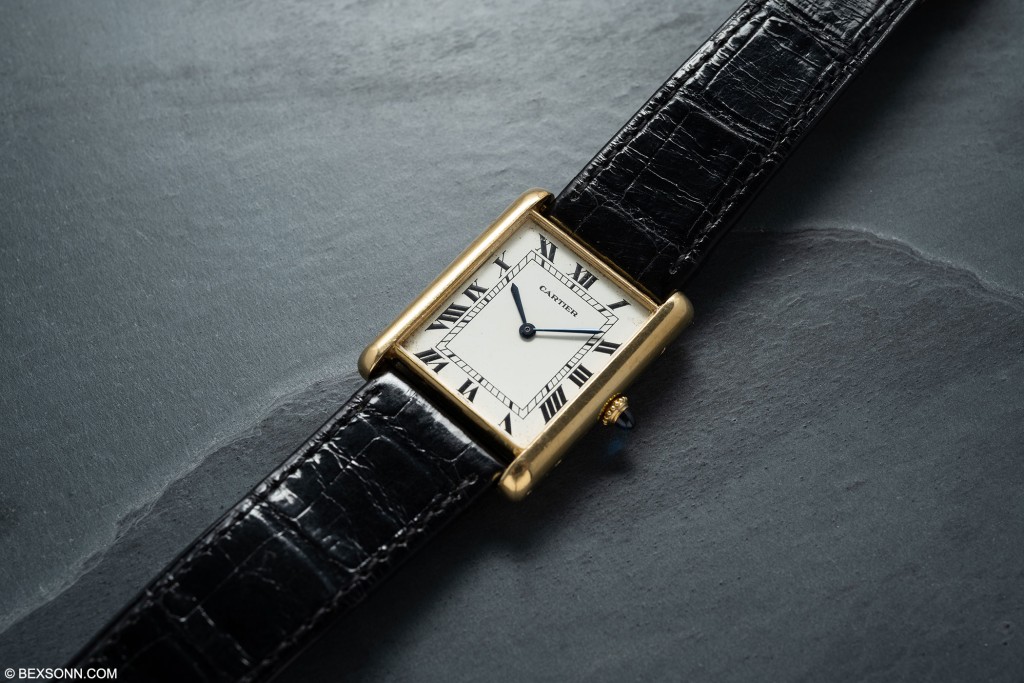 Lot 33: To think about the wristwatch and not mention Cartier is impossible, after all, it was Louis Cartier who revolutionised the watch industry and commercialised the wristwatch. After the successful launch of the Santos-Dumont in 1911, Louis Cartier embarked upon a quest to create another wristwatch. It was in 1917, that the world first laid eyes on the Cartier Tank, one of the most iconic designs in the watch world. The shape of the Tank was inspired by the armoured vehicles that proved essential during World War I. I think it is rather incredible that such an industrial inspiration led to such an elegant design, which remains timeless after a century. Cartier offered many variations of the Tank, and I have something of a soft spot for the rarer versions, such as this Paris Tank Louis “Jumbo” Automatique.

The modern watch wearer will of course note that vintage Tanks can be a bit on the small size, though this piece has no such issue as it is a “Jumbo” Tank. These pieces are thought to be something of a rare breed, measuring a decent 28mm in width and 34.5mm in height, with a slightness of 8.3mm, some distance in size from the classic model from the same era. Details can sometimes be lost when upsizing a classic watch, but this is where Cartier’s attention to detail shines. Cartier were able to retain the same design language as the original: with an 18k gold brancard case with the same soft roundness at the corners, the bold black Roman numerals, the black radial minute track, the blue sapphire cabochon crown, and the “Cartier” name in script with a “Paris” signature on the dial as finishing touches. The proportions have been well maintained though what is interesting is that this watch is fitted with a self-winding movement, a feature not seen often in vintage Tanks. 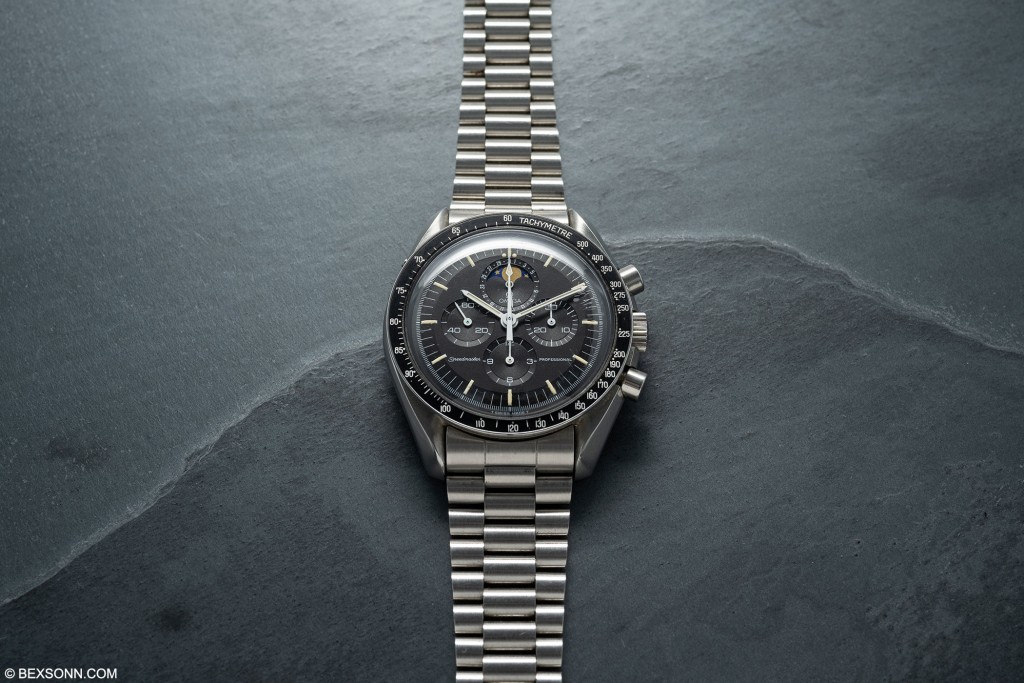 Lot 128: There was a period where vintage Omega Speedmasters came into their own and that trend has continued, with the straight-lug models of the CK2915, which is right at the top of the pyramid, the CK2998 (aka the Wally Shirra) and then the 105.003, also known as the ‘Ed White’ – which is perhaps more common than the first two mentioned but also more attainable. Then there’s the twisted-lug examples with the most coveted pieces being the Alaska Project examples. That said, there is still a healthy appetite for the post-moon examples that don’t really fall into the Moonwatch category but are a little odd to some. 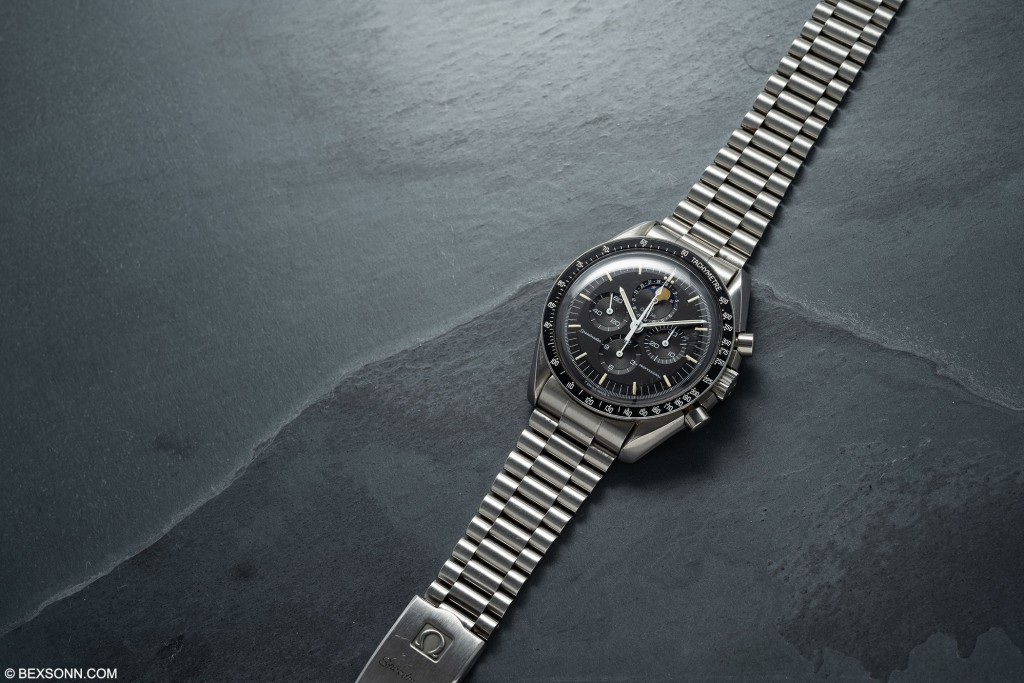 In 1985 Omega produced a limited run of the first of three moon phase chronographs. The first was called the Speedmaster Moonphase with case reference ST.345.0809, such as this example, and was produced in a limited production run of 1,300 pieces in stainless steel. It used an improved calibre 866 movement, which included a calendar indication at 12 o’clock with a moonphase indication. Both of these functions were controlled via push pieces on the upper left side of the case. This 1986 example is in excellent condition and comes accompanied with its box, outer box, and papers, as well as and open warranty card. 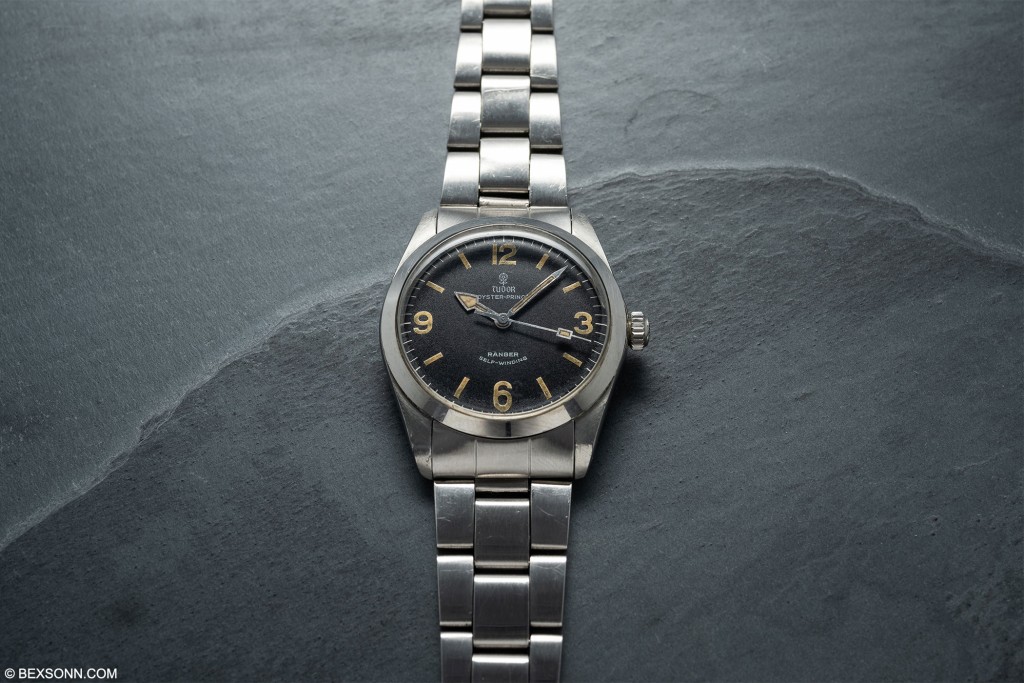 Lot 158: Over the past 5 years or so, Tudor have been on a bit of a role. Creating some of the most eye-catching reinterpretations of a handful of their iconic timepieces. Of course, this only leads to more interest in their past models and sparking a somewhat of a price increase in older models. As you likely known, the Tudor Submariner perhaps possesses one of the most iconic designs around during the 70s, though a piece you would’ve seldom come across is the Ranger. Tudor introduced the Ranger in the 1960s and was manufactured until the 1980s. However, Tudor reintroduced the Ranger in 2014, in a larger 41mm case but the design was slightly altered. The first Rangers were housed in a 34mm Oyster case, not too dissimilar to early Explorers, and featured a manual wound movement. Tudor eventually updated the Ranger with a self-winding movement and featured the option of a date window. 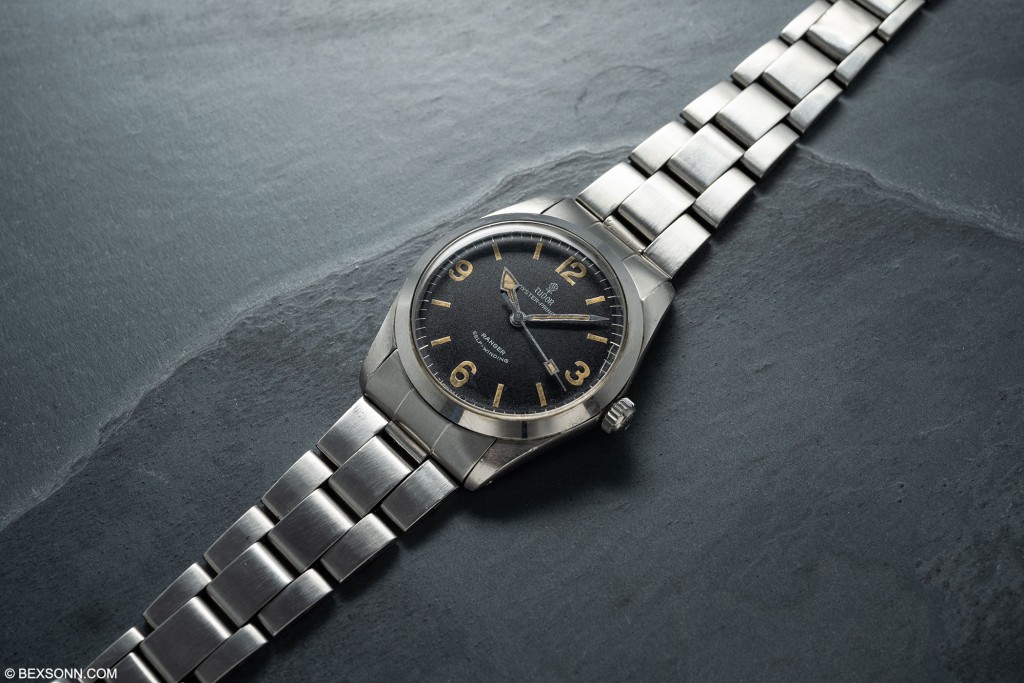 This circa 1969 Tudor Ranger ref. 7995/0 features a matte black dial, with applied luminous markers, 3-6-9-12 Arabic numerals and spearhead hands. You’ll of course note that the dial layout is remarkably like its big brother, the Explorer ref. 1016 – which these are often compared to. The Ranger features a Rolex-signed case, crown, and bracelet, with a Tudor signed dial and movement, which was common for Tudor to use Rolex-branded parts, other than the dial and movement – until the 1990s. Speaking of movements, beating away inside this Ranger is an automatic calibre 2483, signed Tudor Auto-Prince. The case is in good honest condition but what really makes this Ranger standout is the Rose logo dial, automatic movement, and omission of a date window, which is rather special.

The Watches of Knightsbridge auction will take place on the 14th May 2022 at 14:00 BST, to review the full catalogue visit watchesofknightsbridge.com.