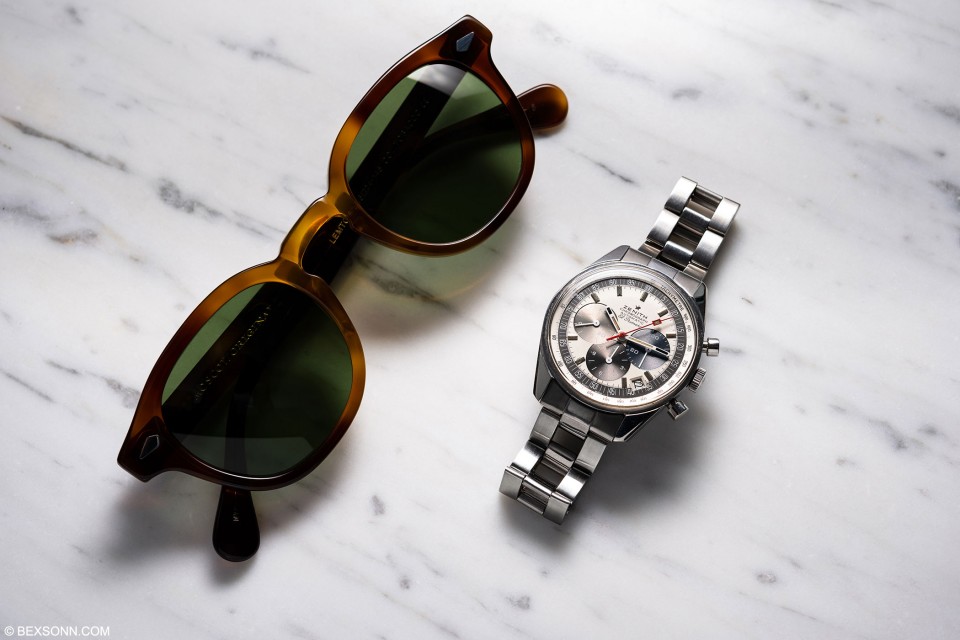 Spring is in the air… so is COVID-19 and for this reason over the weekend Watches of Knightsbridge hosted their first ever live online only March watch auction. Of course, it was perhaps no different for those of you who attend auctions in this manner but even so there was no live video feed of an actual human being at the rostrum bringing down the hammer, which also adds to the drama. Nonetheless, the show continued and all-in-all it would appear it was quite a successful auction but exactly how did the lots we highlight fair…?

Lot 83 was an IWC Ingenieur 666A, which is a rather curious watch in itself, considering how far it differs from its more modern but perhaps more appreciated successor. The Ingenieur was an iconic watch for IWC and this circa 1969 example, featured a distinctive silver sunray dial, applied hour markers and minute track. On top of this the watch came with the original box, guarantee, purchase receipts, booklets and two spare links and furthermore retained its IWC rice grains bracelet manufactured by Gay Frères, the master bracelet maker of the 20th century. It was up for sale for an estimated £4,500 – £5,500, however, this lot was passed and to be honest I can’t understand why, for the money I think it was a bargain.

We’re massive fans of Speedmasters here, with the CK2998 being one of my personal favourites from the pre-moon era of Speedmaster’s and as mentioned before is the first Speedmaster to be worn in space by Walter “Wally” Schirra during the Mercury program’s sigma 7 mission. That said, lot 103 wasn’t your ordinary run-of-the-mill CK2998. As mentioned on the original post, Speedmaster’s were issued to NASA’s astronauts but this particular example was purchased from the British Military suppliers NAAFI Geilenkirchen (an establishment created by the British Government back in 1921 to sell goods to servicemen and their families). This 1963 example had been overall rather well-preserved, with a dial was in good condition too. This of course didn’t go unnoticed and sold for £15,000 pre hammer fees.

The Tudor Submariner perhaps possesses one of the most iconic designs around during the 70s. Collectors use the name “Snowflake” to refer to the Tudor Submariners with reference 7016/0, 7021/0, 9104/0 and 9411/0 produced from 1965 to 1975 and some newer reissue models. This reference 9411/0 Tudor Snowflake Submariner that was up for sale was a superb example, in overall good condition with strong case proportions. The matte black dial was clean with square lume plots, which had aged to a deep creamy colour, though the hands are a tad lighter that could indicate they’ve been replaced at some point – though that may not explicitly be the case. Overall, it is in awesome condition and this was reflected by it hammer price of £5,200 pre-fees.

Last but not least, another favourite of ours; the Zenith El Primero A386. The El Primero is famously known for being the first automatic chronograph to grace the market – hence the name (The First). While it is debatable about who was first to market out of Heuer/Hamilton-Buren/Breitling, Seiko or Zenith, there is no doubt that it was Zenith who actually announced their automatic chronograph movement first, in 1969. This ref. A386 El Primero featured the iconic tri-colour, large overlapping chronograph registers, with date aperture at 16:30, baton hands and red chronograph sweeping-seconds hand. It also came on the much sought-after original Gay Frères “Ladder” bracelet and was in great, honest condition, with great patina – adding charm. But just how charming was it? When the hammer fell on this piece, it sold for £10,000 before fees.

There is no doubt that last week and the weeks ahead will be rather testing times for the human species and it’s conceivable that we’ll see more watch auctions move to an online only sale for the unforeseeable future. That said, collectors will have seen Watches of Knightsbridge March auction as a welcomed rest bite from the daily COVID-19 updates and everything else that is going on in the world, and this perhaps shows with their overall buoyant sales from this auction. Nonetheless, this pandemic that we are all dealing with is very real and is affecting many industries, none more so than the watch industry – so it was good to see technology make this auction possible. With that said; stay safe people.