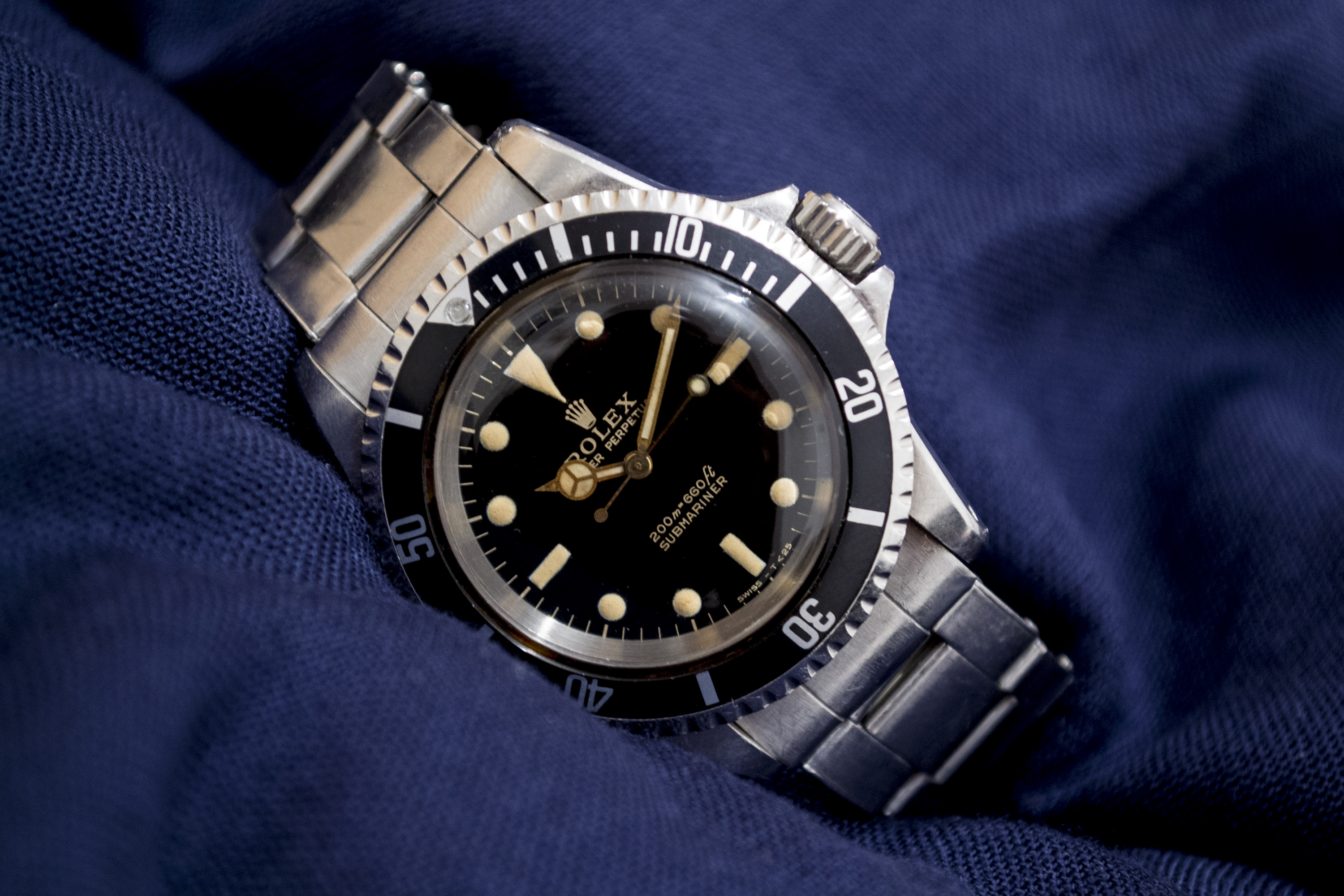 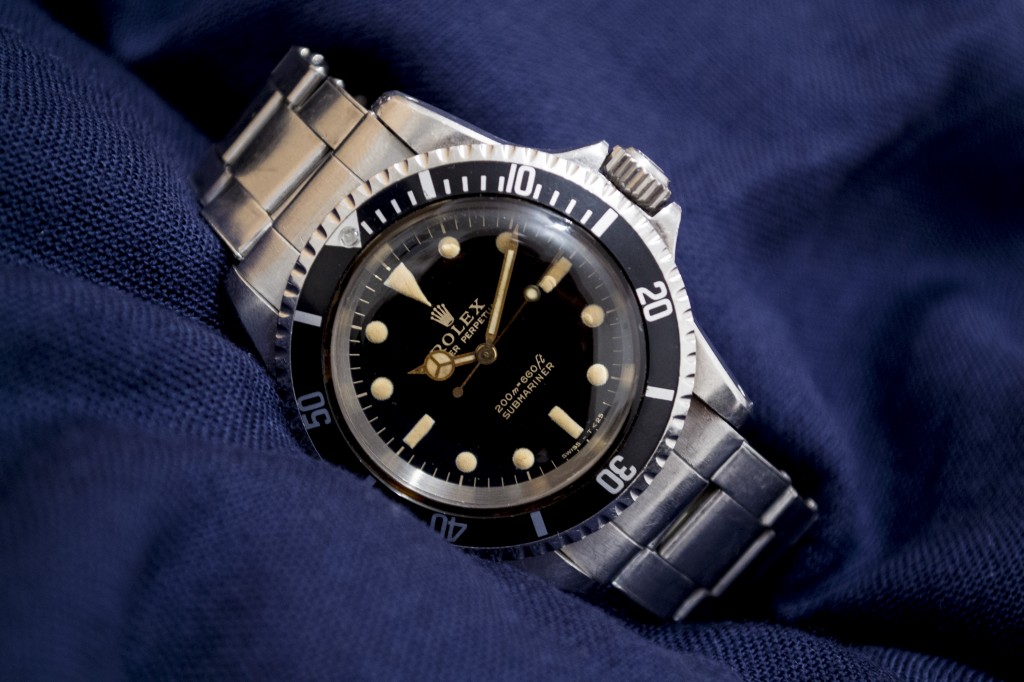 If you’re not familiar with the term gilt, it is used to describe the printing of the text on the dial – which is finished in gold. The reference 5513 was introduced in 1962, and replaced the reference 5508. The 5513 was produced from 1962 through June or so of 1990, which must be one of the longest continually produced references in Rolex history. The reference 5513 used calibers 1520 and 1530. Curiously, the caliber 1530 was used in both the 5513 and 5512 calibers for a time. The 5512 carried the C.O.S.C. certification while the 5513 using the same caliber did not have the chronometer certification.

You’ve just gotta love gilt dial Subs with their perfectly domed plexi glass – there is just something that is a little extra special about them. This particular Submariner is all original and still feels quite solid; apart from the hollow oyster bracelet, which has seen its fair bit of usage and if it could talk would probably tell you a story or two.  The patina on this Sub gives so much more attitude and warmth – which is something, unfortunately, you just don’t find in newer Subs….

Today, the 5513 is one of the most collectable Submariners and while it is still accessibly priced, market prices have almost doubled from 2003 to 2005.